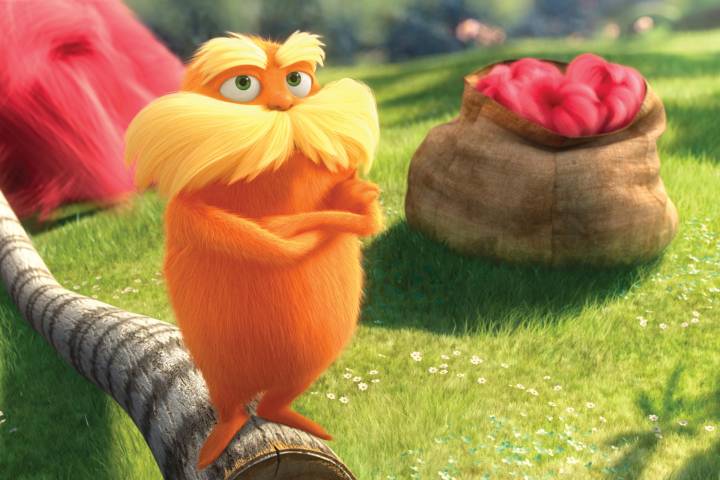 U.S. court strikes down pipeline’s approval with help from Dr. Seuss’ ‘The Lorax’

So said The Lorax in Dr. Seuss’ famous children’s book, and so said three judges in the U.S. Court of Appeals for the Fourth Circuit in Richmond, Va., as they vacated the approvals of a pipeline that was set to cross the Appalachian National Scenic Trail (ANST).

The case concerned the Atlantic Coast Pipeline (ACP), a proposed 973-kilometre natural gas project that was to be built between North Carolina and West Virginia.

Once realized, the pipeline’s route would have crossed just over 34 kilometres of forest land as well as the ANST, a popular hiking trail overseen by the National Park Service (NPS).

The pipeline proponents were granted a special use permit (SUP), a record of decision (ROD) and a right of way by the U.S Forest Service.

Those approvals were challenged by numerous groups, including the Sierra Club, the Cowpasture River Preservation Association, the Shenandoah Valley Network and the Virginia Wilderness Committee.

The groups argued that the approvals violated three laws: the Forest Management Act, the National Environmental Policy Act and the Mineral Leasing Act.

The decision’s timeline began on April 27, 2015, when the Forest Service had provided “scoping comments” as the Federal Energy Regulatory Commission (FERC) readied an Environmental Impact Statement (EIS) for the project.

At the time, the Forest Service said that the EIS had to look at alternate pipeline routes that wouldn’t cross national forest land, and noted the service’s policy that says “special uses on national forest lands” can only be those that “cannot reasonably be accommodated on non-National Forest System lands.”

The Forest Service also relayed concerns about landslide risks, slope failures and threatened and endangered species that could be affected by the pipeline.

The pipeline proponent, Atlantic Coast Pipeline LLC, would apply to build the project in September 2015, and later for a special use permit to operate the project on forest lands.

Downed trees and surveyors sticks mark the route of the Atlantic Coast Pipeline in Deerfield, Va., Thursday, Feb. 8, 2018. Work is progressing on clearing a path for the pipeline.

The Forest Service requested of the proponent 10 site-specific stabilization designs for some areas with difficult terrain, so that it could demonstrate the efficacy of its efforts to manage the stability of steep slopes.

Two such designs were presented at a meeting with the Forest Service on Nov. 21, 2016.

Atlantic met with the Forest Service again on Feb. 17, 2017 to talk about the 10 site-specific stabilization designs.

At that meeting, the proponent said the first two designs it showed before were for “demonstration purposes” and that it wasn’t devising the remaining eight at the time.

The service said it wanted to see “actual information, including specs on the actual controls and protocol on how they will be installed, not conceptual drawings.”

The Forest Service subsequently said conclusions reached in the draft environmental impact statement were “premature given the incomplete information used to make them.”

It was worried that conclusions had been reached “prior to requiring the necessary information to substantiate what must otherwise be presumed to represent judgments based on incomplete information.”

The service would also express concern about a draft biologic evaluation, which showed, among other matters, that the project could displace certain sensitive species — the little brown bat, for example, could experience a loss of habitat.

Atlantic argued that such losses would be offset, but the Forest Service said the loss of habitat should be considered a “long-term impact given the time period required for recovery.”

The Forest Service would change its tune as deadlines set down by Atlantic drew closer.

On May 14, 2017, the service issued a letter to FERC and Atlantic, saying it wouldn’t need to see the remaining eight site-specific stabilization designs in order to approve the pipeline.

Those designs could be reviewed after approval, and before construction actually started.

The service said the two designs it already saw were “adequate for the purposes of disclosing the environmental effects” linked to the pipeline.

FERC would release the final environmental impact statement on the pipeline on July 21, 2017.

Later in the year it would issue a final record of decision, as well as the special use permit, and in January 2018, grant the project a right of way across the Appalachian Trail.

Then, the environmental groups filed their court challenge.

The court of appeals agreed with them on numerous matters — enough that it decided to vacate the Forest Service’s record of decision and special use permit that granted the pipeline a right of way.

Speaking about violation of the National Environmental Policy Act (NEPA), the court said the Forest Service “acted arbitrarily and capriciously” in adopting the final environmental impact statement and granting the special use permit.

The court said the Forest Service should “explain its decision that receiving only two of the eight site-specific stabilization deigns was ‘adequate’ to determine the environmental impacts of the project.”

The court’s decision concluded with the quote from The Lorax, saying the Forest Service “abdicated its responsibility to preserve national forest resources.”

“This conclusion is particularly informed by the Forest Service’s serious environmental concerns that were suddenly, and mysteriously, assuaged in time to meet a private pipeline company’s deadlines.”

Its decisions around the pipeline were vacated and they were remanded to the Forest Service for further review.