The report is the first time in U.S. history that the government has attempted to comprehensively research and acknowledge the magnitude of the horrors it inflicted on Native American children for decades. But it falls well short of some independent estimates of deaths and does not address how the children died or who was responsible. The report also sheds little new light on the physical and sexual abuse generations of Indigenous children endured at the schools, which were open for more than 150 years, starting in the early 1800s.

The report and an accompanying news release acknowledge the harms to Indigenous children but stop short of offering an apology from the federal government, which tribal leaders have been requesting for decades. Last month, Pope Francis apologized for the Roman Catholic Church’s role in Canada’s boarding school system, and First Nation leaders there are asking him to apologize in person when he visits the country this summer.

Interior Secretary Deb Haaland's grandparents were both 8 years old when they were forced to attend boarding school, she said Wednesday at a news conference. “Many children like them never made it back to their homes. Each of those children is a missing family member, a person who was not able to live out their purpose on this Earth because they lost their lives as part of this terrible system,” Haaland said, holding back tears.

The trauma caused by federal Indian boarding school policies — including the separation of children as young as 4 years old from their families — dates back generations and is ongoing, Halaand said. The report is the first step toward understanding what assistance people need to overcome that trauma, she said, including mental health services and language revitalization, since children were abused and forbidden from speaking their native languages at the schools.

"Even though it’s ceased or stopped in many places, the vestiges of it is still continuing today," said James LaBelle, Sr., who is Inupiaq and a vice president of the National Native American Boarding School Healing Coalition, a nonprofit that helped compile the report and advocates for survivors of Indian boarding schools. 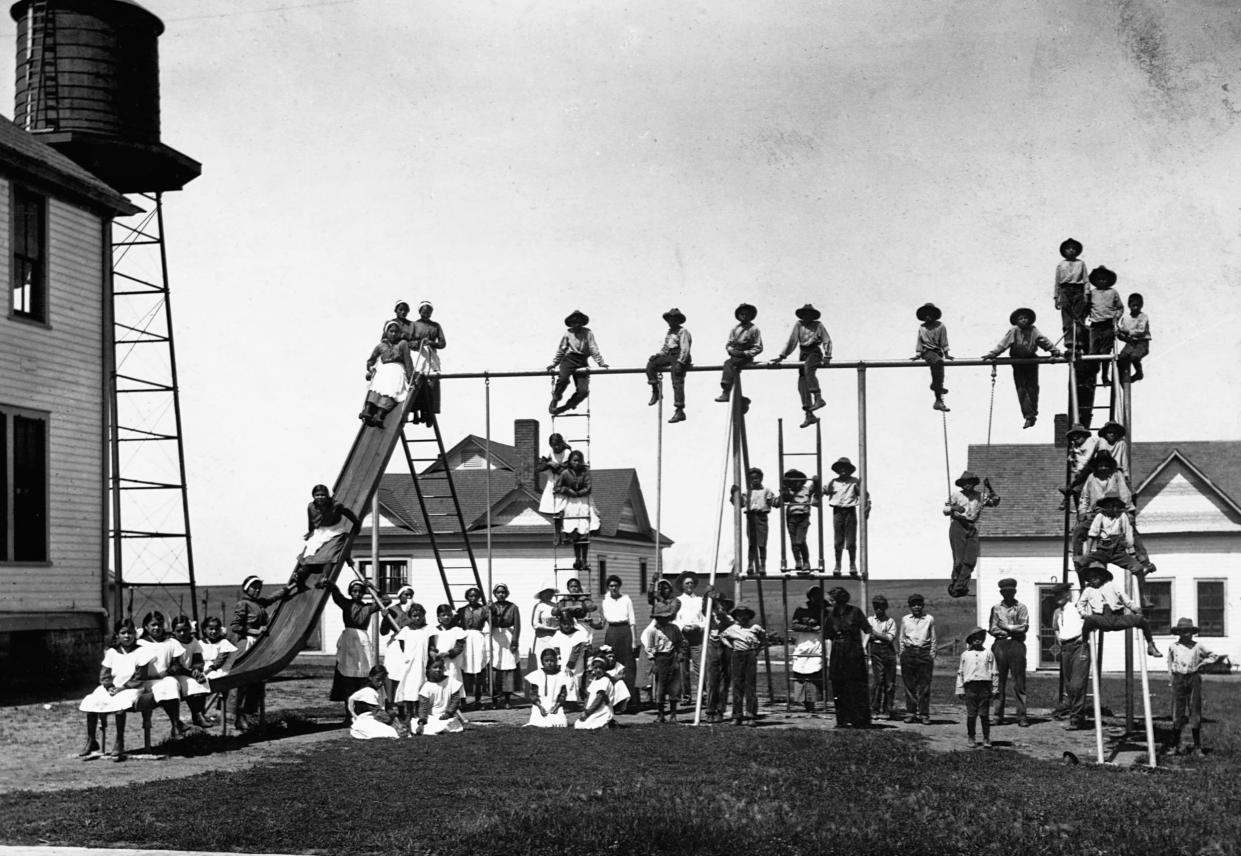 The report identified more than 500 child deaths after examining records for 19 of the facilities, a small share of the total number of schools identified. “As the investigation continues, the Department expects the number of recorded deaths to increase,” it states. The number is significantly less than some estimates, which are in the tens of thousands.

“The United States doesn’t even know how many Indian students went through these institutions — let alone how many actually died in them,” said Preston S. McBride, an Indian boarding school historian and a Comanche descendent. McBride has found more than 1,000 student deaths at the four former boarding schools he has studied, and estimates the overall number of deaths could be as high as 40,000.

“Basically every school had a cemetery,” he said. “There are deaths at or deaths because of virtually every single boarding school.”

Those deaths were the result of everything from illness to abuse, McBride said, based on his review of historical records, including letters written by students, parents and administrators. Getting to the true number would take a significant amount of time and research, McBride said. “I think we have a long way to go.”

The report notes the investigation will likely "reveal the approximate number of Indian children who died at Federal Indian boarding schools to be in the thousands or tens of thousands.”

The Interior Department’s investigation located 53 gravesites across the country — a number that is also expected to increase — but did not name the schools to prevent “well-documented grave-robbing, vandalism, and other disturbances to Indian burial sites.”

Haaland, a citizen of the Laguna Pueblo and the first Native American to lead the department, announced the investigation last June. It is intended to provide a basis for how the U.S. government will reckon with its troubling history by researching and locating potential gravesites, repatriating children’s remains and offering resources and access to the affected Indigenous communities to address the ongoing impact of the boarding schools. 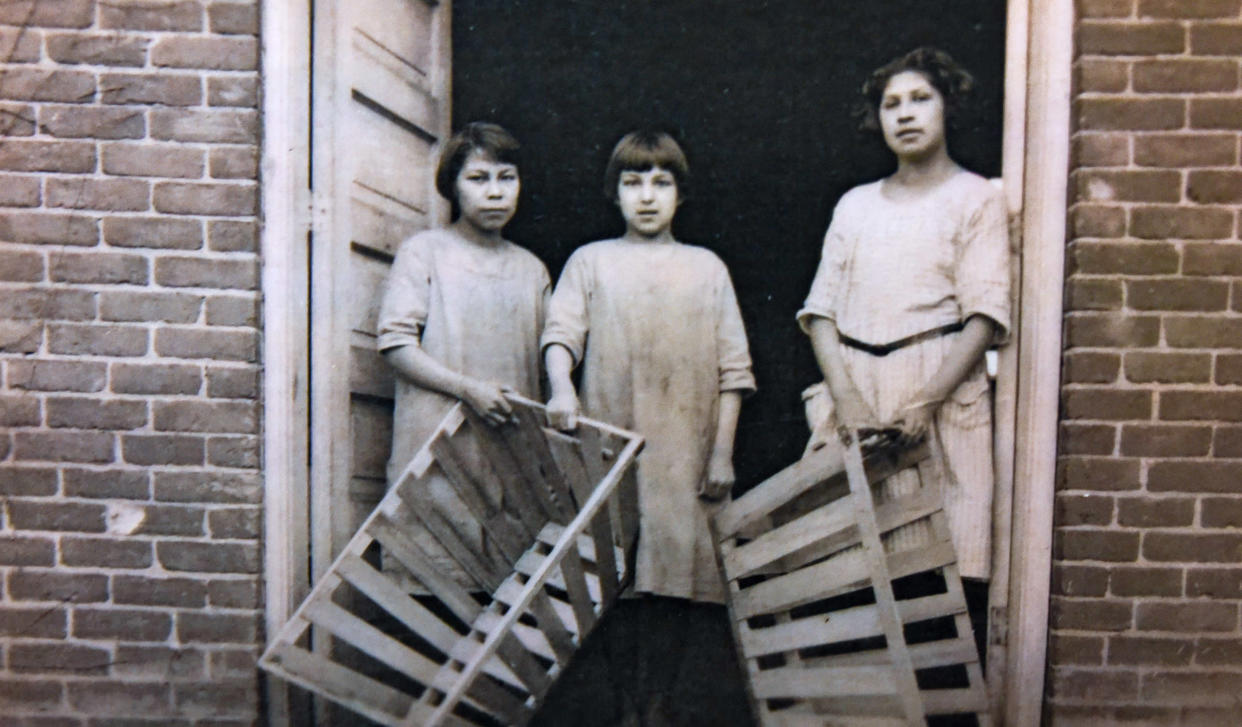 Assistant Secretary of the Interior Bryan Newland, who led the investigation and is a citizen of the Bay Mills Indian Community (Ojibwe), said most of the staff who worked on the report for the department are Indigenous.

Their work has helped place the Indian boarding school system in its historical, legal and policy context, he said

“It’s been an exhausting and emotional effort for them to confront this horror on a daily basis to bring this information to you,” Newland said at the news conference, pausing several times to collect himself. “This has left lasting scars for all Indigenous people. There’s not a single American Indian, Alaskan Native or Native Hawaiian in this country whose life hasn’t been affected by these schools.”

Beginning in the early 1800s, the U.S. government stole Native American children from their communities and forced them to attend Indian boarding schools, where they were stripped of their languages and traditions, given English names and trained to perform military drills.

The report found 408 schools in 37 states that were established from 1801 to 1969 and received funding or other forms of support from the federal government. Half of them also received support from religious institutions or organizations, “including funding, infrastructure, and personnel,” the report found. Many of the religious institutions were also paid by the government for each Indigenous child they placed in the boarding school system.

The report found that the U.S. government “targeted” Indigenous children as part of its efforts to assimilate them and dispossess their tribal nations of land, and it lays out the history of that method, developed largely by Thomas Jefferson. While the history may be new to many Americans, it is familiar to many in Indian Country. Survivors and their families have documented countless examples of systemic abuse and generational trauma, as some of the schools remained open into the 1990s. 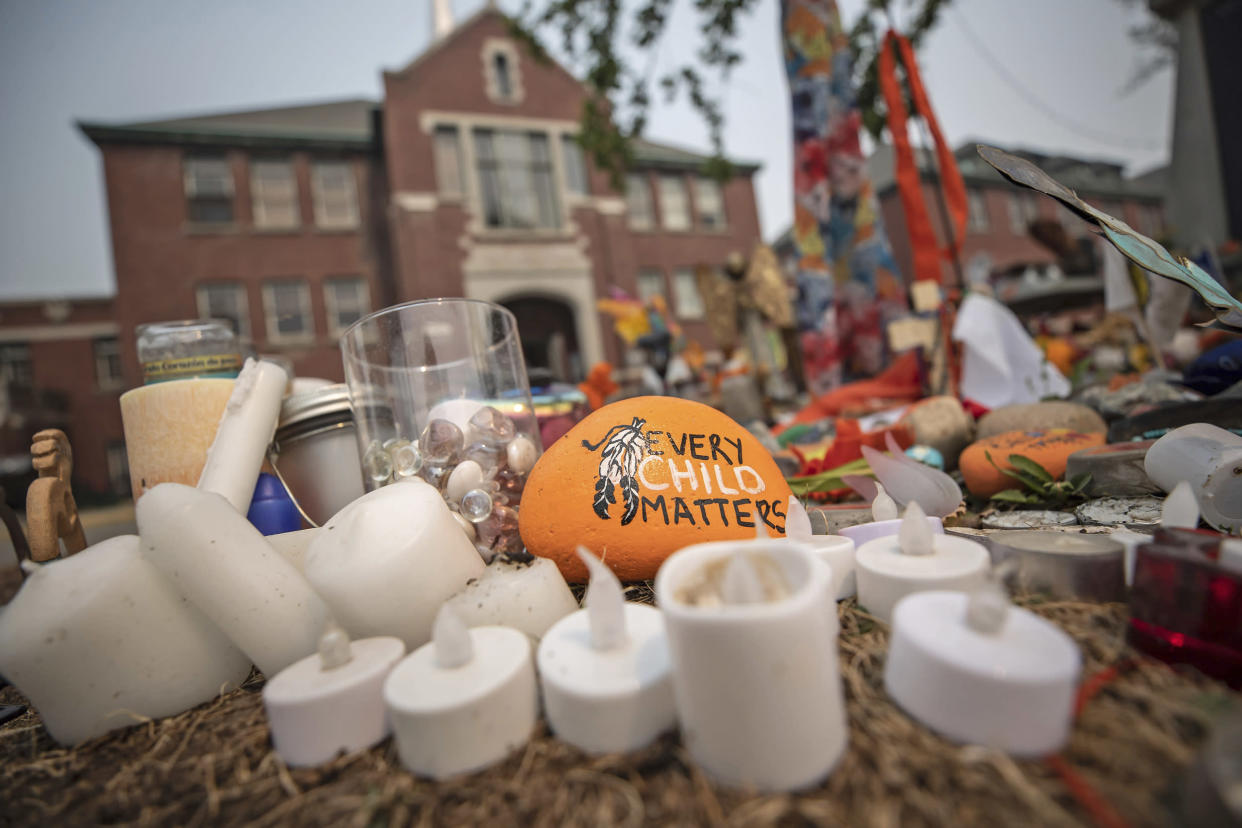 The report, which is intended to be a first step, includes a recommendation for a continuing investigation and additional funding. Other recommendations include creating a repository for the information gathered from federal agencies and private institutions and providing more funding for the Native American Graves Protection and Repatriation Act, the federal law that regulates the repatriation of Indigenous remains.

While the report acknowledges an era of violence perpetrated on Native American children, it does not ensure that the government will take any immediate steps to address the devastation left by its policies. The report notes that the federal government has never provided a forum for survivors or their descendants to voluntarily detail their experiences.

The report is just a first step and only scratches the surface of the boarding school-era's legacy, Haaland said. She will be conducting a year-long tour of Indian Country to give survivors the opportunity to share their stories and create a permanent oral history, she said, as well as connect them with trauma-informed support.

In Canada, following the establishment of a truth and reconciliation commission, the government recently set aside $4.7 billion to support Indigenous communities affected by its residential schools. The U.S. has no similar commission. Congress has provided $7 million to the Department of Interior for its investigation, Newland said. 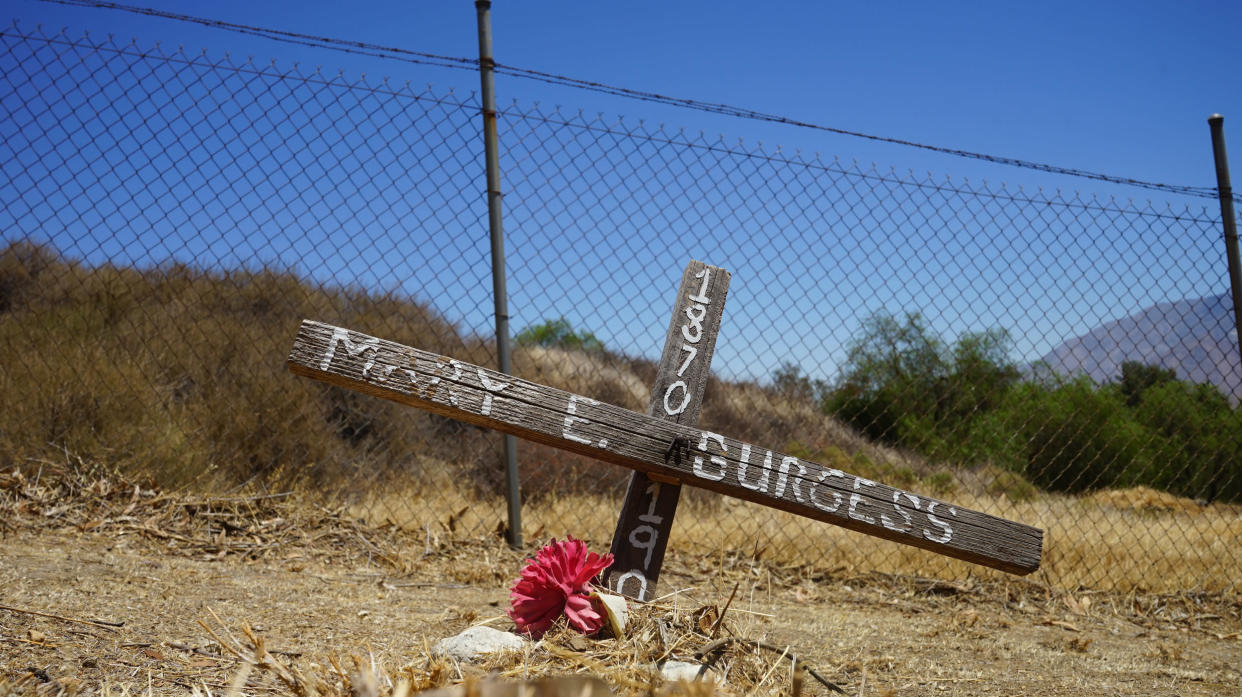 Two measures before Congress could change that. Bills by Sen. Elizabeth Warren, D-Mass., and Rep. Sharice Davids, D-Kan., a citizen of the Ho-Chunk Nation, would create a truth and reconciliation commission on Indian boarding schools, offering a framework for how the government responds to the tribal nations and citizens its policies have negatively affected.

The House Natural Resources Committee will hold a hearing on the legislation Thursday, and boarding school survivors can submit testimony about their experiences until May 26.

Even if the measures pass, they would still leave open legal loopholes that limit the government’s ability to investigate the history of boarding schools, including an exemption that allows some religious organizations to opt out. The Native American Graves Protection and Repatriation Act applies only to land that is under federal control or institutions that receive federal funding. The government has little control over gravesites on private land and records held by private organizations — like the Catholic Church, which operated several Indian boarding schools.

The report does not address that issue, but it does recommend that the second phase of the investigation compile a list of organizations that supported and benefited from the Indian boarding school system. And it recommends consultation with tribes for the reclamation and co-management of burial sites. Still, the recommendations do not include a clear path to action.