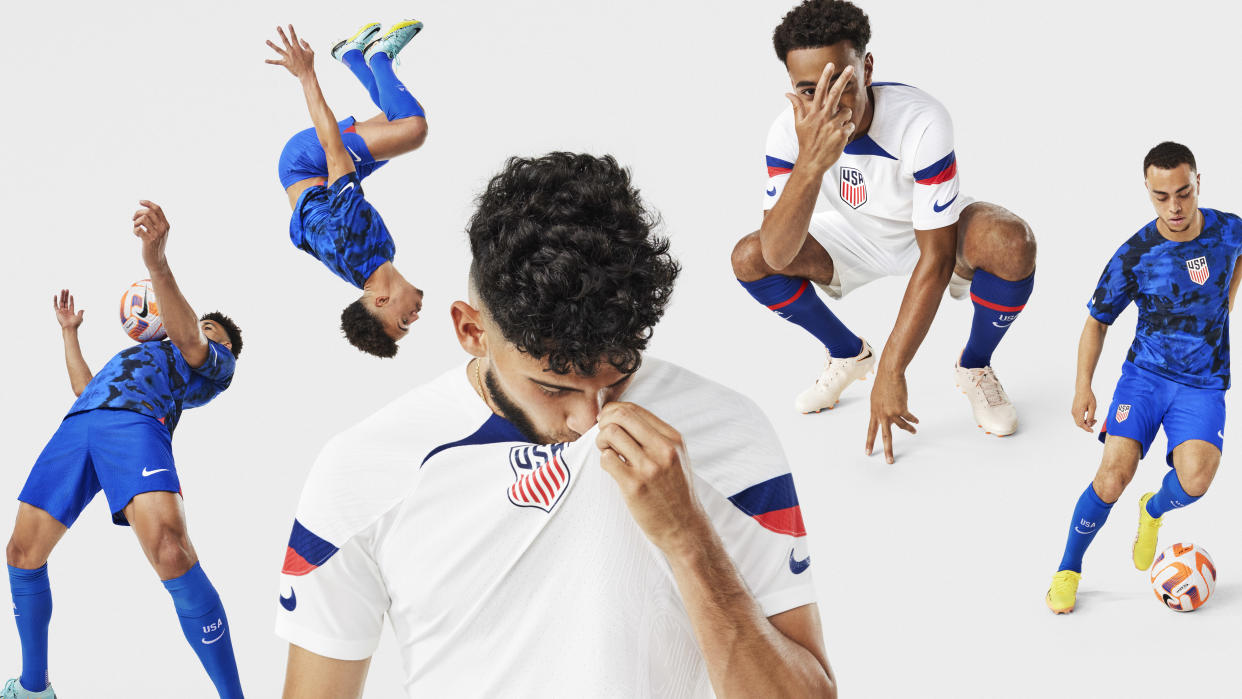 Long before Nike’s Thursday release of the U.S. men’s national team’s 2022 World Cup kits, and even before the jerseys leaked last month, some USMNT players got to glimpse and even model the threads they’ll wear in November — and Weston McKennie, midfielder and fashion aficionado, “tried to tell them.”

“Them” was presumably Nike and U.S. Soccer. Players, Tim Weah said, were “just as angry” as fans now are. But by then, they had no recourse.

Nike officially unveiled the jerseys early Thursday morning, along with 11 other World Cup kits, including those for Portugal, France and Brazil. The U.S. home jersey is a relatively plain white design. 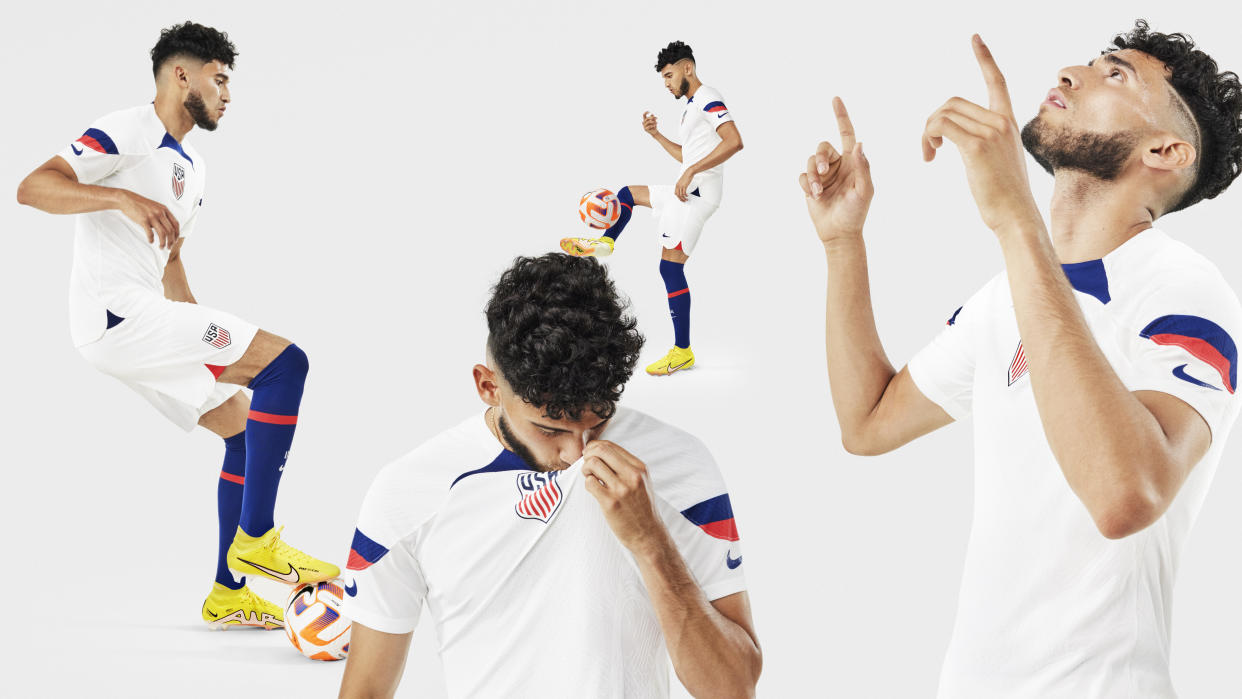 The away kit features a tie-dye blue top to go with solid royal blue shorts and socks. 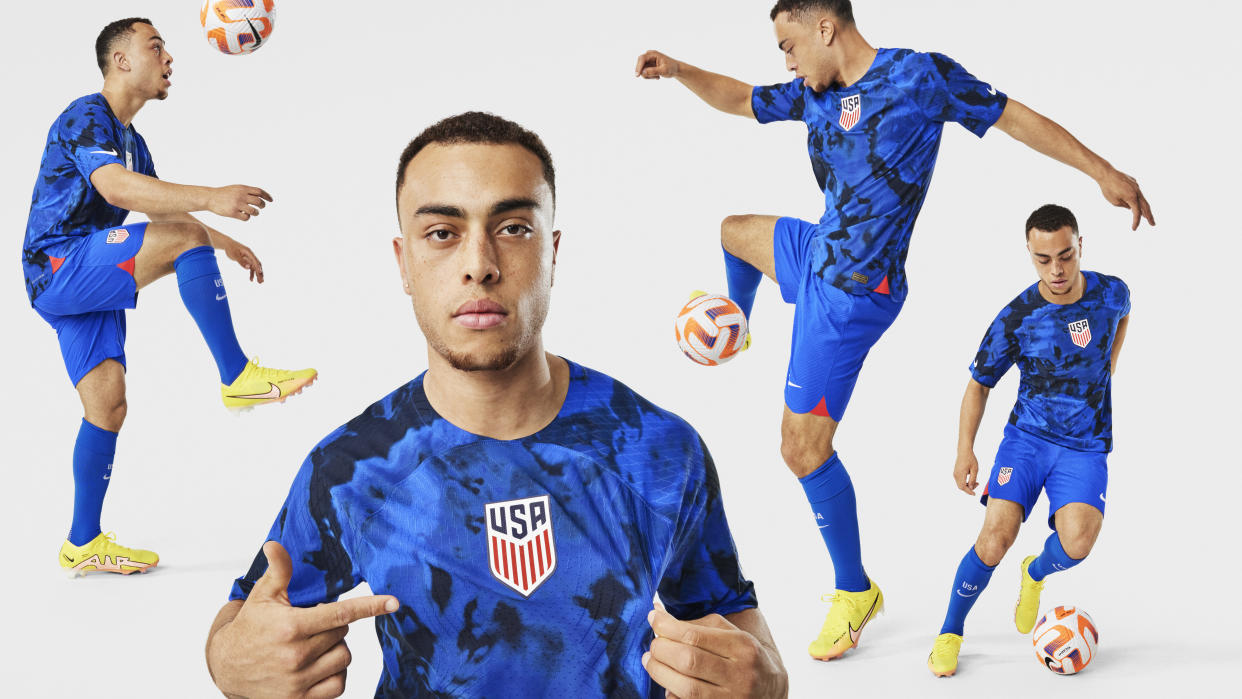 The U.S. women’s national team will also wear both kits, then will get their own new kit ahead of next summer’s Women’s World Cup, a U.S. Soccer spokesman told Yahoo Sports.

In a press release trumpeting the U.S. kits, Nike said they were “inspired by insights and conversation with athletes.” But the three athletes who’ve spoken about them — McKennie and Weah in Instagram comments, and midfielder Yunus Musah on a Zoom call last month — have indicated that USMNT players are unimpressed.

Musah, who has perhaps the most positive personality on the entire roster, was asked about them and said: “The kits are — yeah, they’re the kits that they made, you know. I’m sure they’ll look good on us on the pitch.” 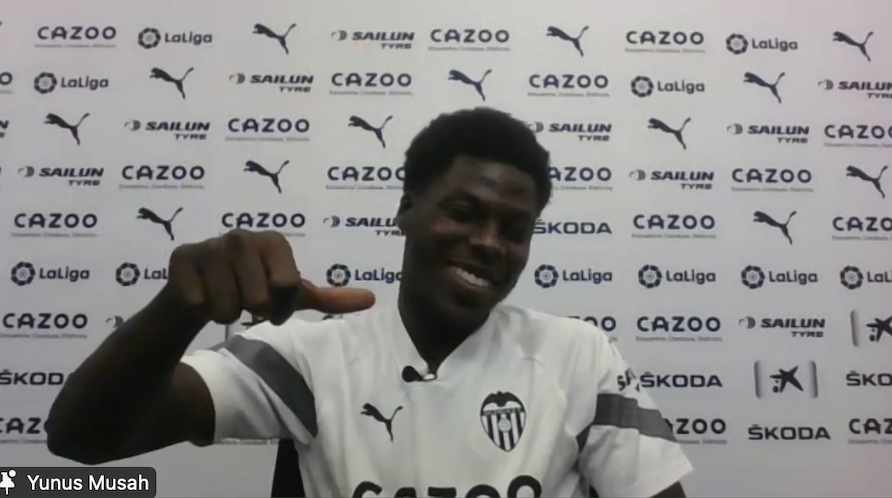 How the USMNT kits were designed

Nike, which has not yet responded to detailed questions from Yahoo Sports about how the kits came to be, said in its release that the white “uniform design cues include bold stripes, an enlarged center crest akin to basketball jerseys, double Swooshes on the sleeves reminiscent of those used on American football jerseys, the unique shoulder and sleeve cut-and-sew construction and pattern of a hockey jersey, and timeless block lettering.”

The away kit took “inspiration from design techniques found throughout the American fashion and streetwear industry,” the apparel company said. “Nike’s design team employed a unique ice-dying technique to create a vibrant, youthful print that brings the kit to life.”

Fans, though, have come out fiercely against both designs. Many have compared both jerseys to warmup shirts or training tops. In social media comments, they’ve pled futilely with Nike and U.S. Soccer for a rethink.

Privately, some U.S. Soccer officials like the tie-dye blue, and think it will sell well as long as the team performs well. Past USMNT and USWNT jerseys that were initially ridiculed, such as the “Waldos” and “Bomb Pops,” are now celebrated. They often look far better on the field than in leaked photos, and better when numbers are added to relatively minimalist designs.

But the designs also aren’t really in U.S. Soccer’s hands. Nike solicits and accepts input, but takes the reins for the majority of the process — in the making of the USMNT kits and others.

Nike also released jerseys for all but one of the other 2022 World Cup participants that it outfits. It said the material for all of them would be “cutting-edge” and “lightweight.”

The only Nike kit not yet fully revealed is England’s. The ones included in Thursday’s release were (from left to right and top row to bottom bottom): U.S., Saudi Arabia, Portugal, Qatar, Poland, Netherlands, Croatia, France, Canada, Brazil, South Korea, Australia. 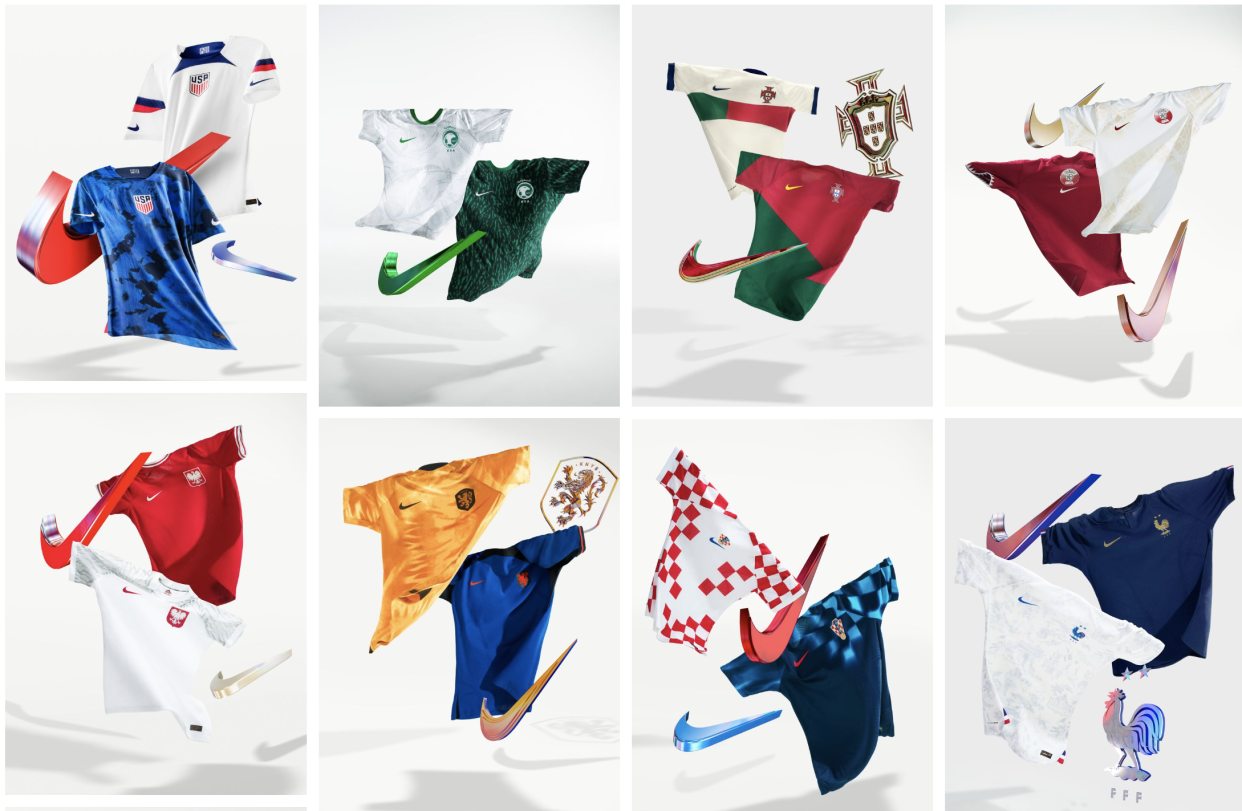 Adidas and Puma have already released World Cup jerseys for their national teams — including Mexico, Germany, Argentina and Belgium (all Adidas), and Ghana, Senegal and Uruguay (Puma).

The tournament begins Nov. 20 in Qatar. The U.S. and other countries will debut their new kits in friendlies next week.