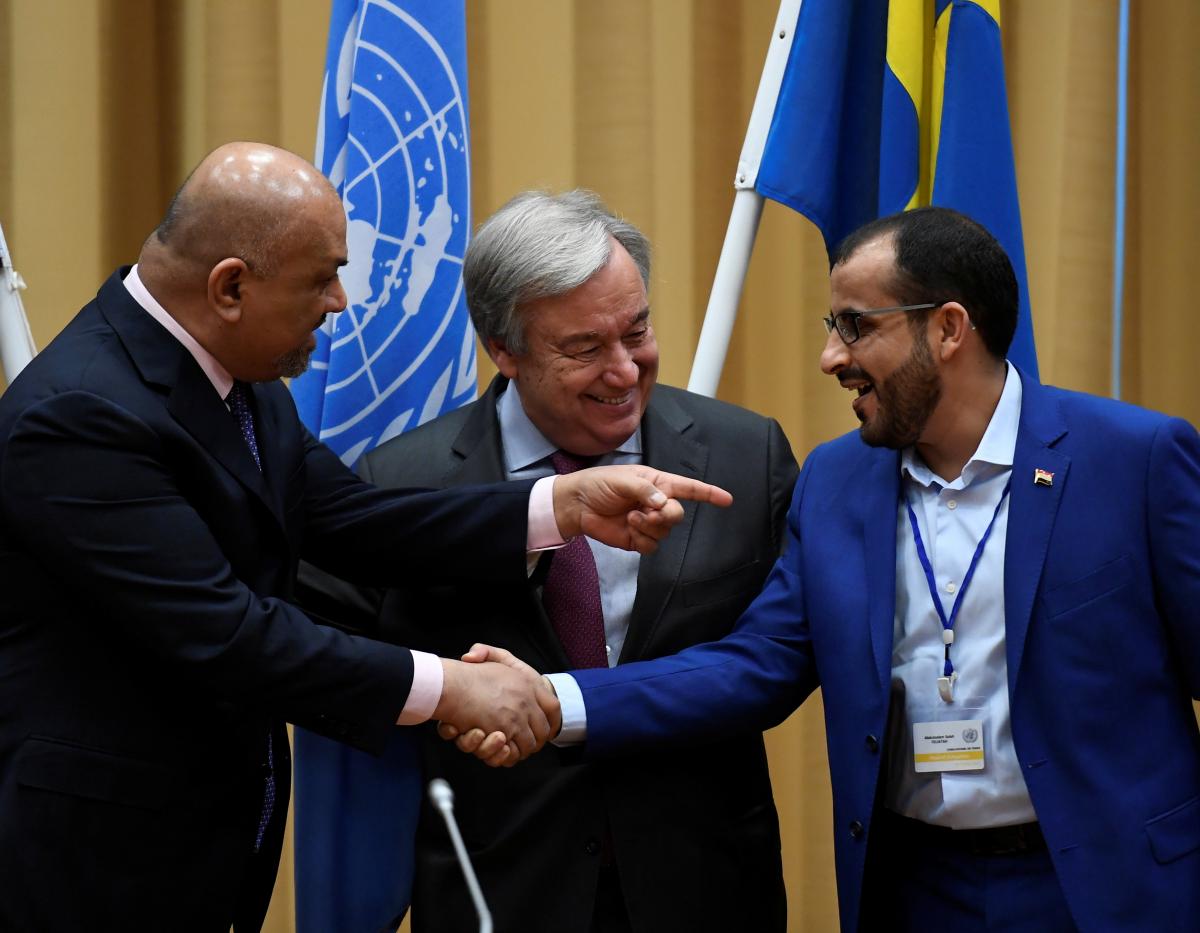 UNITED NATIONS (Reuters) – The U.N. Security Council is considering a draft resolution that asks U.N. chief António Guterres to submit proposals by the end of the month on how to monitor a ceasefire agreed by Yemen’s warring parties for the key port city of Hodeidah, diplomats said on Monday. 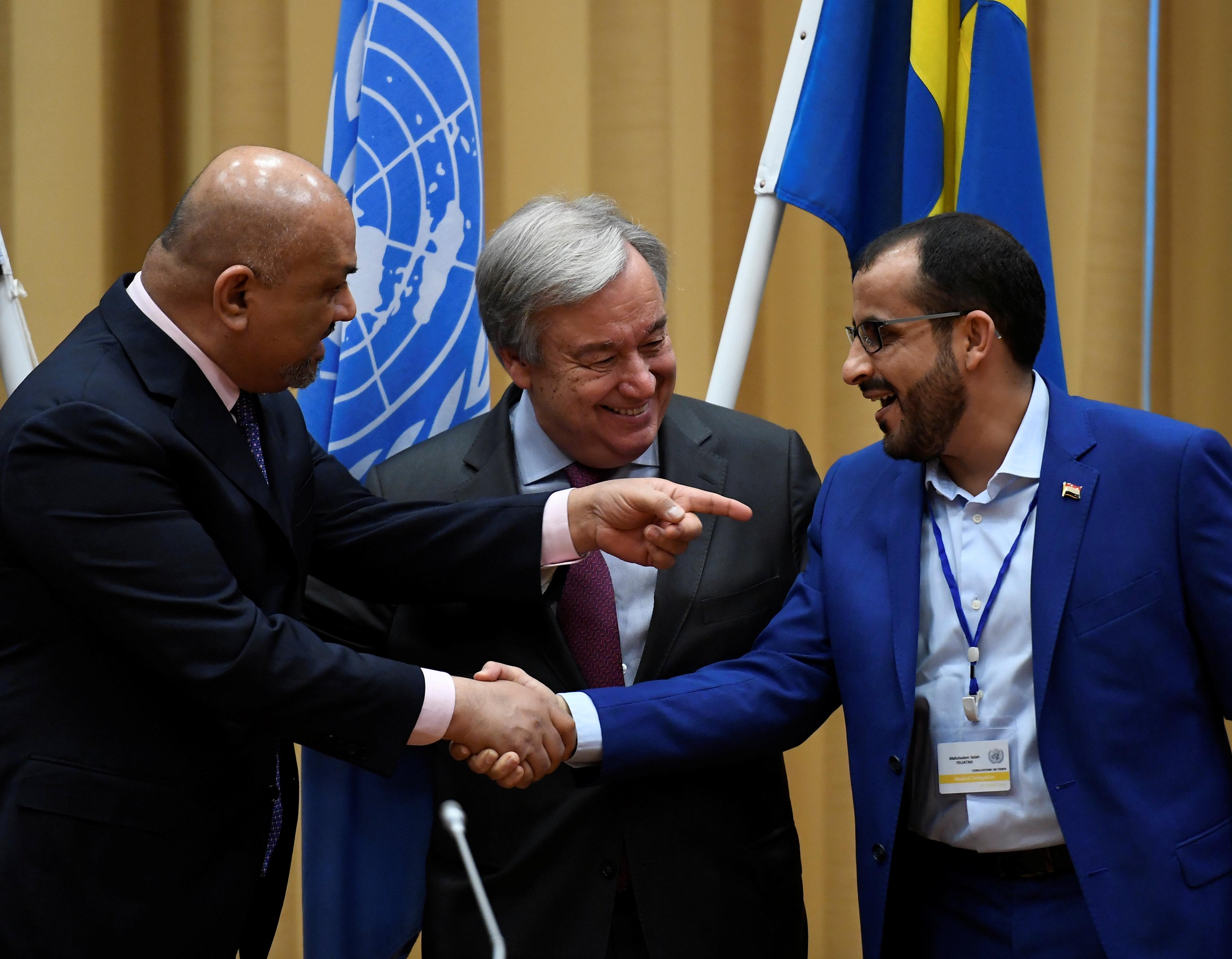 The Iranian-aligned Houthi group and the Saudi-backed government of Abd-Rabbu Mansour Hadi agreed on Thursday after a week of U.N.-sponsored peace talks in Sweden to cease fighting in the Red Sea city and withdraw forces.

The ceasefire begins on Tuesday in Hodeidah.

Britain circulated the draft resolution to back the deal to the 15-member Security Council on Monday. It was not clear when it would be put to a vote. A resolution needs nine votes in favor and no vetoes by the United States, France, Britain, China or Russia to pass.

The draft, seen by Reuters, asks Guterres to submit proposals on “how the United Nations will support the Stockholm Agreement as requested by the parties, including, but not limited to, monitoring operations for the ceasefire and mutual redeployment of forces from the city of Hodeidah and the ports of Hodeidah, Salif and Ras Issa.”

The Houthis control most towns and cities, including Hodeidah and the capital Sanaa, from where they ousted Hadi’s government in 2014, prompting a Saudi-led military coalition to intervene. The government is now based in the southern port of Aden.

U.N. spokesman Stephane Dujarric told reporters on Monday that the monitoring operation led by Cammaert would fall under the authority of Griffiths. He said the logistical and security details were still being worked out.

“It will be part of the existing mandate that Mr Griffiths has … This is not a peacekeeping mission, they will not be armed,” Dujarric said. “We look forward to very strong support from the Security Council.”

The conflict has pushed Yemen, the poorest country on the Arabian Peninsula, to the verge of famine, and millions of people rely on food aid. More than 80 percent of Yemen’s imports used to come through Hodeidah port, but that has slowed to a trickle.

The draft resolution “calls on all parties to the conflict to take further steps to facilitate the unhindered flow of commercial and humanitarian supplies including food, fuel, medicine and other essential imports and humanitarian personnel into and across the country.”