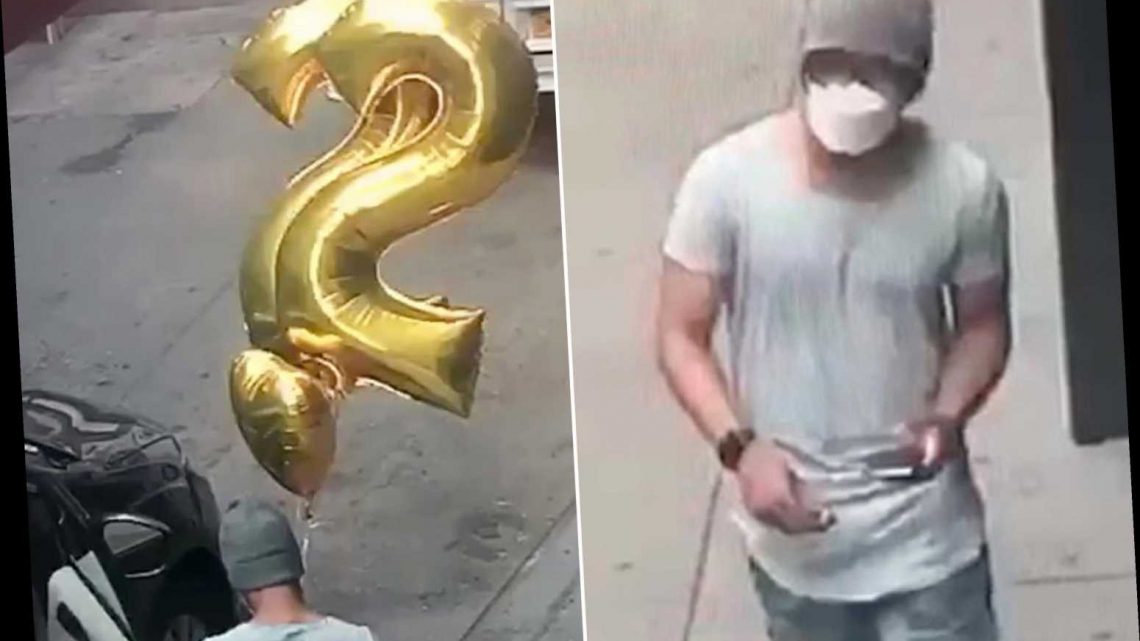 Less than two days after Fahim Saleh was murdered and dismembered in his Lower East Side pad,  his accused killer and trusted employee, Tyrese Haspil, was ready to party.

Despite being the subject of an NYPD manhunt, stunning footage obtained Saturday by the Post  shows a carefree Haspil with a mystery woman by his side, enjoying the swanky neighborhood only a mile from the murder scene — and picking up a bouquet of birthday balloons, on his boss’s dime,  law enforcement sources said.

In the footage, Haspil, 21, is seen hopping into cabs for some retail therapy, taking strolls with the mystery pal,  and picking up the gaudy gold “22” balloons using the victim’s credit card, the sources told The Post.

“This guy is the new American Psycho, only dumber,”  a law enforcement source told The Post of Haspil, who was Saleh’s assistant, who continued to use his alleged victim’s credit cards even after the murder.

The man sources identified as Haspil is seen arriving at the swanky pad at noon Wednesday, arriving with a leather overnight bag.

About two hours later, he appeared carefree on the sidewalk alongside the mystery woman, who also appeared to be staying at the pad.

At 2:20 p.m., Haspil was on the sidewalk again, accepting a curbside delivery of the birthday balloons, with the numbers 22.

Haspil and the gal pal are seen again at around at 6:55 p.m., carrying packages back after an afternoon out, the footage shows.

All the while, a hiding-in-plain sight Haspil was using his Saleh’s credit cards, law enforcement sources say, just as he allegedly used the cards to buy the tools at Home Depot to dispose of the body.

Prosecutors said at an early Saturday arraignment that surveillance video footage provides “overwhelming” supporting evidence that Haspil murdered his boss Monday at the victim’s  $2.2 million Lower East Side apartment after getting caught embezzling more than $90,000.

Saleh had offered to not call the police if Haspil, his executive assistant,  paid the money back in installments, sources have said.

Haspil has been ordered held without bail on charges of second-degree murder.

In a statement Saturday, Haspil’s lawyers said: “We are in the very earliest stages of ferreting out the truth. The life of this case promises to be long and complex. We urge the public to keep an open mind. There is much more to this narrative than the accusations, an arrest by the police, and a charge by the District Attorney.”