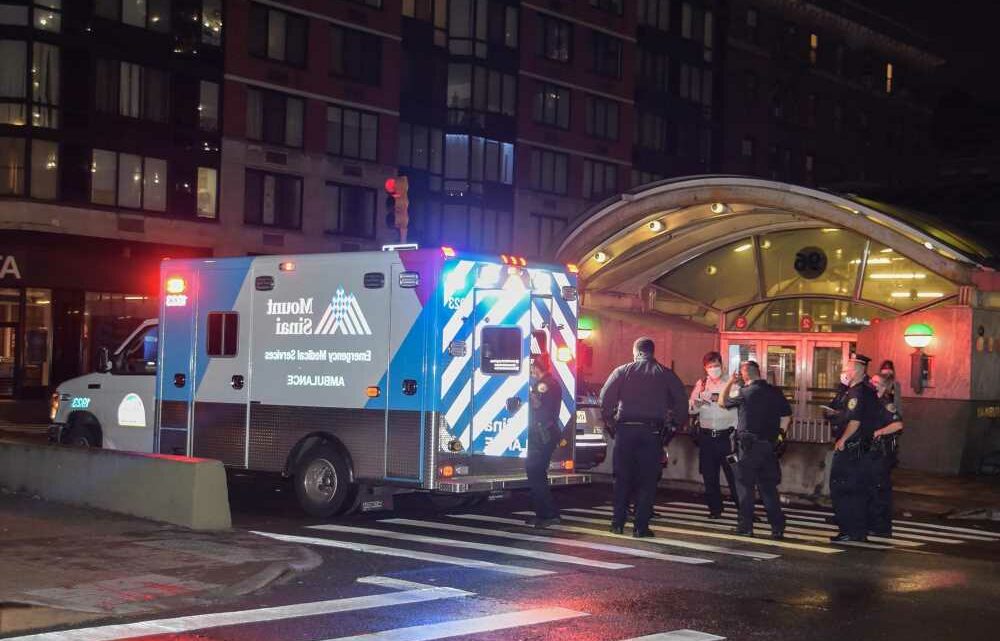 Suspect on loose after 2 slashed in Harlem subway station

Two women were slashed during a fight with a straphanger on a Manhattan train early Friday, according to cops.

The older woman displayed a knife and menaced the man, police said.

Then the man grabbed the knife — slashing both of the women during the struggle, cops said.

The younger woman suffered a slash wound over her eyebrow and wrist, and the older woman was cut above her left ear, police said.

The man bolted from the station after the assault but was quickly busted by cops, with charges pending later in the morning.

But witnesses showed video to authorities, indicating that one of the women had the knife first, according to police.

The 23-year-old woman was also taken into custody, also with charges pending.

Hours earlier, two men were slashed on the 2 and 3 platform of the Central Park North–110th Street station, cops said.

The violence erupted after one of the victims got into a dispute with the suspect, who pulled out a knife and slashed the man’s left arm shortly before 8 p.m., law enforcement sources said.

As the culprit fled, he slashed a second man in the left forearm before running off, sources said.

The assaults come amid a recent spate of violence in the city’s subway system.

Euro 2020 LIVE: England train on as Trent ruled out, Spain vs Portugal build-up and latest from around the teams