Home » World News » Trump WILL run in 2024 and Dems will 'live to regret' trying to impeach him, says Sean Spicer 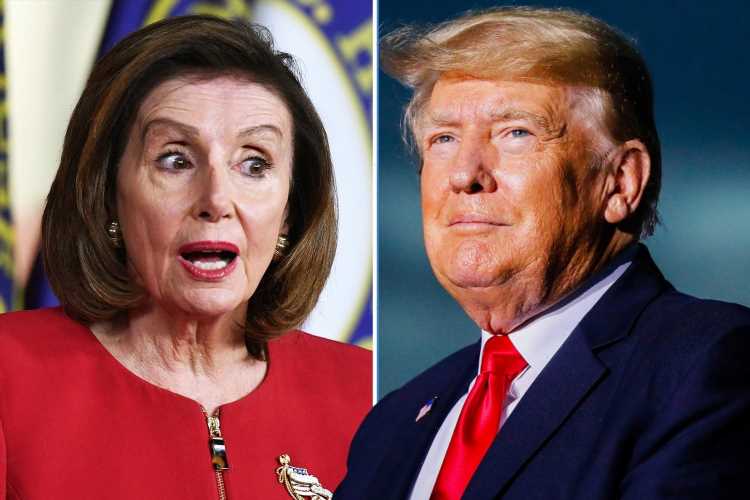 Trump WILL run in 2024 and Dems will 'live to regret' trying to impeach him, says Sean Spicer

DONALD Trump will run for president in 2024 and the Democrats will "live to regret” trying to impeach him, ex-White House press secretary Sean Spicer says.

The former communications chief thinks the process has become “trivialized” as calls to impeach Joe Biden grow following the “botched” withdrawal of US troops from Afghanistan. 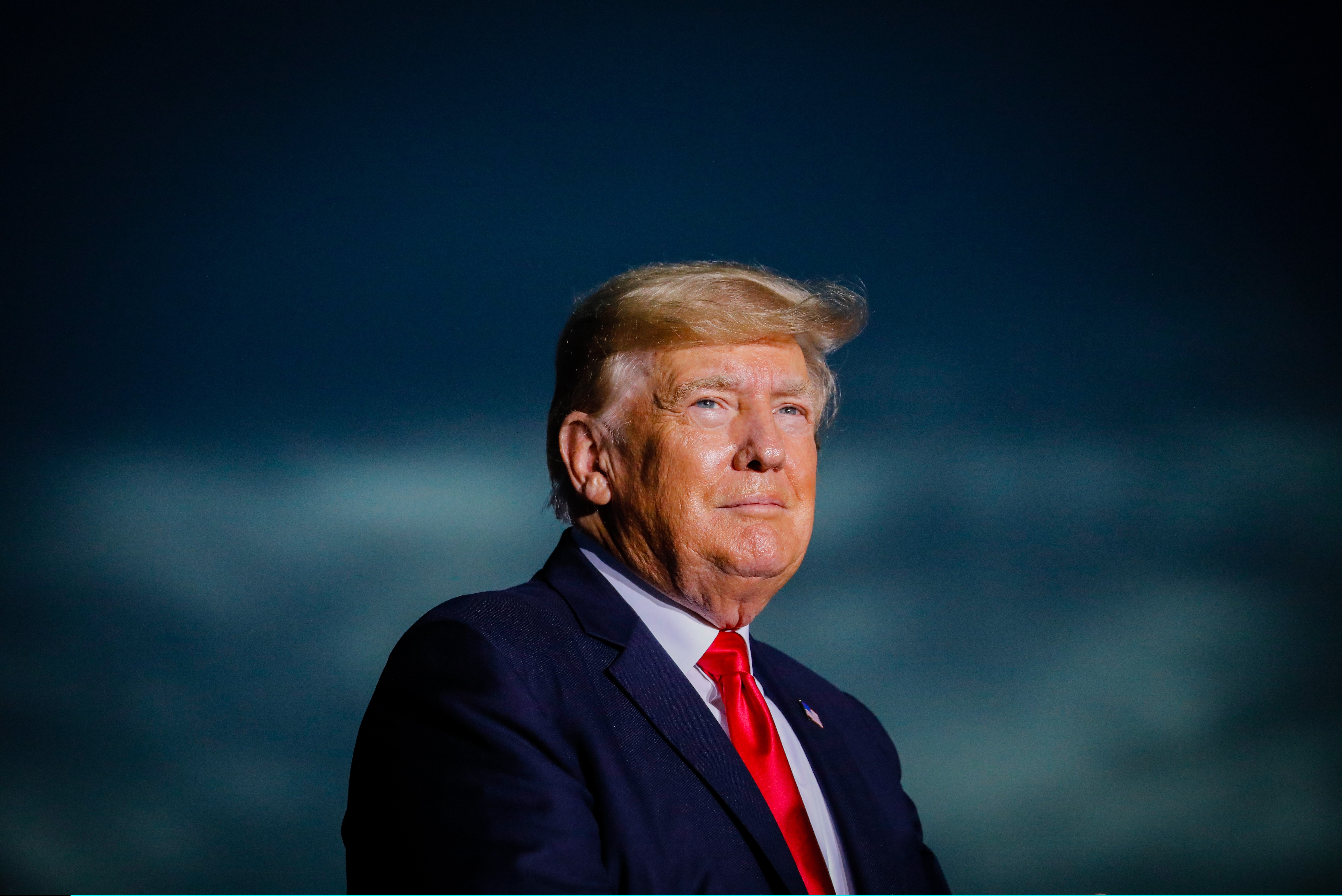 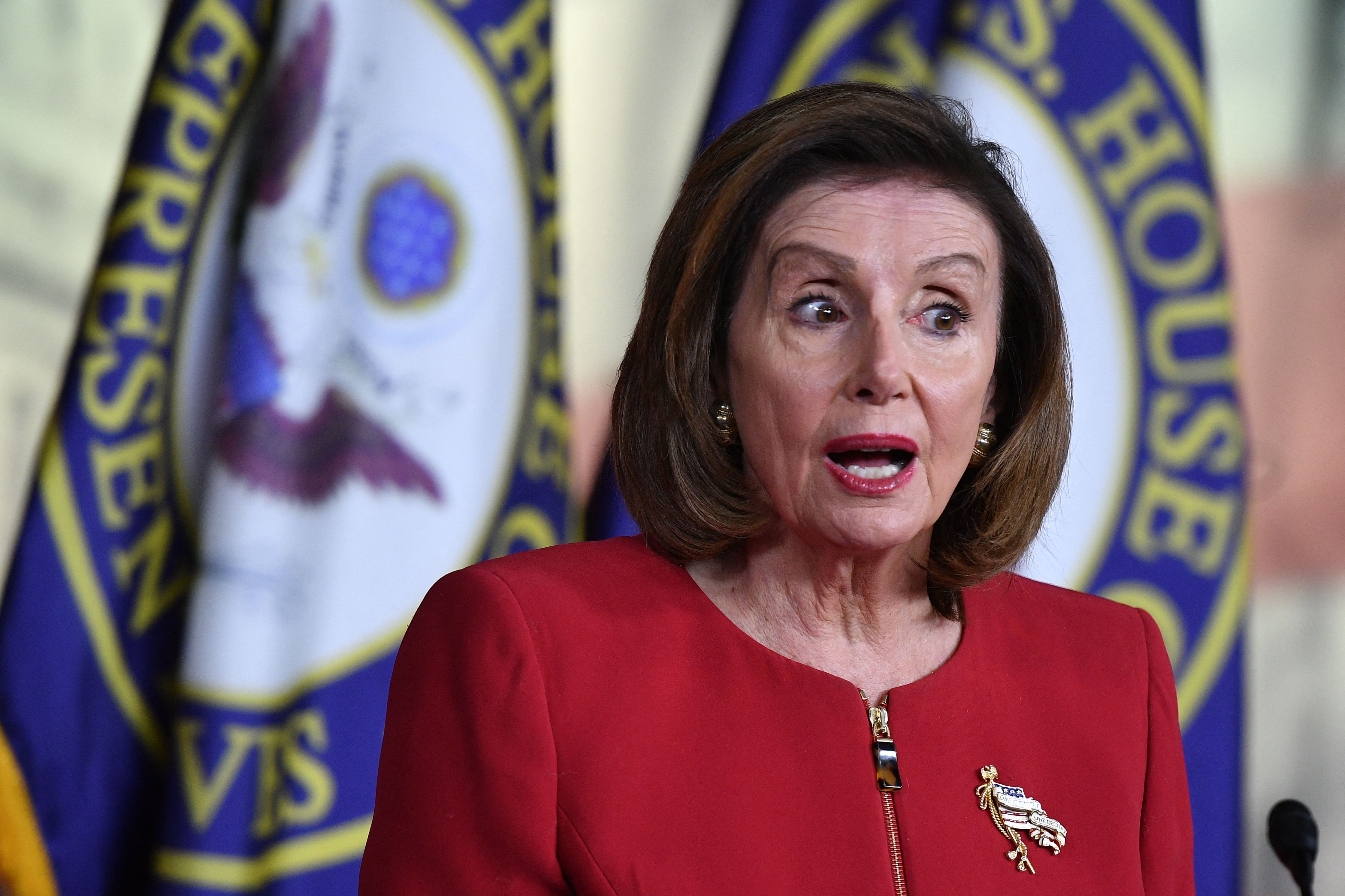 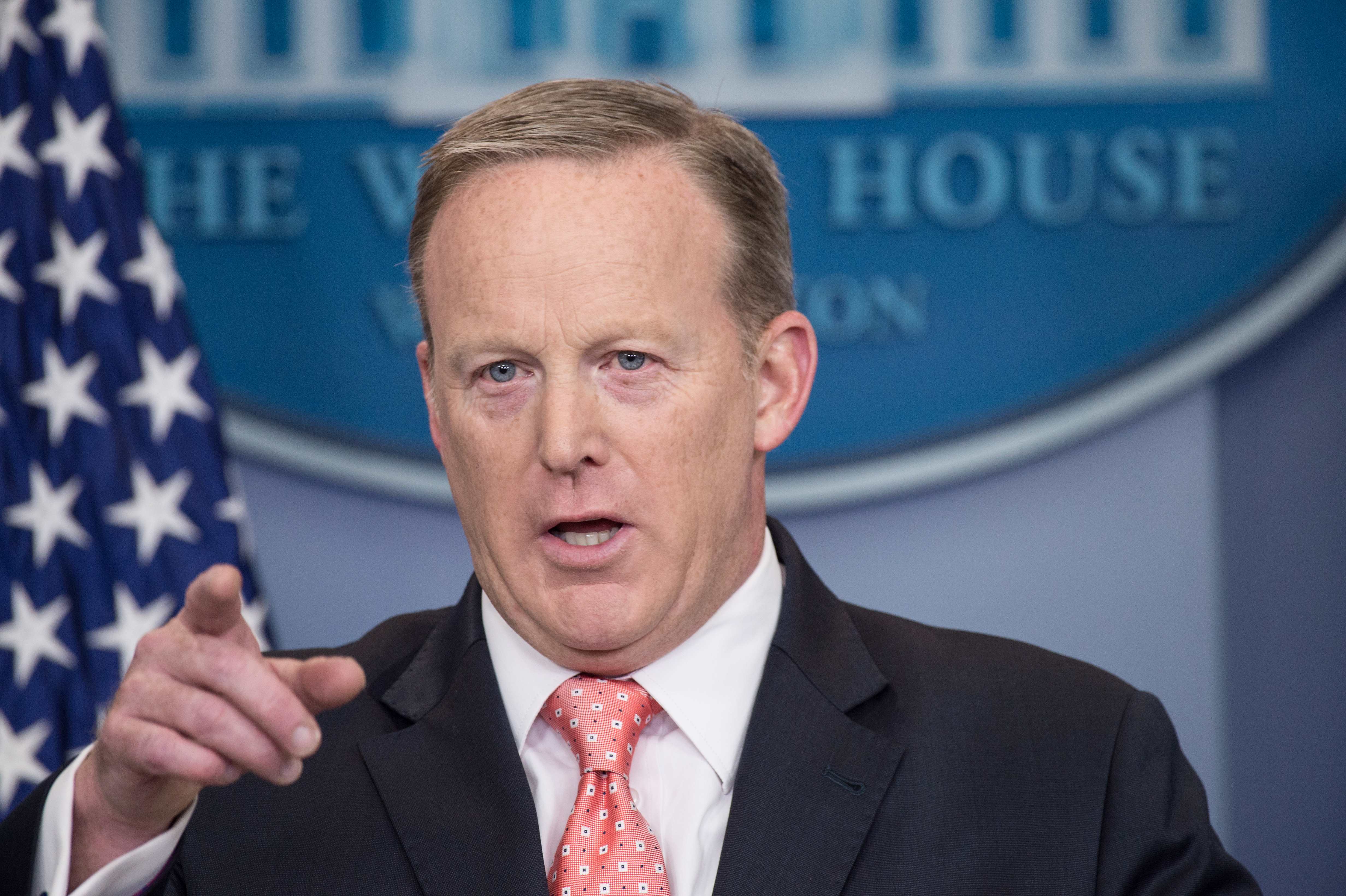 Trump has teased a potential 2024 run several times since leaving the White House but has stopped short of announcing his candidacy.

Spicer told The Sun: “In my opinion, President Trump’s mind is already made up. I believe he will run again.”

The former White House communications chief claimed some Americans may be regretting their vote and experiencing "buyers remorse" – just months after Biden's inauguration.

Spicer said: “I think people have seen how effective the president’s policies were and can contrast them with President Biden’s.

“In 2024, he can put his record up to Biden’s. It’s a clear choice as opposed to 2016 (against Hillary Clinton) where it was very hypothetical.”

Spicer admitted that Trump was a "neophyte" in 2016 but says he now "understands" the system having served a term as president.

The former press secretary thinks Trump will run regardless of the outcome in the 2022 midterm elections.

The Republicans need a small swing to retake control of the House and speculation is growing that articles of impeachment could be filed against Biden if there is a GOP majority.

Spicer said GOP voters would expect lawmakers to hold the White House accountable in "very tangible ways" if they regained the House of Representatives.

He claimed the Democrats “trivialized” the impeachment process during Trump’s presidency – and thinks the Party will regret it.

Trump was impeached by the Democratic-controlled House of Representatives in 2019 and earlier this year.

He became the first president to be impeached twice.

Spicer said: “Impeachment has become a political tool that will be used repeatedly instead of something reserved for serious cases.”

Many Republican lawmakers have called for Biden to be impeached in light of the Afghanistan crisis.

Marjorie Taylor Greene told an America First rally last month: "I believe in firing people when they are corrupt and do a bad job, and Joe Biden is failing America and needs to be impeached."

Freedom Caucus Chairman Andy Biggs (R-AZ) said: "We call upon, most somberly, the resignation of this president, Joe Biden."

Republican Senator Lindsey Graham said his former friend had "ignored sound advice" and has "been this way for 40 years."

He said Biden had committed a "dereliction of duty" in leaving "hundreds of Americans behind enemy lines."

Rep. Clay Higgins, of Louisiana’s third congressional district, said Biden’s resignation would be the “appropriate step” prior to pursuing impeachable offenses that have occurred.

US troops were speedily evacuated from the war-torn country after Taliban insurgents seized Kabul last month.

Blasting Biden, Spicer said: “I think the way in which we have botched the withdrawal from Afghanistan goes to the absolute core of this administration’s capability.

“President Biden carried himself as the person that would return us to ‘normalcy’ and be the adult in the room.”

The former press secretary railed: “It’s been frankly disgraceful how we withdrew.”

Spicer said Biden warrants a "grade F" for his performance in the White House so far.

Thirteen US service members were killed in a suicide bombing attack by an ISIS-K terrorist at Kabul airport late last month, and hundreds of American citizens and allies have been left behind after the final US evacuation.

Shana Chappell, the mom of Kareem Nikoui, accused Biden of being a "weak human being" and a "traitor."

Spicer has since joined a lawsuit after Biden's administration demanded him to resign from his role on the board of visitors at the United States Naval Army.

He was one of 18 Trump appointments called on to resign from the military academy boards by the close of business Wednesday.

He has not resigned from his position and believes the “stunt” was politically motivated.

Spicer said: “Never in the history of our country have we purged people from the military academy boards from one administration to another.

“On Inauguration Day, Biden stated he wanted to be the president for all Americans – that he wanted to unify the whole country. It flies in the face of everything that he promised this country.

It flies in the face of everything that Biden promised this country.

"This injected politics into the military service academy boards in a way that’s never been done before."

Kellyanne Conway also received a letter, calling for her to resign from her post or be fired.

Conway tweeted a copy of her letter to the president and wrote: "President Biden, I'm not resigning, but you should."

Former National Security Adviser H.R. McMaster and Russell Vought, who served as director for the Office of Management and Budget, also received letters.

Spicer ruled out a future bid for the presidency when asked if he would consider running for the White House.

He also said that he would turn down a return to the White House if approached by a future Trump Administration.

He said: "I enjoyed my tenure, but I enjoy what I do. I’m much more content being a friend and supporter of President Trump than an employee."

Sean Spicer served as White House press secretary in the Trump Administration in 2017. He was communications director of the Republic National Committee from 2011-17 and its chief strategist from 2015-17. 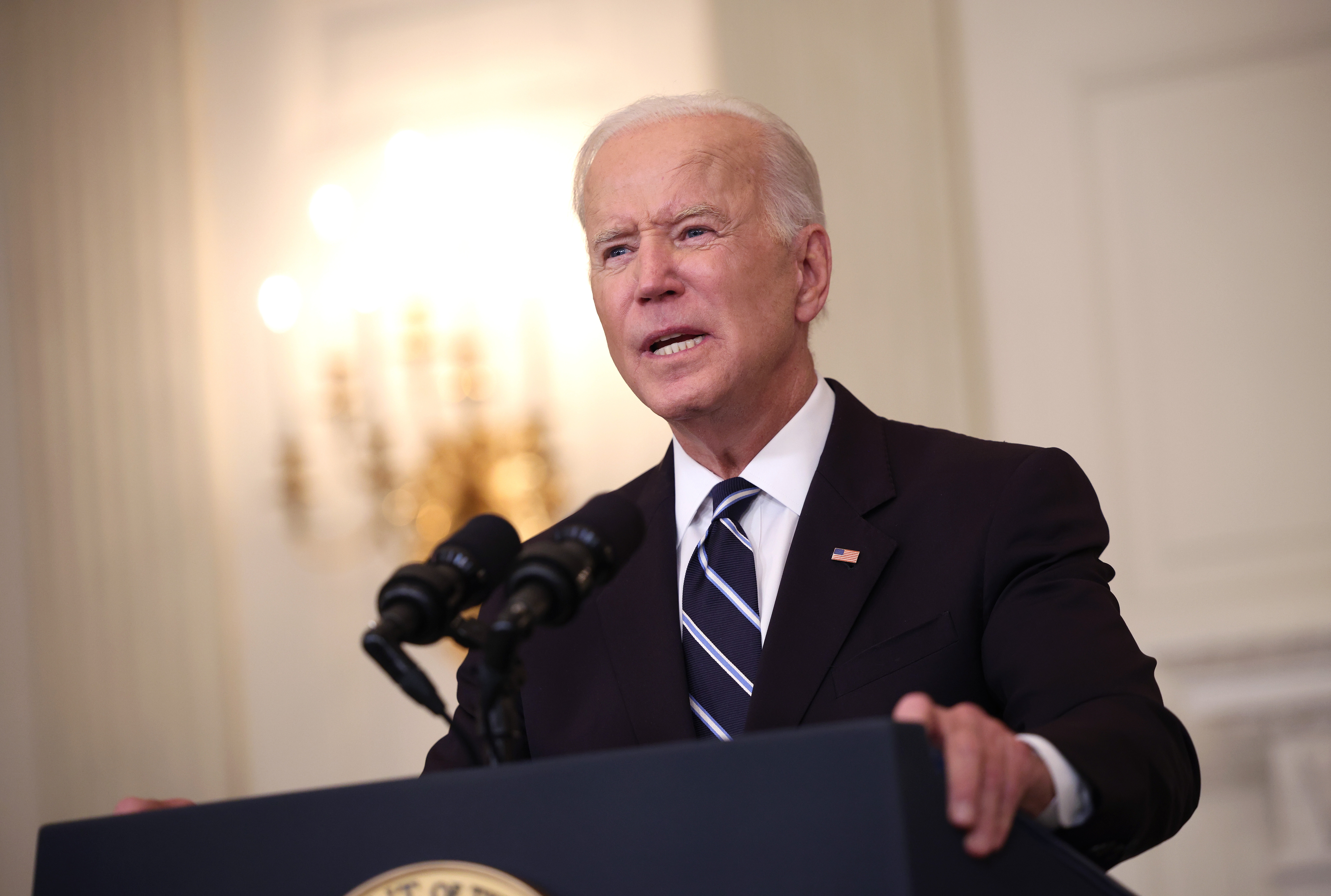 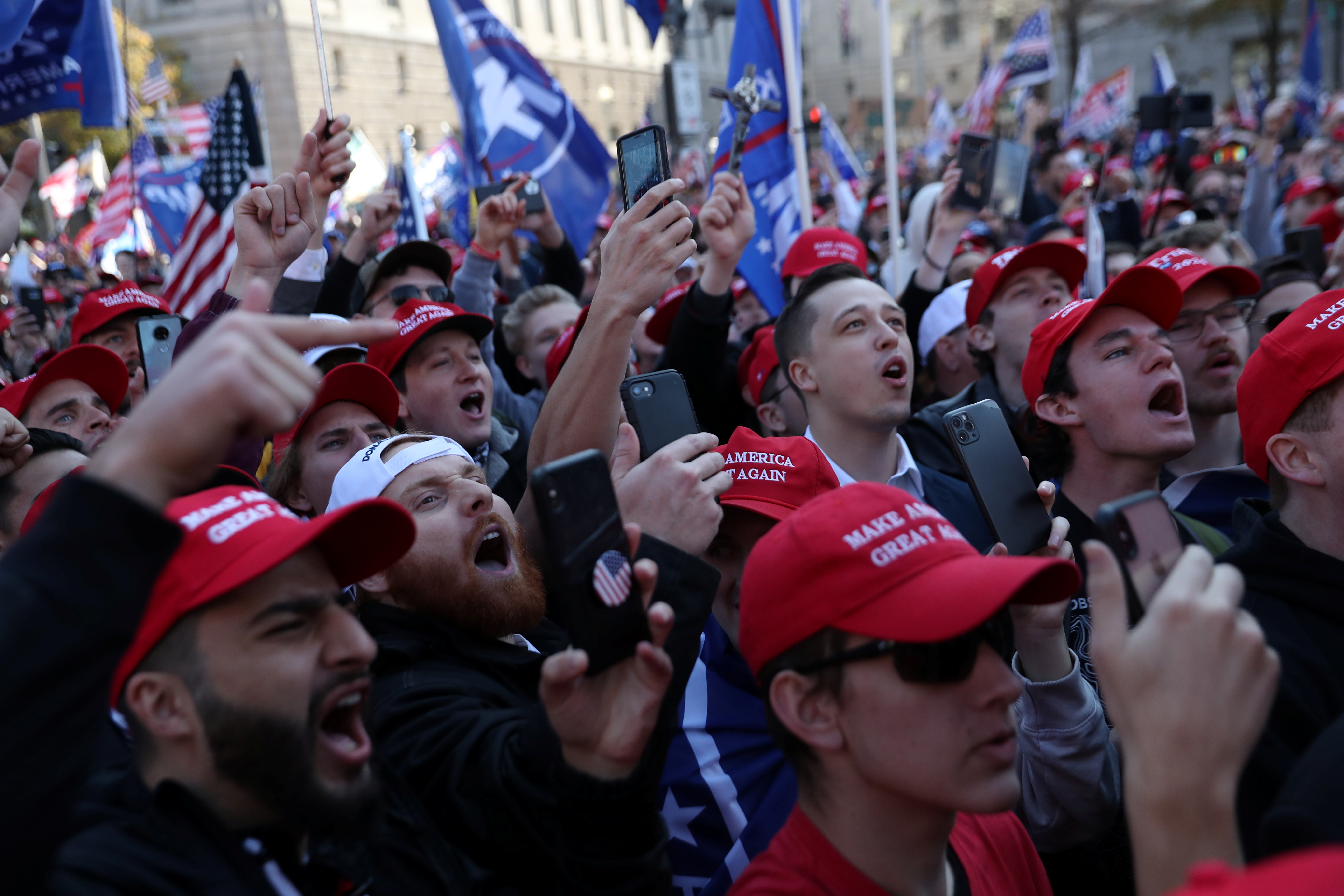 CategoryWorld News
Tags2024 and Dem in run Trump Will