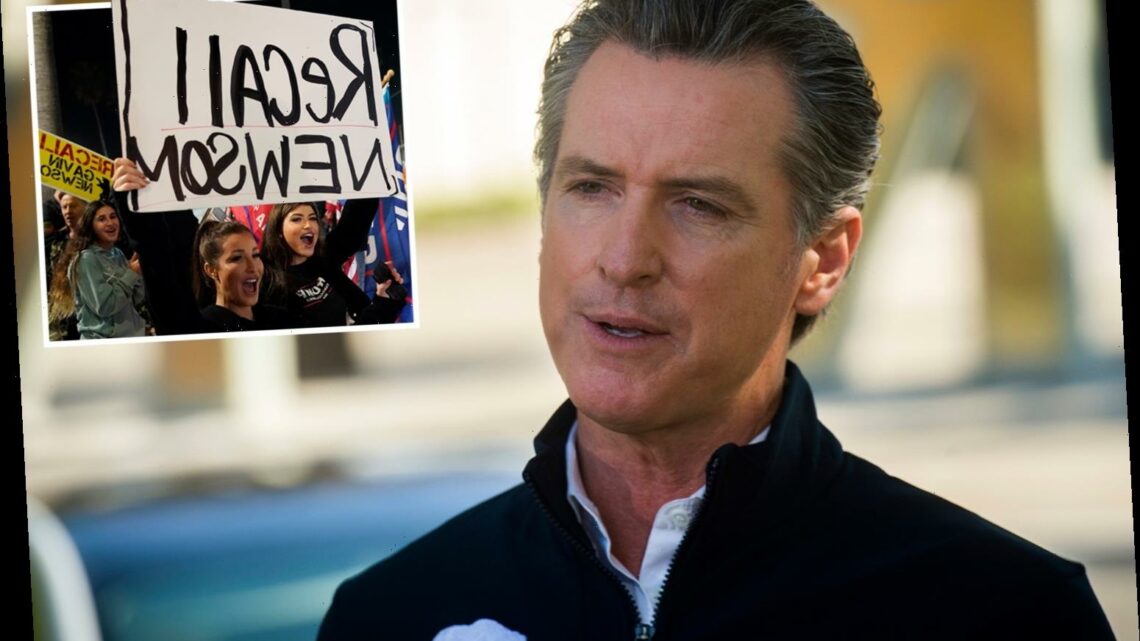 PROTESTERS in California waved Trump flags and cheered as a face mask was burned in protest of the state's new month-long Covid curfew.

The protest came in response to Gov Gavin Newsom's new restrictions, which require people to stay inside from 10pm and 5am in many counties across the state.

Newsom gave the order in response to a concerning uptick in Covid cases in the state, and mandated that anyone who is not an essential worker or outside buying groceries, picking up takeout, or walking a dog stay inside.

On the first day the curfew was in effect, protesters in Huntington Beach broke it as they marched along Pacific Coast Highway.

Many of the protesters waved Trump 2020 flags, wore MAGA hats and had signs slamming Newsom for the new restrictions.

The rally was dubbed the "Curfew Breakers" event and was set to kick off at exactly 10.01pm in defiance. 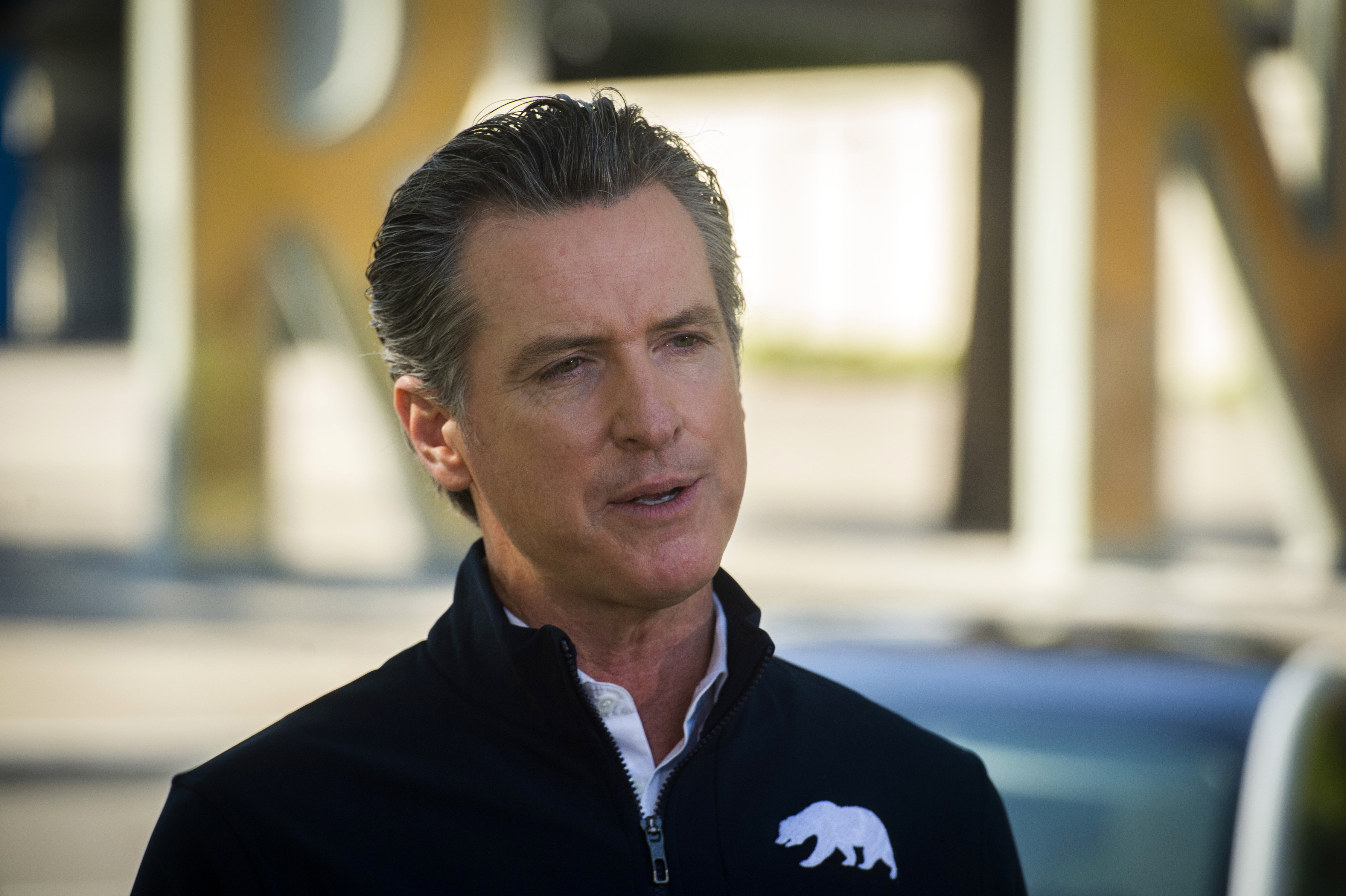 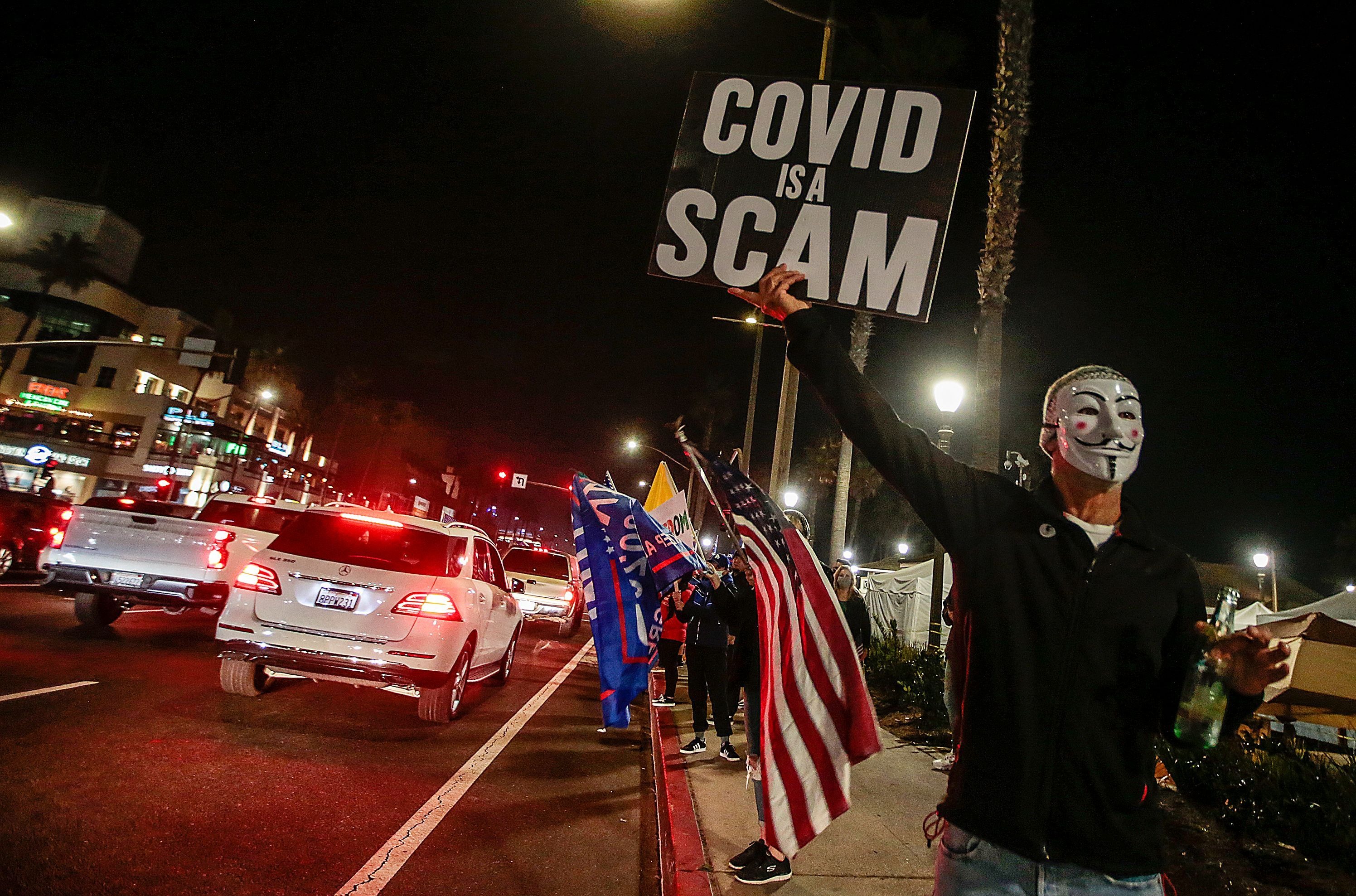 Very few protesters in photos and videos of the event are seen wearing face masks or attempting to social distance.

Elsewhere in San Clemente, about 35 miles away, a group of protesters came together to cheer and chant as a face mask was lit on fire.

Newsom's curfew is expected to last through December 21, but could be extended if the Covid transmission rate in the state stays high.

The curfew applies to 41 of California's 58 counties that are considered to be in the "purple" risk tier, the most restrictive of four state tiers. 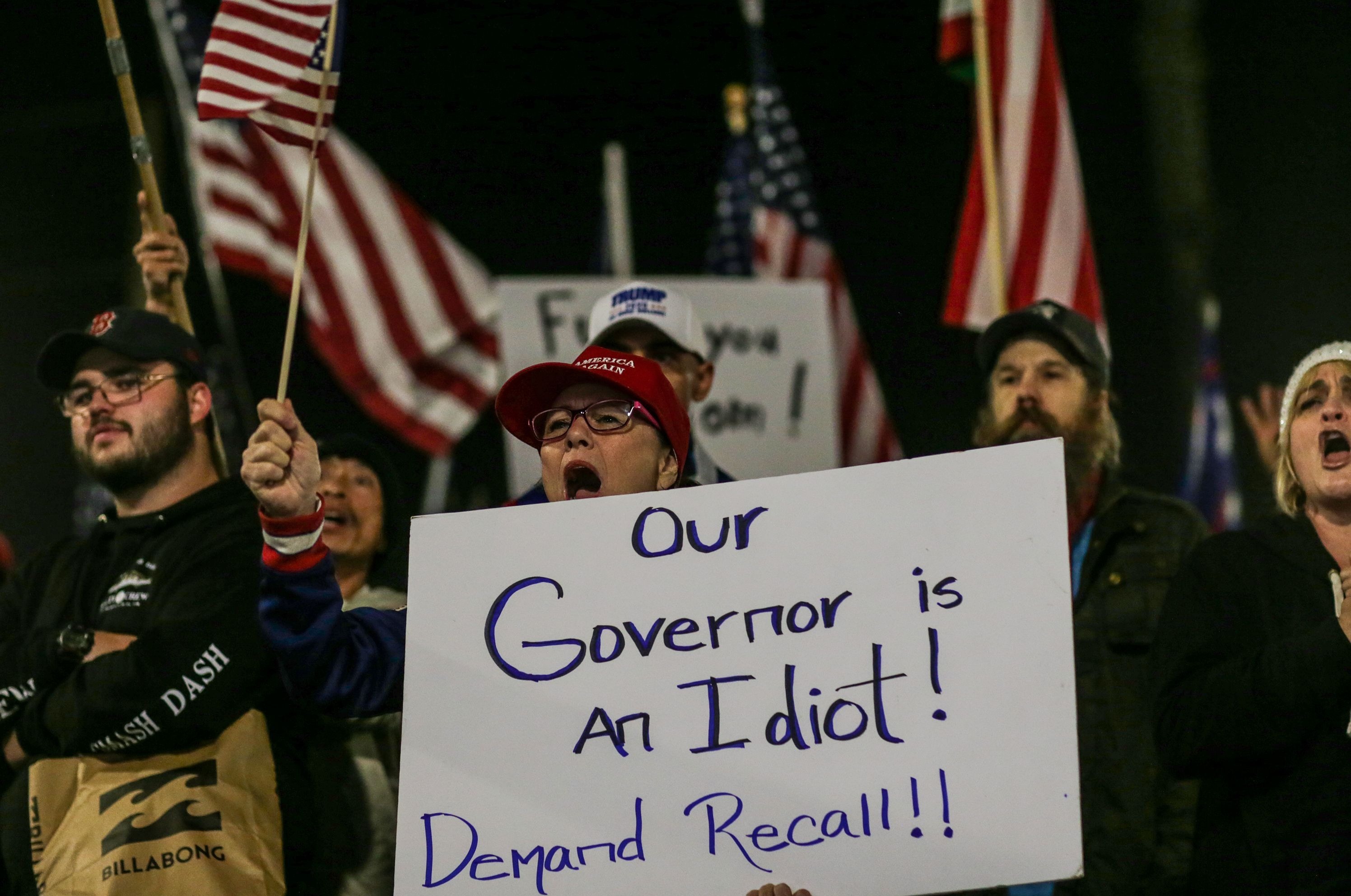 Some local law enforcement officials have stated that they will not enforce the curfew because they have other priorities.

However, despite resistance from citizens, the Covid rates in the state are reaching concerning levels.

On Friday, California recorded nearly 15,500 new cases of the virus. The state's positivity rate has crept up to 5.4 percent.

Newsom said the new measures were needed as the holiday season approaches amid a country-wide surge in cases.

"The virus is spreading at a pace we haven't seen since the start of this pandemic and the next several days and weeks will be critical to stop the surge," he said Thursday.

"We are sounding the alarm," he added.