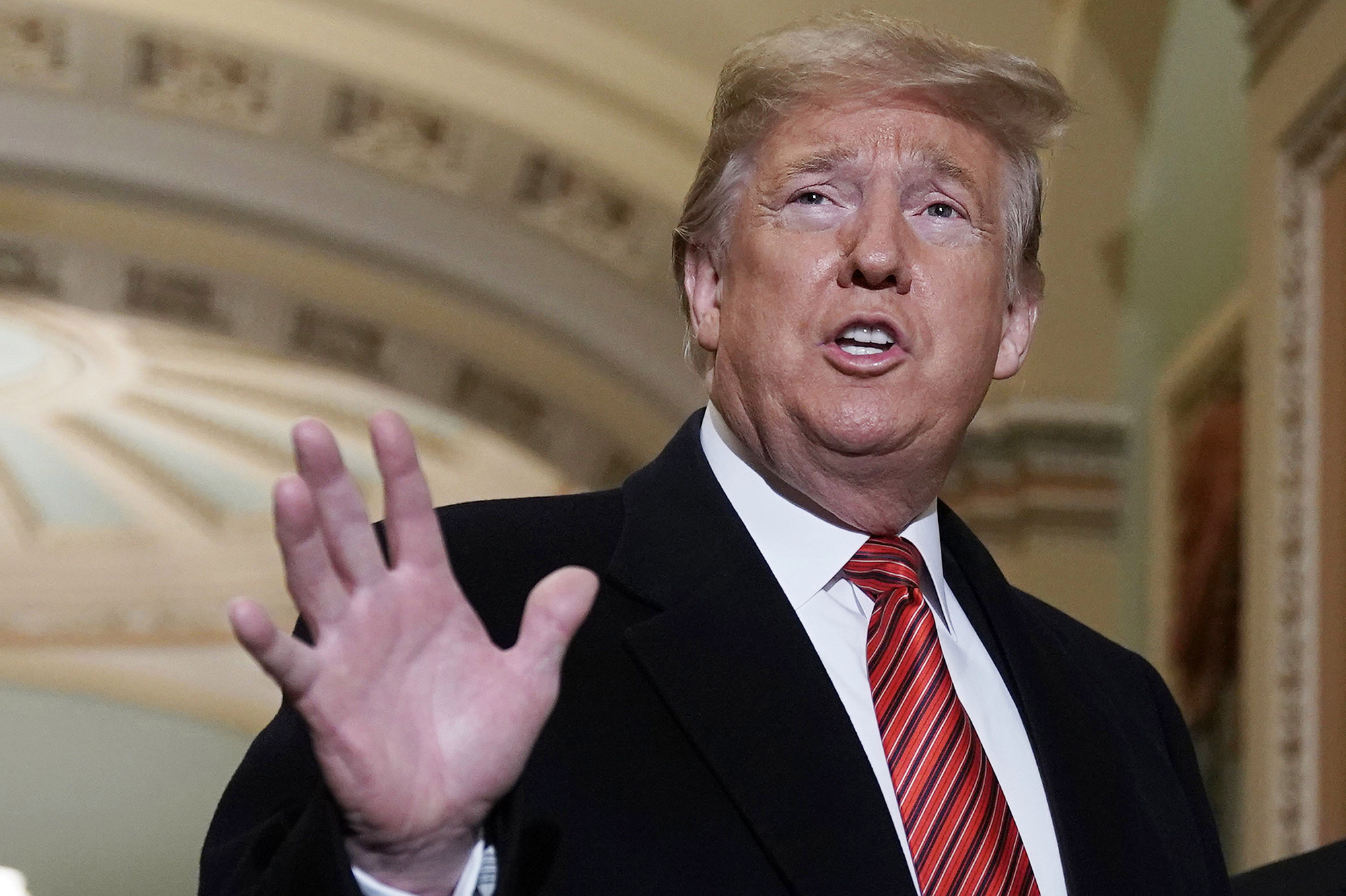 Trump says massive visa overhaul could lead to US citizenship

President Trump said Friday that he is planning an overhaul to H-1B visas — which allow foreigners to work in the US temporarily in specialty occupations — that could lead to American citizenship.

“H1-B holders in the United States can rest assured that changes are soon coming which will bring both simplicity and certainty to your stay, including a potential path to citizenship,” Trump tweeted.

“We want to encourage talented and highly skilled people to pursue career options in the U.S.,” he added.

Under the Immigration and Nationality Act, the H1-B visa permits US employers to hire temporary foreign workers with at least a bachelor’s degree, or equivalent specialized work experience, to fill needs not met by the American workforce.

It wasn’t immediately clear whether Trump was referring to recipients of Deferred Action for Childhood Arrivals, the so-called Dreamers, illegal immigrants brought here as children who have seen their futures thrown into question after his decision to end the program last year.

During the 2016 presidential campaign, Trump proposed increasing the prevailing wage paid to the visa holders in an effort to force companies to give entry-level jobs to an existing pool of unemployed workers.

“This will improve the number of black, Hispanic and female workers in Silicon Valley who have been passed over in favor of the H-1B program,” his campaign wrote in an August 2015 immigration platform, according to CBS News.

The president has expressed openness to a broader immigration reform, but has insisted that he first wants funding for a barrier – made of concrete or steel – along the US-Mexico border.

During his campaign, Trump also claimed repeatedly during his rallies that Mexico would pay for the wall.

On Friday, he repeated his claim that Mexico is effectively paying for it through the new trade deal he negotiated with that country.

“I often said during rallies, with little variation, that ‘Mexico will pay for the Wall.’ We have just signed a great new Trade Deal with Mexico. It is Billions of Dollars a year better than the very bad NAFTA deal which it replaces. The difference pays for Wall many times over!” Trump tweeted Friday.

On Thursday, he said he never meant that Mexico would “write a check.”

Critics have pointed out that the deal his administration has reached with Mexico and Canada — known as USMCA — to replace the North American Free Trade Agreement has not been ratified by the Senate and doesn’t include language that would require Mexico to pay up.

The partial government shutdown over the impasse between the White House and congressional Democrats regarding the wall funding entered its 21st day Friday – tying the longest ever.

‘No consent, no pipeline’: UBCIC President says Wet’suwet’en hereditary chiefs have been ignored

Peterborough to battle Millwall for £500,00 Jack Payne after impressing on loan at Bradford
World News