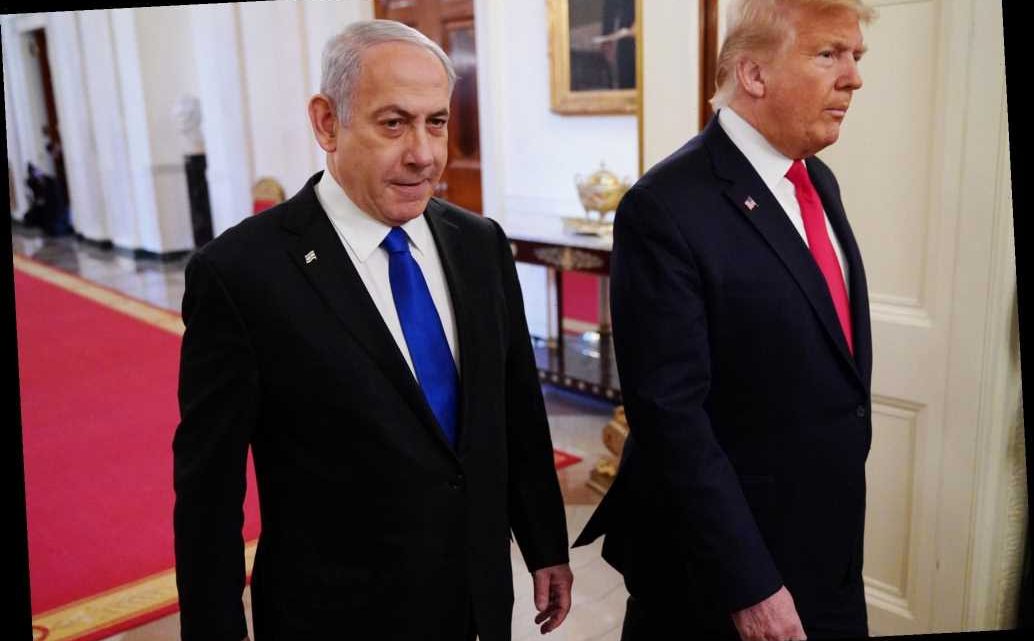 President Trump and Israeli Prime Minister Benjamin Netanyahu on Tuesday unveiled what the president has called “the deal of the century” for a two-state peace deal between Israel and the Palestinians.

“Our proposal finds precise technical solutions to make Israelis, Palestinians and the region safer and much more prosperous. My vision presents a win-win opportunity for both sides, a realistic two-state solution,” Trump said at the White House, adding that Netanyahu had agreed to negotiations with the Palestinians.

The plan calls for the creation of a State of Palestine with its capital in portions of east Jerusalem, and more than doubles the territory currently under Palestinian control, although it also recognizes Israeli sovereignty over major settlement blocs in the West Bank, something to which the Palestinians will almost certainly object.

The Palestinians, in fact, rejected the proposal before its rollout, accusing Trump of being biased in favor of Israel as he has adopted policies that bolster Israel at their expense.

The plan will also call for a four-year freeze in new Israeli settlement construction, during which time details of a comprehensive agreement would be negotiated, according to officials who spoke on condition of anonymity ahead of Trump’s announcement. However, it was not immediately clear if the freeze could be extended if a final deal is not concluded in the four years.

The 50-page political outline goes further in concessions to the Palestinians than many analysts had believed was likely. However, it would require them to accept conditions they have been previously unwilling to consider, such as accepting West Bank settlements. It builds on a 30-page economic plan for the West Bank and Gaza that was unveiled last June and which the Palestinians have also rejected,

Under the terms of the “peace vision” that Trump’s son-in-law and senior adviser Jared Kushner has been working on for nearly three years, the future Palestinian state would consist of the West Bank and Gaza, connected by a combination of above-ground roads and tunnels, according to the officials.