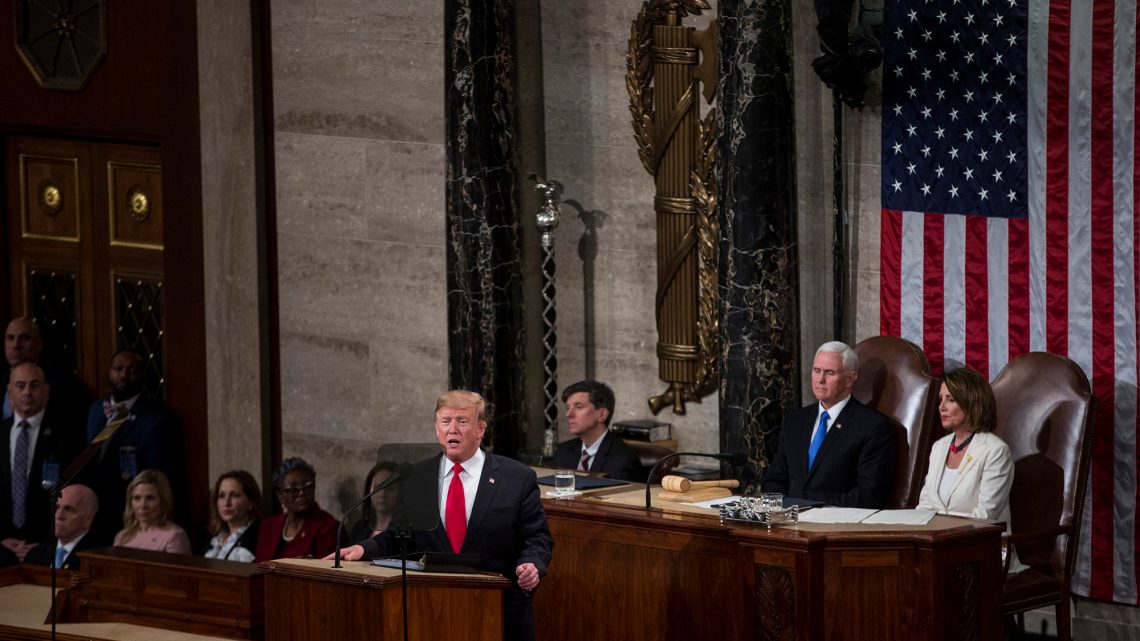 Trump just showed how he can recapture the center

With Democrats embracing neo-socialist policies to eliminate private health insurance and fossil fuels, America’s political center is up for grabs. In his State of the Union Address Tuesday night, President Trump made a concerted — if belated — play for it.

A State of the Union Address is the one moment when the president can speak directly to tens of millions of persuadable Americans without a media filter. Trump seized that opportunity by stringing together a compelling list of achievements: millions of new jobs; millions of Americans off food stamps; wages rising and a booming economy.

The president then called on Democrats and Republicans to build on those achievements: “Now is the time for bipartisan action. Believe it or not, we have already proven that it is possible.”

He cited bipartisan legislation to tackle the opioid crisis, fix the Department of Veterans Affairs and reform “sentencing laws that have wrongly and disproportionately harmed the African-American community.” The lesson, Trump declared, is that “when we are united, we can make astonishing strides for our country.”

He then laid out a unifying governing agenda — from empowering women at home and abroad to confronting China’s predatory trade practices, making new investments in crumbling infrastructure, lowering the cost of health care and prescription drugs and defeating AIDS and childhood cancer.

“We must reject the politics of revenge, resistance and retribution,” the president declared, “and embrace the boundless potential of cooperation, compromise and the common good.” This is exactly what a majority of Americans want.

Even when he had to tackle divisive issues, he did so smartly. He made an impassioned case for the border wall but did so by citing the harm illegal immigration does to unlawful migrants, especially women and children who are victimized by smugglers, cartels and human traffickers.

He introduced Americans to Immigration and Customs Enforcement agent Elvin Hernandez, a legal immigrant from the Dominican Republic, who has helped rescue migrant girls from the horror of forced prostitution and human slavery.

“I want people to come into our country in the largest numbers ever, but they have to come in legally.” Reasonable Americans in the center nodded in agreement.

On abortion, he called out the Democrats for their extremism, citing “lawmakers in New York [who] cheered with delight upon the passage of legislation that would allow a baby to be ripped from the mother’s womb moments before birth.”

According to Gallup, only 13 percent of Americans support third-trimester abortion, and even fewer, I suspect, support infanticide.

The Trump we saw Tuesday is the president we should be seeing every day, not just once a year. He reached across the aisle, appealed to persuadable voters in the center and asked them to consider his reasonable proposals.

It worked. A CBS News instant poll found that 76 percent of viewers approved of what they heard in Trump’s address, including 72 percent who said they approved of his ideas for immigration.

In short, Trump did something he rarely does: work to expand his base. It’s a good start, but wooing persuadable voters takes more than one good speech. It requires discipline and sustained effort.

It’s not too late. Trump’s approval rating is 40 percent (up slightly from 37 percent during the government shutdown). Before his third-year State of the Union Address, Ronald Reagan’s approval was just 35 percent — and he won a second term in a landslide.

Democrats are giving Trump an opening by embracing socialist policies that most Americans know will bankrupt the country. They may go so far left that they will make themselves unelectable in 2020.

But Trump can’t count on Democrats to self-destruct. He must actively court the voters they’re alienating with their far-left tilt and win over millions of Americans who are benefiting from his policies but don’t support his presidency.

In his address, Trump declared that “America will never be a socialist country.” Whether he is right depends on what he does in the weeks and months ahead.