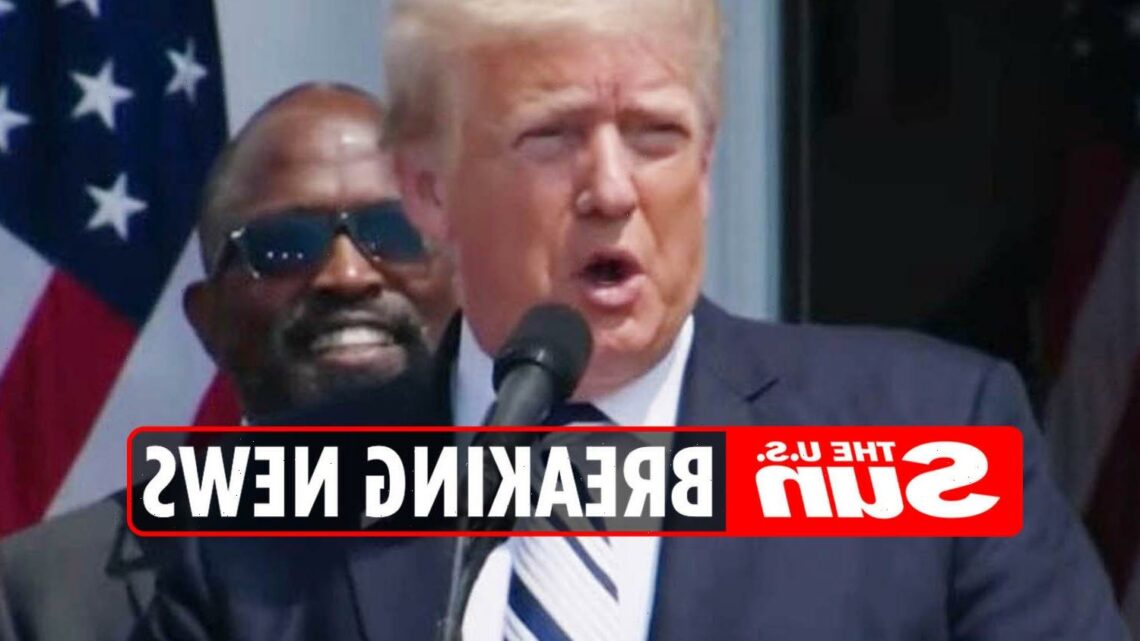 DONALD Trump announced he is suing Facebook, Twitter, Google, and their CEOs today as he called for an end to "un-American" cancel culture.

The former president announced class-action lawsuits against tech bosses Mark Zuckerberg, Jack Dorsey, and Sundar Pichai in a press briefing on Wednesday in which he accused them of "destroying our country." 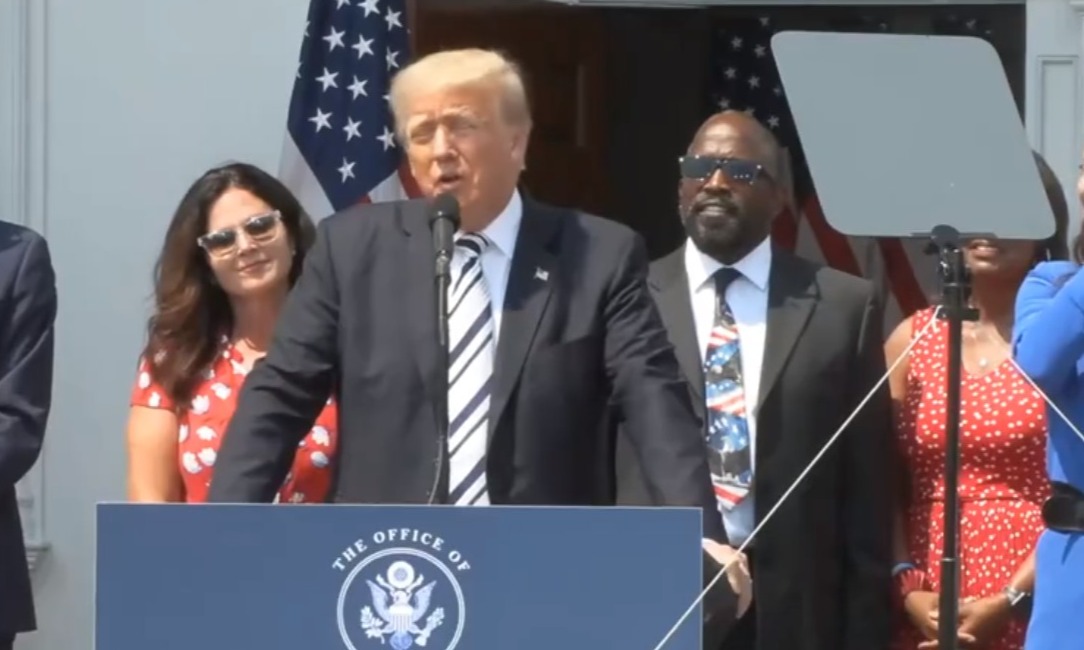 Trump received a permanent suspension from his favored social media platform Twitter earlier this year after the violence of the Capitol riot on January 6.

He also has a two-year suspension from Facebook and was hit with bans from Snapchat and YouTube, among others, this year.

Trump has raged that he is being "censored" by the social media giants and has repeatedly claimed he plans to set up his own rival platform where conservatives are not targeted.

The former president scheduled the news conference on Wednesday morning from Trump National Golf Club Bedminster in New Jersey, where he is spending the summer. 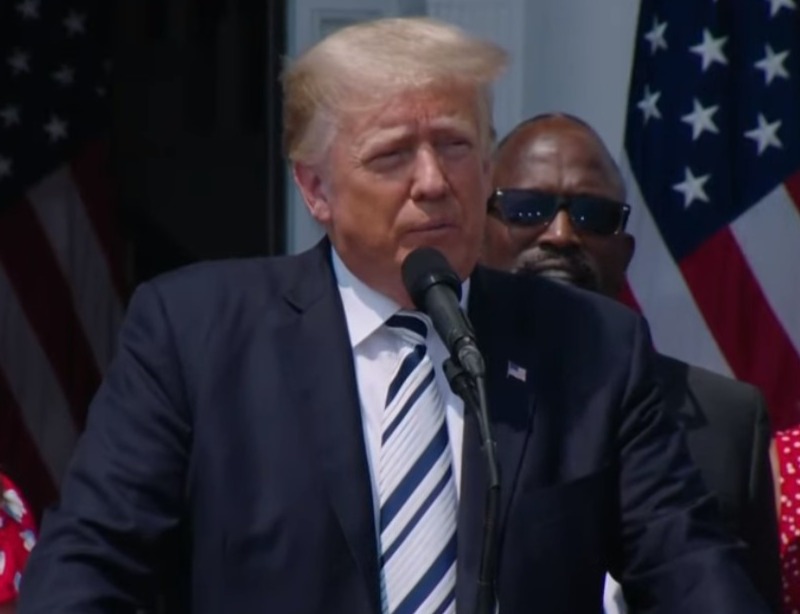 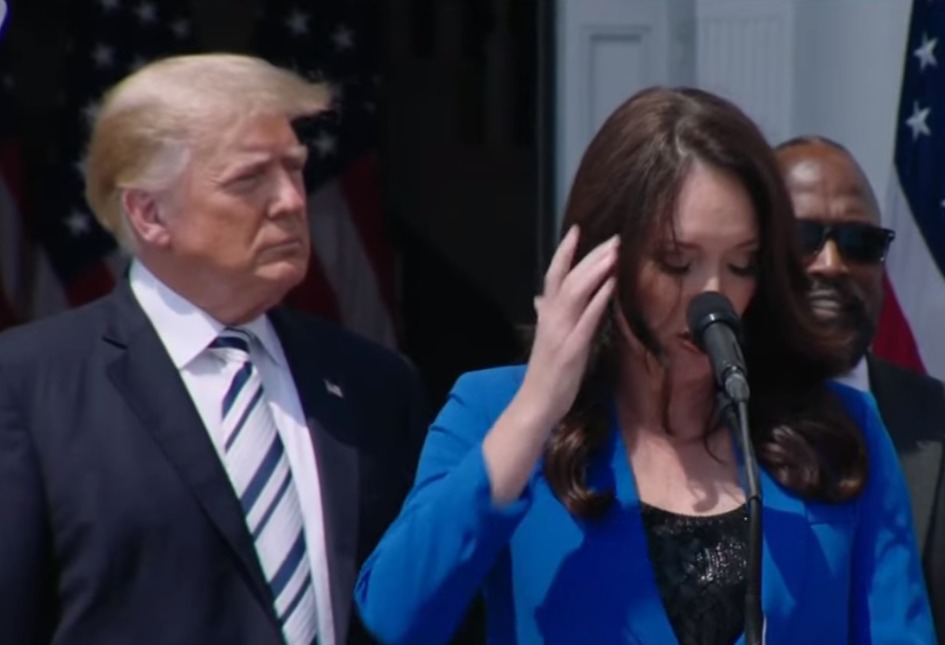 The class-action lawsuit will allow Trump to sue the CEOs on behalf of a broader group of people he claims have been censored by biased policies.

He claimed that thousands were joining the suit and that it will be the "biggest class action ever filed."

"We will hold big tech very accountable," Trump said as he accused them of a "flagrant violation of the constitution" in "silencing" and "shadowbanning" conservatives.

He branded social media sites as the "de facto arm of censorship by the federal government" and said they had been "weaponized."

Trump also said the suit will be "a gamechanger for our country in the battle in defense of the first amendment.

"I'm confident we will achieve a historic victory for American freedom and at the same time for freedom of speech," the former president continued. 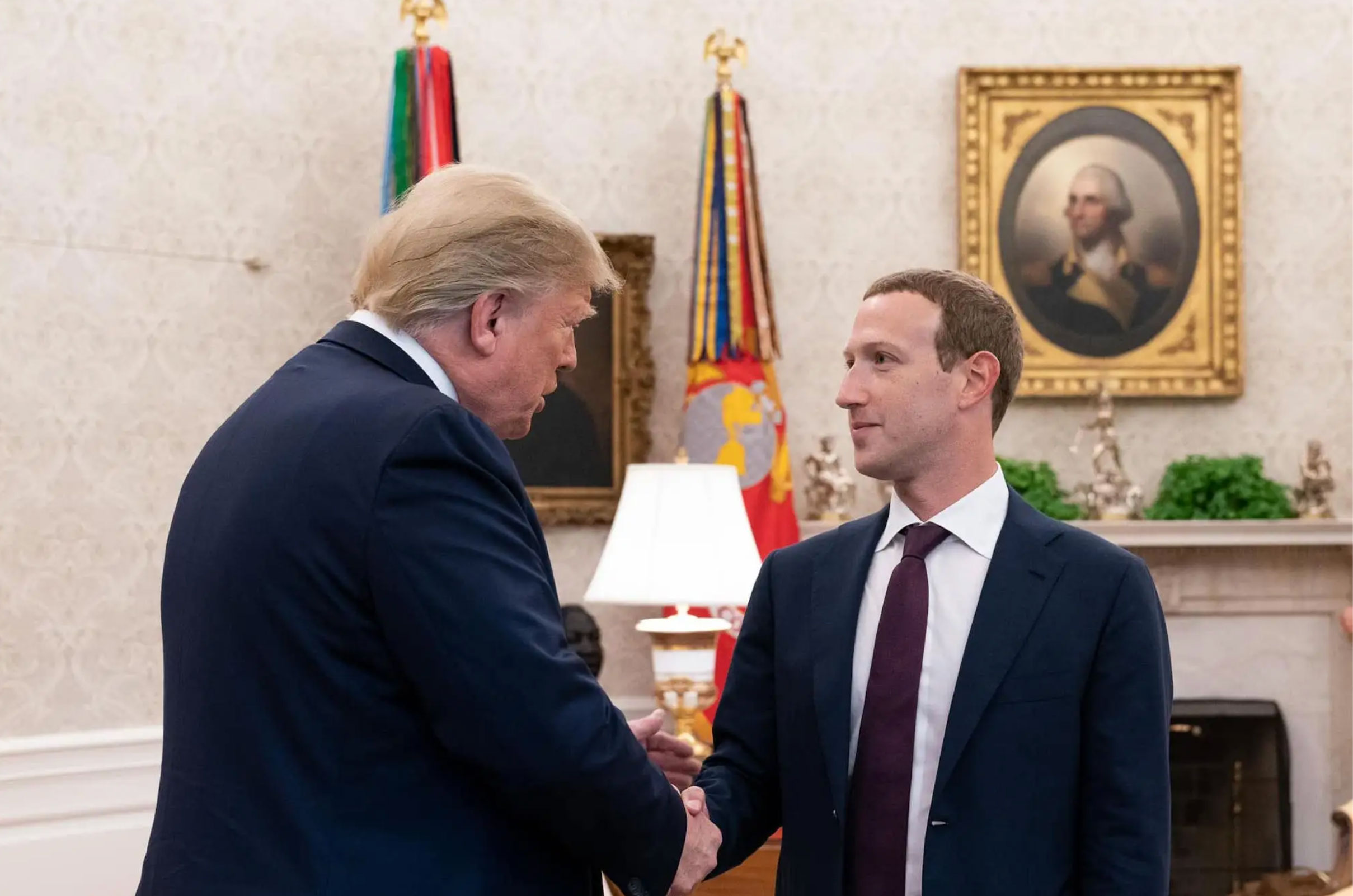 The legal effort is supported by the America First Policy Institute, a non-profit focused on perpetuating Trump's policies.

The lawsuit announcement is the latest escalation in the years-long conflict between him and tech leaders, especially after his relationship with Zuckerberg soured.

Since his banning from the majority of the world's social media sites, Trump has claimed that he plans to create his own.

In early May, his team launched the blog "From the Desk of Donald Trump."

It appeared on www.DonaldJTrump.com/desk and the aim was to eventually give him the ability to communicate directly with his supporters, Fox News reported.

However, the platform did not have a feature to allow users to "reply" or otherwise engage with the former president's posts. 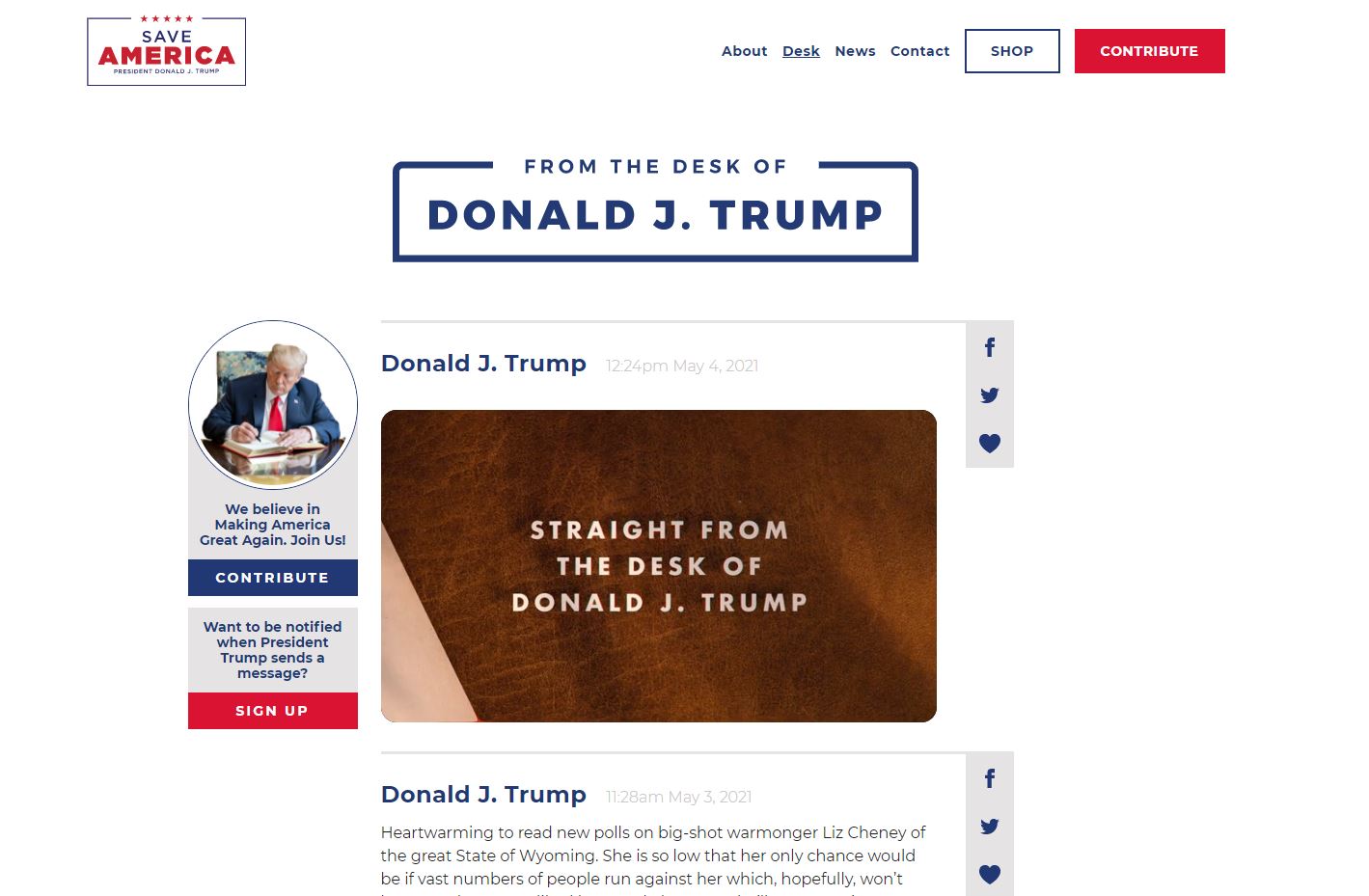 "This is just a one-way communication," a source close to the project explained to Fox. "This system allows Trump to communicate with his followers."

The page was shut down less than a month later as his team claimed they are now focusing on "broader efforts."

“It was just auxiliary to the broader efforts we have and are working on,” his senior aide and former spokesperson Jason Miller told CNBC.

However, the app has been targeted by hackers in the first few days since its launch.

On Sunday, Miller and other prominent users such as Marjorie Taylor Greene and Mike Pompeo were the targets of a hack that briefly took over their accounts.

According to reports, hackers also took advantage of the app's interface (API) to scrape the email addresses and locations of 90,000 users.

Miller claimed in a statement on Wednesday that there was only one hack on Sunday morning that was quickly fixed.

Trump's briefing comes amid conspiracy theories that he will be reinstated as president by August. 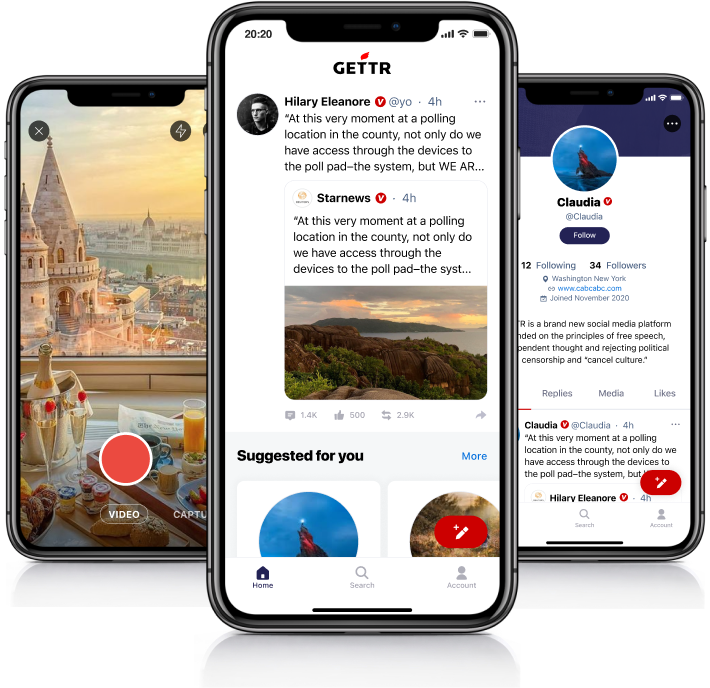 The former president has repeatedly claimed that the election was rife with fraud and rigged to the benefit of now-President Joe Biden.

The baseless claims have been thoroughly litigated and debunked.

However, he has continued to push the claims at large rallies with his supporters in Ohio and Florida.

Last week, Trump said he had made a decision on whether to run again in 2024.

Speaking to Fox News host Sean Hannity, he hinted again he is planning to retake the White House in the next elections.

''You’re not going to answer, but I have to ask,'' Hannity said at a town hall event in Edinburg, Texas.

''Where are you in the process, or – let me ask you this, without giving the answer … have you made up your mind?''

''I think you got it right,'' Hannity told the crowd.

Last month during his first rally since leaving office, Trump addressed MAGA supporters at the Lorain County Fairgrounds in Wellington, Ohio, and branded Joe Biden a "complete and total catastrophe."

During his speech, the ex-president hinted again he is preparing himself for another election race.

"We won the election twice," Trump teased, prompting the crowd to cheer.

"And it's possible we'll have to win it a third time."

He had previously suggested he would confirm his decision after the 2022 midterms.