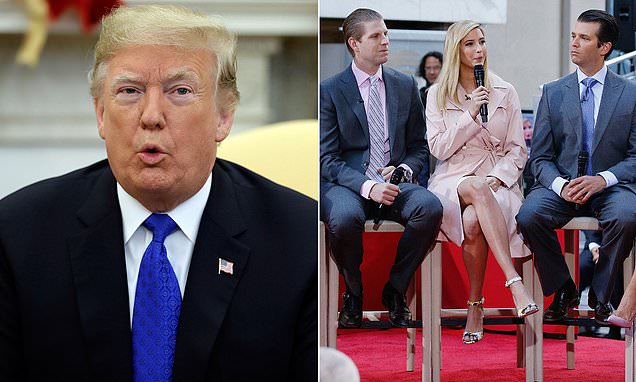 Her office is pursuing a lawsuit against the Donald J. Trump Foundation, the president and his three eldest children: Donald Jr., Eric, and Ivanka.

The closure is a concession by the president in an investigation he has slammed as ‘sleazy’ and partisan. It’s also one of may probes his Trump organizations have faced during his tenure in the White House.

In June, when the suit was filed, Trump vowed on Twitter: ‘I won’t settle.’ 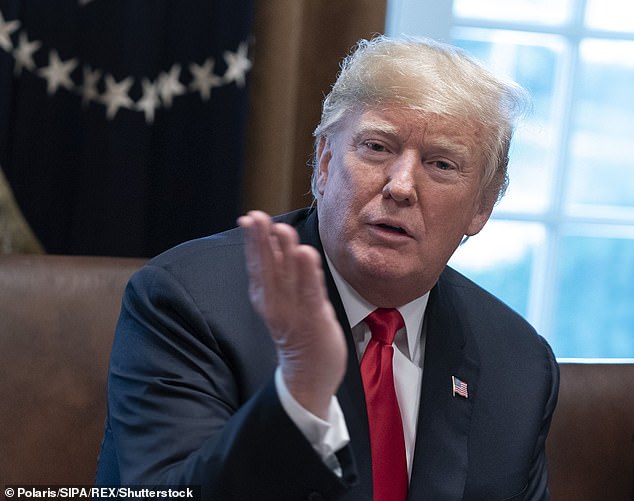 President Donald Trump will shut down his personal charity 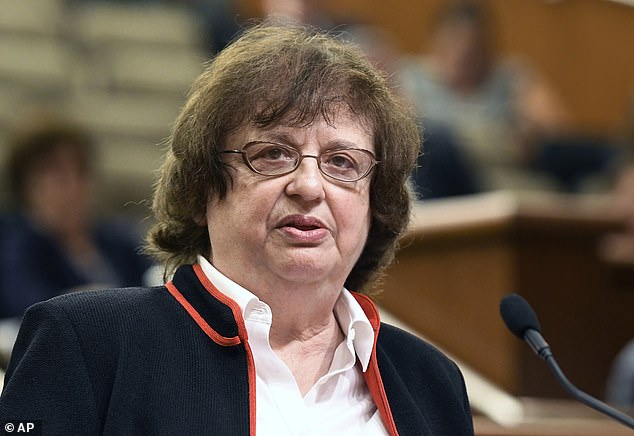 New York Attorney General Barbara Underwood charged the president with using the Donald J. Trump Foundation for his own personal and political gain

In her lawsuit, Underwood sought to have the charity closed.

The legal action will continue as Underwood seeks $2.8 million in restitution plus additional financial penalties. She also wants the court to ban the Trumps from serving on the boards of other New York charities for a period of one year.

‘Our petition detailed a shocking pattern of illegality involving the Trump Foundation – including unlawful coordination with the Trump presidential campaign, repeated and willful self-dealing, and much more,’ Underwood said in a statement.

‘This amounted to the Trump Foundation functioning as little more than a checkbook to serve Mr. Trump’s business and political interests,’ she added.

‘This is an important victory for the rule of law, making clear that there is one set of rules for everyone,’ she noted. ‘We’ll continue to move our suit forward to ensure that the Trump Foundation and its directors are held to account for their clear and repeated violations of state and federal law.’

Donald Trump Jr., Ivanka Trump and Eric Trump were named in the lawsuit because they were official board members of the Donald J. Trump Foundation for years.

The foundation and its directors could face several million dollars in additional penalties, depending on how the court ultimately rules. 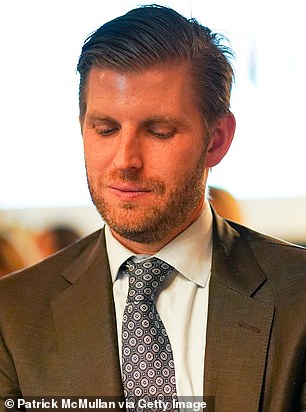 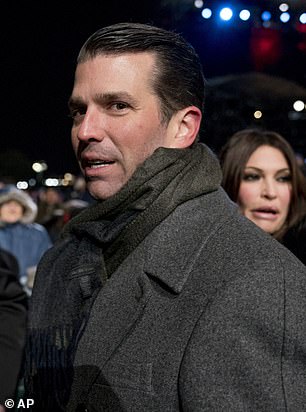 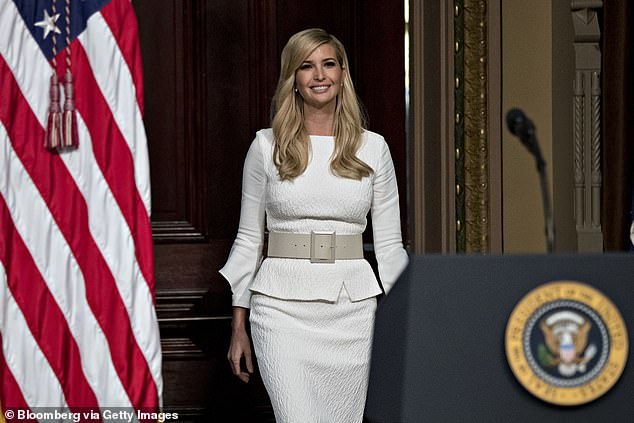 Prosecutors also want to bar Trump’s three eldest children from the boards of nonprofits based in New York or that operate in New York for one year, which could force the children to cut ties with a variety of groups, including charities of their own.

The elder Trump kids were named, Underwood said at the time of the original filing, because board members are supposed to scrutinize spending for signs that its leader — in this case that was their father — was misusing the funds.

She charged they exercised no such oversight. The board had not met since 1999.

‘The Foundation is little more than an empty shell that functions with no oversight by its board of directors,’ the lawsuit states. ‘In the absence of a functioning board, Mr. Trump ran the Foundation according to his whim, rather than the law.’

The Washington Post reported on how Trump used charity’s funds pay off legal settlements for his private business, to purchase art that decorated one of his clubs and to make a prohibited political donation.

The suit was filled with scathing charges against the president and his management of his self-named non-profit. It includes allegations of violations of campaign finance laws and illegal coordination with Trump’s presidential campaign.

Prosecutors charged Trump with repeatedly misusing the nonprofit to pay off his businesses’ creditors, to decorate one of his golf clubs and to stage a multimillion dollar giveaway at his 2016 campaign events.

Underwood said that the foundation’s remaining $1.75 million would be distributed to nonprofits approved by her office and a state judge.

In June, when the lawsuit was filed, Trump used Twitter to call it a concoction by ‘sleazy New York Democrats,’ and pledged not to settle. 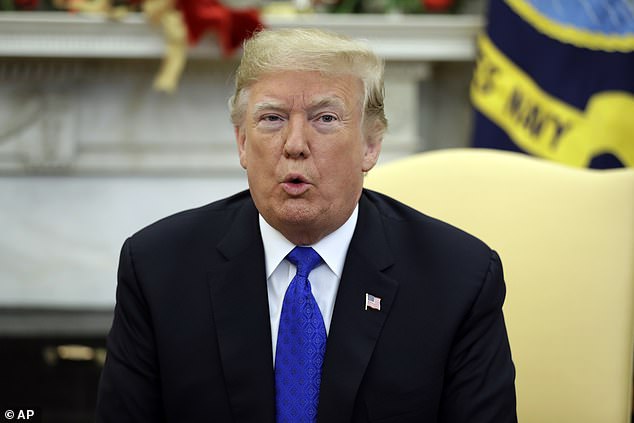 Trump tweeted in June, when the lawsuit was filed, that: ‘I won’t settle this case!’ 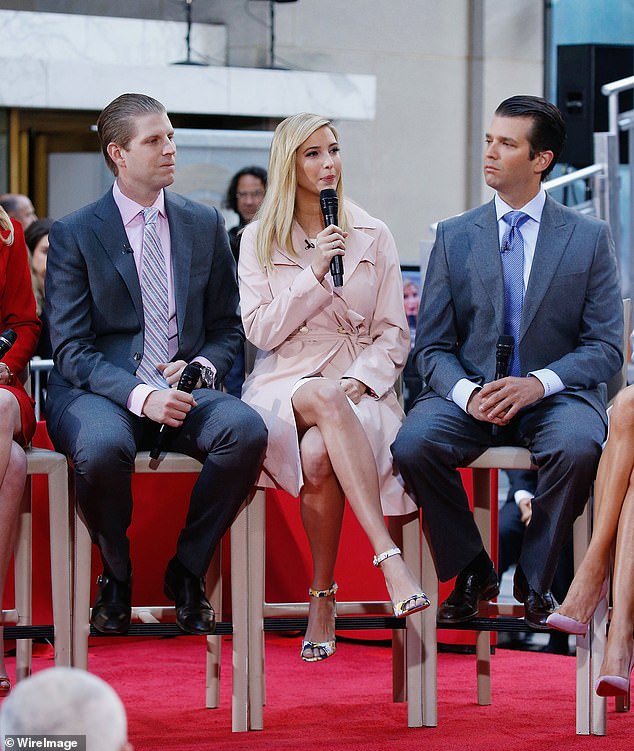 Eric Trump, Ivanka Trump and Donald Trump Jr. Trump could be barred from sitting on the boards of nonprofits in New York for a year

Trump tweeted in June: ‘The sleazy New York Democrats, and their now disgraced (and run out of town) A.G. Eric Schneiderman, are doing everything they can to sue me on a foundation that took in $18,800,000 and gave out to charity more money than it took in, $19,200,000. I won’t settle this case!..

‘…Schneiderman, who ran the Clinton campaign in New York, never had the guts to bring this ridiculous case, which lingered in their office for almost 2 years. Now he resigned his office in disgrace, and his disciples brought it when we would not settle.’

Underwood was promoted to attorney general this past summer, succeeding Schneiderman after he resigned following allegations that he had physically abused some of his romantic partners.

She is a career staffer, not an elected official, who did not seek election for a full term in the job this fall.

Given the two-year length of the investigation, a majority of it was conducted under Schneiderman, who took office in 2011.

Trump founded his charity to give away some of the royalties from his 1987 book ‘The Art of the Deal.’

But he did not give it any money between 2008 and 2015. Its largest donors are wrestling moguls Vince and Linda McMahon, who gave $5 million total in 2007 and 2009. Linda McMahon was appointed by Trump as head of the Small Business Administration.

In her June filing, Underwood charged the nonprofit was essentially one of Trump’s personal checkbooks — a pool of funds that his clerks knew to use whenever Trump wanted to pay money to a nonprofit.

The New York Attorney General’s lawsuit charges the Donald J. Trump Foundation was essentially one of President Trump’s personal checkbooks. Here are some of the specific charges:

Legally, Trump isn’t allowed to buy things for himself using the charity’s money, even if he was buying them from nonprofits.

The suit also listed some of the questionable expenses made by the charity, including a $10,000 on a portrait of Trump that was hung at one of his golf clubs.

And twice Trump used the charity’s money to settle legal claims against his businesses.

In 2007, he settled a dispute with the town of Palm Beach, Florida, over code violations at his Mar-a-Lago estate. The town agreed to waive outstanding fines if Mar-a-Lago gave $100,000 to the charity Fisher House.

But the donation came from the foundation and not the estate, prosecutors charged after Trump wrote a note requesting the move.

In 2012, a Trump golf club agreed to pay $158,000 to settle a lawsuit with a man who was denied a $1 million hole-in-one prize during a tournament at the club. The Trump Foundation paid the money instead of the club.

In March, after the attorney general’s investigation was underway, Trump repaid his foundation all $258,000, plus more than $12,000 in interest, the suit notes.

In the case of the portrait, she said Trump’s golf club paid the foundation the ‘fair rental value’ of using the foundation-owned painting as decoration. The value: $182.

But Underwood cited two instances where Trump’s foundation had seemed to do so.

In August 2013, Trump donated $25,000 from his foundation to a Florida political group aiding the reelection of state Attorney General Pam Bondi. Around that time, Bondi’s office was considering whether to join an ongoing lawsuit by then-New York AG Schneiderman, alleging Trump had defrauded students at his now-defunct ‘Trump University.’

The Trump Foundation omitted any mention of Bondi’s political group from its annual report to the IRS and instead said the $25,000 donation had gone to a nonprofit in Kansas with a similar-sounding name.

Underwood said Trump’s staff blamed confusion among accounting clerks for spending the foundation’s money, instead of Trump’s own. As for the incorrect IRS filing, Underwood wrote, ‘the Foundation has no credible explanation for the false reporting of grant recipients.’

Trump repaid the $25,000 and paid a penalty tax of $2,500 for an improper political gift after it came to light in a Washington Post investigative series on the Donald J. Trump Foundation during the 2016 campaign.

However, Underwood charges that the campaign Trump’s foundation helped most was his own.

In January 2016, Trump skipped a debate among Republican presidential candidates because he was feuding with debate host Fox News. Instead, he held a televised fundraiser for veterans — bringing in millions from wealthy friends and small-dollar donors, much of which went to his foundation.

She cited emails in which Corey Lewandowski, then-campaign manager, directed which veterans’ charities should receive money.

The Trump Foundation has been in legal limbo since after the election, when the president wanted to dissolve it amid growing controversy about its practices. But the foundation could not legally dissolve while it was under investigation, the New York attorney general ruled.

New York has jurisdiction over the Trump Foundation because the charity is based at Trump Tower in Manhattan and registered in New York State.

Trump has been president of the foundation since he founded it in 1987.