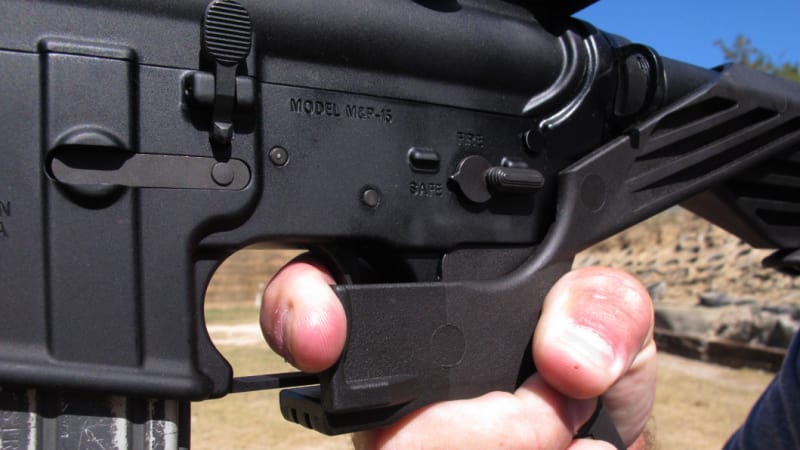 Washington: The Trump administration has banned bump stocks, the firearm attachments that allow semi-automatic weapons to fire like machineguns and were used during the worst mass shooting in modern US history.

The regulation gives gun owners until late March to turn in or destroy the devices. After that, it will be illegal to possess them under the same federal laws that prohibit machineguns. 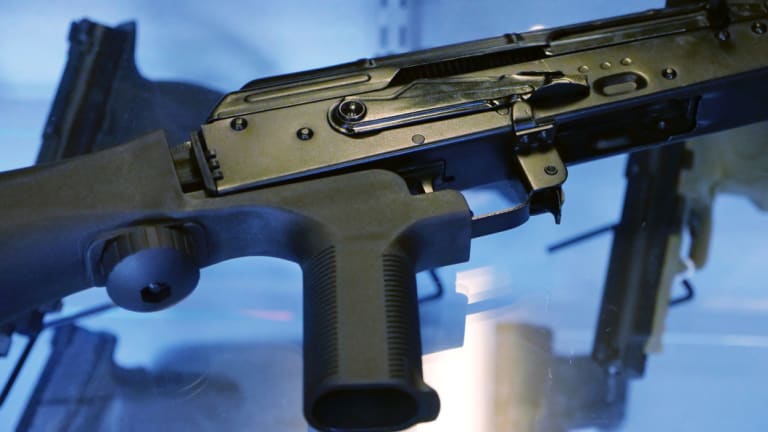 Bump stocks became a focal point of the gun control debate after they were used in October 2017 when a man opened fire from his Las Vegas hotel suite into a crowd at a country music concert, killing 58 people and injuring hundreds more.

The regulation was signed by acting Attorney-General Matthew Whitaker on Tuesday. It will take effect 90 days after it is published in the Federal Register, which is expected to happen on Friday.

Bump stock owners will be required to either destroy them or surrender them to the Bureau of Alcohol, Tobacco, Firearms and Explosives, a senior Justice Department official said.

It is impossible to know how many bump stocks Americans own because the devices aren't traceable, but ATF has estimated that between 280,000 and 520,000 have been sold since 2010. 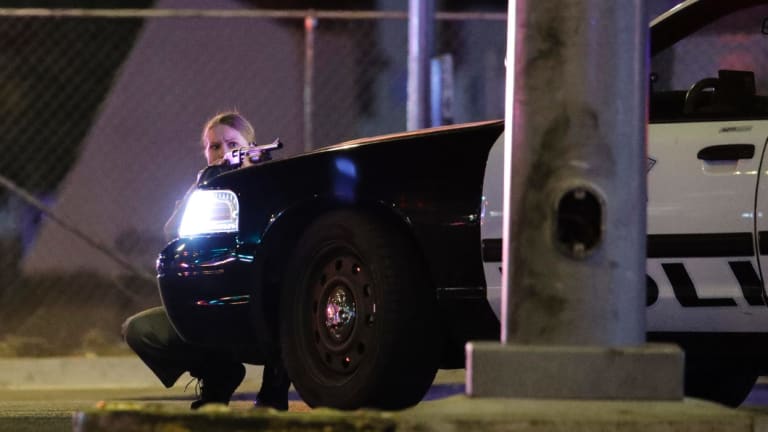 A police officer takes cover behind a police vehicle during a shooting near the Mandalay Bay resort and casino on the Las Vegas Strip on October 1, 2017.Credit:AP

Investigators expect most owners will comply with the new rule and ATF will take action against those who don't, the official said. But there's no way to know whether owners are complying. The official briefed reporters on condition of anonymity.

White House Press Secretary Sarah Huckabee Sanders said President Donald Trump was "once again fulfilling a promise he made to the American people". Trump had promised the ban in March, saying the devices "turn legal weapons into illegal machines".

Shortly afterward, the Justice Department started the process of amending firearms regulations to define bump stocks as machineguns. ATF received about 186,000 comments on the proposal.

The amended regulations reverse a 2010 ATF decision that found bump stocks did not amount to machineguns and could not be regulated unless Congress changed existing firearms law or passed a new one. In the aftermath of the Las Vegas shooting, some members of Congress sought to ban bump stocks, but no legislation was passed. At least 10 states have sought their own restrictions.

The amended rule was met almost immediately with resistance from gun rights advocates, including Gun Owners of America, which said it would file a lawsuit against the Justice Department and ATF to protect gun owners from "unconstitutional regulations".

"These regulations implicate Second Amendment rights, and courts should be highly suspect when an agency changes its 'interpretation' of a statute in order to impair the exercise of enumerated constitutional rights," the organisation's executive director, Erich Pratt, said.

The Justice Department official said the government will fight any legal challenge that might be brought.

The National Rifle Association called on the Justice Department to provide amnesty for gun owners who already have bump stocks.

"We are disappointed that this final rule fails to address the thousands of law-abiding Americans who relied on prior ATF determinations when lawfully acquiring these devices," spokeswoman Jennifer Baker said.

Paddock shot himself dead after the massacre. There were 23 assault-style weapons, including 14 fitted with rapid-fire bump stock devices, strewn about his 32nd-floor hotel suite at the Mandalay Bay casino and hotel.

The largest manufacturer of bump stocks, Slide Fire Solutions, announced in April that it would stop taking orders and shut down its website. The remaining stock of the devices is now being sold by another company, RW Arms, based in Fort Worth, Texas.