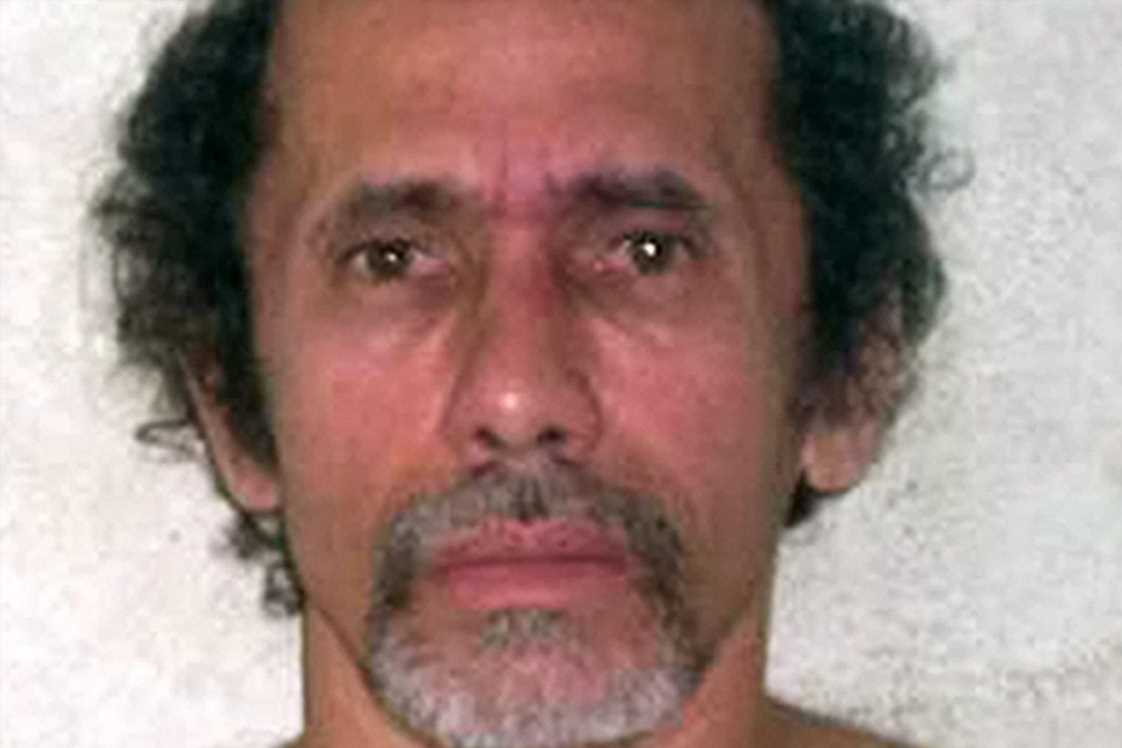 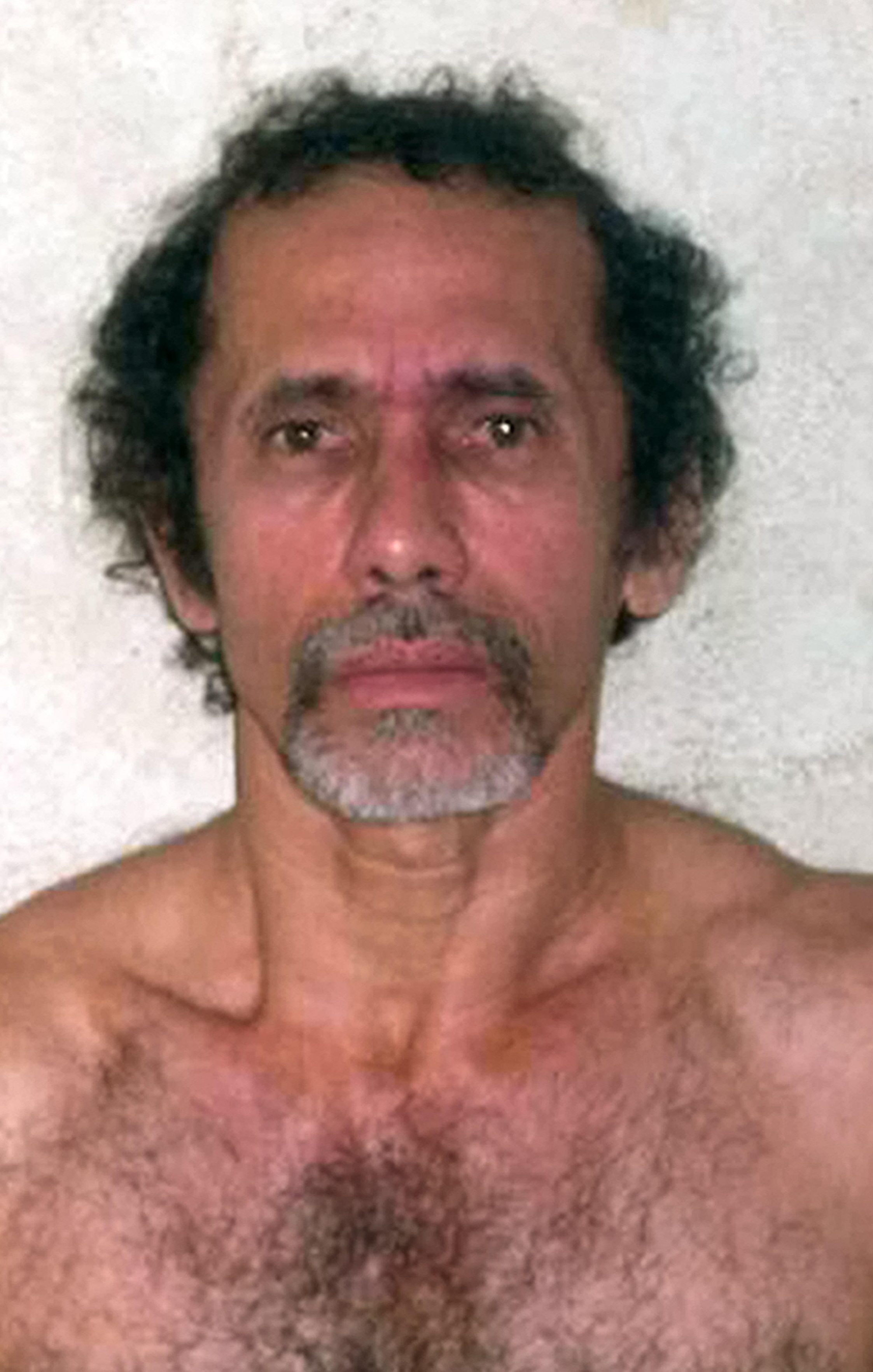 They were arrested in April 2012 in Garanhuns, northeastern Brazil.

The trio of cannibals lured young women to their house by offering them work as a nanny, before murdering them and feasting in their dead bodies in a grisly “purification” ritual.

Negromonte’s wife Pires would then use the remaining human flesh to make traditional stuffed meat pastries – or "empadas" – which she and Oliveira would sell to unsuspecting customers on the streets.

The evil love triangle's barbaric crimes shocked the world when they were finally uncovered, and residents of Guaranhuns also made the sickening discovery that they too had unwittingly devoured the remains of victims. 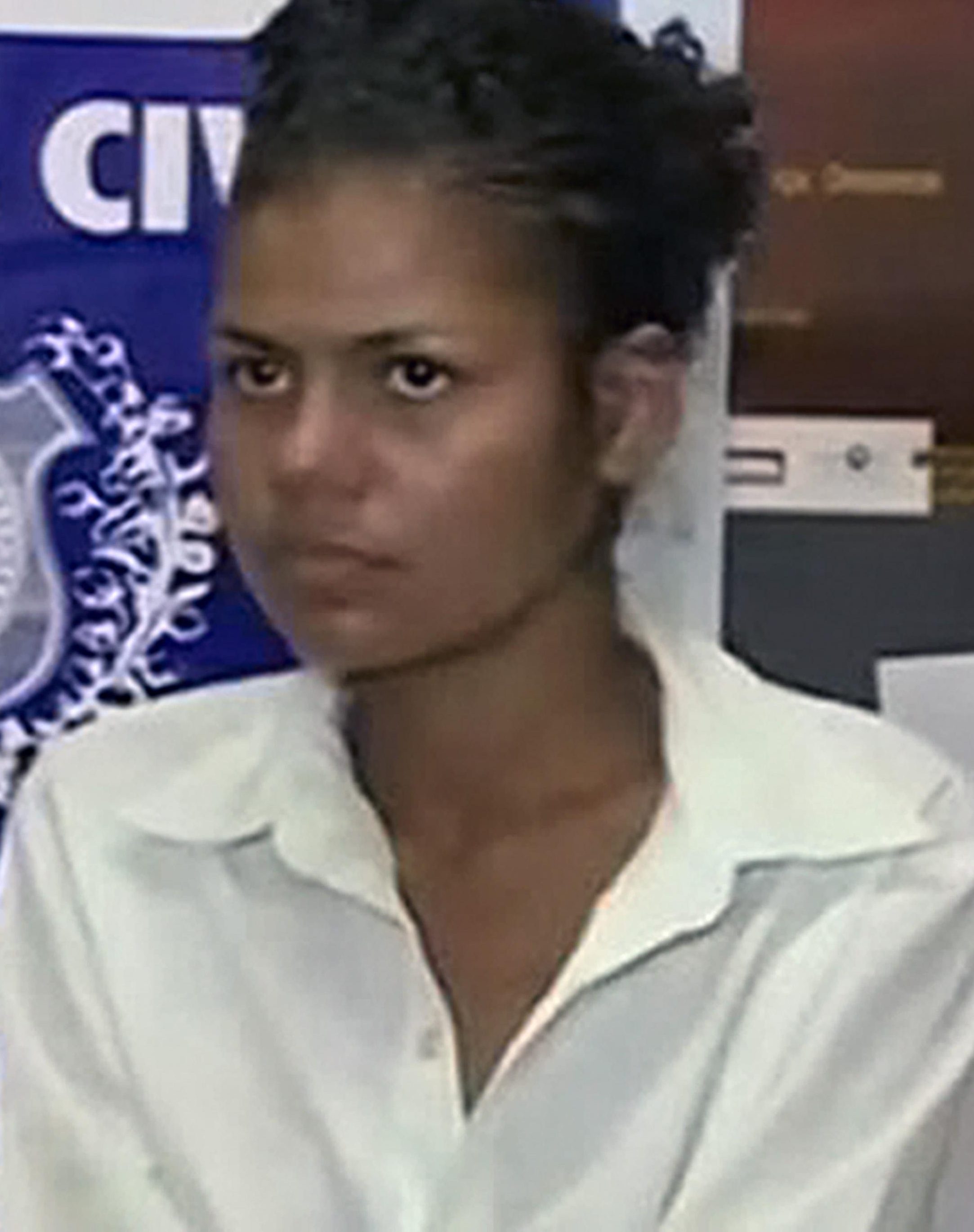 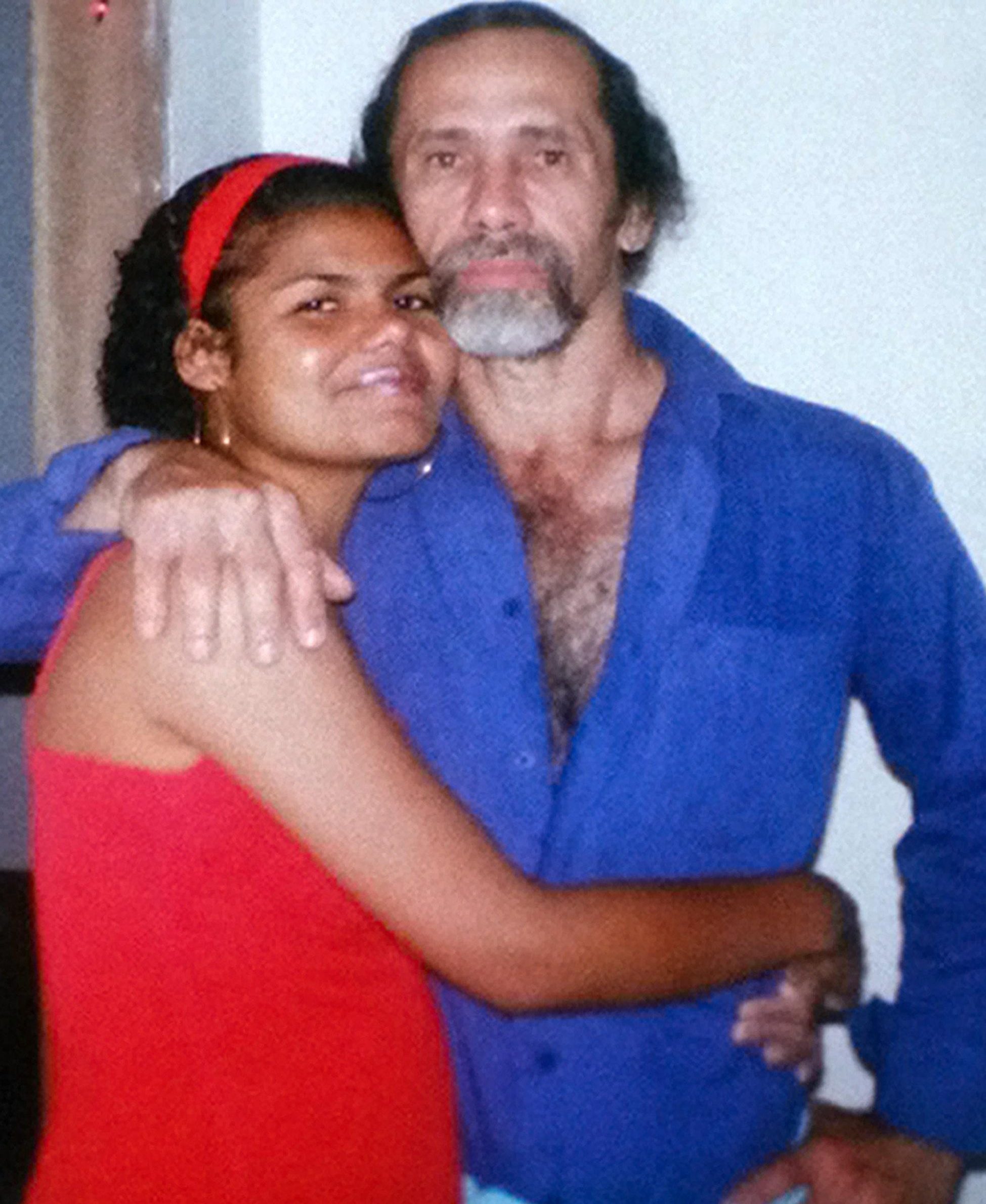 Negromonte, who would kill the women with a hammer or fish knife, reportedly butchered one young woman in front of her 18-month-old daughter – then fed the toddler pieces of her mother the next day for lunch.

After killing the women the group would dismember their bodies and remove their flesh before storing the meat in the freezer of their home and burying their bones in their backyard, the serial killer later explained.

But the monster justified his acts by claiming the women he killed would give birth to future “thieves and lowlifes” and that the group were helping to rid the world of the ill-educated and their negative energies.

The trio, who claimed to be part of a sect that preached "the purification of the world and the reduction of its population", believed that by devouring the flesh of their victims they would purify themselves from the sin of having murdered them. 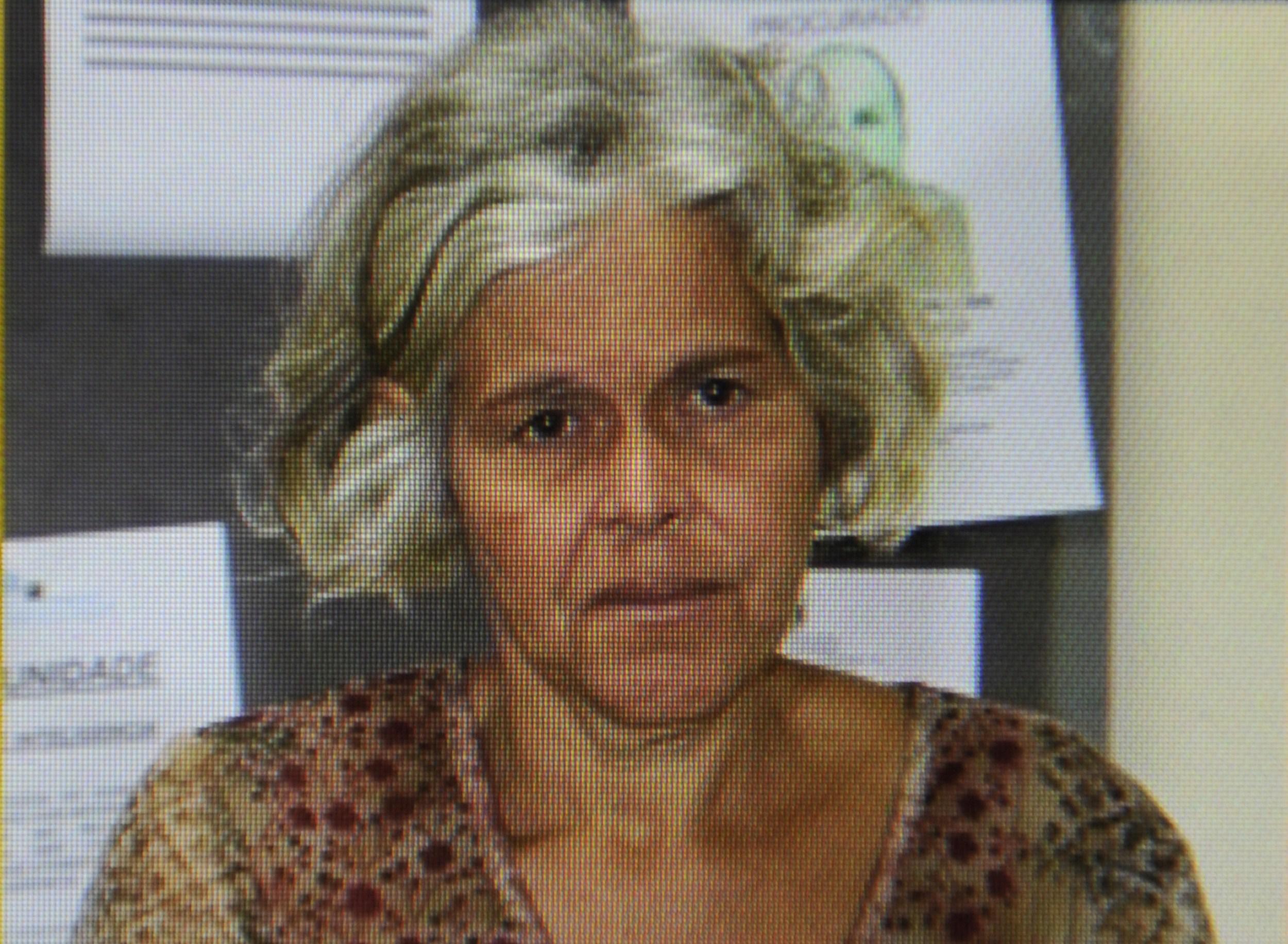 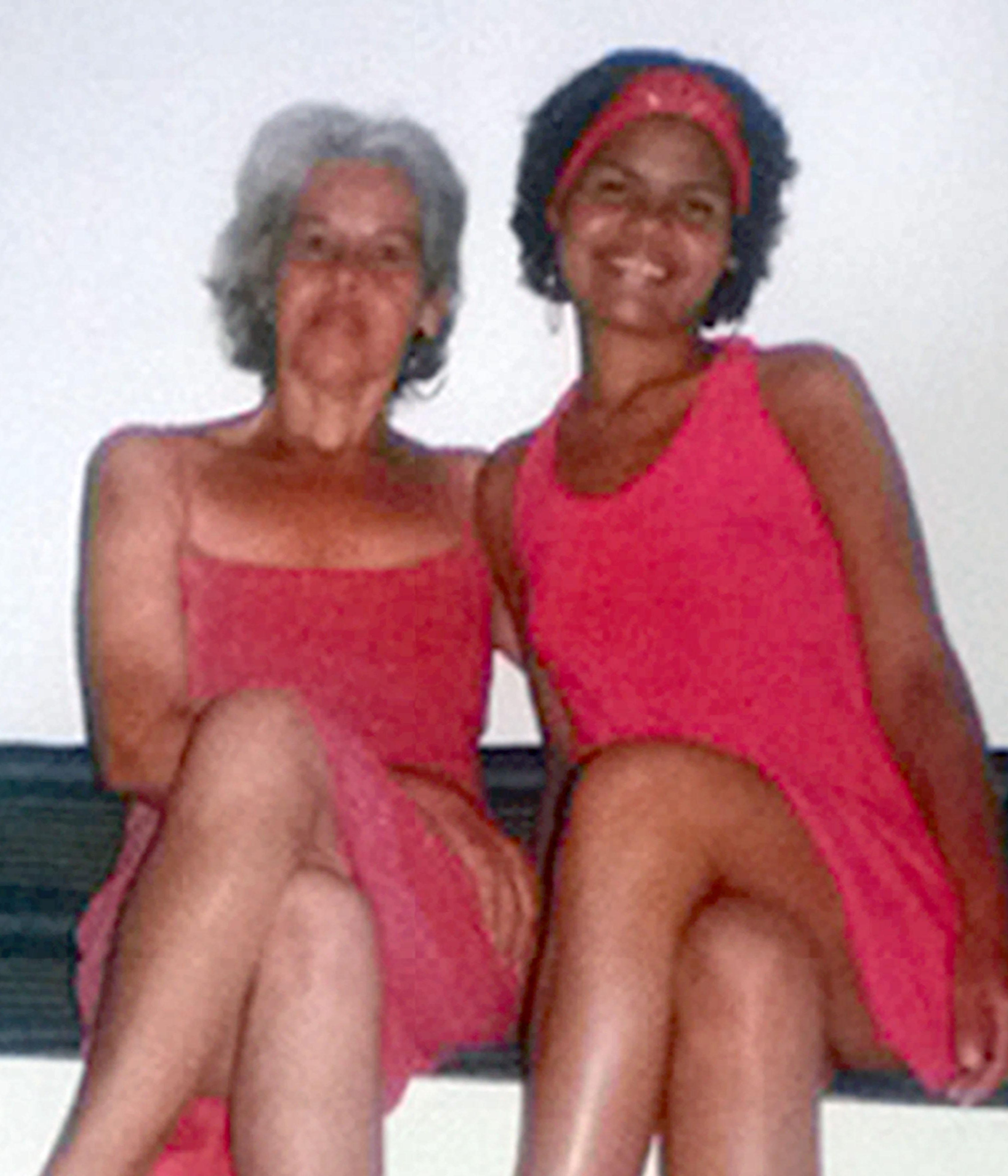 On Saturday a jury in Brazil’s northeastern city of Recife found the three guilty of murdering two women, Gisele Helena da Silva, 31, and Alexandra Falcao da Silva, 20, inside their home in February and March 2012.

The court heard how da Silva was lured to the house after Pires invited her to receive advice and hear the "Word of God". While she distracted her Negromonte allegedly stabbed her through her neck from behind.

A month later, the group lured Ms Falcao to their house under the pretence of offering her a job as a babysitter. Again, as the women talked Negromonte murdered her by stabbing her through the back of her neck, according to prosecutors.

Judge Ernesto Bezerra Cavalcanti sentenced Negromonte to 71 years for double murder, as well as concealment and vilification of a corpse and robbery. His wife Pires received 68 years and mistress Olivera 71 years and ten months. 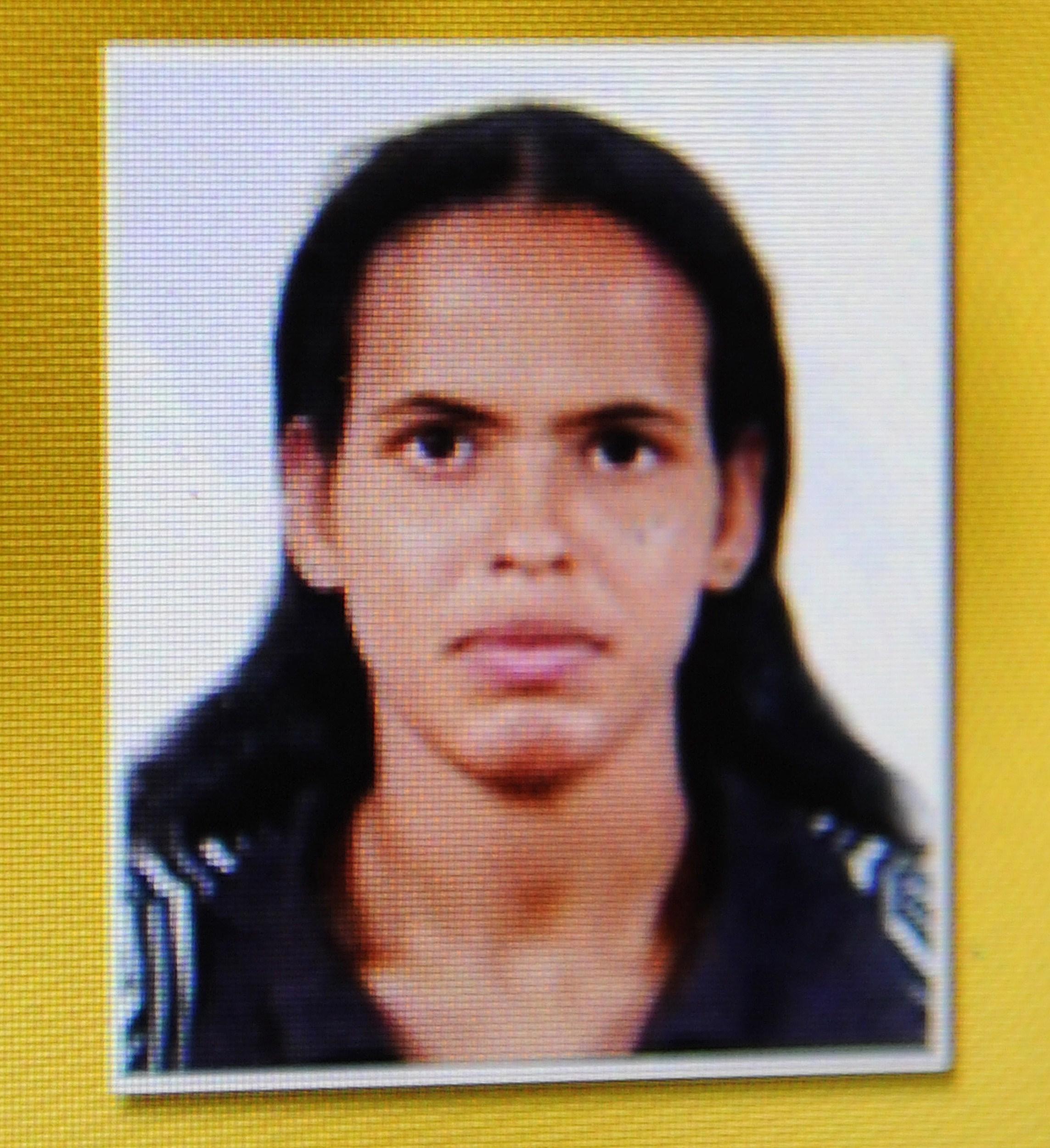 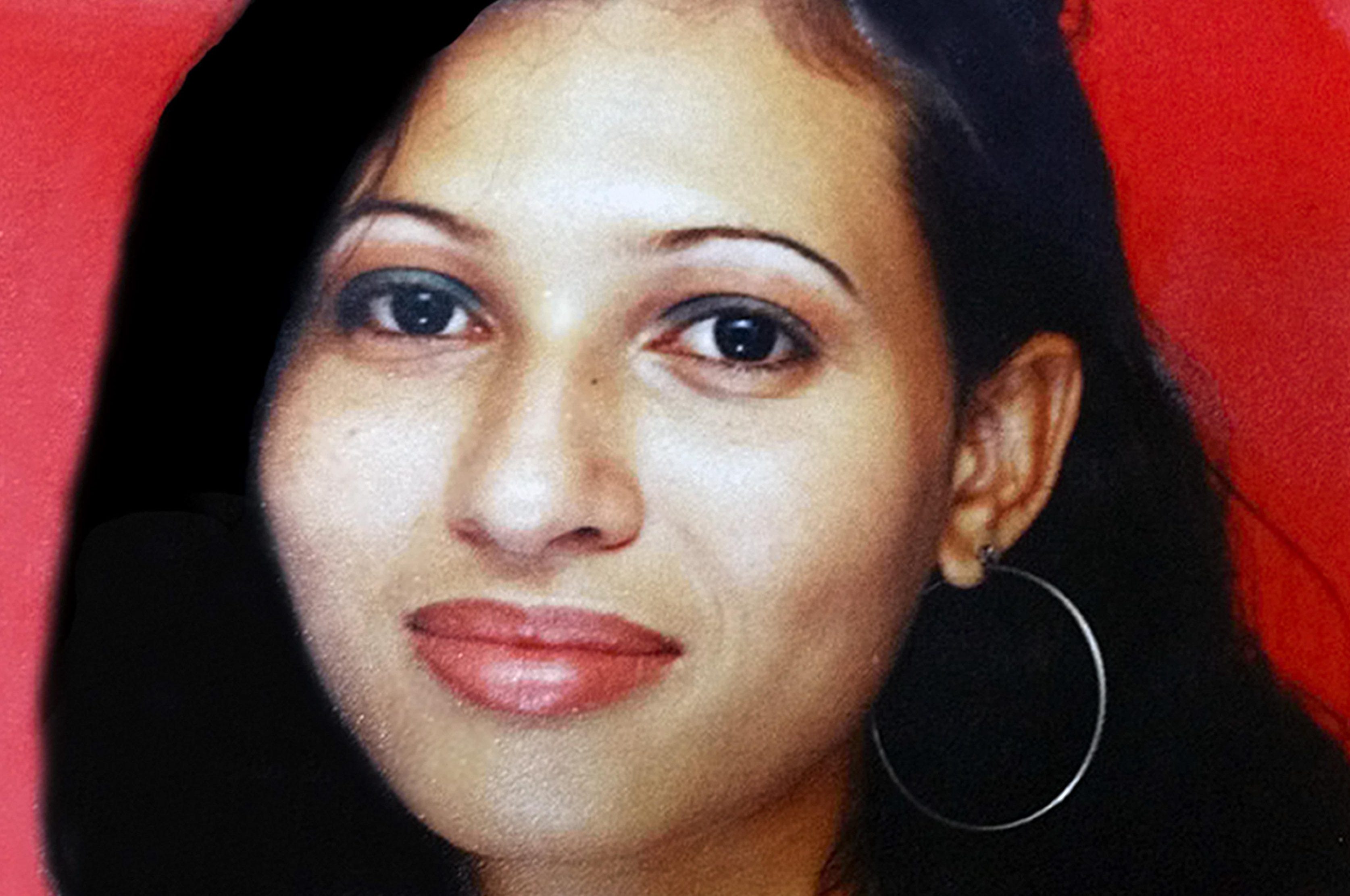 The trio had already been condemned to between 20 and 23 years in prison for the murder of another woman, 17-year-old Jessica Camila da Silva, in 2012, inside the flat where they lived in Olinda, near Recife. After murdering the young mother in front of her toddler daughter, the group raised the girl as their own.

In an interview from prison in 2015, 57-year-old Negromonte, a former university professor, gave chilling details about how the love triangle would consume the women.

He said: “The women would prepare the meat. We'd often cook it in a Mexican stew called carne guisada, with vegetables.

“Isabel would use it to make a typical northeastern dish called Macaxeira, made from cassava root, which was tasty. 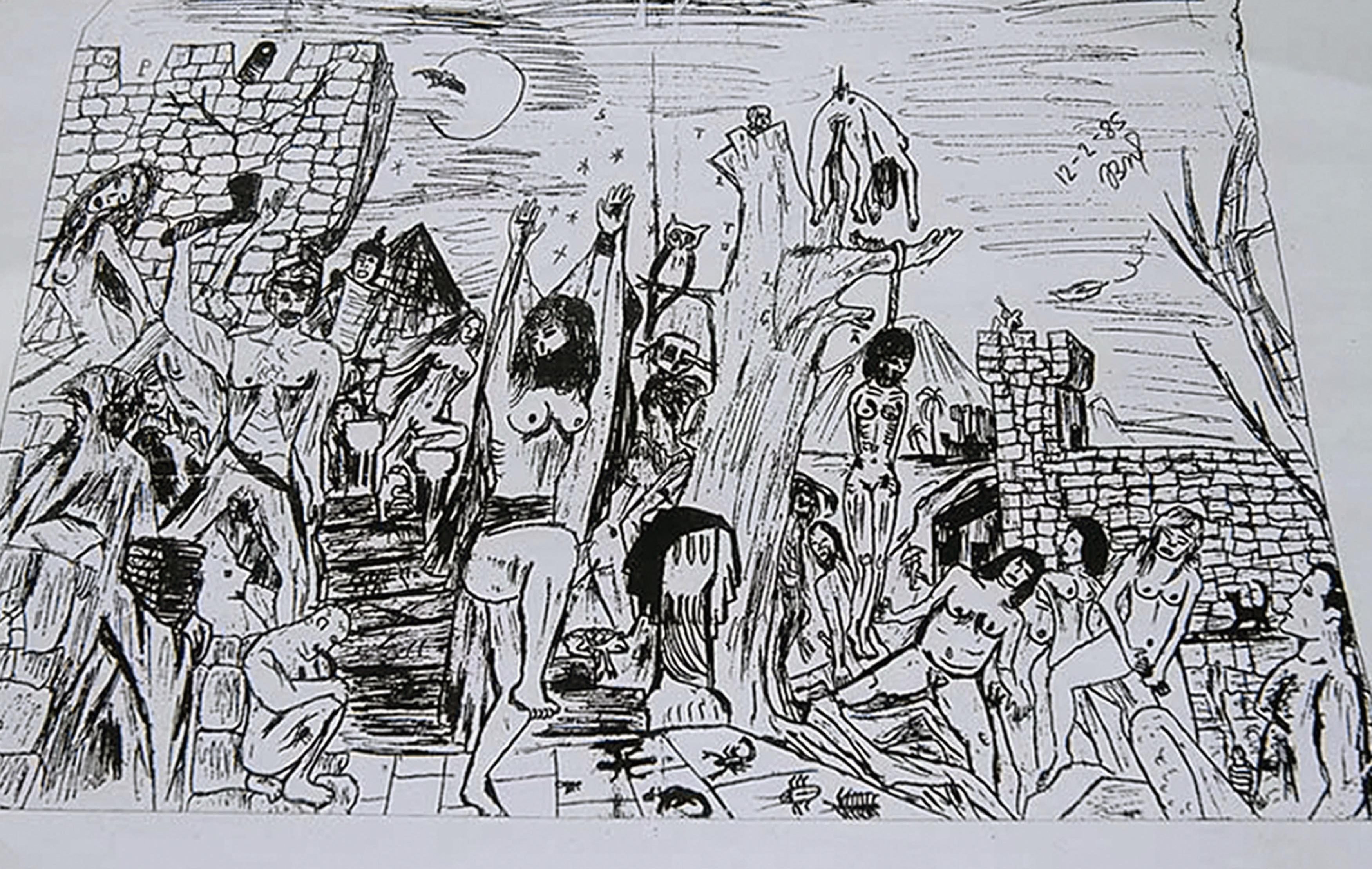 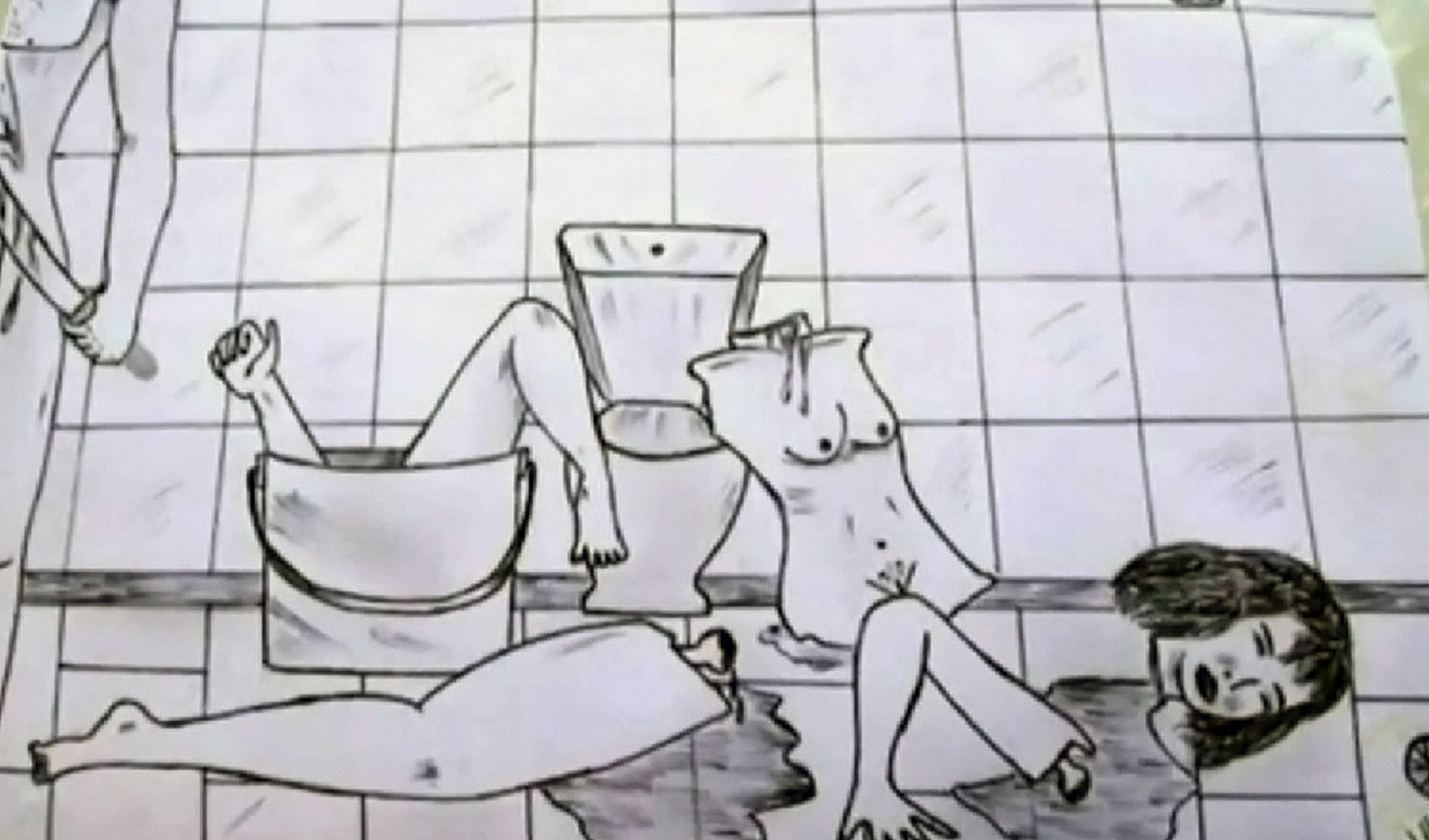 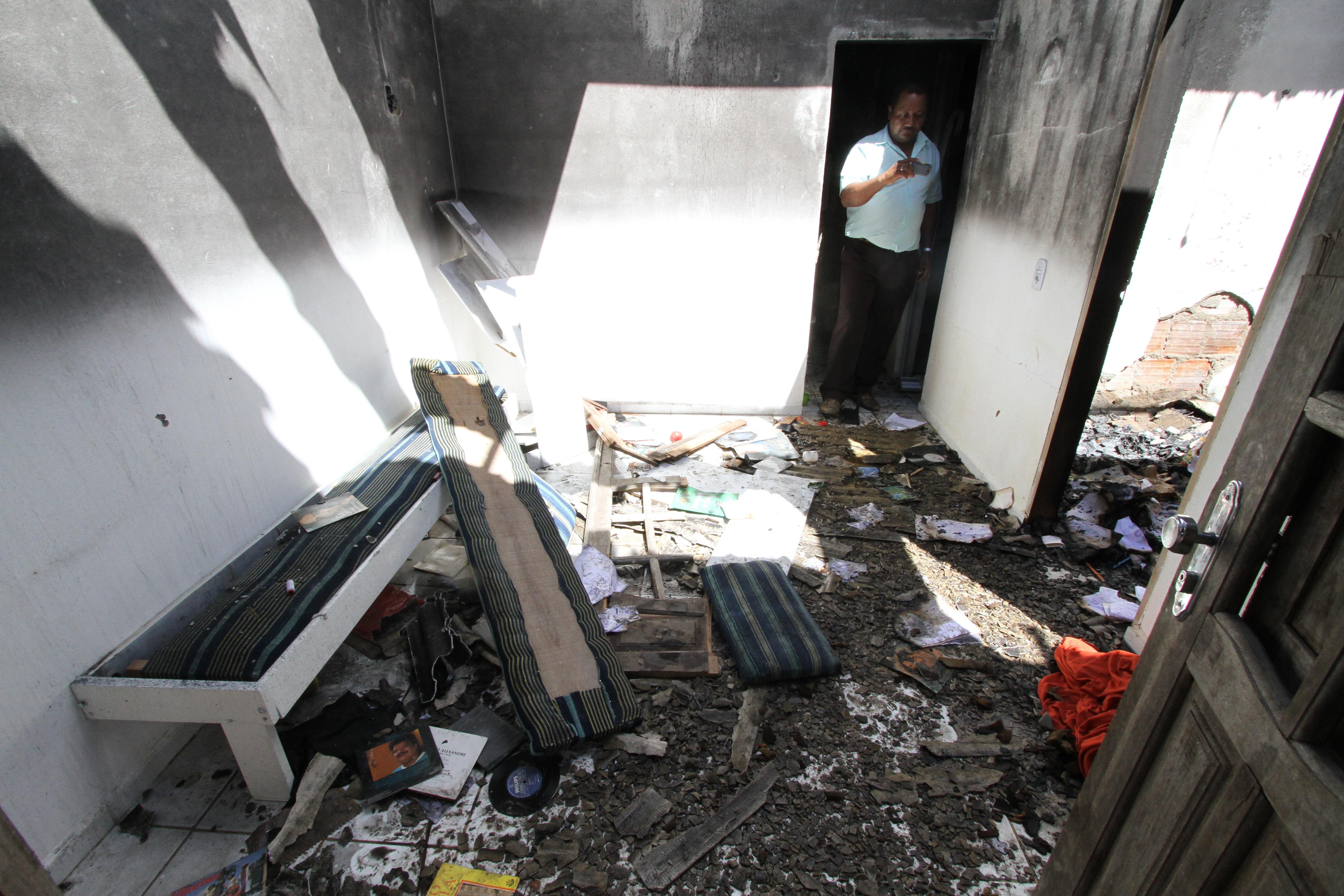 “I can't remember if we ever fried it like a steak. I did buy a mincing machine for Bruna to make minced meat, but I'm not sure if she used it.

"The meat would last for three or four days. We would have it for lunch and dinner until it was all gone.

“Human meat, for me, is no different to beef. It has the same taste and the same succulent consistency.

"It isn't any more delicious than beef, but neither is it less delicious.” 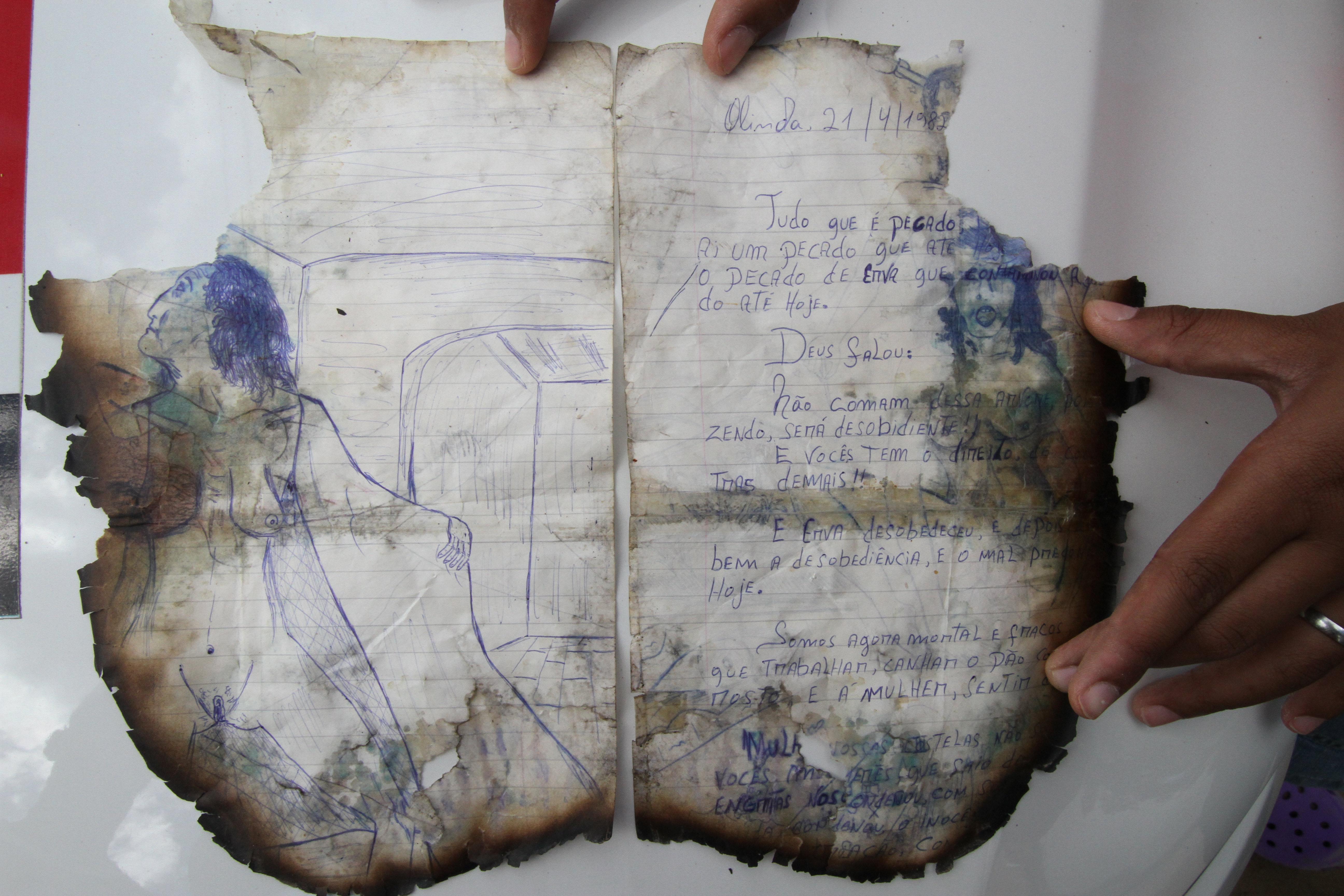 Following their arrest in 2012, police said remains of two women were found in the back yard of the house shared by the suspects.

Detectives also found found a 50-page book entitled Revelations Of A Schizophrenic, written by Negromonte. In it, he said he heard voices and was obsessed with killing women.

After being detained, Negromonte’s mistress Oliveira, who lived with him and his wife, allegedly told officers the pastries were sold to local bars and eateries, as well as to some neighbours.

Even the police chief in charge of the investigation discovered he had eaten the murdered women’s flesh after declaring himself a “fan” of empadas they would sell on the street, according to reports.