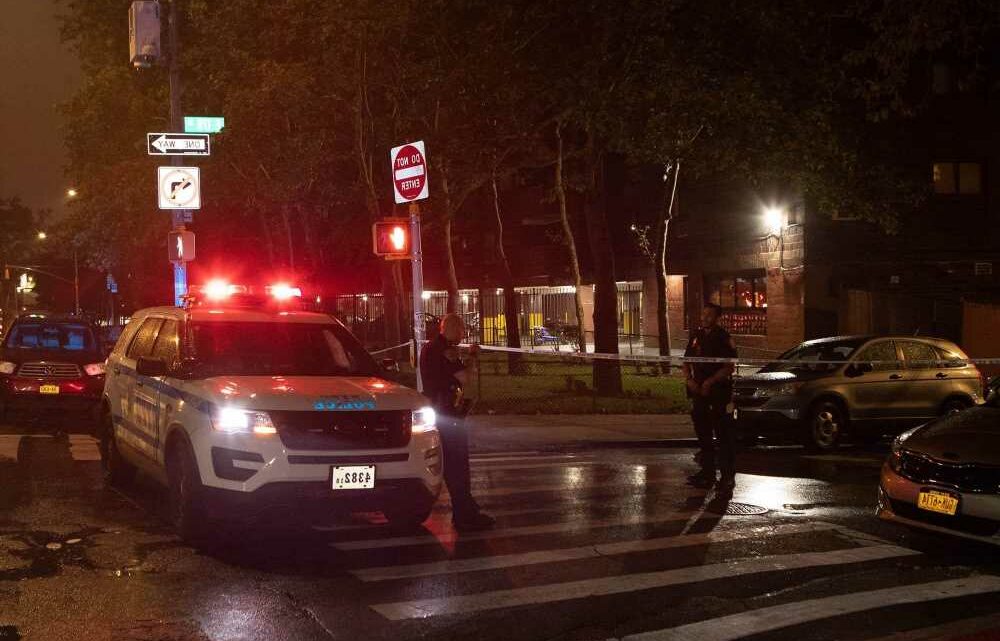 Trigger-happy street gangs responsible for nearly a third of all NYC shootings: NYPD

Adams: Cops who told The Post about NYC’s surging teen violence ‘were right’

Trigger-happy street gangs are responsible for nearly half the people shot in New York City and a third of all incidents involving gunfire, police data show.

And The Bronx is the top hot spot.

Spurred by a raging battle involving suspected Crips members that erupted last month, the borough has been plagued by turf-war shootouts, which left three teens dead in a five-day span in early July.

“There will be no end in sight,” he predicted, noting that last year’s gun violence was close to all-time records. “Wild gun battles erupting on the streets can only lead to innocents being shot. We’ve already seen it.”

Through July 25 this year there have been 981 gunshot victims — in 840 shooting incidents — across the city compared with 846 gunshot victims in 689 incidents last last year, 16 percent and 22 percent spikes, respectively, the NYPD’s sobering statistics show.

A whopping 251 of the 840 gun blasts — 30 percent — are gang motivated, according to the stats. That’s three percent more than last year’s 243 shootings.

The rise is driven by a Wild West gang culture of the 48th Precinct, in the heart of The Bronx, where revenge-crazed pistol packers have no fear of the police, cops say.

They say 11 of 32 shooting incidents there this year are being probed as gang motivated, compared with 10 of 21 such incidents last year.

Top cop Dermot Shea and other police brass have attributed the shootings surge to sweeping bail reform measures that took effect in January 2020.

“No bail, no jail, and no threat of being stopped by the police,” said Giacalone,

Among the bystander victims was Eric Velasquez, 34, who was fatally struck by a stray bullet after a suspected Young Gunnaz gang member allegedly shot blindly into a crowd while on a rival gang’s turf on East 184th Street in Fordham Heights on May 16.

Cops busted 16-year-old Alberto Ramirez, but a judge reduced the accused shooter’s bail and he got sprung.