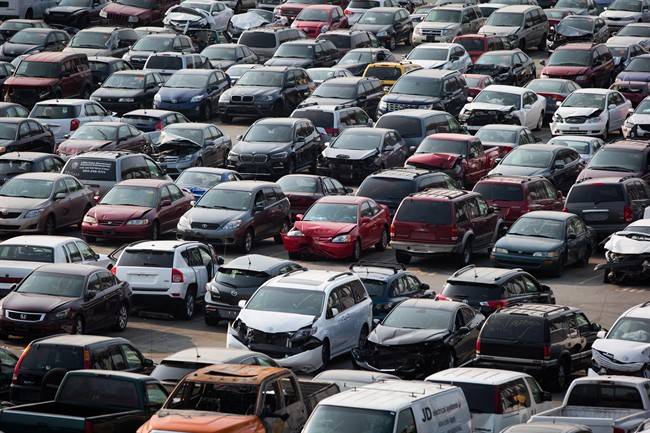 ICBC has recently changed the way it handles injury settlements and B.C. trial lawyers are worried it will hurt victims and increase costs for rate payers.

According to the B.C. Trial Lawyers, the public insurer has started revoking previous settlement offers in the last week and is now considering payments based on new criteria.

Lawyers have been told ICBC is now going to judge settlements based on a “meat chart,” with no discretion for the adjuster.

“They will apply one, two or three criteria and put a case in a certain level,” B.C. Trial Lawyers president Ron Nairne said.

“And now ICBC is coming in at this late stage and changing the rules of the game. People will say if the rules are not fair, they are going to have to proceed to trial.”

ICBC says the changes are necessary because of the quickly escalating costs of injury claims and the associated legal expenses. The public insurer says the rising costs of claims is by far the single biggest pressure on ICBC’s finances, having gone up by 43 per cent in just five years, with a projected total of $3.67 billion in 2018.

“In particular, these costs are being driven by litigated injury claims,” ICBC spokesperson Adam Grossman said. “Since March 2017, the dollar value of settlements demanded by plaintiff lawyers for litigated files has increased by 30 per cent, while the average cost of closed litigated injury claims has risen by 20 per cent from $101,920 in 2017 to $121,826 in our current fiscal year.”

“We have constantly been looking for ways to address rising injury claims costs and the pressure they put on insurance rates.

“It’s clear we need to continue to find fair and reasonable ways to get the cost of the average injury claim down to more of a historical, inflationary trend, rather than the sharp increases we’ve seen over the past year.”

But lawyers say this last-minute change is not fair and could have a negative impact on clients. In some cases, lawyers say the new settlement offers are much lower than is acceptable. If the client decides to go to trial, it could delay the expected payout.

Trials themselves are also expensive. In most cases, the overall payout is higher in a trial because of the legal fees.

“This is going to have a huge impact on claimants,” Nairne said.

“People come to ICBC expecting to be treated fairly, that they are not going to be getting a windfall, but will be fairly treated.”

ICBC says it has had success closing more injury files and is seeing fewer cases go to trial each year. But one the concerns from the insurer is that it is seeing fewer offers being accepted and settlement costs are being driven even higher.

“We are doing what any responsible insurer would do when claims costs skyrocket beyond historical trend lines,” Grossman said.

“Our only other option is to increase our insurance rates by levels British Columbians cannot afford, which is not a viable solution.”

ICBC lost $1.3 billion last year and is forecast to lose more than $800 million this year. The insurer has announced major changes coming on April 1, 2019 that will create a cap of $5,500 on payouts for pain and suffering for minor injuries.

The insurer explains that one of the reasons for the need to change are the mounting legal costs. ICBC says plaintiff disbursement costs have increased by 21 per cent this fiscal year over last. But Nairne is quick to defend the work that he is doing and rejects the suggestion lawyers are artificially inflating what they are looking for in injury settlements.

“The only thing I can do is look at the facts of the case and make a proposal based on those facts,” Nairne said.

“It is all driven on what is fair, based on what the courts have decided previously.”