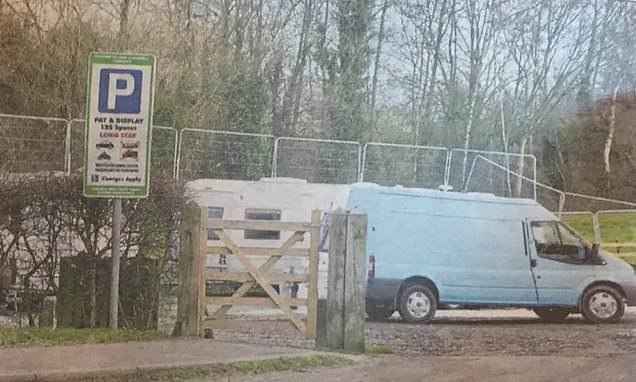 Travellers camped illegally ‘should not be moved near to rifle range’

Travellers camped in a town car park can’t be moved near to a rifle range because the gunshots might trigger PTSD of when they’ve been shot at, council bosses say

Travellers should not be housed near a rifle range because it may give them flashbacks of being shot at, councillors have argued.

A family which set up an illegal camp in Ashbourne, Derbyshire has been offered a temporary home next a shooting club.

But councillors said the group has faced years of hate and violence and that being exposed to the sound of gunfire could traumatise them. 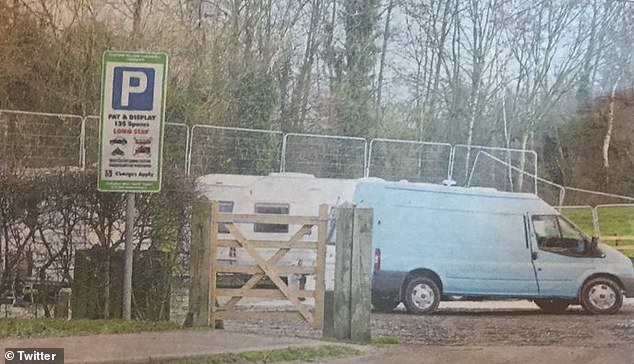 A family which set up an illegal camp (pictured) in Ashbourne, Derbyshire has been offered a temporary home next a shooting club 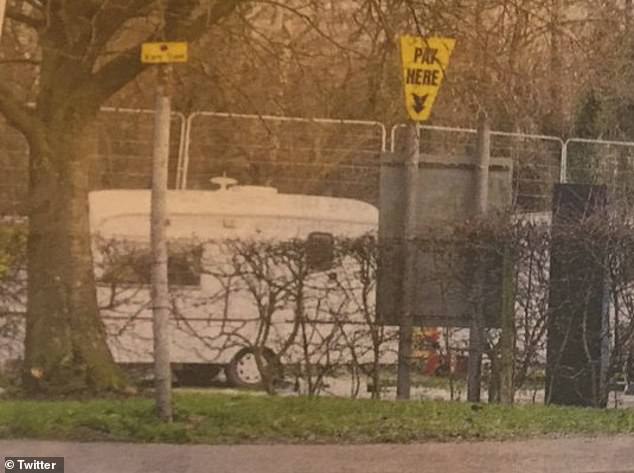 Councillors said the group has faced years of hate and violence and that being exposed to the sound of gunfire could traumatise them. Pictured: The illegal camp

Furious club members said the councillors’ argument portrayed them as ‘cowboys running around shooting up the place’.

Derbyshire Dales District Council last week eventually voted to move the family onto the land next to the 118 year-old rifle club in Matlock Bath.

The large family of travellers with half a dozen vehicles set up camp on an overspill car park in the middle of Ashbourne six weeks ago.

A highly charged council meeting heard chief executive Paul Wilson claim the family’s occupancy was having an ‘economic effect’ on the town, due to taking up a much-needed parking space.

Council officers also said there were also ‘issues with ground conditions and confrontations with residents’.

The meeting was told the overspill car park at Matlock Bath train station was suitable as a ‘temporary tolerated’ traveller site until March next year.

But opposition councillors on the Conservative-run authority, along with one Tory member, disapproved due to its close proximity to the Matlock and District Rifle Club.

During the meeting it emerged the traveller family’s vehicles had been shot at while camping in the nearby village of Rowsley, Derbyshire, back in 2013.

The incident was reported to the police, but no motive for the attack or those who carried it out were ever found.

Conservative member, Cllr Vicky Massey-Bloodworth, said placing the family next to a gun range could bring back bad memories for the family-.

‘I understand we have to put them somewhere, but there is putting a family that has faced hate and been shot at next to a shooting range,’ she said.

‘We have a duty of care to help them and this is not the way to do it.’

Labour councillor Irene Ratcliffe said: ‘I don’t know how we can go ahead with putting them next to a rifle range, operating three days a week.

‘I know we are desperate, but there is nothing worse for them than trying to sleep at night feeling scared.’

She also said the council had not moved quickly enough to secure land for a permanent travellers’ site.

The issue has dogged the authority for several years, but despite a legal requirement to provide a site in the area for travellers they have been unable to do so, forcing them to find a succession of temporary solutions.

Council leader, Cllr Lewis Rose, said: ‘How many times have we sat in this chamber and debated this subject. Again, we are stuck between a rock and a hard place.

‘It is a pity that this sort of situation brings out the worst in people, but we have to do what we can do and do it fairly,’ he added.

In the end councillors voted by 12 votes to four to approve making the land in Matlock Bath ‘a temporary tolerated site’, but the authority cannot force the family to move on to it.

But it has annoyed the well-established club, which has around 30 members, and an indoor shooting range which it uses during the winter months.

Club official Len Webster, who attended the council meeting said: ‘There were a lot of people talking about us, but no one actually bothered to ask us about this. I tried to speak but I was told to sit down. 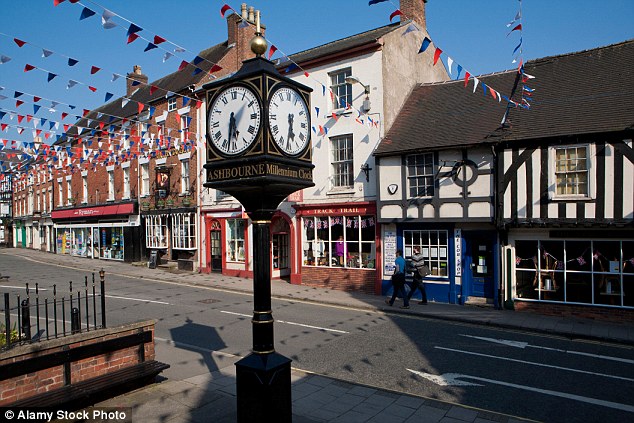 ‘Some of the councillors there were sympathetic towards the travellers, but from what they were saying they didn’t have all the information they should have.

‘We have been running this club for over 100 years, we are registered with the Home Office and the police. We have very strict rules, if we did anything wrong we would lose our licence.

‘We had nothing to do with this process, but it was as if the onus was being put on us.

‘They probably think we are just a load of cowboys running around shooting at anything and everything!

‘Personally, I don’t think the land is suitable, but it’s got nothing to with its proximity to the club.’

Although the council has no power to force the family to relocate to the temporary site, they have earned them if they remain in Ashbourne or move onto another site illegally they will begin court proceedings.

A spokesman for the Derbyshire Dales District Council said it is looking at options for land where it can create six permanent pitches.

He added: ‘If there are any lease issues with the gun club, there is a contingency within the agreement to use another area nearby.’