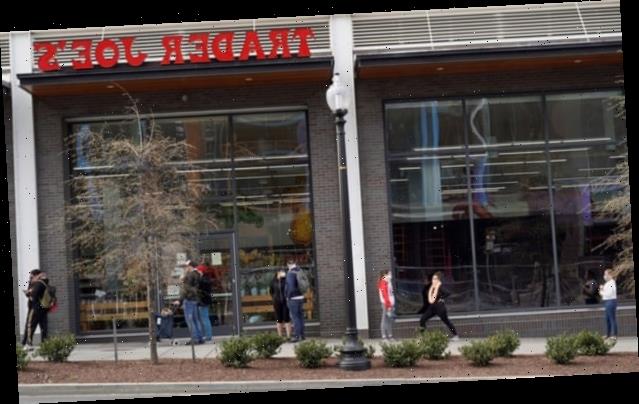 US corporations are cracking down on unionization efforts as workers try to organize under the shadow of the coronavirus pandemic.

Companies, including grocery chains Trader Joe’s and Whole Foods, airport concession operators, local authorities and even a furniture company owned by the billionaire Warren Buffett have moved to control efforts to unionize as workers become increasingly concerned about workplace safety during the emergency.

The Trader Joe’s chairman and CEO, Dan Bane, sent a letter to all employees on 31 March opposing labor unions, and calling attempts to recruit staff “a distraction”, the latest in a series of memos and actions taken by the company to suppress union organizing efforts calling for hazard pay and adequate protections for grocery store workers during the pandemic.

‘I don’t want this job to kill me’: why have 68 New York transit workers died during the pandemic?

“It’s a blatant anti-union letter,” said a Trader Joe’s employee in New Jersey who requested to remain anonymous for fear of retaliation. “It’s in bad taste and shows the greed this company has instead of taking proactive measures to keep the crew and customers safe.”

A Trader Joe’s spokesperson told the Guardian in an email, “Because a union has chosen to inject itself into the lives of our crew members during this time of crisis – even as we follow and lead in best practices in compensation, benefits, safety and sanitation – we have no alternative but to remind and share the facts with our crew members.”

As workers on the frontlines of the coronavirus pandemic have organized protests and strikes, several employers have responded by stepping up attempts to oppose unionization, repeal workers’ rights won in bargaining, and fire workers en masse who had recently publicized intent to organize a union in their workplace.

Concession workers at Orlando international airport have filed official complaints against their employer, HMSHost, over the lack of coronavirus safety protections, which included continuing to hold anti-union captive audience meetings during the pandemic. A union election for workers to join Unite Here scheduled for late March was delayed and is currently being rescheduled due to the pandemic.

“I tried to refuse to go because we were short-staffed,” said Rosanny Tejeda, a Starbucks barista at Orlando international airport for about one year before recently being furloughed. Tejeda claimed the meeting did not adhere to social distancing or take into account any coronavirus safety precautions, and she was targeted throughout the meeting for wearing a union pin.

“They didn’t care about our health when they sent us to those meetings,” said Tejeda. “To them, the union was a more important issue than the coronavirus. They made sure to give us papers about the union, but didn’t give us training or protective equipment for us in the stores.”

A spokesperson for HMSHost said in an email: “During these difficult times, we continue to prioritize the safety and well-being of our teams and travelers. As we try to serve the few passengers that are still traveling, we are educating our associates daily with updated guidance according to the CDC recommendations.”

Citing the pandemic, the manager of Clark county, Nevada, unilaterally suspended all union contracts with the county. The decision affects about 9,000 workers, including hospital workers at University Medical Center of Southern Nevada in Las Vegas.

A spokesperson for University Medical Center told the Guardian “due to the rapidly evolving nature of this global pandemic, we simply do not have time to delay urgent decisions”.

The Teamsters union has filed federal unfair labor practice charges of unlawful termination against CORT furniture, a subsidiary of billionaire Warren Buffett’s Berkshire Hathaway, accusing the furniture rental company of retaliating against workers for supporting unionization just as the pandemic broke in the US.

“It’s an absolute disgrace they would take advantage of a pandemic to frustrate workers’ ability to organize and get better representation for themselves so they’re not risking their lives to perform essential services,” said Celine McNicholas, government affairs director at the Economic Policy Institute (EPI).

According to a December 2019 EPI study, in over 40% of union organizing campaigns an employer violates the law.

“This is an extreme moment we’re in, but unfortunately this is the traditional employer playbook in opposing workers’ efforts to organize and collectively bargain for better pay and better health and safety provisions,” added McNicholas.