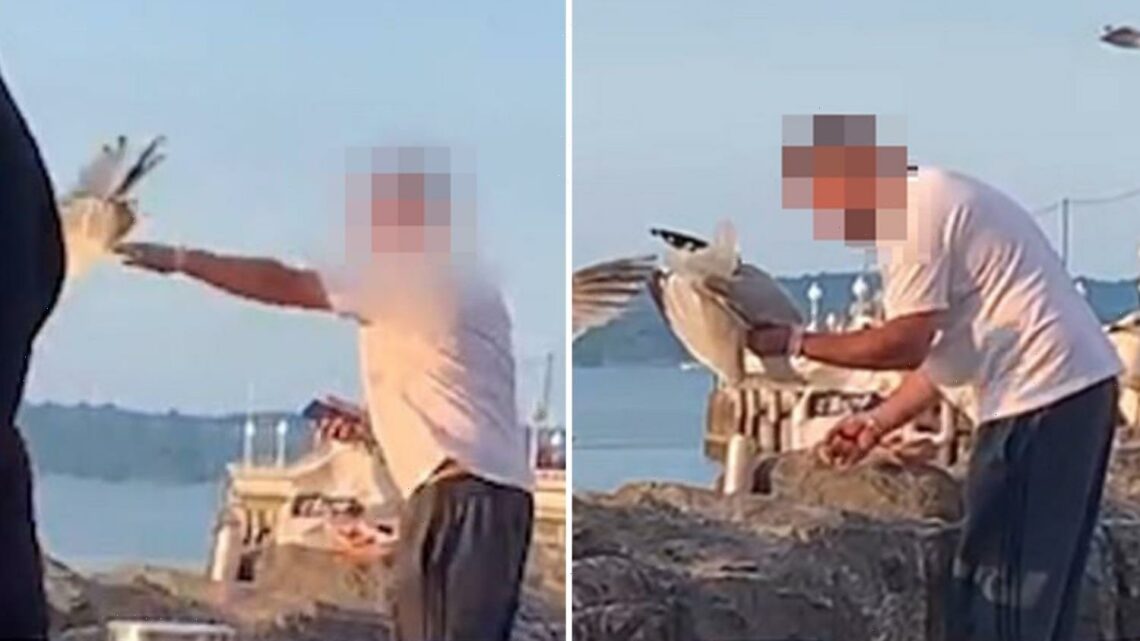 THIS is the shocking moment a disgruntled man throttled a seagull before hurling it into the sea after it tried to pinch his doughnut.

Stunned tourists gasped in horror as they watched on as the man grabbed the gull and viciously held onto it by its neck for more than a minute until it dropped the treat in Devon. 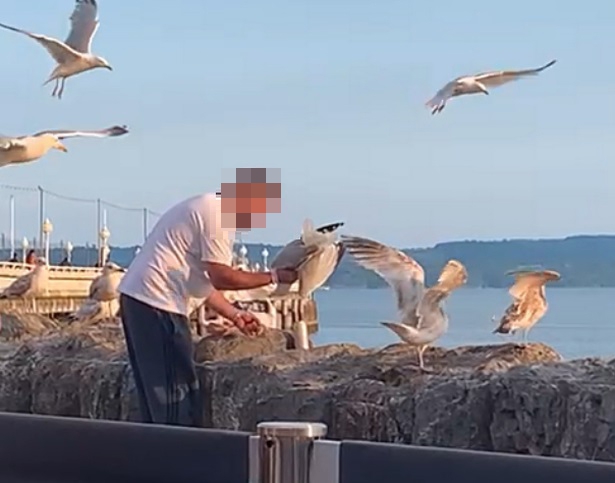 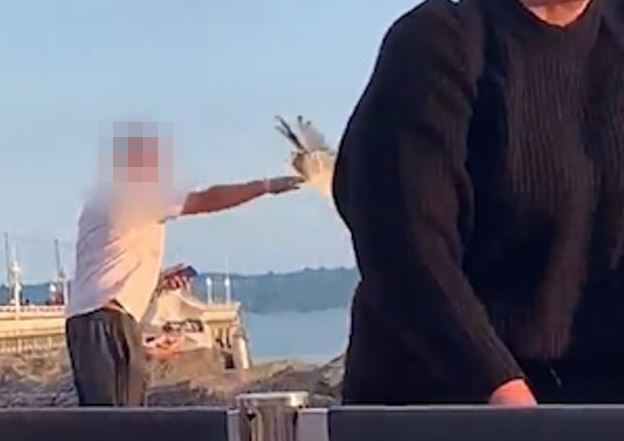 Footage of the incident shows the unidentified man tightly gripping the bird in one hand as dumbstruck onlookers passed by near the Princess Theatre in Torquay.

He then carelessly flings the gull over a wall into the water in frustration.

According to witnesses, a flock of pesky gulls swooped down and tried to nab a doughnut he had bought from the nearby Pier Point Chippy after he placed it on the sea wall to answer the phone.

He then furiously grabbed one of them by its neck, holding it upside down until it dropped the doughnut – which he then shamelessly picked back up and started eating.

The dramatic footage was taken by a young woman from Torquay, who watched the shocking incident unfold as she dined outside Pier Point with her mum,.

She said it had been going on for "quite a while" before she grabbed her phone to capture the bizarre attack. 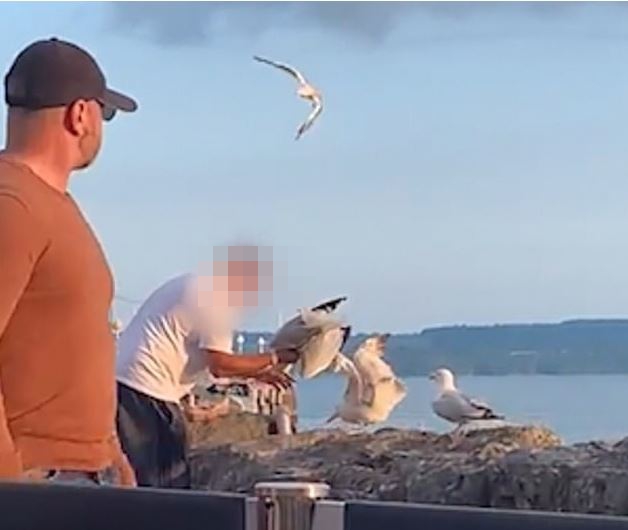 "It went on for such a long time," she told Devon Live.

"Nobody really reacted – everybody was just kind of dumbstruck – so I grabbed my phone and filmed the end of it.

"It looked like he had just bought the doughnuts from the Pier Point Chippy – then he put them up on the seawall to answer his phone and the gulls all descended.

"So he grabbed one by the throat and had it in his hand for over a minute and everyone sitting outside at Pier Point restaurant turned around and looked at him in horror – but he didn't care.

"He just carried on. The gull dropped the doughnut and he just picked it up and carried on eating it and licking his fingers.

"When people were all staring he just said 'It took my doughnut' in a northern accent as if it was a perfectly normal thing to do. But it was horrible."

Onlookers were reportedly so taken aback by the incident, they were unsure how to react.

Another witness said: "It was odd that nobody reacted but it was such a weird thing to see.

"He didn't seem to care what people thought."

Seagulls are protected under the Wildlife and Countryside Act 1981, which means it is against the law to injure or kill them.

Do you know this man or did you witness the incident? Email [email protected]

Jenny Slatten and Sumit Singh: Are They Married in India?