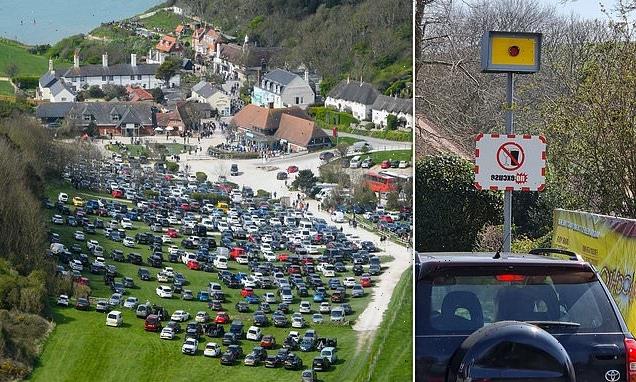 Tourist trap! Locals set up fake speed camera to slow down drivers racing through their village to get to seaside

Residents in a tourist hot-spot have put up a fake speed camera in a desperate bid to slow down drivers.

The realistic-looking camera is made from a timber box painted yellow and grey that has been fixed to the top of a metal pole in West Lulworth, Dorset.

An official Dorset Police anti-drink drive ‘No Excuse’ sign is also attached to the pole, adding credibility to the homemade Gatso inspired camera.

Council officials have said they will be removing the dummy device as it could distract drivers and cause an accident.

Shirley Bamber, who lives on the busy road, said speeding is a problem throughout the village.

She said: ‘We’ve been begging to have a slow down sign, or something which flashes how fast you are going, for so long. 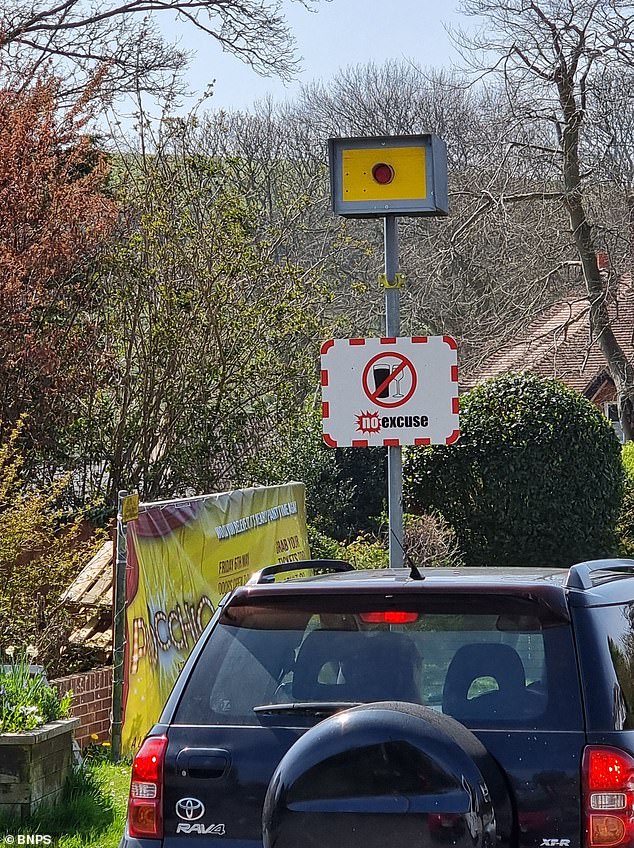 ‘We’ve not got many pavements in the village so the kiddies that walk down and people with buggies are at risk from the speeding.

‘I thought it was an absolutely brilliant idea.

‘You’ve only got to be down there for half an hour to see that people are speeding down the main roads.’

Coach driver Andy Miller often drives down the 30mph stretch of road taking tourists to the nearby Lulworth Cove.

He was told about the camera through a group on social media where drivers share sightings, but when he drove past it he soon realised the camera was not real.

Mr Miller said: ‘It’s a public road, not a private estate, so it should not be there. Everybody is looking at it as they go past.

‘I feel it has been put up to make tourists scared. Cameras are installed for the reason of slowing people down only when there is a need to do so, not to be put up willy nilly by a resident.

‘It will cause an accident in the end because there are no warning signs saying a camera is nearby. People shouldn’t take the law into their own hands like this.

‘Whoever has put it up there could get in trouble. If there was an accident, they could be liable. There’s no signage warning about it so it could be dangerous.

‘And it’s on a pole above the no excuse sign. I think drink driving is more serious than speeding and the fake camera distracts from that.’

Chris Russell joked: ‘I got flashed by this last week.’

Louie Dacombe said it was a good deterrent for drivers tempting to speed.

The law states that installing a fake speed camera is not illegal, but doing so can put you at risk of civil action if someone claims to be distracted by it.

Dorset Council said they can cause an ‘inadvertent risk to road safety’.

A spokesperson said: ‘We are aware of reports of a fake speed camera that has been erected at West Lulworth, and this will be removed.

‘It’s important that appropriate signage is used at all times to prevent anything that could cause an inadvertent risk to road safety, as well as ensuring consistency to signage across the council area. 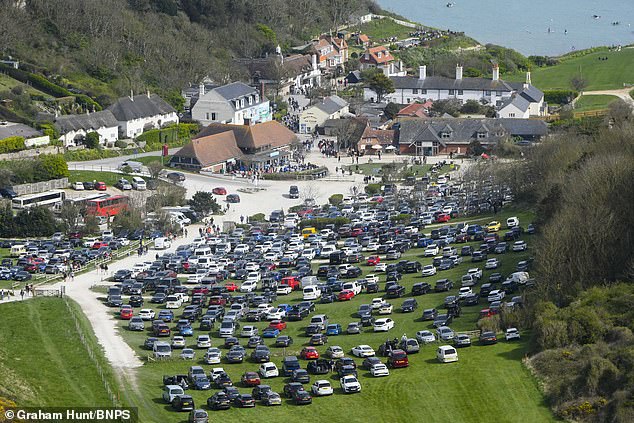 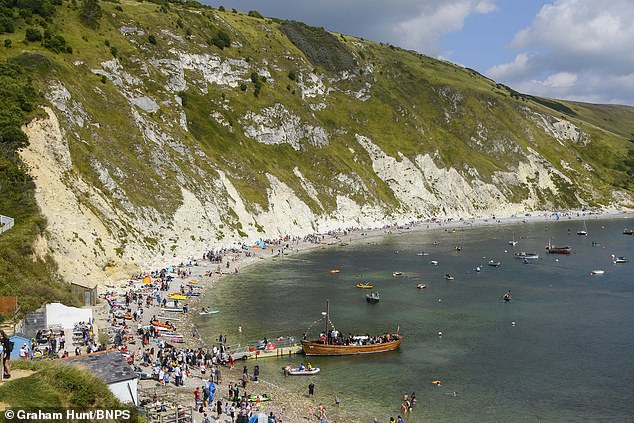 ‘The parish council has previously been offered to participate in the council’s community speed indicator device (SID) programme, as this location meets the criteria for the scheme.

‘SIDs have been proven to reduce road speeds and are being successfully operated in over 60 communities across the Dorset Council area.’

The parish council have said they were not aware of an offer to participate in the council’s scheme but are eager to be involved.

Chairman Jon Davey said: ‘Speeding is a bit of a problem in Lulworth and traffic generally has been an ongoing issue for many years, but managing it effectively has proved quite difficult.

‘We would certainly be keen to get speed cameras but the difficulty is working out where to put them, location is important.’

A Dorset Police spokesperson said: ‘We are aware of the fake speed camera at West Lulworth.

‘We understand local communities who have concerns over speeding in their area are sometimes minded to take action and would just ask that they take care to avoid doing anything that might actually cause a distraction to motorists and inadvertently pose a risk to road safety.’

Top racehorse owner & solicitor reveals his biggest winning bets over the years that saw him £300,000 up