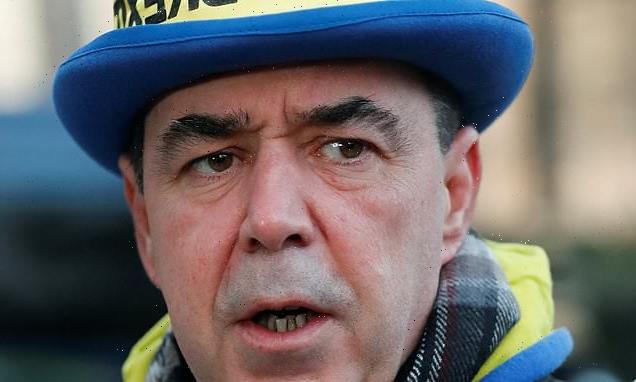 In a now-deleted tweet, Mr Bray appeared to hint at the unnamed MP’s identity.

As the story broke, Mr Bray posted a picture of a well-known Tory and a link to a previous story about him, adding: ‘Has a lot of relevance now, maybe not the story but the person!!! … I’m just going to check my mobile phone for some interesting websites.’ 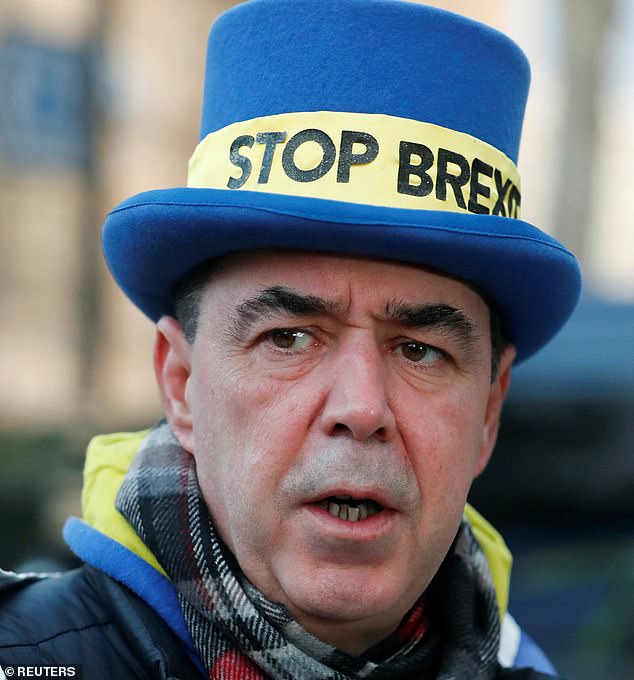 The Mail on Sunday understands that the innocent MP is now threatening to sue Mr Bray, heartily loathed by many Tory MPs for his trademark ‘Stop Brexit’ megaphone protests outside Parliament, which have now morphed into denunciations of Prime Minister Boris Johnson.

Friends of the MP said last night: ‘He is taking legal advice on what action might be appropriate. If [Steve Bray] wants to stand in Parliament Square and shout and waste his time, that’s up to him. But when he crosses the line, he can’t just do this.

‘He sounds off, making unfounded accusations and he’s got 95,000 Twitter followers, so it’s not insignificant.

‘He needs to learn he can’t get away with that.’

Mr Bray could not be reached for comment yesterday.

The legal threat emerged as the anti-Brexit campaigner posted a video of himself interrupting a dinner at the Welsh Tory conference on Friday before being bundled out of the room.