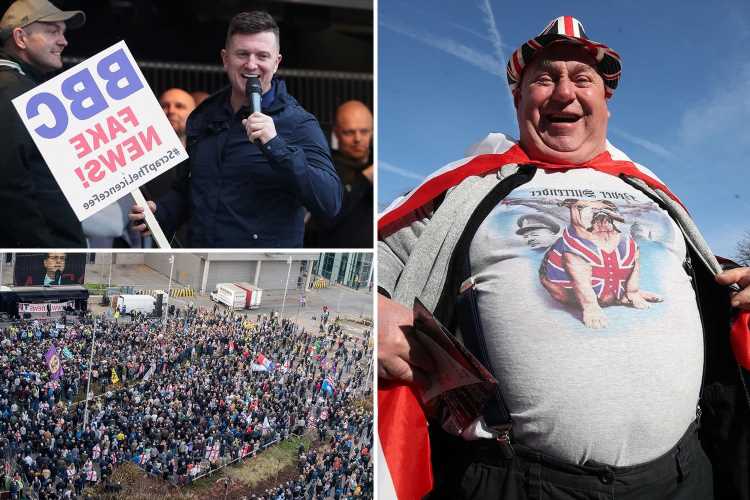 FAR-right activist Tommy Robinson urged thousands of supporters to cancel their TV licences during a protest outside the BBC's Salford offices. 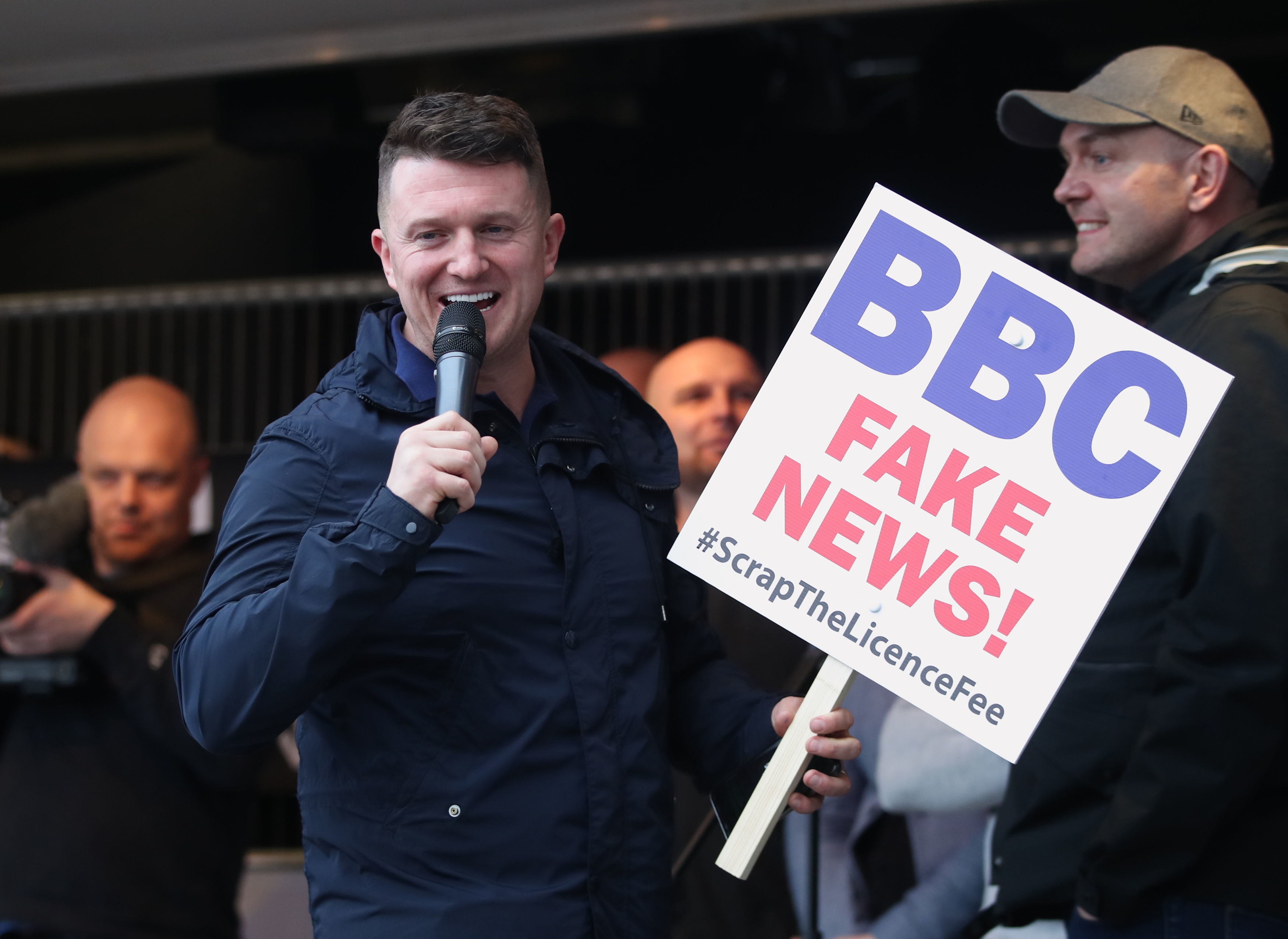 The former English Defence League leader, whose real name is Stephen Yaxley-Lennon, held the protest to screen the film Panodrama.

It was made in response to investigations by the BBC's Panorama programme in to him.

The BBC said the episode would follow its "strict editorial guidelines".

Panodrama, which lasted about an hour, showed former aide to Robinson, Lucy Brown, secretly filming a meeting she had with BBC investigative journalist John Sweeney.

It also showed Robinson, 35, confronting Sweeney during a planned interview for the programme.

Panodrama ended with him showing supporters how to ditch their TV licences if they are "fed up with paying for their propaganda".

The far-right troublemaker complained to the crowd: "We are constantly battling a media that lie."

Robinson told supporters – some with England flags draped over their shoulders and others with "Free Tommy" written on their clothing – "evidence of a corrupt media is that not one single journalist in Britain has reported on Panodrama."

"STAND UP TO RACISM"

Meanwhile, about 300 metres away, an anti-fascist protest was staged, with hundreds holding signs with slogans including "Stand up to racism" and "Stop the fascist Tommy Robinson".

There was a heavy police presence in the area, with a number of officers and police vans around both protests.

Temporary metal barriers were placed around the BBC buildings and most of the nearby restaurants and bars were closed while the demonstrations took place.

Ukip leader Gerard Batten took to the stage in support of Robinson, and he urged protesters to join his political party.

Attorney General… I dare you to charge me again because I just want to see the scenes outside the courts.

Referring to his court case last year, Robinson, who was jailed for 13 months for contempt of court but freed on appeal, said the Attorney General is still considering three charges against him.

He said: "Know this, Attorney General, I don't even know what your name is, know this – I dare you to charge me again because I just want to see the scenes outside the courts."

Canadian musician Kelly Day gave two performances of a version of Leonard Cohen song Hallelujah, with the lyrics changed to reflect the story of Robinson's court case and a chorus of "how they rule you".

After the documentary was screened, a video clip showing Robinson declaring himself "king of the whole Islam race" was played on the big screen.

The demonstration ended with the crowd of Robinson supporters singing along to Neil Diamond song Sweet Caroline.

Most read in UK news

"The BBC strongly rejects any suggestion that our journalism is 'faked' or biased. Any programme we broadcast will adhere to the BBC's strict editorial guidelines.

"Some of the footage which has been released was recorded without our knowledge during this investigation and John Sweeney made some offensive and inappropriate remarks, for which he apologises.

Robinson's protest was also condemned by the National Union of Journalists (NUJ) and BECTU, unions which represent BBC staff.

In a joint statement, the unions said: " Intimidation, threats and violence carried out by far-right protesters systematically targeting the media, especially photojournalists, are becoming more frequent and we will always call out this behaviour and report criminal activity to the police." 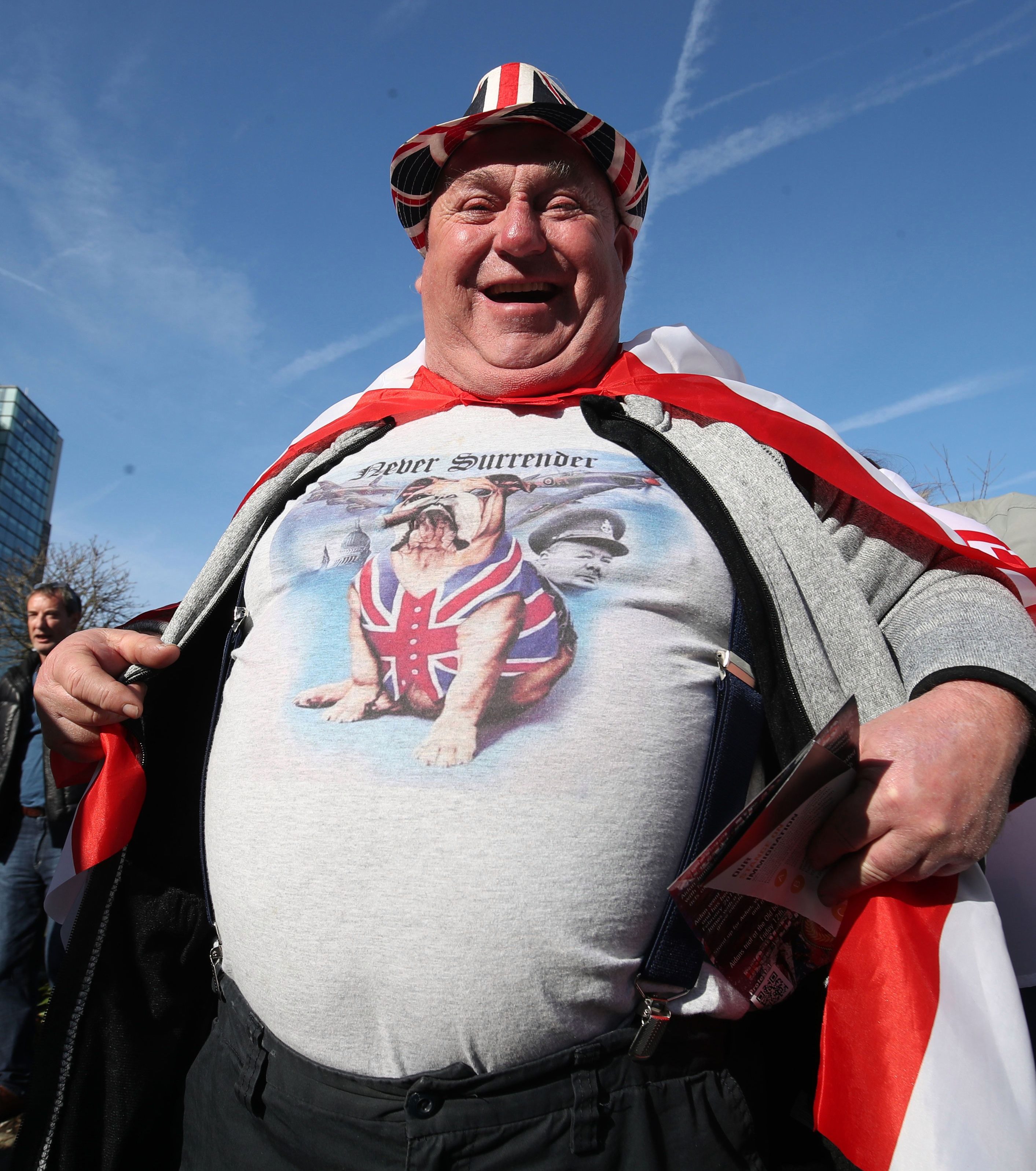 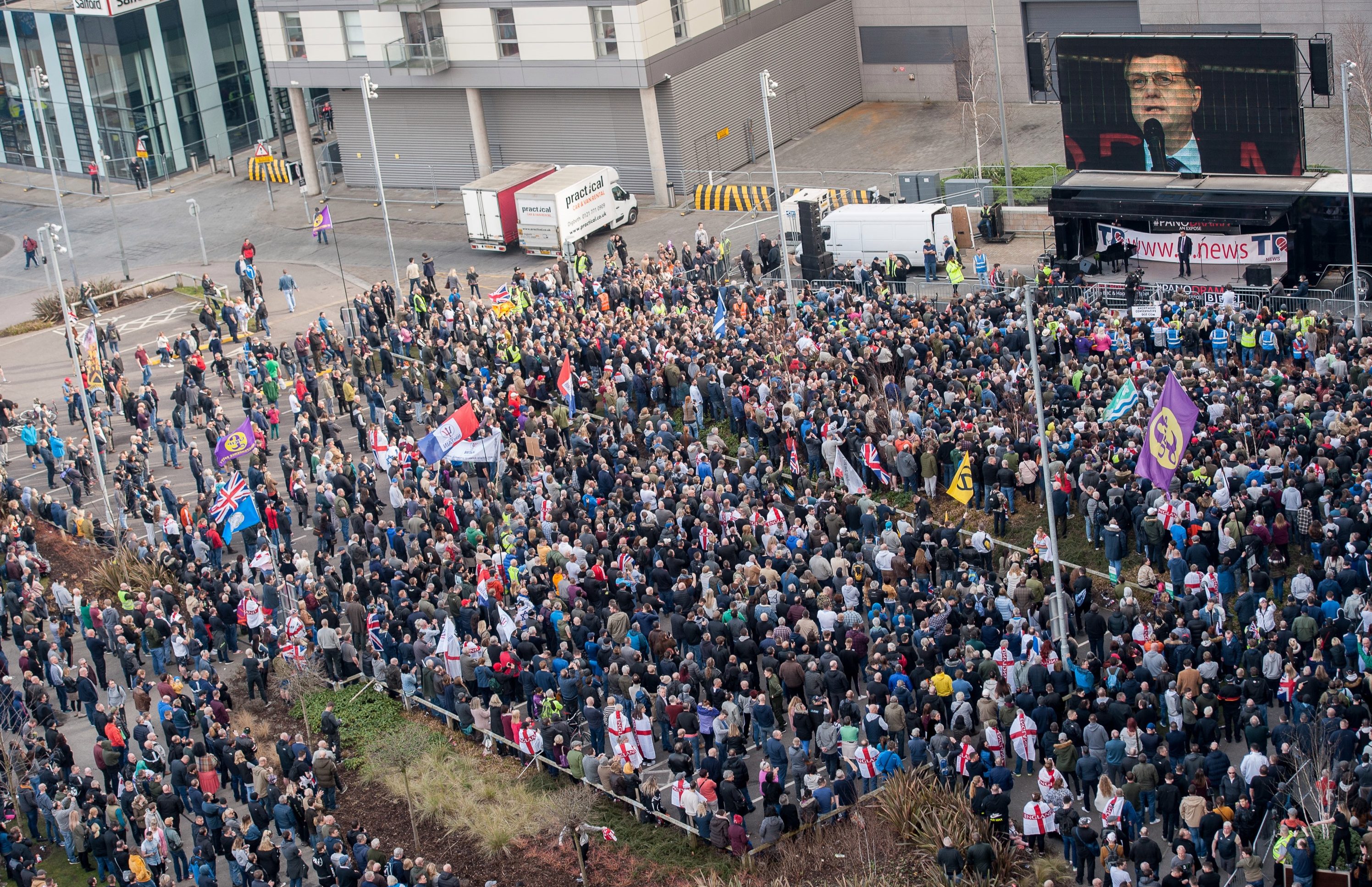 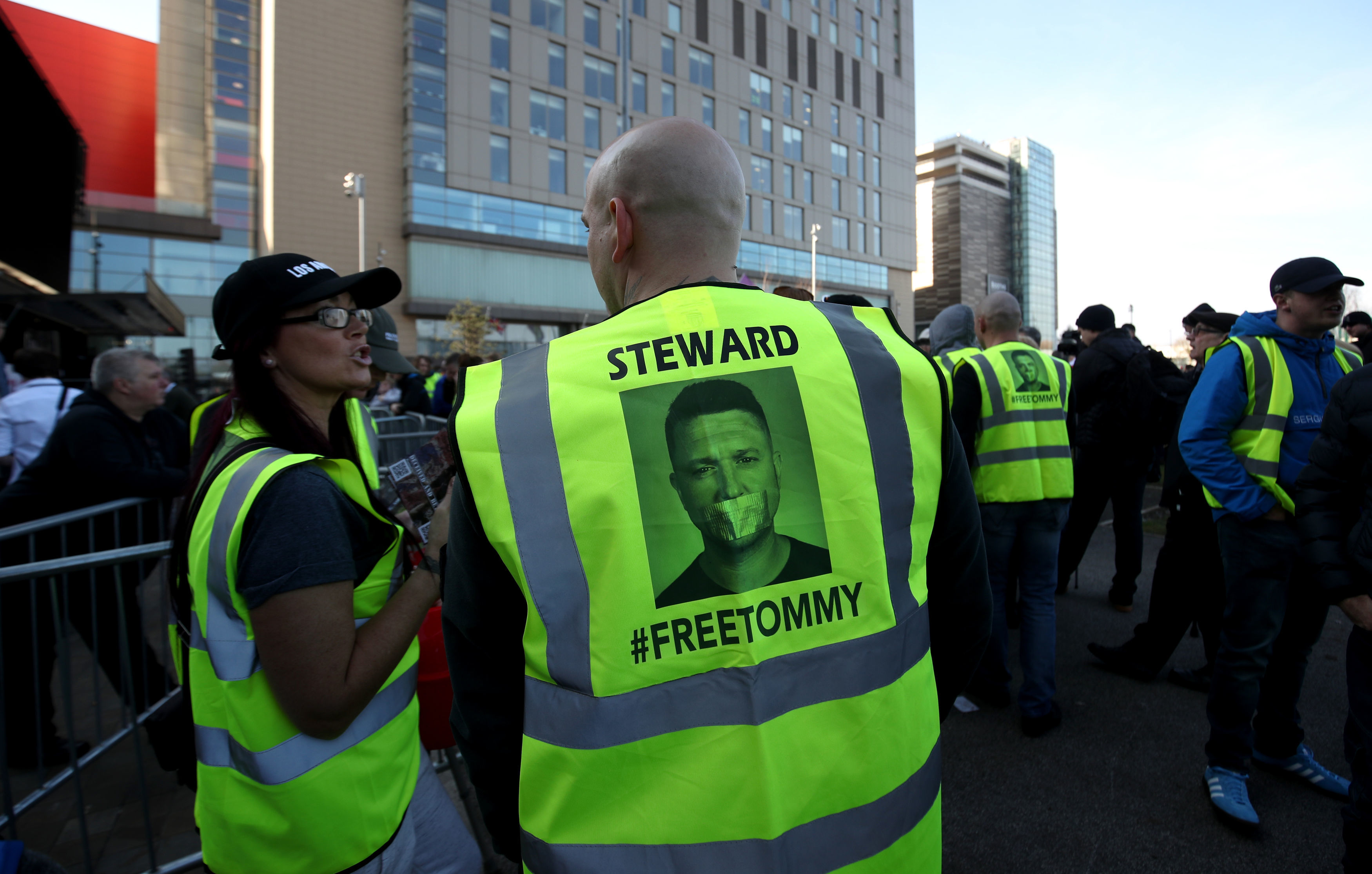 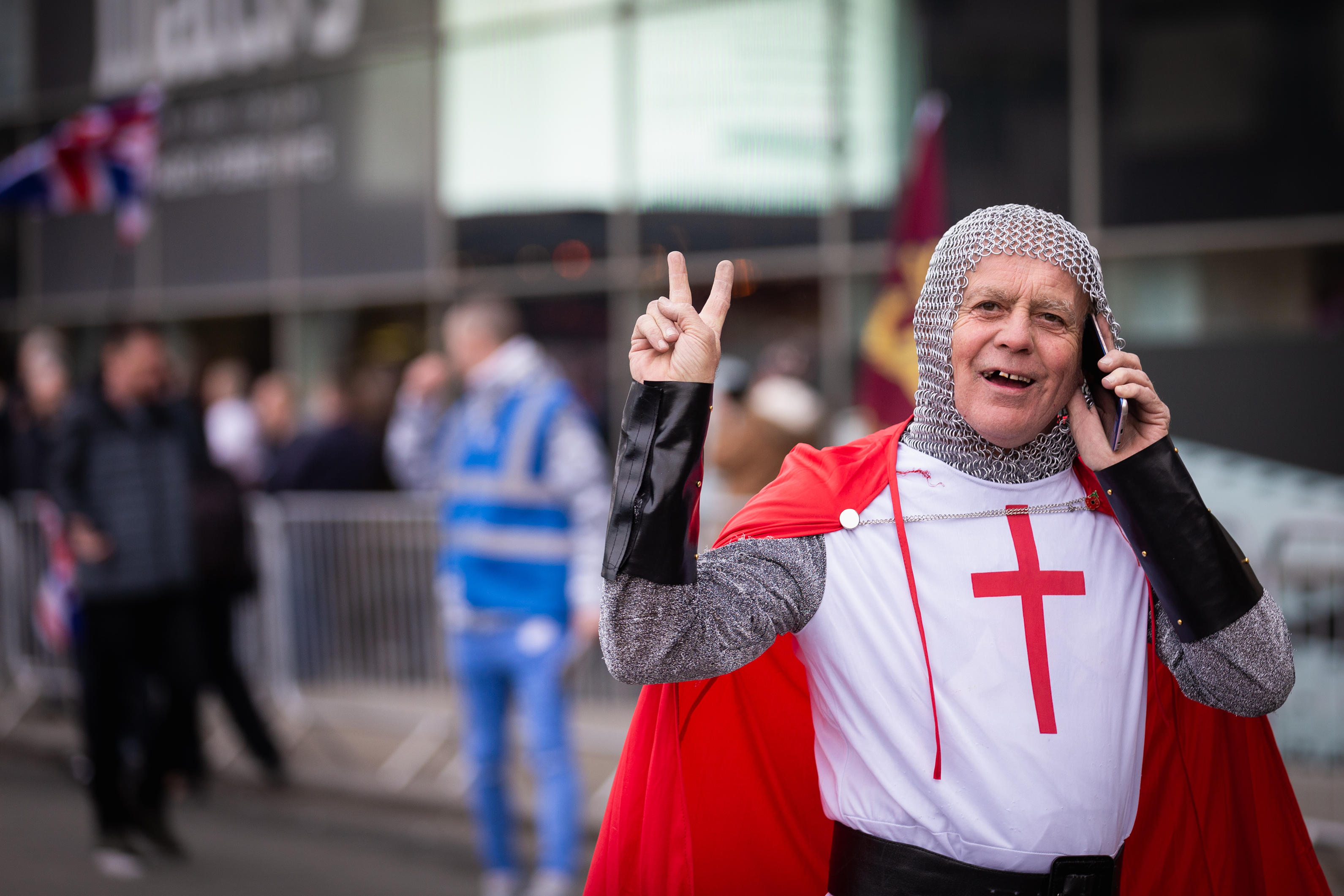 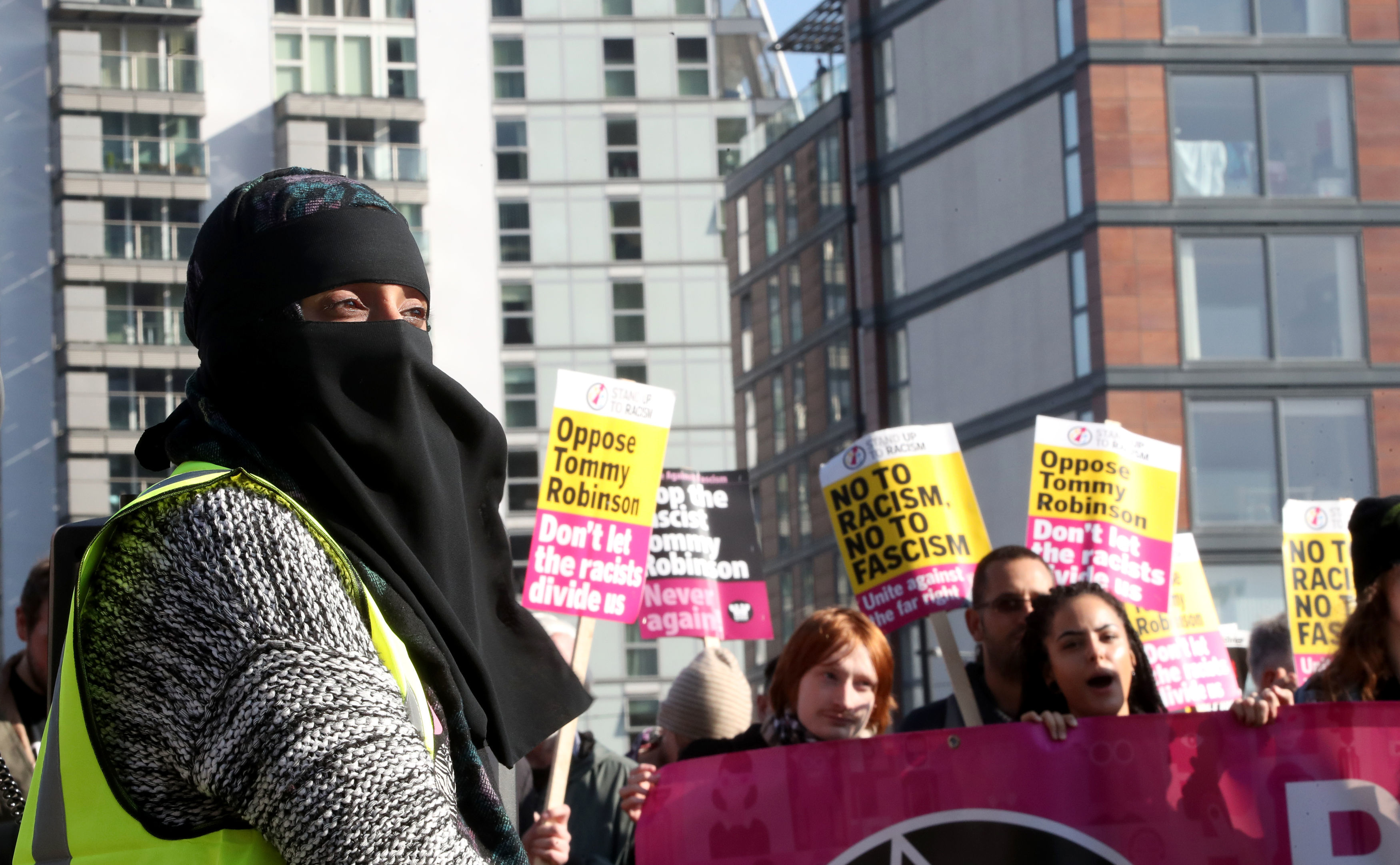 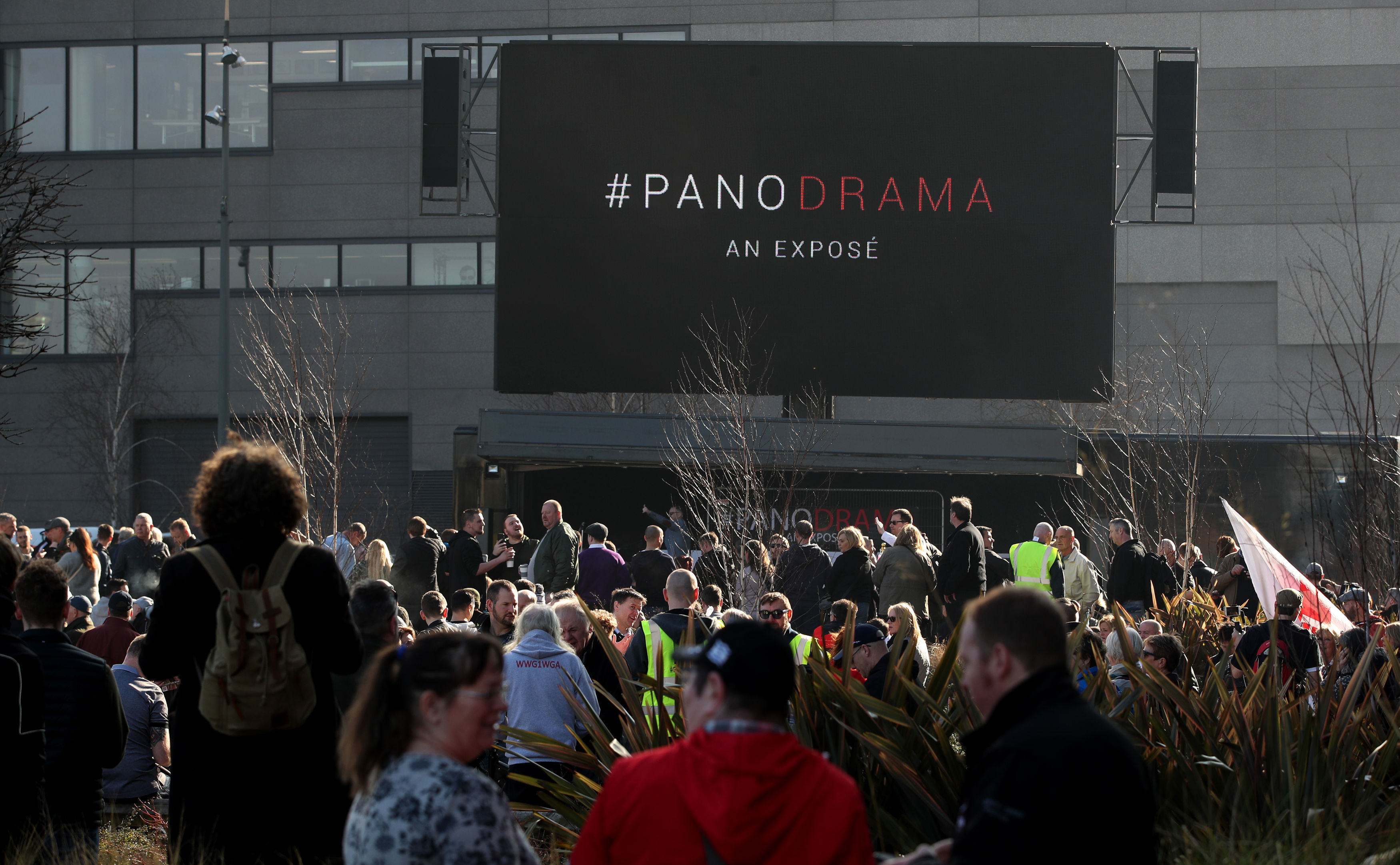 Teacher, 45, charged with raping 15-year-old pupil after having regular romps during eight-month affair