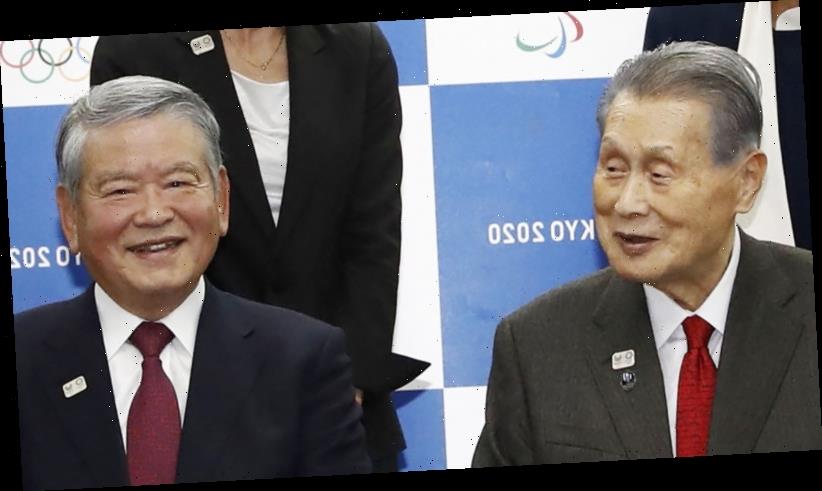 Tokyo: Tokyo 2020 Olympics chief Yoshiro Mori said he was resigning on Friday over sexist comments, and his anointed successor has reportedly turned down the job after public criticism, less than six months before the troubled Games are scheduled to start.

Mori, a former Japanese prime minister, sparked a global outcry with sexist comments made during an Olympic committee meeting earlier this month that women talk too much.

“If my presence causes trouble, our efforts so far have been brought to nothing,” Mori told a meeting of senior officials of the Organising Committee. 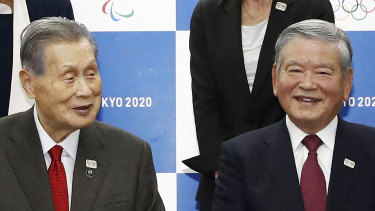 Mori has apologised for his comments but had resisted growing calls for him to step down.

The 83-year-old had tapped 84-year-old Saburo Kawabuchi who currently serves as the mayor of the Olympic village to take over the top position, Kawabuchi told reporters earlier.

But the choice prompted questions about whether there was no a better alternative than another older, male, and local media said Kawabuchi later turned down the job.

Local broadcaster Fuji News Network reported the government would seek to block the nomination of Kawabuchi.

“We can’t give the impression that things have changed unless we install a woman or see a generational shift,” FNN cited a government source as saying.

The Mori controversy has done “serious reputation damage” to the Tokyo Olympics, and the selection of Kawabuchi is far short of restoring the trust, said one source involved in the Olympics.

The source, requesting anonymity due to the sensitivity of the matter, said many officials wanted to have a woman to replace Mori’s position.

Local media said the country’s Olympics Minister, Seiko Hashimoto, was being considered as a possible candidate. 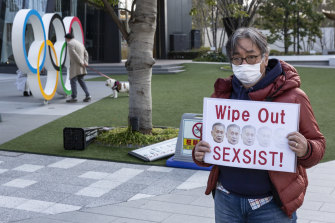 A man holds a placard with pictures of Tokyo Games boss Yoshiro Mori during a protest in Tokyo.Credit:Getty Images

Prime Minister Yoshihide Suga had asked Mori if there was either a younger or a female candidate to succeed, but Mori recommended Kawabuchi, Kawabuchi said.

Katsunobu Kato, top government spokesman, said he was not aware of Suga’s conversation with Mori.

The Tokyo Olympics organising committee declined to comment on media reports over Mori and Kawabuchi.

Later on Friday, the organising committee plans to hold a meeting of its council and executive board, followed by a press conference.

Asked whether it is possible for Mori, a departing leader to appoint his own successor, Hashimoto said there needs to be proper procedures to pick next leader for the organising committee.

Mori’s resignation less than six months before the Summer Olympics are scheduled to begin are likely to raise new doubts over the viability of holding the postponed Games during a coronavirus pandemic.