Stacie Saggers was still mourning her partner’s death when she began a relationship with Brendan Pallant and asked him to move in with her days after being introduced.

But 24 days later, the Melbourne woman’s young son was found dead in his bedroom after, prosecutors allege, Pallant fatally struck him with a heavy table while babysitting. 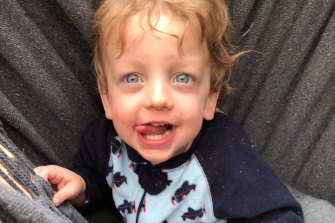 A photo of Jaidyn Gomes-Sebastiao provided by his grandmother. Credit:

Jaidyn Gomes-Sebastiao, affectionately known as Snuffles, was just two years old when he died on September 2, 2019.

Pallant has pleaded not guilty to the boy’s murder and is on trial in Victoria’s Supreme Court.

The prosecution must prove he intended to seriously harm Jaidyn, but their case is circumstantial as there are no direct witnesses or video evidence, a jury was told on Wednesday.

“The strength of the case does not depend on any particular piece of the puzzle, but depends on the clarity of the picture when the jigsaw puzzle is completed.”

Saggers has four children and lived with the two youngest in Langwarrin when she was introduced to Pallant by a friend in August 2019. The pair moved in together within days.

At the time she was still mourning the death of her partner in a motorcycle crash nine months earlier.

The day before Jaidyn’s death, Saggers noticed he had a bruise over his eye and took photos to document it, believing it may have been caused by a fallen bookshelf.

The following day she put Jaidyn to sleep in his bedroom about midday and left for a cleaning job, with Pallant babysitting the two children. 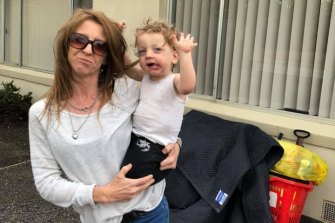 Stacie Saggers and her son Gomes-Sebastiao.Credit:Facebook

When she was on her way home, Pallant called and said Jaidyn was still asleep in his room.

He warned her not to “rock the boat” and disturb the toddler when she got home, Gibson said.

The couple went for a nap in their room, then Pallant checked on Jaidyn just after 4pm.

Pallant would later tell police there was resistance when he opened the little boy’s bedroom door.

He said he found the toddler lying on the floor with an activity table on top of him. He scooped him up and laid him on the lounge room floor, before performing CPR.

Saggers became hysterical, emergency services were called and a neighbour rushed over to help.

Jaidyn was pronounced dead at the scene by paramedics due to injuries to his brain and skull. His body was covered in dozens of bruises and scratches.

Gibson said Pallant was frustrated and angry about not being able to see his own children and lost control when he allegedly hit the toddler in the head with a 4.5 kilogram metal-framed timber table.

Pallant denied injuring Jaidyn and alleged Saggers was the last person to see her child alive.

Defence barrister Rishi Nathwani said Pallant did not know how Jaidyn died, arguing it could have been by accident or perhaps someone else “inflicted the fatal blow to him”.

Pediatric COVID-19 cases rising for 1st time since May