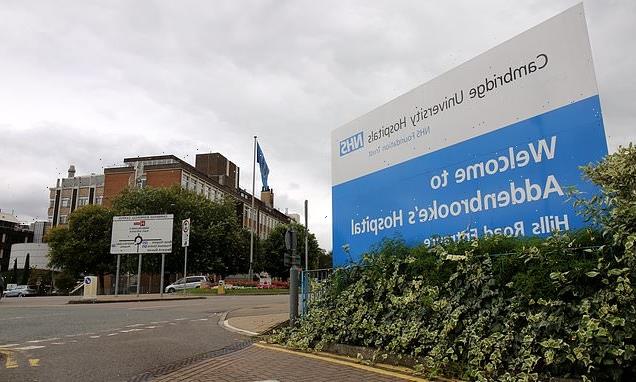 Toddler died after accidentally strangling herself with cable

Toddler died after accidentally strangling herself with thermometer wire hidden behind duvet as brother, 2, slept nearby – with ‘tragic accident’ caught on motion sensor camera

A toddler with a ‘beautiful smile’ accidentally strangled herself to death after becoming entangled in an electrical cable while her two-year-old brother slept nearby, an inquest has heard.

Tragic 14-month-old, Adalind Alana Louise Blackburn, was filmed on a motion sensor camera as she reached through her cot’s slatting to grab the cable, which was hidden behind a duvet, at 6.20am on March 13.

Adalind was seen playing with the cord – attached to an electronic room thermometer – in the bedroom she shared with her brother at the family home in Thetford, Norfolk, before it went around her neck and tightened, leaving her unresponsive.

Her mother Shauni Blackburn found her unconscious when she went into the room shortly afterwards. She removed the wire and dialled 999 and was advised to begin CPR.

Paramedics arrived soon after and continued trying to resuscitate Adalind before taking her to the Norfolk and Norwich University Hospital.

She was later transferred to the Neurosciences Critical Care Unit at Addenbrooke’s Hospital, Cambridge and put into an induced coma.

But she showed ‘little sign of improvement’ after 72 hours and her life support was switched off. She died on the afternoon of March 17.

A family friend described Adalind as having an infectious laugh and a ‘beautiful smile which melted everyone’. 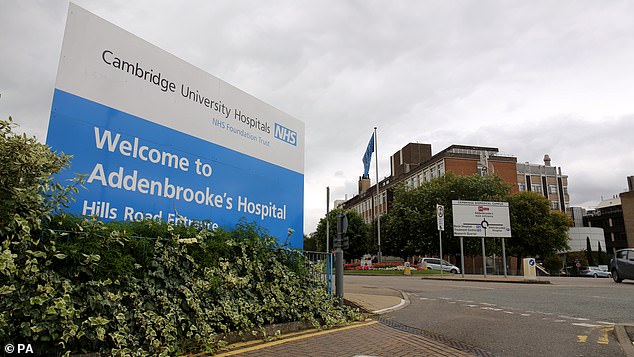 Adalind Alana Louise Blackburn was transferred to the Neurosciences Critical Care Unit at Addenbrooke’s Hospital (pictured), Cambridge after accidentally strangling herself on a cable at her home in Norfolk

A report by Det Sgt Simon Cooper of Norfolk police was read to the inquest and confirmed that Ms Blackburn had ‘taken significant steps to safeguard her children’.

His report said: ‘She did all she could to make sure her children were safe and healthy and invested in modern technology to assist her doing this.

‘It is somewhat ironic this modern technology purchased to safeguard the children has, in this cause, caused the death of Adalind.

‘There is no doubt in my mind that this was a tragic accident.

‘Lessons could be learned in terms of ensuring wires are kept as far away as possible from young children or that cots and children’s beds are placed in positions in the room away from plug sockets. 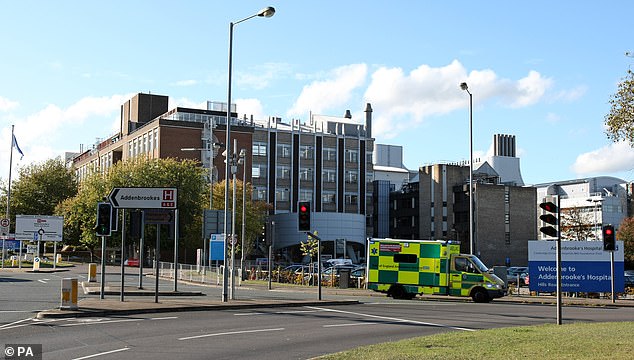 Paediatric intensive care consultant Dr David Inwald gave the cause of death as a hypoxic-ischaemic brain injury following cardiac arrest, via accidental strangulation. (Pictured: Addenbrooke’s Hospital, where Adalind was placed into a coma and ultimately passed away)

‘Or where this is physically not possible, wires are securely fixed inside a plastic tube that is then screwed to the wall to prevent little hands from grabbing them.’

Senior coroner Jacqueline Lake described Adalind’s death as ‘clearly a most tragic accident’ and recorded a conclusion of accidental death.

She added: ‘All efforts should be made to keep them securely fixed and out of harm’s way.

‘I have no doubt that Adalind’s mum loved her dearly and had acted only in ways intended to keep her safe.

‘I offer my sincere condolences to Adalind’s mother and her family.’

A gofundme.com page set up by family friend Edwina Clark to help with the funeral costs has so far raised £1,075. 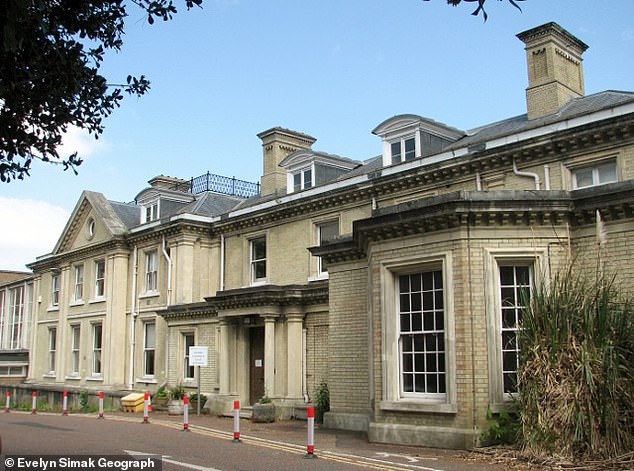 Paying tribute, Ms Clark wrote on the website: ‘On the evening of the 17th of March, a baby grew her wings far too soon.

‘She was just 14 months old; and following a heart attack four days earlier, her body could not fight anymore.

‘She has left behind loving mum Shauni and her 2 year old big brother Frankie who doted on her. Nothing could have prepared them for this.

‘So many people will miss her. Her infectious laughter, her funny craziness, the way she always had to be involved in EVERY conversation, and her beautiful smile which melted everyone.

‘As her family grieves and her mum supports herself and her son through the most tragic times, we wanted to raise funds to help with the funeral costs and allow them to remember her in a beautiful and personal way.’

Stephen Wilhite, Creator of the GIF, Dead at 74
World News