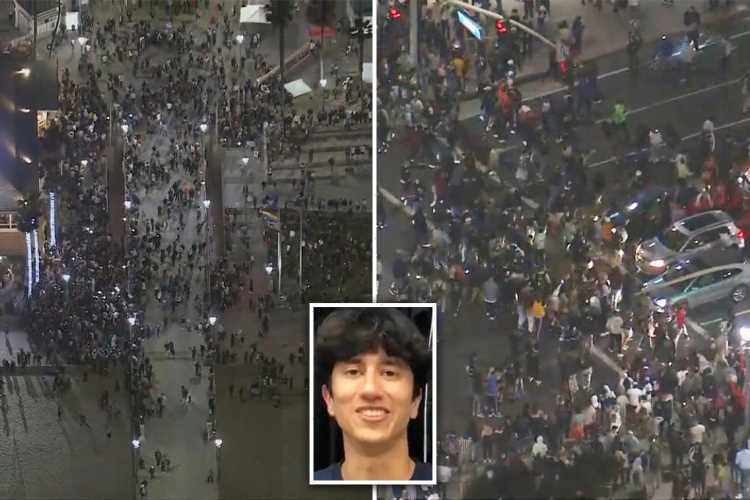 A TIKTOK star's birthday party led to around 150 arrests as 2,500 rowdy teenagers stormed a beach and hurled fireworks at cops.

The massive gathering began with a now-deleted video posted on the popular social media app from a user named adrian.lopez517, who invited anyone to his birthday party by Huntington Beach’s fire pits on Saturday night. 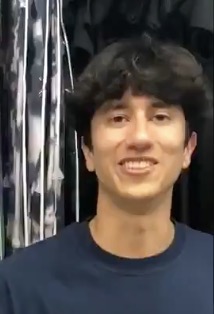 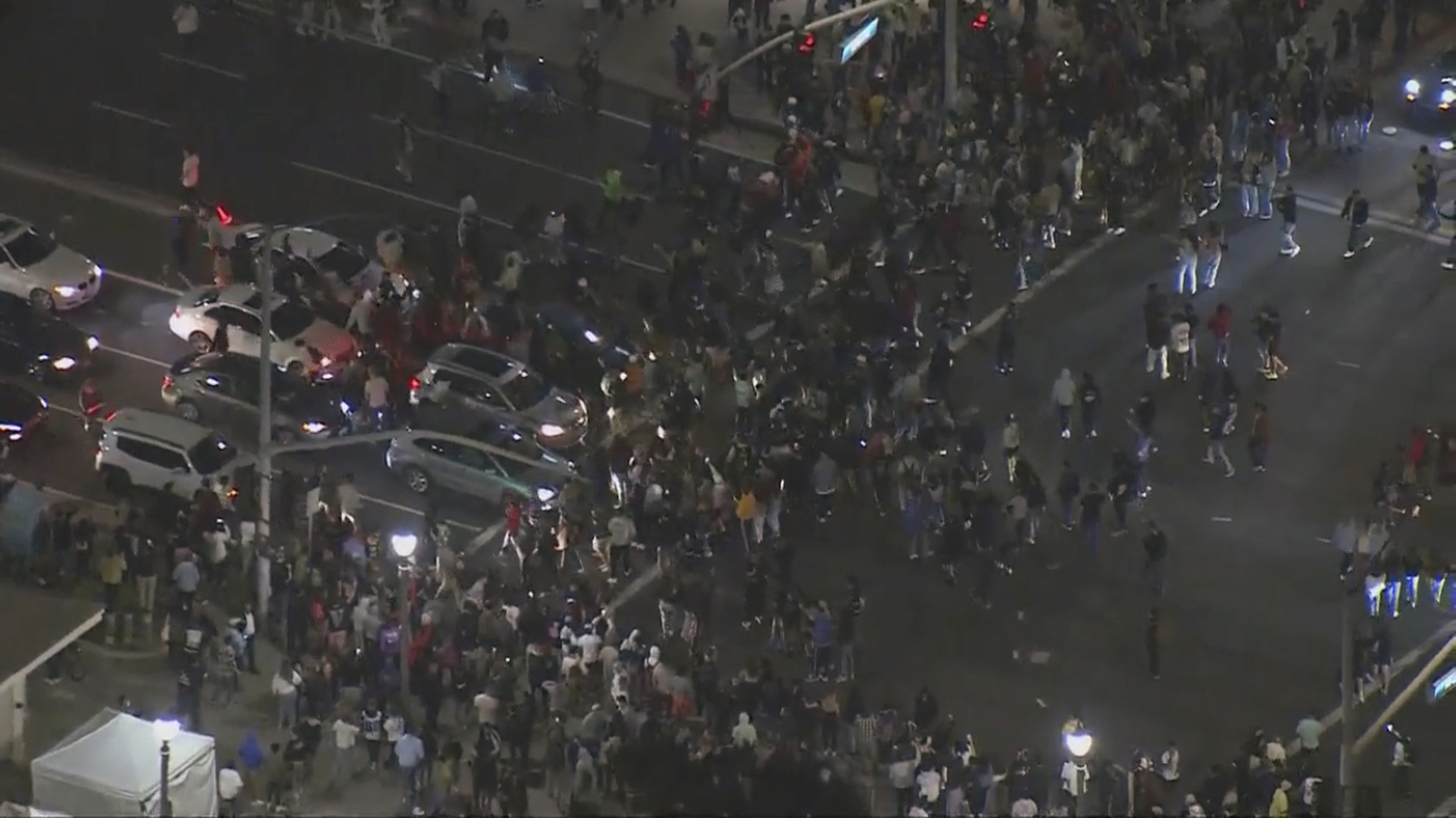 The hashtag “AdriansKickBack” received more than 180million views on TikTok.

At least 400 people showed up to a pre-party on Friday evening around a lifeguard tower, police Lt Brian Smith said.

When people in the crowd began to launch fireworks near the fire pits, he said, officers declared an unlawful assembly and the partygoers scattered. 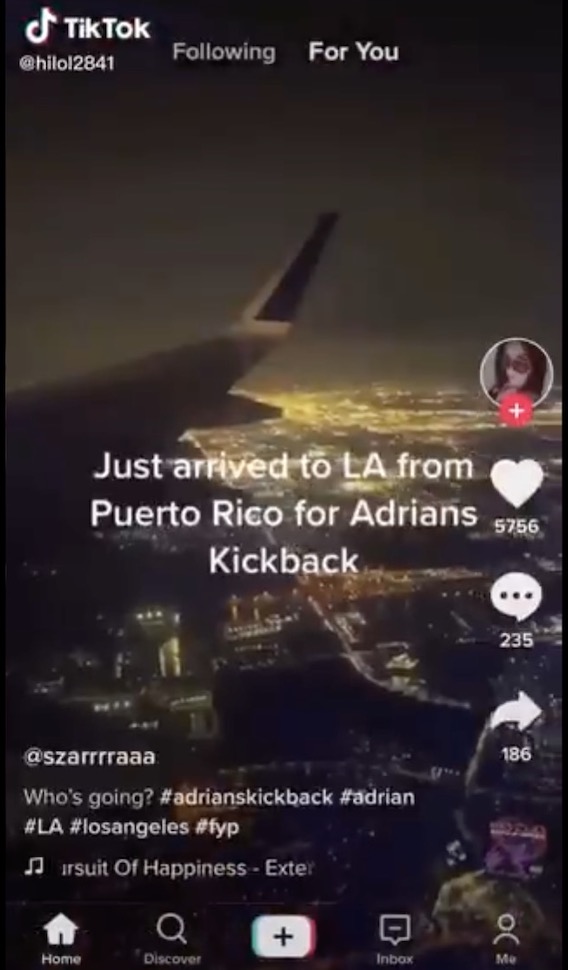 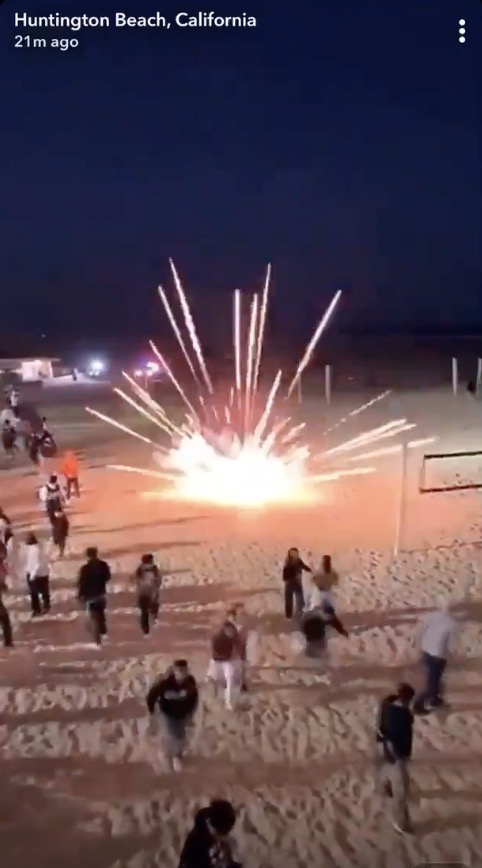 Huntington Beach’s police department announced the next day that they were preparing for a surge of visitors due to the promoted party and warned that they will enforce local rules, including no alcohol or drug use on the beach and no fireworks.

But an even larger crowd overtook the beach Saturday evening. Police estimated that at least 2,500 people gathered at the beach before moving to the downtown area.

Officers again ordered the crowd to disperse and issued an overnight curfew as they received backup from other law enforcement agencies. 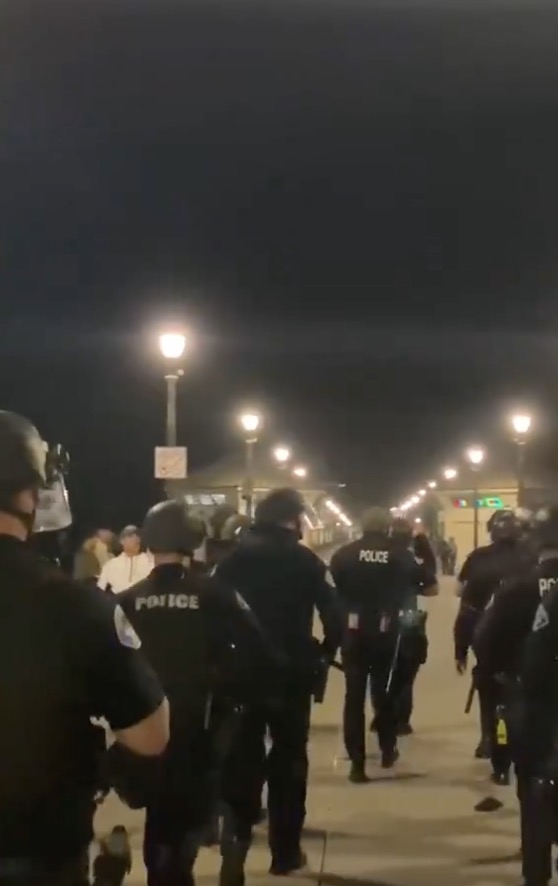 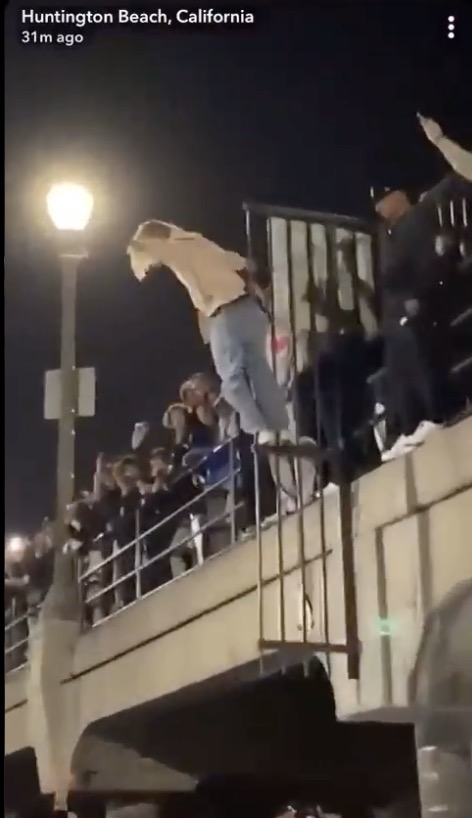 A woman dining at Duke’s Hawaiian restaurant by the pier said she heard fireworks while she was eating, and when she went to the window to see what was happening she saw hundreds of people running away from the beach.

“People climbing walls and screaming, more and more fireworks, mobs running. They were asking us to let them in the restaurant, banging on the windows,” Sonya Gronning said.

“When we went to leave there was a wall of police protecting the restaurant.”

A number of downtown businesses, police vehicles and a lifeguard tower were damaged, but no significant injuries were reported, she said.

Huntington Beach, which connects a vibrant business district to an eight-mile stretch of sand, has been the site of large gatherings in the last year as pandemic-related restrictions, the 2020 presidential election and the Black Lives Matter movement drew protesters who sometimes clashed with police in the downtown area.

Fourth self-employment grant deadline next week – how to apply for help worth up to £7,500