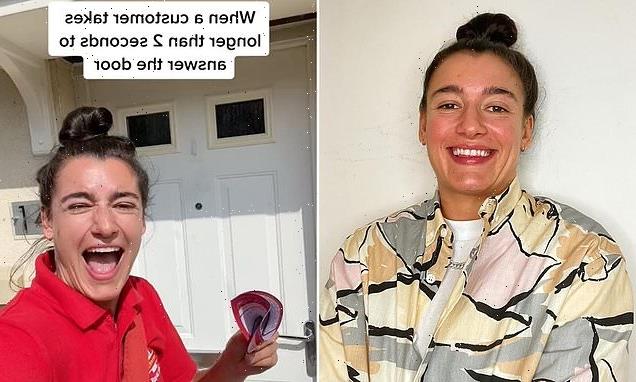 Tik Tok postie is banned from filming videos about her job

TikTok postie Laura Orgill has been banned by Royal Mail from making videos about her job.

Laura, 27, went viral for her clips during the first lockdown and has gained more than 800,000 followers on TikTok.

But now the Rhondda woman has announced that she will no longer be making videos in her Royal Mail uniform or about her work as Royal Mail does not want her to post about her job on the platform.

She said: ‘I am absolutely heartbroken that is how I started this journey, as TikTok postie.’ 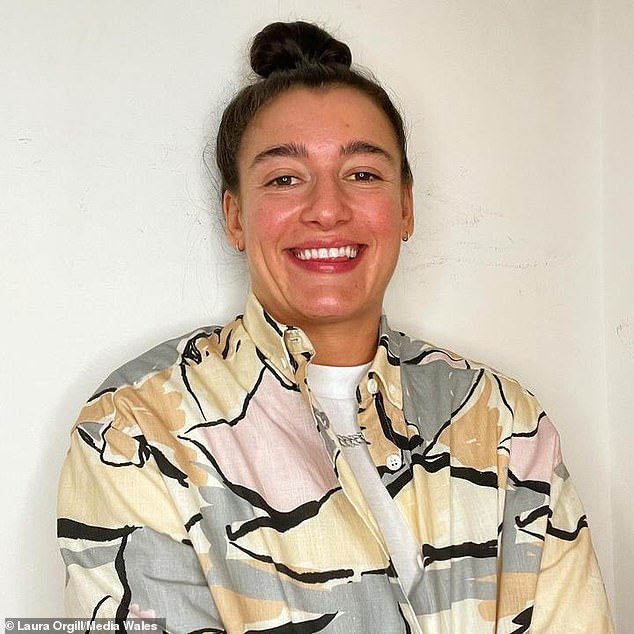 The video – captioned ‘when a customer takes longer than two seconds to answer the door’ – sees uniform-clad Ms Orgill laugh as she drops off the slip, which tells a customer to collect their parcel at their local delivery office

It comes after Laura received negative national headlines earlier this year for a joke video she did about not giving people enough time to collect their parcels.

Since then she has continued to make regular videos on her account.

But signs of the ban were already there as little were about her work as a postwoman.

Now she has now made a video explaining the situation, but vowing to keep on posting non-Royal Mail related content. 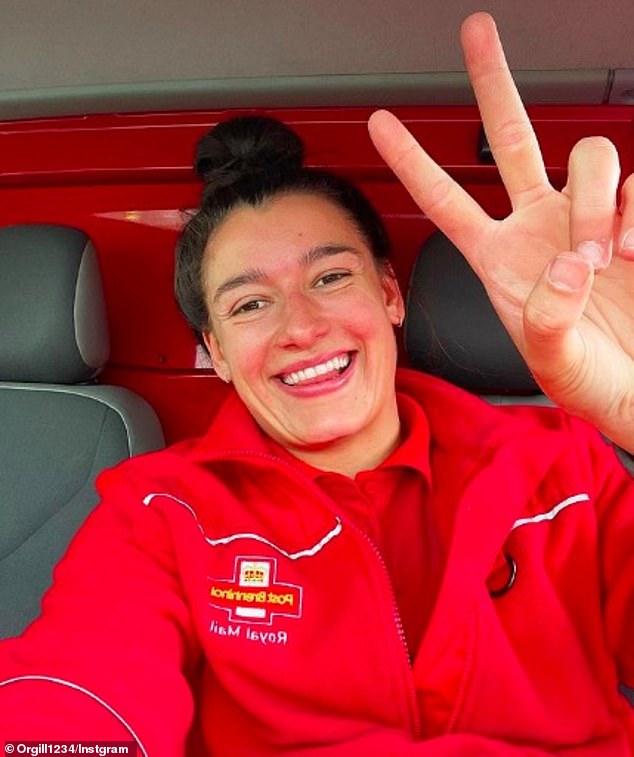 Earlier this year, postman Thomas McCafferty was suspended by Royal Mail for refusing to assist Patricia Stewart, 72, when she lost her footing and fell down her icy front steps as she tried to collect a parcel he left for her.

Mr McCafferty, 51, responded to her appeals for help by telling her ‘I can’t help, I’m too knackered’ and then walked away.

Calling over his shoulder, McCafferty told Mrs Stewart to put on her slippers as he walked off, which had come loose during her fall.

The incident in the village of Bainford, Falkirk, took place during the coldest February since 1955.

It came to light after footage from a neighbour’s doorbell camera was posted on social media and gained traction worldwide.

Meanwhile, Roo Rawal was sacked after he was filmed by a member of the public urinating in a lay-by while on duty.

Talking in the latest video, which has more than 370,000 views, she said: ‘So, unfortunately, moving forward Royal Mail have decided that they no longer want me to post in my uniform anymore or discuss anything to do with Royal Mail.’

Royal Mail had previously been very supportive of Laura’s content and even included her in a video for their official careers Facebook page.

When asked for comment today, Royal Mail said: ‘While we would not comment on any individual, Royal Mail operates a clear policy with regards to posting under the Royal Mail brand on social media.’

As Laura’s success grew so did the number of complaints Royal Mail received about her.

She explained: ‘Unfortunately the more I grew on here (TikTok) then I am going to have people who don’t like me and it isn’t fair on Royal Mail for people just to be ringing up, having hundreds of complaints about me day in, day out, over nothing.’

Ms Orgill has also featured as a poster girl for the delivery service in a Cosmopolitan article about the ‘unlikely celebrities of TikTok’. The postwoman was inundated with angry comments from customers fed up of having to chase their packages after her ‘we missed you’ leaflet video was shared.

She promised this would not be the end of her TikTok account and that she would still continue to make videos.

Laura ended the video with: ‘It might be the end of TikTok postie but it’s a new chapter for the one and only Laura Orgill.’