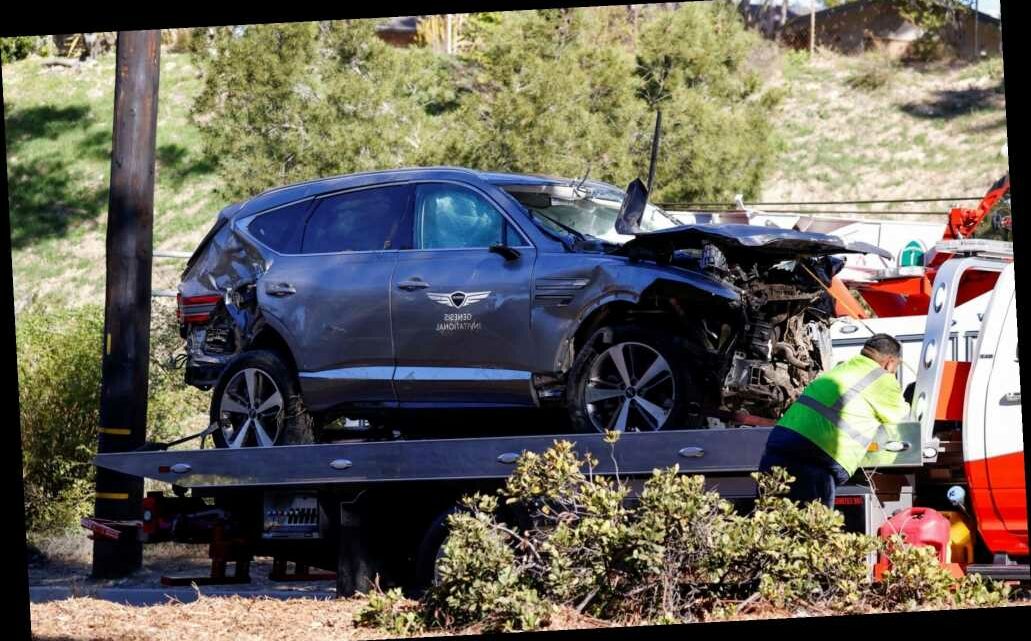 The first Los Angeles County sheriff's deputy who arrived on the scene after Tiger Woods was involved in a rollover car crash said the golf legend was “lucid and calm” and didn’t realize the severity of his injuries.

In an interview Wednesday on NBC's “TODAY” show, Deputy Carlos Gonzalez said that when he arrived, the first thing he noticed was a vehicle about 40 feet off the roadway.

"Immediately the neighbor that called 911 told me, 'Deputy, I think someone is still inside the vehicle,'" he said. "So I run over, and I’m able to get my upper body through the windshield."

It was dark inside the vehicle and all the deputy could see was a pair of eyes.

"My first role as a first responder is to assess the passenger, the occupants, of the vehicle and I want to keep them calm as well," Gonzalez said. "So I ask him, 'Can you tell me your first name?' He looked at me and he said, 'Tiger.'”

“And it took me a half second, but I saw his face and I thought, ‘Oh yeah, you’re Tiger Woods,’” he continued. “But of course, I've got a job to do, so I immediately went into assessment questions to gauge what his condition was in and what his mental state was at the time.”

Gonzalez said he didn’t have the tools to remove Woods from the vehicle himself and kept the golf star company as the two waited for emergency aid. Woods "seemed calm," and didn't appear to be in distress, according to the deputy.

"I kept him talking," he said. "I asked him basic things to gauge his mental state, like do you know where you are right now? Do you know what day it is? You know, just to see if he was aware of what had occurred."

The deputy said Woods was unable to stand on his own and appeared to be unaware of “how gravely injured he was,” citing a “mixture of adrenaline and shock.”

When asked by Melvin if a toxicology report was ordered, Gonzalez said that there was no evidence of impairment and that he was unaware of any reports.

Woods crashed his Genesis GV80 at 7:12 a.m. PST on the border of Rolling Hills Estates and Rancho Palos Verdes, the Los Angeles County Sheriff's Department said in a statement Tuesday.

The cause of the crash is still under investigation. Sheriff Alex Villanueva said during a Tuesday news conference that accidents are not uncommon in the area because of the downhill slopes and curves on the road.

"Thankfully, the interior was more or less intact, which gave him the cushion to survive," Villanueva said. "Otherwise, it would have been a fatal crash."

In a statement Tuesday night, Woods' team said he was “awake, responsive, and recovering” after a rod was placed into his leg during surgery.

The rod was inserted into his tibia to stabilize fractures, and screws and pins were used to stabilize injuries to the foot and ankle, according to the statement.

Gonzalez said the injuries could have been worse, crediting Woods for wearing a seat belt at the time of the accident.

Woods is considered one of the greatest golfers in history. His 82 tournament wins is tied for most in a career with Sam Snead, and his 15 majors is second only to Jack Nicklaus.