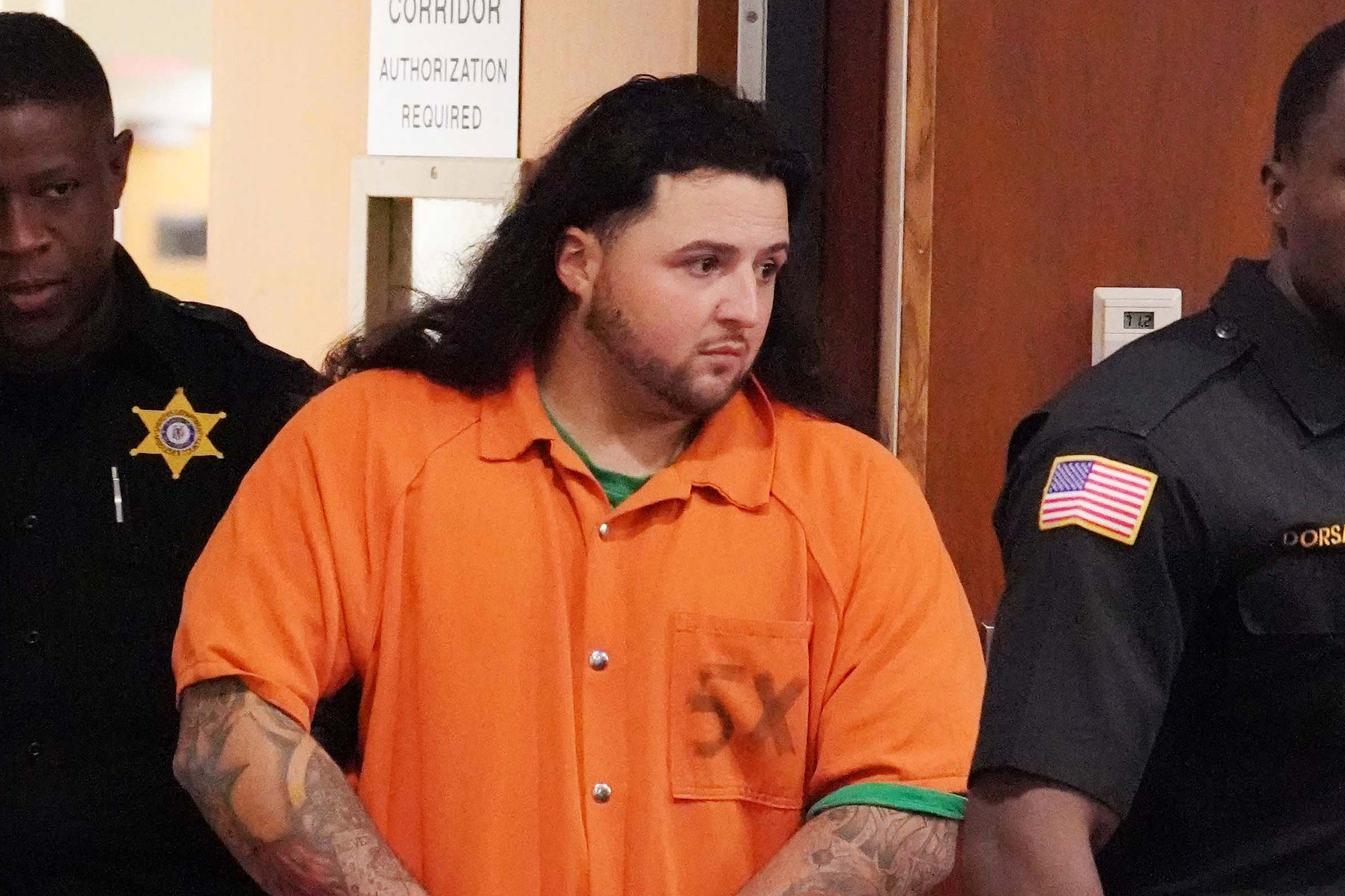 Thug suspected of killing firefighter will face charges in NYC

A purported Latin Kings gangbanger suspected in the road-rage killing of FDNY firefighter Faizal Coto waived extradition Friday from New Jersey — agreeing to be sent back to New York City to face charges.

Joseph Desmond appeared before Judge Colleen Flynn in Middlesex County Superior Court in New Brunswick, where he uttered “Yes, ma’am” to a series of questions during a five-minute hearing.

The long-haired and tattooed suspect, clad in an orange jumpsuit, appeared nonchalant as he spelled his name and the judge signed the order of extradition.

Flynn said she believed Desmond would be sent back to New York sometime next week.

“I have a feeling that New York is going to want him back as quickly as possible,” she said after the hearing.

He is suspected of fatally beating the off-duty firefighter early Sunday during a road-rage dispute in Brooklyn, police sources said.

Coto, 33, was driving on the Belt Parkway near Bay Eighth Street in Bath Beach around 4:45 a.m. when his Ford Mustang and a second car — an Infiniti G35 registered to Desmond — collided. Both vehicles pulled to the side of the road.

Details of what happened next are murky, but shortly after the cars pulled over, a witness called police saying she saw two people fighting — then one of them lying on the ground.

Coto was discovered shortly thereafter, unconscious on the road near his car. The Infiniti had driven away.

On Tuesday, the NYPD and US Marshals tracked Desmond to a room in the Circle Motor Lodge in South Amboy, NJ, where they arrested him on a parole violation. He was previously convicted on assault and drug possession charges.

NYPD Chief of Detectives Dermot Shea said Wednesday he expects Desmond, once returned to New York City, “will be charged with murder.”

The firefighter and aspiring rapper, who had three years with the FDNY, was laid to rest Thursday.