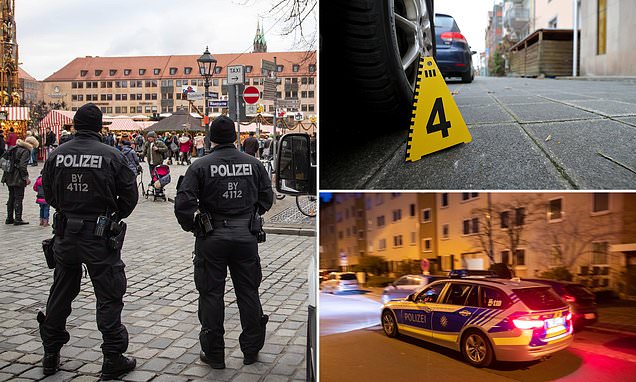 Three women are left fighting for lives in Nuremberg after stabbings

Three women were fighting for their lives after being stabbed within four hours of each other in Nuremberg on Thursday night, as the police hunt a knifeman.

There was no immediate word on the type of blade used and no suspect was detained despite police hounds and a helicopter being scrambled.

Police said there was no indication of terrorism with forces on the continent on high alert after the shooting in Strasbourg.

The police put out a description of 25-30-year-old with a light complexion, according to Bild, who reported a single perpetrator. 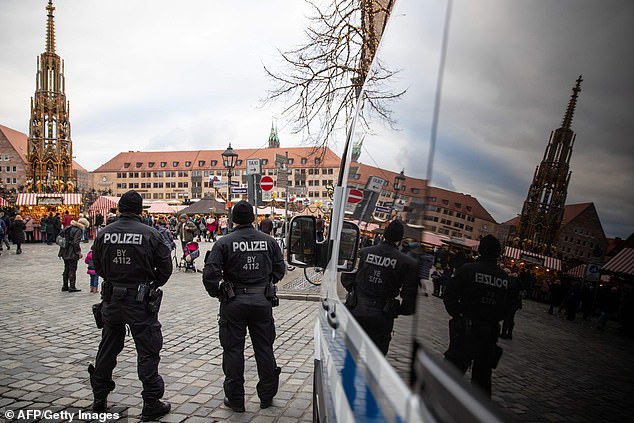 German police officers stand guard at the Christmas market in Nuremberg on Wednesday after the terror attack in Strasbourg on Tuesday; the police said there was no indication of terrorism in Thursday night’s triple stabbing in Nuremberg 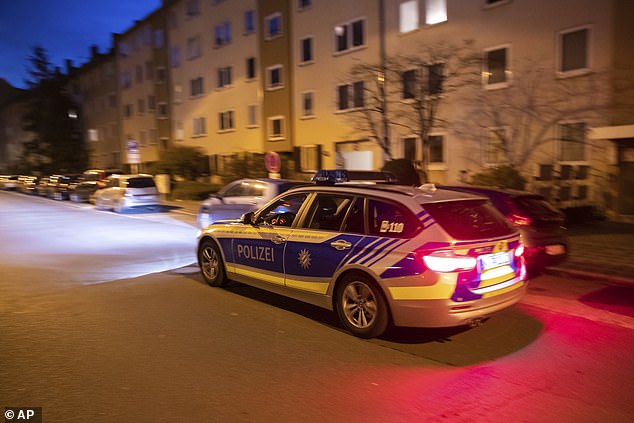 The stabbings took place in the Bavarian city’s St. Johannis district; the first victim at around 7pm was a 56-year-old who was rushed to hospital for surgery, after being stabbed by a man who ran off.

The next stabbing took place at 10.45pm, according to Bild, with a 26-year-old woman being wounded.

Another took place shortly afterwards with a 34-year-old sustaining injuries. 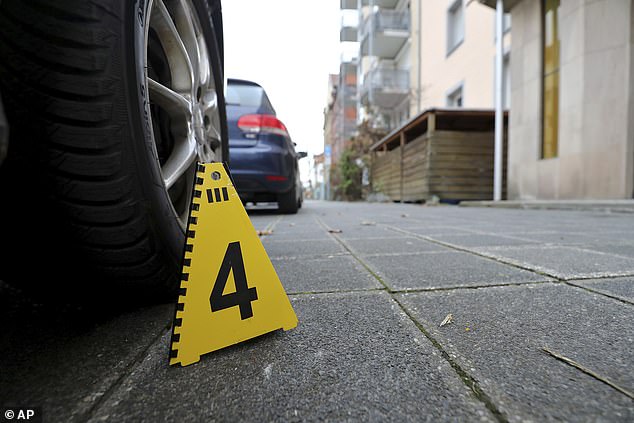 Police said on Friday that all of the victims had been treated successfully and their lives were no longer in danger.

They said that they could not rule out the same person having carried out all three attacks and this morning they put out just one description of a suspect.

Police beefed up their presence in the area on Friday, with both uniformed and plainclothes officers.