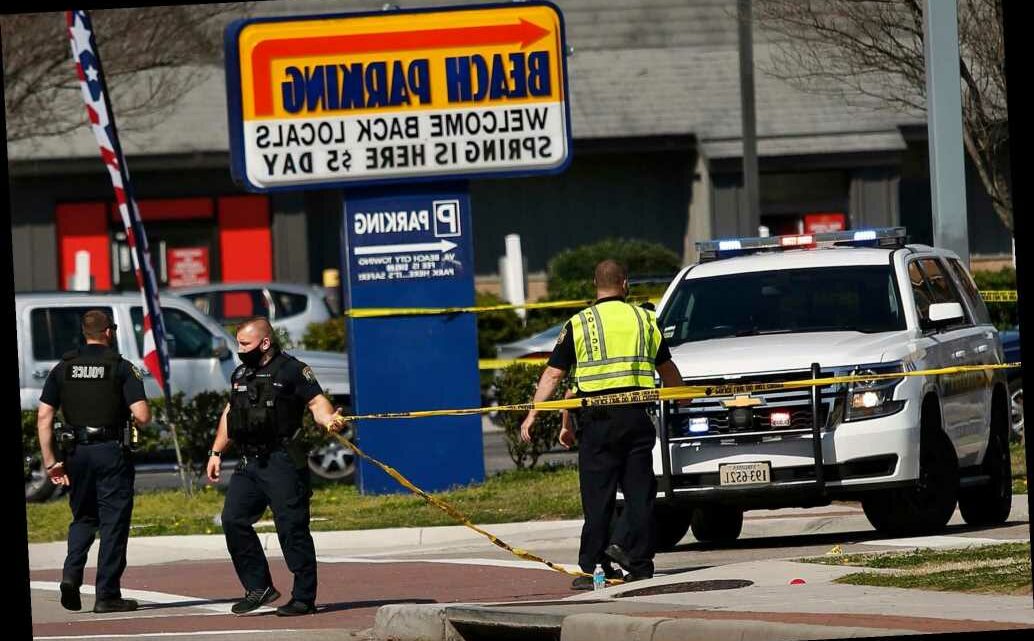 Three young men were slapped with a series of gun and assault charges after a gunfight erupted in Virginia Beach, leaving eight people wounded.

The melee was one of three separate incidents that also left two people dead.

The chaotic night began around 11:30 p.m. Friday when a fight broke out in a crowd on the main strip in the oceanfront resort city. Multiple shots were fired, and police arrived to find eight people with gunshot wounds, some critically hurt.

Ahmon Jaree Adams, 22, of Chesapeake, Virginia, and Nyquez Tyyon Baker, 18, and Devon Maurice Dorsey Jr., 20, both of Virginia Beach, were arrested in the incident. They were charged with seven counts of felonious assault, use of a firearm in commission of a felony and reckless handling of a firearm.

The wounded were treated at area hospitals, some were fighting to survive while others were in stable condition.

The incident was followed by a second shooting a few blocks away that killed an innocent bystander, Deshayla “Shay” Harris, 29, of Norfolk.

Harris was a start of the final season of “Bad Girls Club” on the Oxygen Network in 2017.

At that scene, Donovan W. Lynch, of Virginia Beach, 25, who was armed and may have been a part of the original fight, was shot and killed by a uniformed police officer.

Police did not say what sparked the gunfire, only that the officer “encountered an armed citizen which resulted in a police involved shooting.”

The officer involved in the shooting is a five-year veteran of Virginia Beach Police who worked in the department’s Special Operations Division. The incident is under investigation, authorities said.

A third crime scene nearby saw a police officer get hit by a car. The officer was treated and released from an area hospital Saturday.