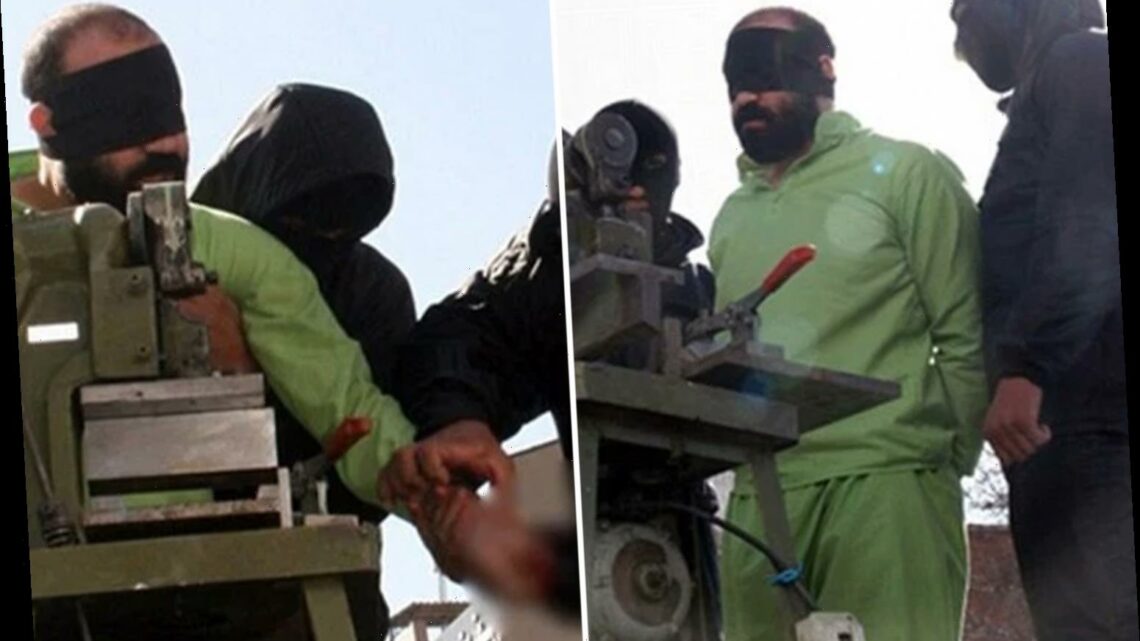 Three boys accused of stealing to have fingers AMPUTATED in Iran

THREE teenage boys accused of stealing will have their fingers amputated as part of their horrific punishment.

The boys will be mutilated in Iran despite appeals for the sentence to be overturned. 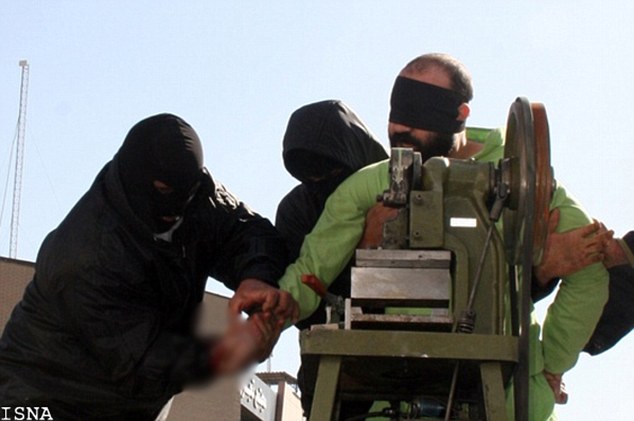 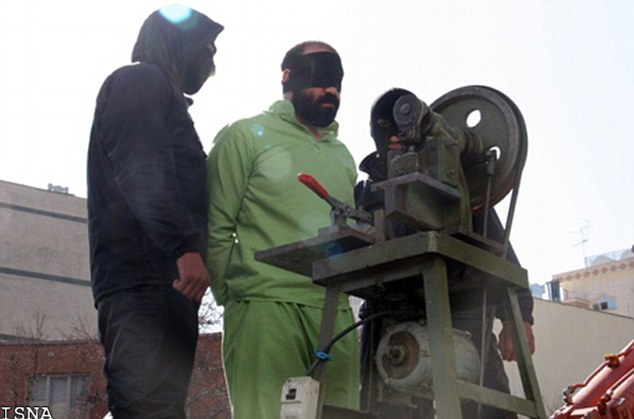 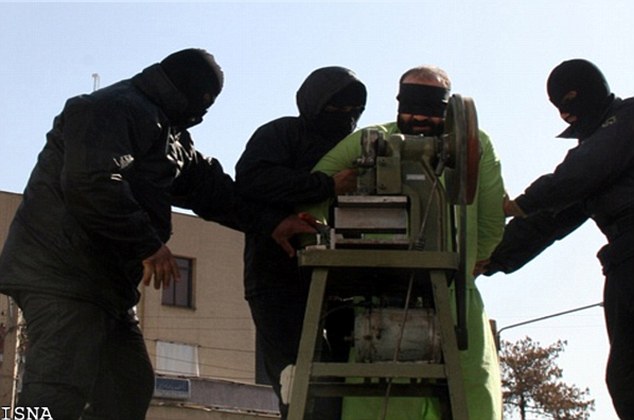 The three prisoners – named by Iran International TV as Hadi Rostami, Mehdi Sharafian and Mehdi Shahivand – will have four fingers from their right hands sawn off.

Under Sharia law, amputation, whipping, and even death by stoning are all legal forms of punishment.

The teens were jointly tried last November in the Urmia Juvenile Criminal Court.

They have been jailed in Urmia Prison since the trial.

Despite attempts to appeal the decision, Supreme Court judges this week upheld the verdict.

Iran's Islamic penal code says theft "on the first occasion" is punishable by the amputation of four fingers of the right hand.

However, in most cases courts issue prison sentences instead – and the most severe punishments are generally handed to adults.

Nargess Tavalossian, legal analyst and journalist at Iran International TV, said: “Amputation as a form of punishment is rare in Iran.

"To have this type of punishment, there are 13 rules that all need to apply for the judge to order an amputation. 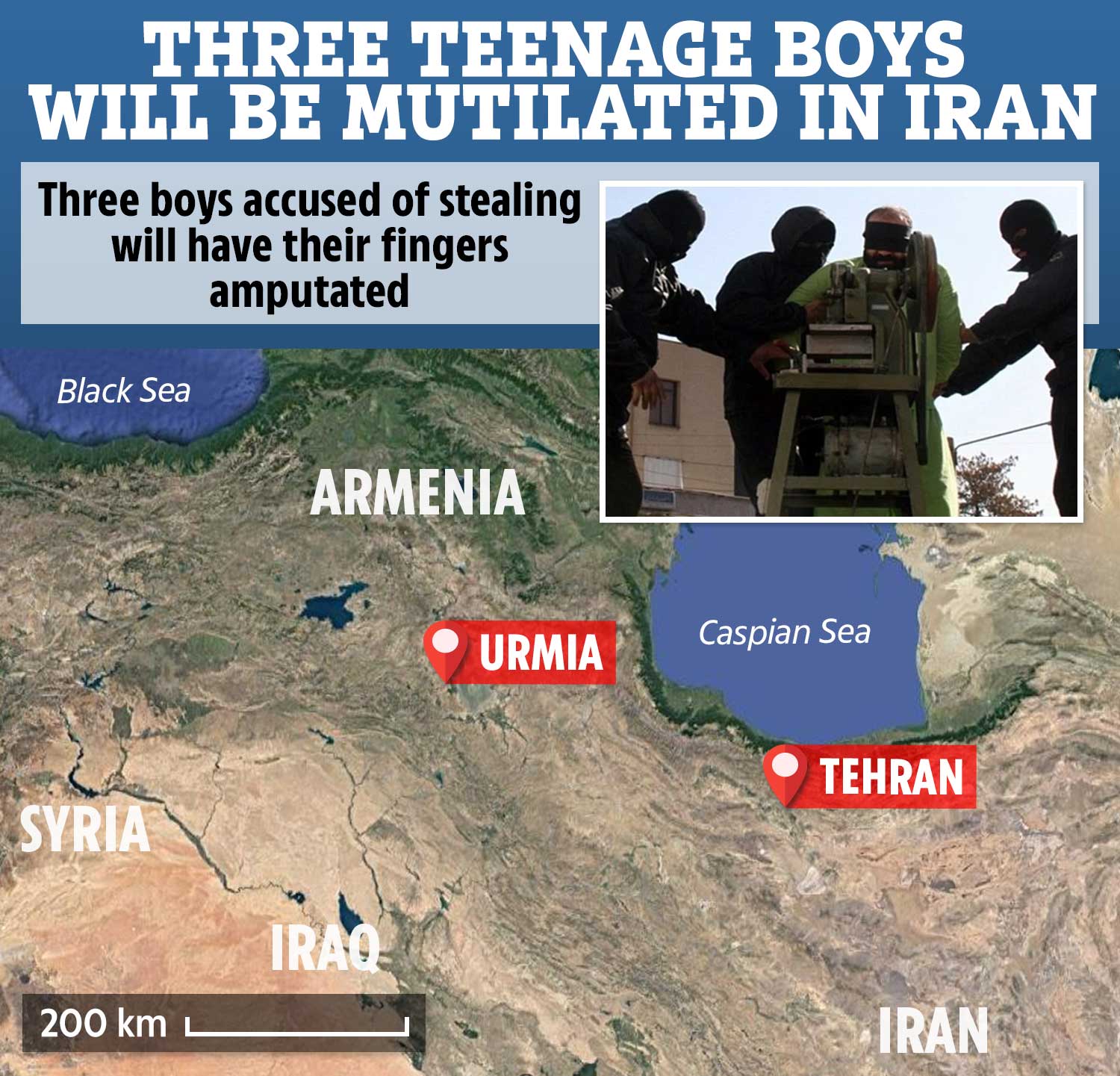 "However, judges usually avoid issuing such punishment by saying that 12 out of the 13 rules are met and amputation is therefore not required.”

Iran is an Islamic republic, and its legal system is based on a strict reading of Sharia law.

The local news website Kurdpa, which is not affiliated with the government, reported that the accused faced four robbery charges in Urmia, northeast Iran.

They were handed the sentence based on Article 278 of the Islamic Penal Code, it's reported.

The teens were tried in a special court for children and adolescents.

Human rights lawyers say amputation as a legal punishment violates Article 7 of the International Convention on Civil and Political Rights.

The legislation prohibits subjecting people “to torture or to cruel, inhumane or degrading treatment or punishment".

Saleh Higazi, Amnesty International's deputy director for the Middle East and North Africa said in a statement last year that the premeditated "maiming and mutilation of individuals is not justice".

"It is a harrowing assault against human dignity," he said.

Under Sharia law, crimes punishable by death include – but are not limited to:

"Reforms to Iran's penal code that would put an end to this outrageous practice are long overdue."

In a report on methods of punishment in Iran, Amnesty International said: "Amputation is torture, plain and simple, and administering torture is a crime under international law."

Photographs released by the country’s state news agency in 2013 show the punishment being carried out.

In the images, a blindfolded man is led to the a crude saw, where two hooded men put his hand in a vice.

Another turns a handle which operates a circular saw that guillotines four of the man’s fingers.

The man in the photos had been found guilty of theft and adultery by a court in the south-western city of Shiraz.

This month, Iran executed a champion wrestler it accused of murdering a riot cop — in defiance of world-wide appeals to spare his life.

Navid Afkari, 27, who was accused of killing a state security guard during the anti-government protests in the summer of 2018, was hanged in Shiraz. 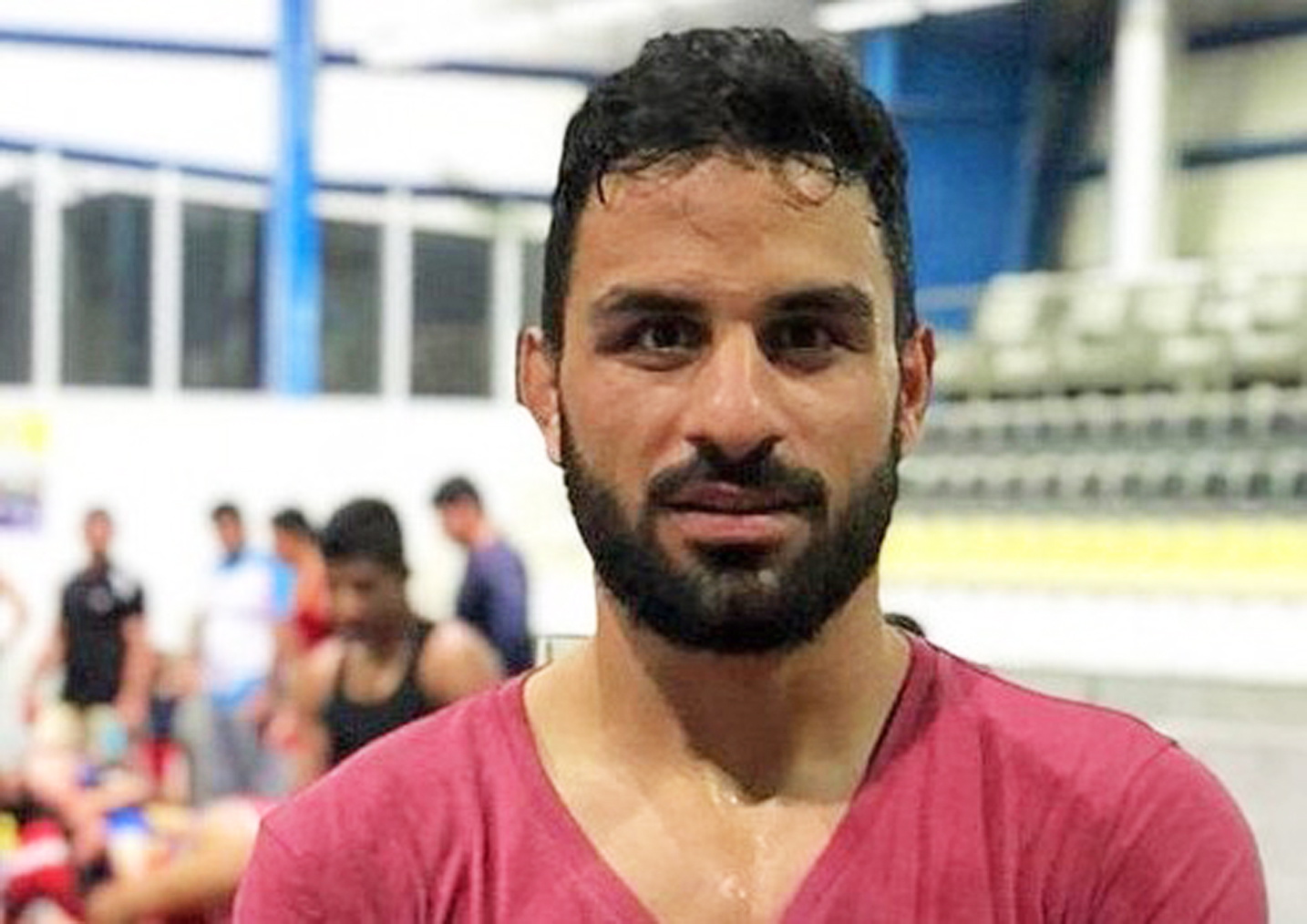 Joe Swash surprises Stacey Solomon as he buys unbelievable £50,000 camper van for the family to 'make memories in'