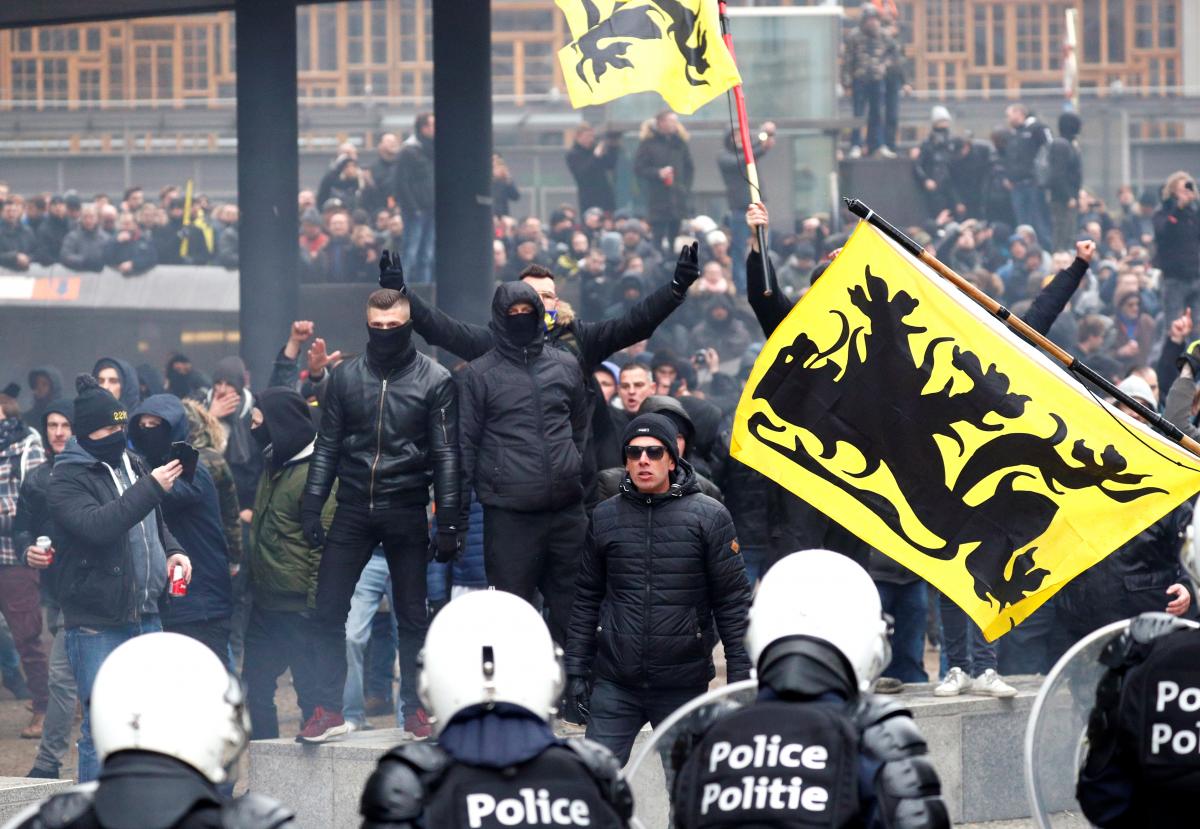 BRUSSELS (Reuters) – Thousands of people marched in Brussels on Sunday against a U.N. pact aimed at fostering cooperation on migration, eclipsing a smaller demonstration in support of the deal, the signing of which brought down Belgium’s government last week.

Police said some 5,500 people marched in the bigger protest, organized by Flemish right wing parties in the part of the capital where main European Union institutions are located.

A separate counter-demonstration of around 1,000 people, organized by left-wing groups and non-governmental organizations, took place in the city center.

Belgian right-wing N-VA, which is the biggest party in parliament, pulled its ministers from the ruling coalition last week after Prime Minister Charles Michel refused its demand that he not sign the U.N. migration compact in Marrakesh.

Michel had secured a large parliamentary majority in favor of maintaining Belgium’s support of the U.N. text, with support from the opposition socialists and greens. Critics said the N-VA’s move was the opening shot in a campaign before federal elections in May.

The U.N. pact was agreed in July by all 193 U.N. members except the United States, but only 164 formally signed it at the meeting last Monday.

It has run into criticism from European politicians who say it could increase immigration to Europe as the bloc has turned increasingly restrictive on accepting refugees and migrants alike since a 2015 spike in arrivals.

Ten countries, mostly in formerly Communist Eastern Europe, have pulled out of the non-binding pact.

With a record 21.3 million refugees globally, the United Nations began work on the pact after more than one million people arrived in Europe in 2015, many fleeing civil war in Syria and poverty in Africa.