Home » World News » Thought Tier 4 was bad? Brutal countries where you can be KILLED for breaking Covid rules from China to Nigeria 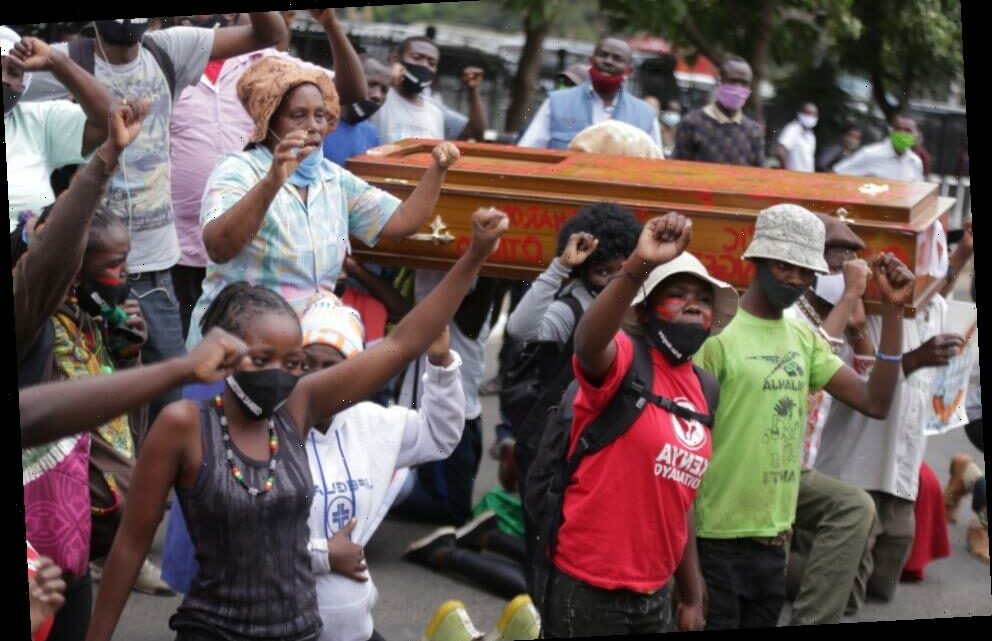 Thought Tier 4 was bad? Brutal countries where you can be KILLED for breaking Covid rules from China to Nigeria

BRITS are suffering as millions face tough new Tier 4 measures- but the unfortunate people in these countries could be killed if they defy strict Covid lockdown rules.

Human rights groups have warned there has been a flurry of people killed or put on death row for violating or questioning rules rolled out by ruthless regimes. 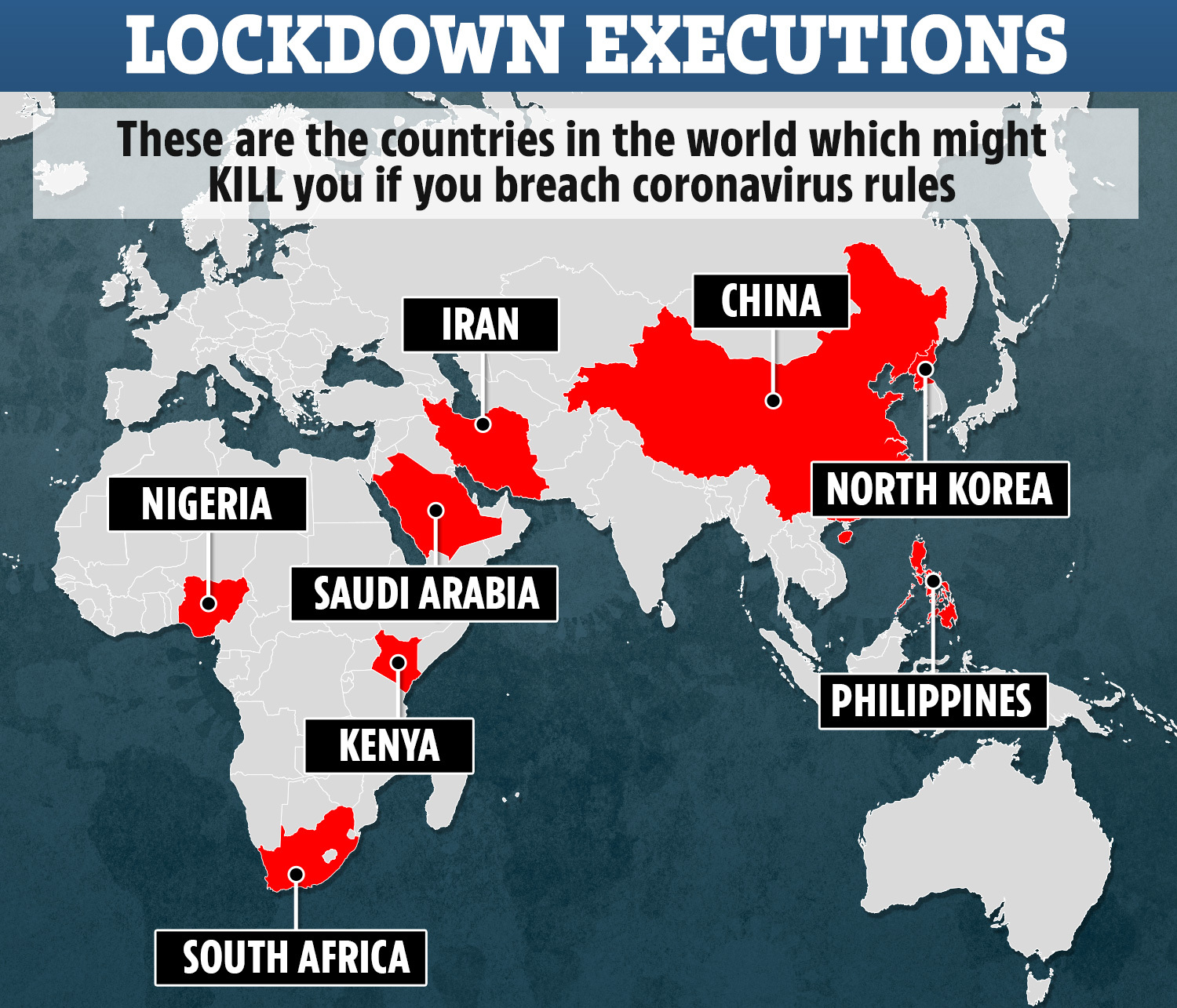 UN officials have warned that police brutality and violence has also been reported in some nations enforcing draconian lockdowns.

Human Rights Watch revealed in June it was aware of at least nine people being killed for disobeying Covid restrictions or speaking out against them.

And now this number will be far greater, with numerous reports coming in from all corners of the globe.

Agnes Calamard, a UN official who monitors extrajudicial killings, said: “The number of allegations of police killings and their excessive use of force that I have received and have been reading are deeply concerning.

“Graphic accounts of police cruelty and violence, often directed at the most vulnerable and individuals and communities, are multiplying.”

The Sun Online can now reveal the nations why you might get killed if you breach lockdown or flout coronavirus rules as even more of the UK faces Tier 4. 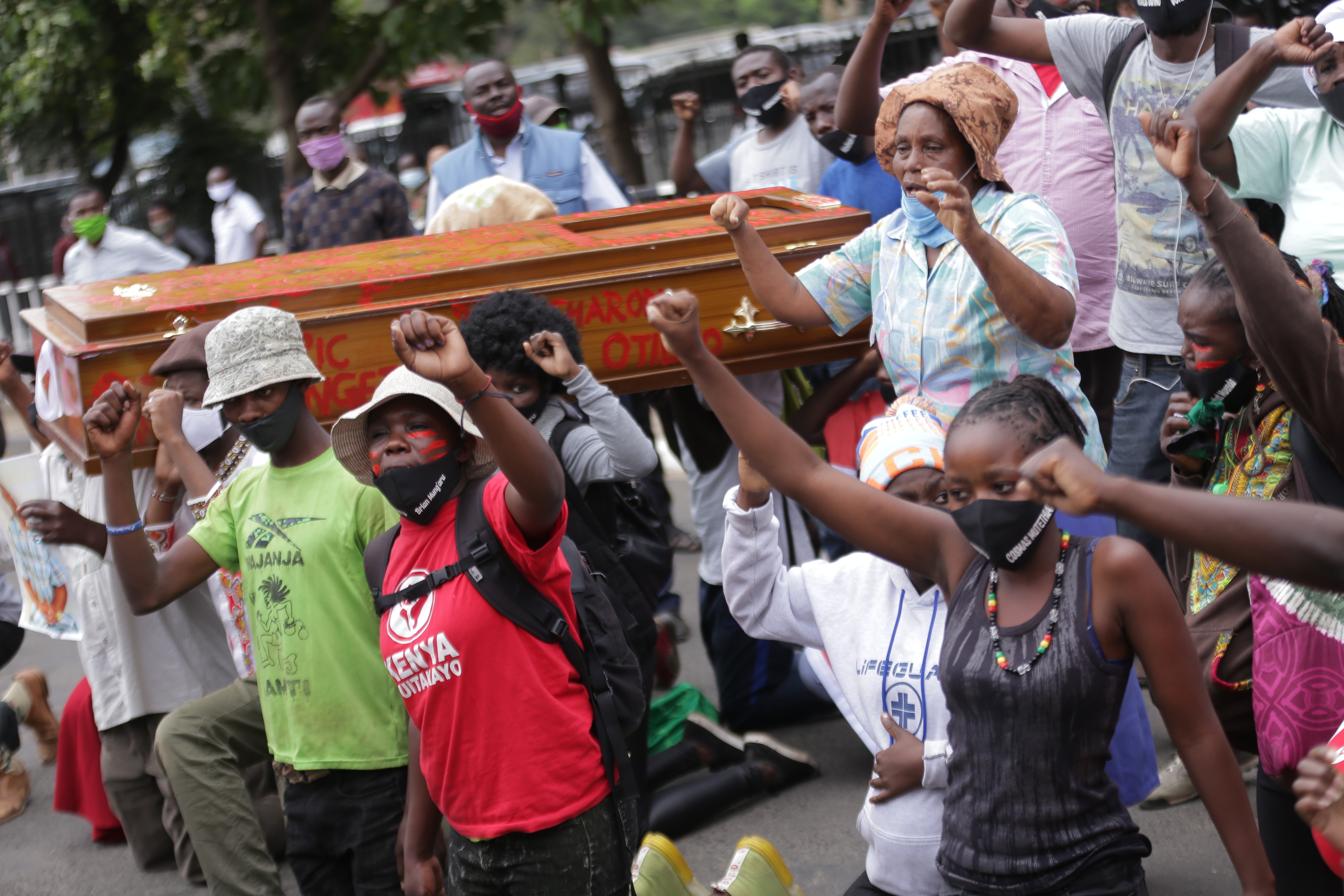 Kenyan police had to apologise after they shot dead a 13-year-old boy on the balcony of his own home in Nairobi for allegedly breaching lockdown.

Human rights activists have warned the African nation is using heavy handed police tactics including beatings to enforce the rules.

It is believed at least 12 people have been killed by cops policing a dawn till dusk curfew as part of lockdown.

Cops even teargassed commuters and hit them with batons after they spotted a large crowd in Mombasa back in March.

“If the operation was supposed to protect people from spreading the virus, the operation achieved the exact opposite,” a police reform group in Kenya said. 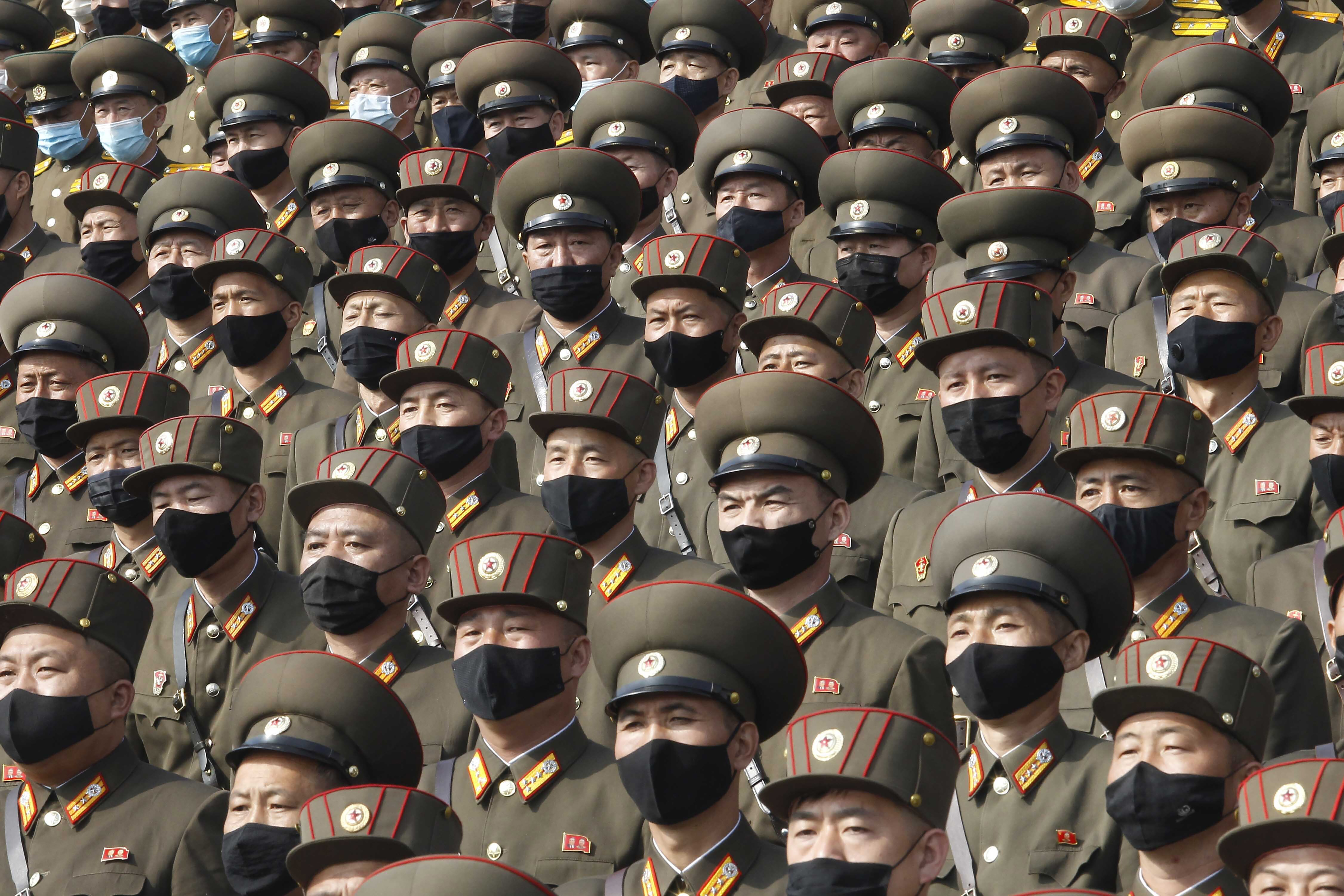 The despot nation of North Korea is feared around the world for its brutal, repressive regime run by ruthless leader Kim Jong-un.

A man in his 50s was shot dead on Kim’s orders for smuggling products across the sealed off Chinese border.

Kim is also said to have executed an official who broke coronavirus protocols in August.

Despite claiming the country had never had a single case of Covid, Kim has completely locked down capital Pyongyang and even barred entry of some foreign goods. 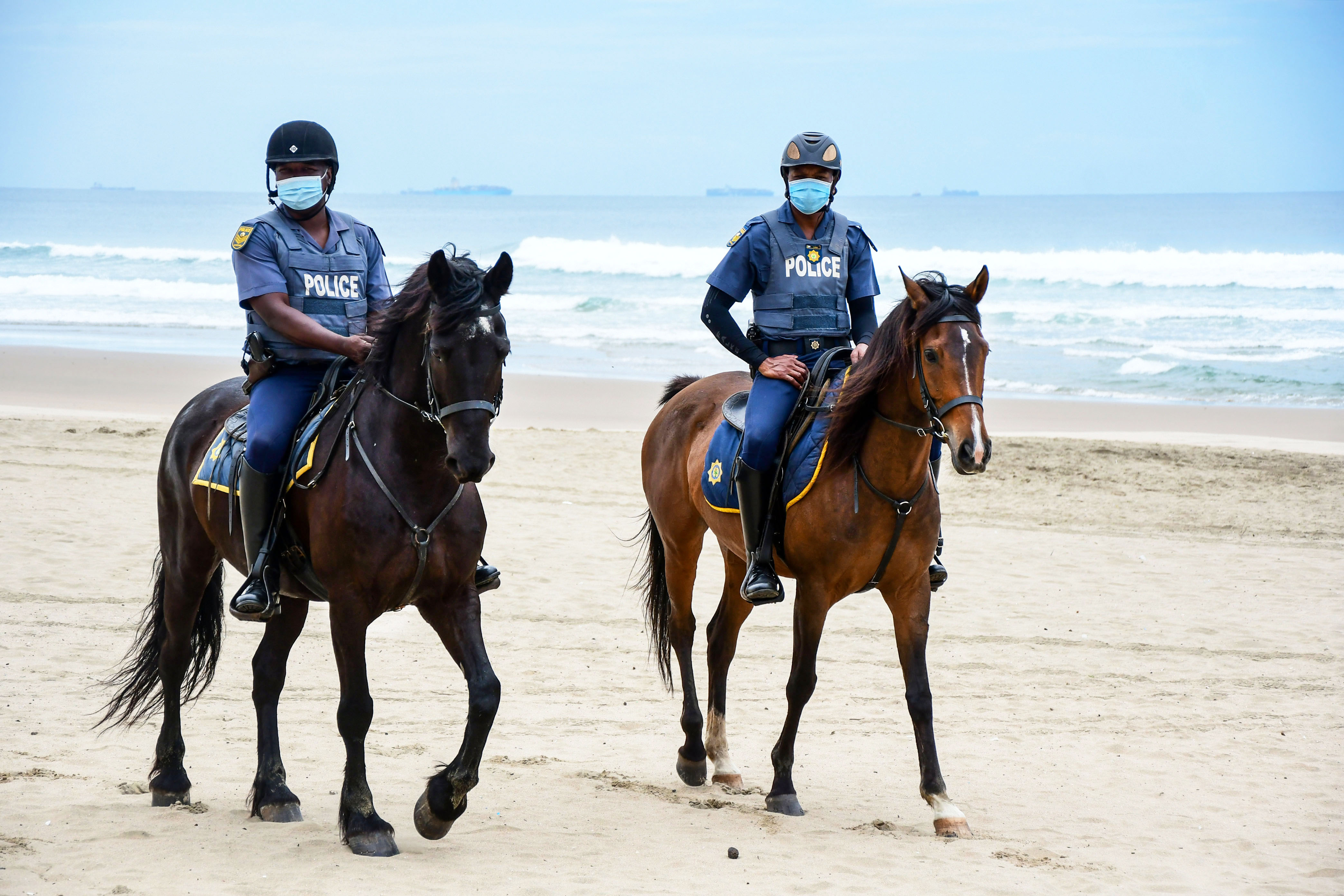 Cases of police brutality in South Africa have rapidly risen during the pandemic.

Part of this is blamed on the use of security agencies to enforce lockdown rules, who have been blamed for their brutal tactics.

A ban on the sale of alcohol to try and prevent the spread of Covid has also raised tensions in the country.

Several reports of torture and murder are now under investigation after videos showing people being beaten by security forces went viral.

The family of Collins Khosa claim soldiers entered his house and beat him to death for drinking beer. 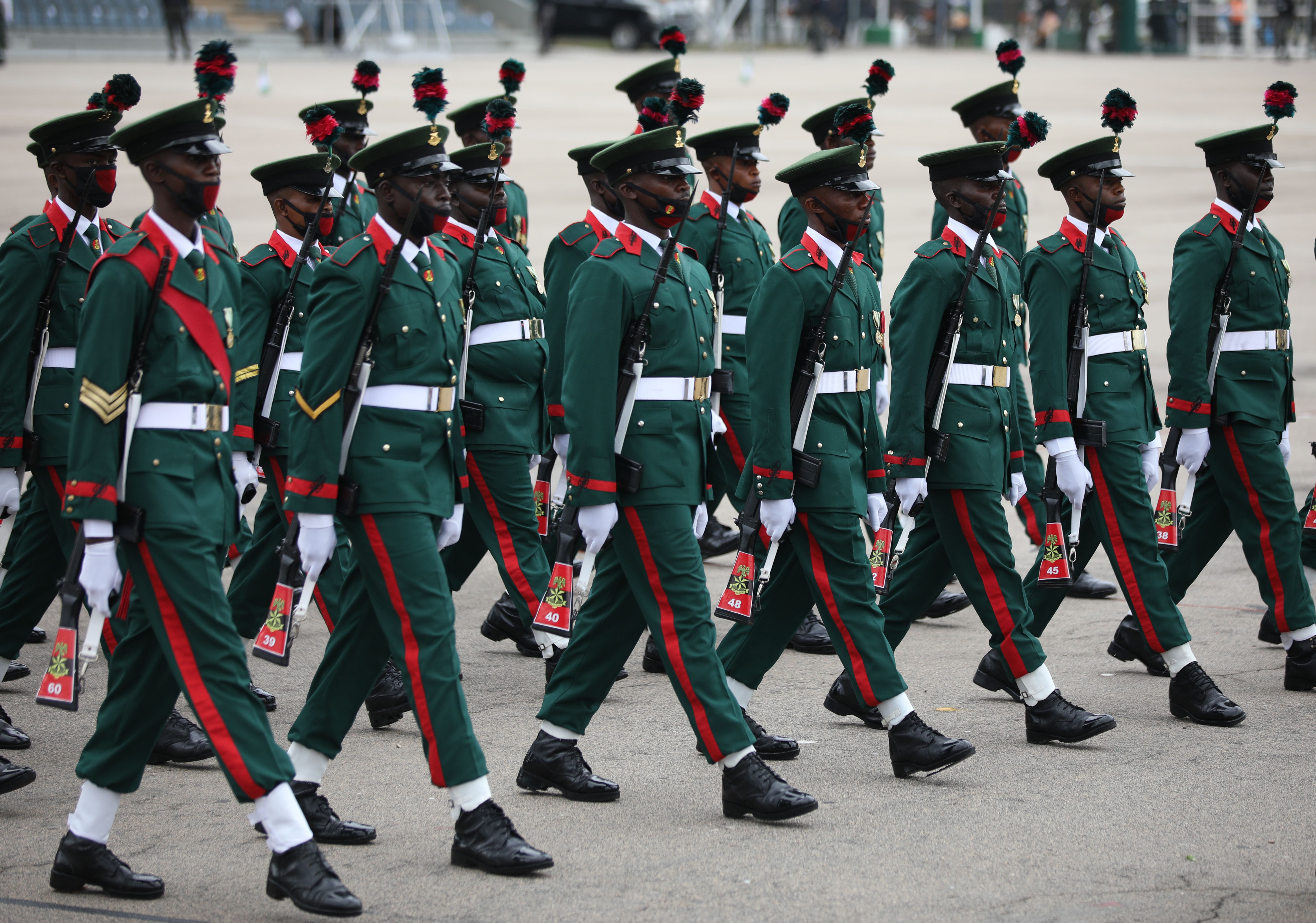 In Nigeria, where arbitrary beatings and killings are not uncommon, the police have been accused of brutalising local communities.

The rights group adds that more people in Nigeria have been killed by officers enforcing lockdown then by the disease.

Auwal Musa Rafsanjani from the Abuja Civil Society Legislative Advocacy said: "There are so many reported cases of human rights abuses, including outright murder and killing of Nigerians in the name of keeping them at home.

“We think this is a shame and outrageous that coronavirus didn't kill Nigerians, but security agents are killing Nigerians.” 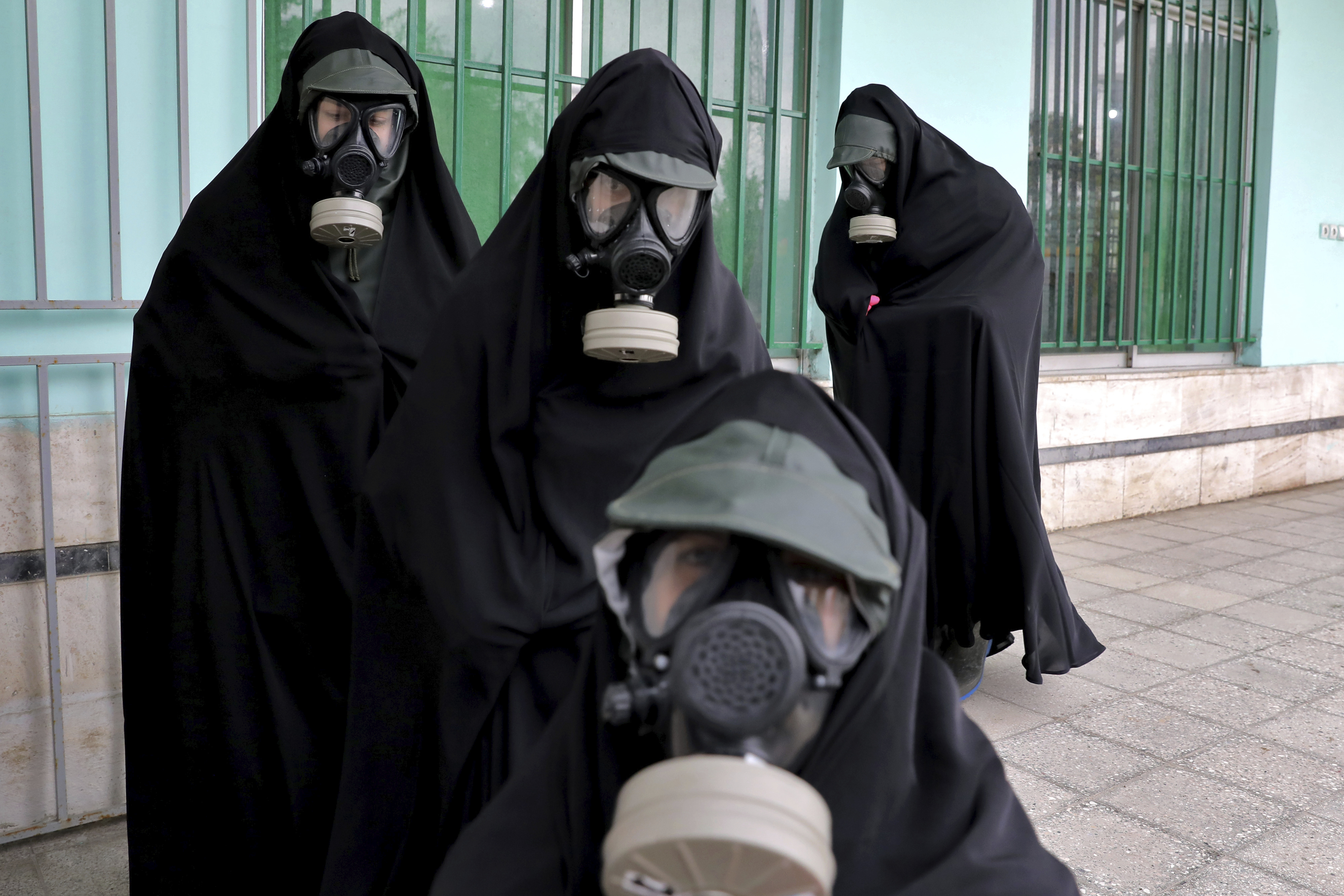 Iran is believed to be one of the worst affected countries in the world by coronavirus and has been described as being on the verge of collapse.

The hardline nation has imposed strict lockdown conditions and will severely punish anyone breaching them or even criticising them.

Paralympian and disabled bodybuilder Reza Tabrizi reportedly faces the death penalty after questioning one of the country’s policies.

The wheelchair-bound weightlifter was filmed being arrested after questioning why Iran had closed its gyms but left open places of worship.

Friends of Reza now fear for his safety behind bars, and that he could be put to death. 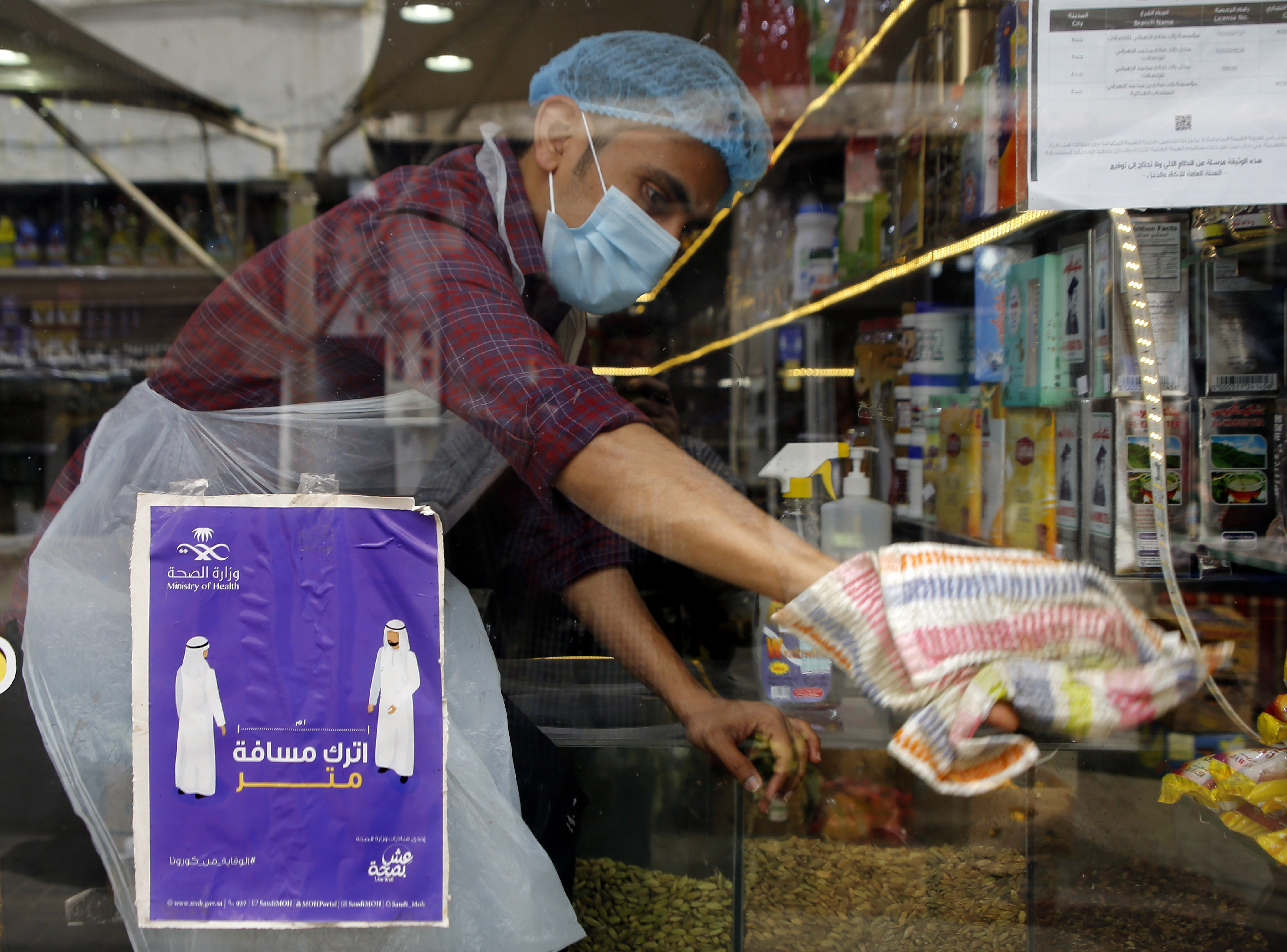 Saudi Arabia has been ultra-cautious during the pandemic, recently closing all of its borders for fear of the new strain arriving in the country.

And the kingdom doubled its use of the death penalty last year, according to figures from Amnesty International.

Earlier this year, the Saudis were threatening to execute a man who is accused of COVID related crimes.

The unnamed suspect was accused of spitting on trolleys and doors by supermarket staff. While in custody he tested positive for Covid.

If he is found to have deliberately committed this act while knowingly infected with Covid, he will face the being beheaded. 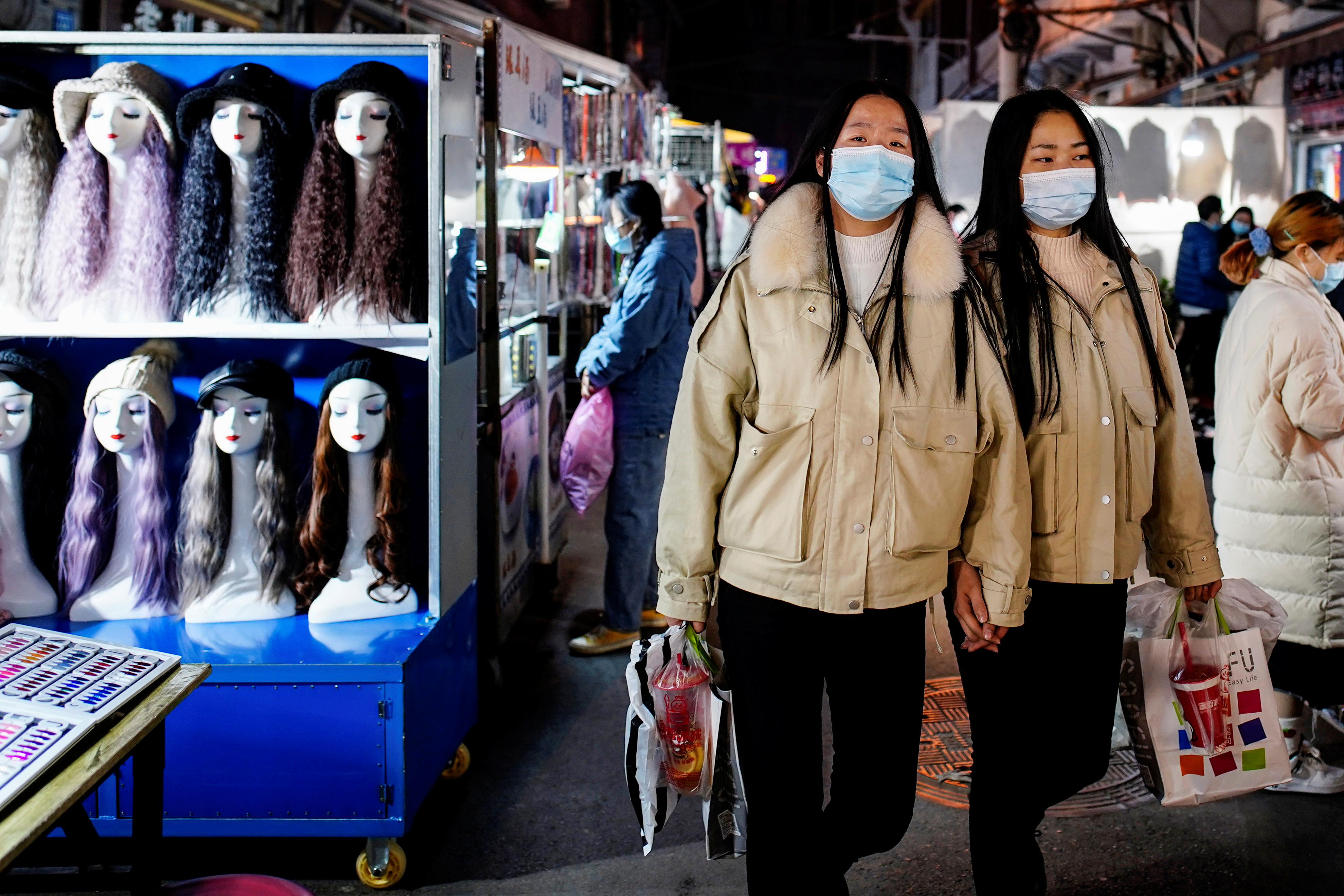 China tops Amnesty International polls on executing civilians every year, killing more people than all the other countries in the world twice over.

Due to the secrecy of the state, the exact number of people executed in China will never be known, but it is estimated to be thousands.

The Chinese government was quick to issue new regulations last year, as Covid first took hold of the country.

Those violating Covid rules were warned they would be subject to speedy arrests and even the death penalty, which in China could be the firing squad.

Chinese doctor Li Wenliang, who blew the whistle on coronavirus, was dragged into a police station for “spreading lies” before he died of the illness in February. 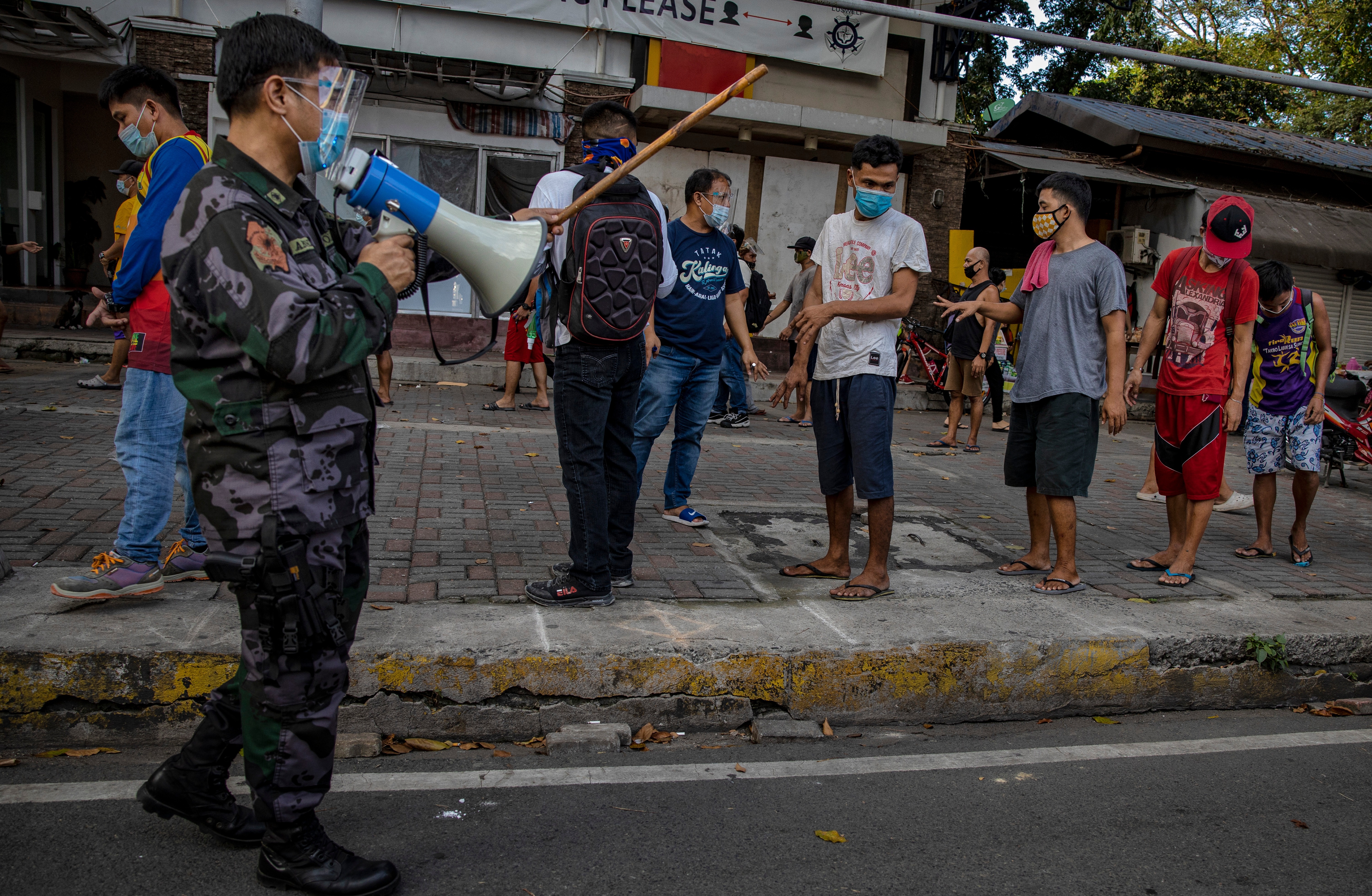 He said anyone who was caught "creating trouble" could be killed in a characteristically fiery speech in April.

At least one person has reported to have shot dead by the Philippines cops after he was drunk and not wearing a mask.

Duterte's crackdown came as protesters took to the streets as they accused the government of failing to supply relief and food during the lockdown.

What countries still use the death penalty?

COUNTRIES that still have the death penalty include:

Ms Calamard added that while introducing curfews may be a necessity, breaching it should not constitute grounds for excessive force.

She added: “While COVID-19 is new, the applicable human rights norms are not. The principalities of legality, necessity, proportionality and precaution applied to the right of life must be implemented.

“Impositions of derogations of freedom of movement, including curfews, are permitted under international law in specific circumstances and may be a necessity in the context of the Covid epidemic.

“But the breaking of a curfew, or of any restriction on freedom of movement for that matter, should not constitute grounds for excessive use of force by the police and under no circumstances should it lead to the use of lethal force."

She added: “This rule applies to all at all times – no exceptions. It is crucial to recall this particularly in view of the fact that so many people have no home in which to remain confined nor the means by which to sustain their family under such isolation.

“Law enforcement officers, their commanders, the systems that support them and the governments who direct them must understand these realities.

“For millions of people, policies such as curfews can be the more direct threats to their dignity and wellbeing than the virus itself.

“There are other ways to police than force first. Discussion, instruction, consultation and community engagement – these should be the operating systems for the police as well. "

'Grey's Anatomy': The 5 Highest-Rated Episodes Before T.R. Knight's Exit as George O'Malley, According To IMDb