Home » World News » They thought Sandy Hook would 'wake up' the US. Uvalde school shooting proves it didn't.

They thought Sandy Hook would 'wake up' the US. Uvalde school shooting proves it didn't.

School librarian Mary Ann Jacob helped barricade more than a dozen children in a closet behind bookshelves at Sandy Hook Elementary School as gunshots rang out.

She thought the massacre that killed 20 first graders and six adults in Newtown, Connecticut, nearly 10 years ago “would wake up the country.”

“Unfortunately, I was wrong,” Jacob told USA TODAY on Wednesday in the wake of another mass shooting, this one at a small Texas elementary school.

A gunman killed 19 children and two adults at Robb Elementary School in Uvalde, Texas, Tuesday morning. Survivors and families of those killed in the Sandy Hook shooting say the incident is retraumatizing and unbearable – yet predictable.

Veronique De La Rosa, 55, who lost her 6-year-old son, Noah, in the Sandy Hook shooting, was running errands when she got a notification about the Texas incident on her phone. “As it became apparent what had happened and the scope of it, it was just absolutely devastating,” she said.

When Texas officials announced the gunman was an 18-year-old, De La Rosa said she did some quick math. “I thought to myself, my goodness, the kids he shot today – some of them were probably not even born when Sandy Hook happened. The shooter himself was probably eight, nine years old,” De La Rosa said.

‘MY SON NEVER CAME HOME’: ‘My heart bleeds for Texas as I relive Dylan’s murder at Sandy Hook’

Mark Barden, who remembers walking his 7-year-old son Daniel to the bus stop for the final time that Friday, said the tragedy “hauntingly” mirrors what he and other parents endured in 2012. He rattled off the likenesses: The age of the children. The setting. The weapon. The gunman’s behaviors.

“From the aerial shots to it being an elementary school, to the long and gruesome process of identifying bodies … I am reliving everything that I went through nearly 10 years ago,” said Lafferty, who was 27 at the time of the Sandy Hook shooting.

Much like the day of her mom’s murder, Lafferty was working from home when she learned of Uvalde’s mass shooting. “I had several minutes of like, this can’t be real,” she said.

In a flash, her computer screen’s breaking news alert transported the still-grieving daughter from her couch back to Dec. 14, at the firehouse where she and her sister raced to learn their mother’s fate.

“They were asking me to describe my mom,” Lafferty recalled of authorities’ questions at the firehouse. She and her sister had navigated a caution-tape-draped parking lot before being taken to a back room by a man holding a clipboard.

“I’m just like, ‘She has freckles and pointy teeth’ – that’s the first thing that came out of my mouth,” Lafferty said.

There have been at least 53 “active shooter” incidents – intending to kill or injure multiple victims – at K-12 schools since the mass shooting at Sandy Hook Elementary, according to the K-12 School Shooting Database at the Naval Postgraduate School’s Center for Homeland Defense and Security.

More broadly, there have been 969 incidents of gunfire at K-12 schools since Newtown, according to the database, which documents every instance a gun is brandished or fired or a bullet hits school property for any reason at any time.

Education Week, which uses a different metric, reported there have been 27 school shootings in 2022. The outlet tracks shootings on K-12 school property or on a school bus that resulted in firearm-related injuries or deaths and occurred while school was in session or during a school-sponsored event. 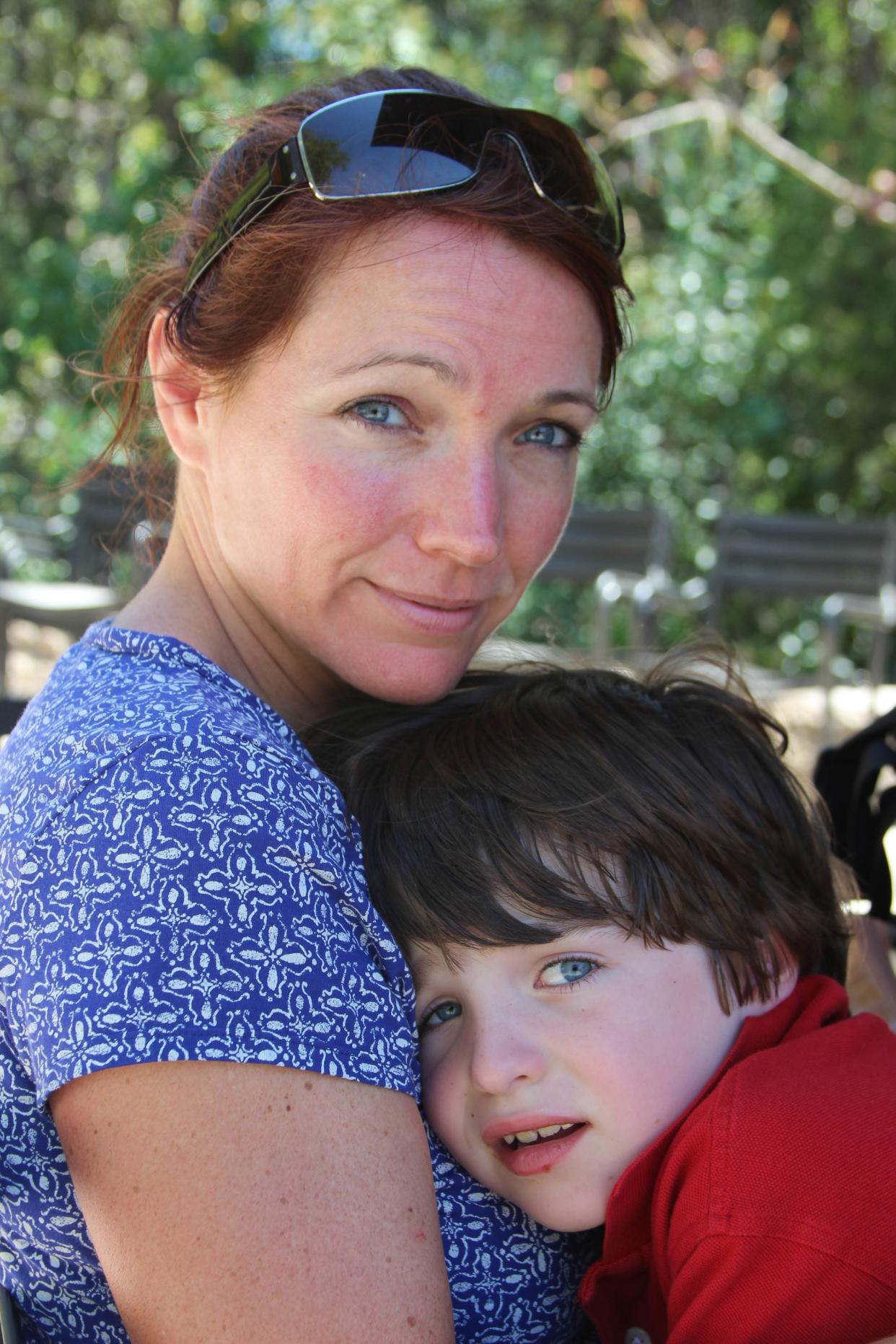 “I know the unspeakable pain that parents of children killed during Tuesday’s Texas school shooting are experiencing right now. I also know what they will endure for the rest of their lives,” Nicole Hockley, who lost her 6-year-old son in Newtown, wrote in an opinion piece for USA TODAY.

She said, “My son, Dylan, my beautiful butterfly, was ripped away from me in the Sandy Hook Elementary School shooting nearly 10 years ago. That day I sent him to school, and he never came home.”

De La Rosa said her son, Noah, was a “jokester” and “a little spark of life.” He “used to tell his sisters that when they were sleeping at night he would go to his job at a taco factory and make tacos all night,” De La Rosa recalled.

Because Noah was a twin, he was “born knowing how to share,” De La Rosa said. His twin sister is now 15, and his older sister is 17. They’re doing “as well as can be expected,” she said. “But I can tell you with certainty that the repercussions of being in the school on that day still ring today.”

Barden recalled sitting down with his wife, Jackie, that night ten years ago to tell their older children, then 10 and 12, that their little brother had been shot and killed in his first-grade classroom.

“That’s something no other parent should ever have to do,” said Barden, 57, co-founder and CEO of Sandy Hook Promise Action Fund.

IT’S NOT JUST UVALDE, TEXAS: Gunfire on US school grounds at historic high

‘We are grieving with you. You are not alone.’

“For all within the state who wake up this morning facing horror upon horror of this latest news – after having lived Newtown: We are grieving with you. You are not alone,” Marquez-Greene wrote.

Neil Heslin, whose 6-year-old son, Jesse Lewis, was killed, told The New York Times he “felt compelled” to watch the coverage of the Uvalde shooting.

“It’s almost like an instant replay of Sandy Hook,” he told the outlet. “I guess it’s something in society we know will happen again, over and over.”

Scarlett Lewis, Jesse’s mother, wrote on Twitter: “No one is going to fix this for us. We need to step up and take responsibility for the safety and well-being of our children.” 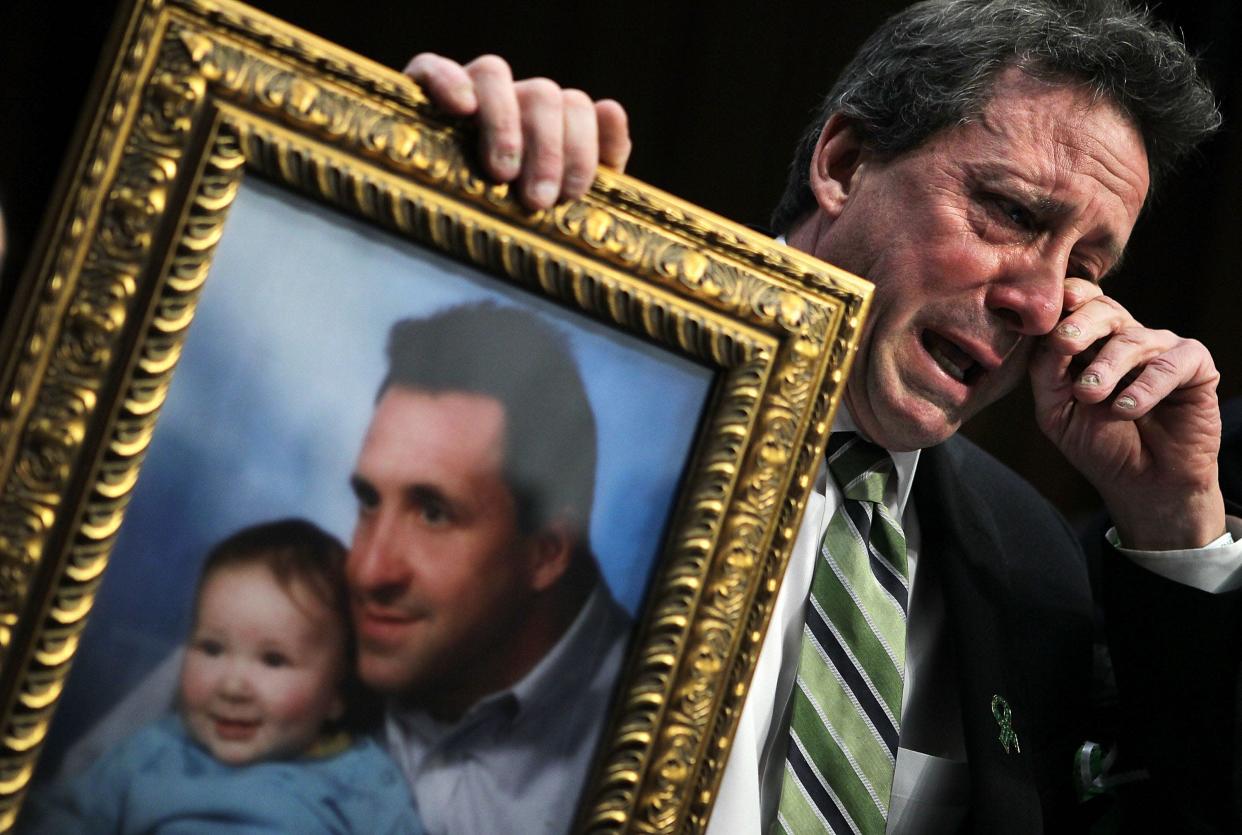 Lorrie Rodrigue, superintendent of Newtown Public Schools, said the shooting in Texas “initiated a profound emotional impact on many of our staff, students and families.”

“After hearing the news, I immediately sent out a communication to let the school community know we would ensure the necessary supports were in place the following day,” Rodrigue said in a statement.

School administrators and counselor teams were on alert at each of the seven schools in the district, which coordinated an enhanced police presence “to ease the minds” of the school community, Rodrigue said.

“While this tragedy is ever more significant for our families in Newtown, the focus of this story remains on those who need our support now in Uvalde, Texas,” Rodrigue said. “Our thoughts and prayers go out to them, and we have already sent word that we are here to help, as needed.”

‘WHAT ARE WE DOING?’ Connecticut Sen. Chris Murphy on Sandy Hook Elementary and the mass shooting in Uvalde

‘Know all too well what they’re going through’

Lafferty said she finds herself thinking of the families in Uvalde who are enduring the excruciating wait for more information about their loved ones.

“I unfortunately know all too well what they’re going through and what the next days, weeks, months and years are going to look like for them,” Lafferty said.

The early days of the near-decade since losing her mother are fuzzy. Lafferty wishes she’d thought to write things down.

She doesn’t know how she managed to get to the funeral or back home to Connecticut; her mom was buried in the Adirondacks. Lafferty can’t recall who handed her a red scarf at her mom’s wake.

“Trauma is a crazy thing, and the mind works in crazy ways,” Lafferty said. “The things that I blocked out, I’ve fought to get back. … I don’t know if it’s good or bad.”

De La Rosa said she’s been dealing with grief “on a daily basis” for the past decade.

“You never close the book on losing a child. It’s a grief that becomes your daily companion, and the best you can do is learn to live alongside it,” she said.

To see this type of tragedy unfolding once again is frustrating, Barden said, but he remains hopeful that it’s preventable. The Sandy Hook Promise’s efforts to curb gun violence and teach kids to recognize the signs of a possible attacker has helped prevent eight planned school shootings and at least 100 deaths by suicide, Barden said.

Right now, he’s asking anyone who’s outraged and hurt to hold on to that feeling and use it for good.

“If we want to think of ourselves as a life-affirming, life-embracing society, then action must be taken, common sense measures must be taken at the federal level,” De La Rosa said. “Because we’re becoming a culture of death, where people are becoming inured to these mass shootings because they’re occurring with such frequency.”

In February, the families of nine Sandy Hook victims agreed to a $73 million settlement against the maker of the gun used in the shooting. The settlement followed several years of litigation with Remington Arms, the maker of the Bushmaster AR-15-style rifle.

“Today, I’m angry. I’m sad. But I’m ready to continue fighting back,” said Jacob, now a volunteer leader with Moms Demand Action at Everytown for Gun Safety, a gun control advocacy group. “We will never accept this as normal. Lawmakers should step up or get out.”

For anything to change in the wake of gun violence, Lafferty said, it’d take more than thoughts and prayers.

'Star Wars': Ewan McGregor Forgot How to Do the Accent for Obi-Wan Kenobi