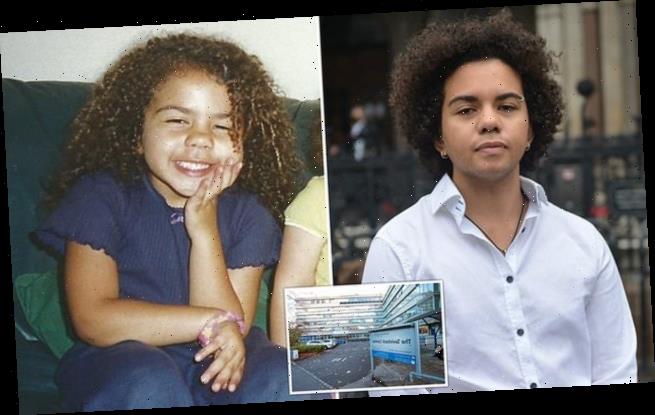 ‘A live experiment on children’: The physicians’ testimony that led a High Court judge to ban NHS’s Tavistock clinic from giving puberty blocking drugs to youngsters as young as 10 who say they want to change sex 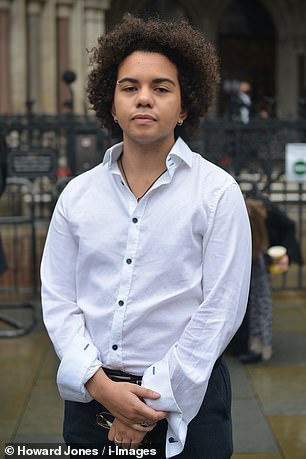 The shocking evidence that convinced a High Court judge to effectively ban an NHS gender clinic from giving puberty-blocking drugs to children can be revealed for the first time today.

Until now a court order has prevented the testimony of eminent physicians being made public. But lawyers for The Mail on Sunday successfully argued there was a significant public interest in disclosing the material.

Among the devastating statements that can now be divulged is one from Professor Christopher Gillberg, an expert in child and adolescent psychiatry, who believes prescribing drugs to delay puberty – a first step in gender treatment – is a scandal and tantamount to conducting ‘a live experiment’ on vulnerable children.

‘In my years as a physician, I cannot remember an issue of greater significance for the practice of medicine,’ he said.

‘We have left established evidence-based clinical practice and are using powerful life-altering medication for a vulnerable group of adolescents and children based upon a belief.’

In their statements, Prof Gillberg and other leading medical experts revealed:

The Gender Identity Development Service (GIDS) clinic in London, also known as the Tavistock Centre, began prescribing puberty blockers to under-16s in 2011. There has been growing concern ever since about the irreversible, life-changing dangers.

Last month the clinic suspended referrals for hormone therapy after judges ruled it was ‘very doubtful’ youngsters could give informed consent.

The High Court also recommended that doctors should not prescribe the drugs to those aged 16 and 17 without seeking the consent of the courts. Anyone who continues to prescribe puberty blockers to under-16s without court authorisation now runs a higher risk of pursuit for clinical negligence. 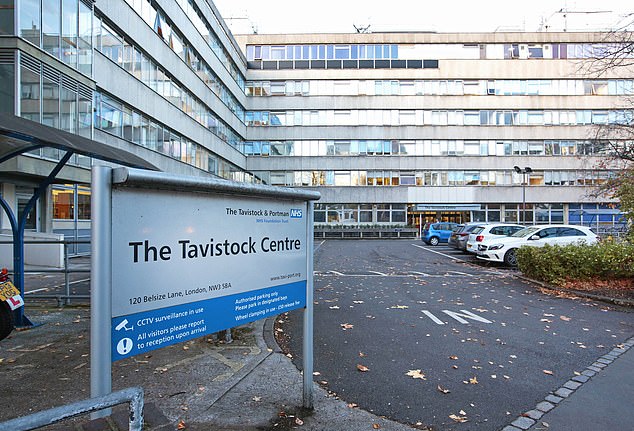 Before reaching their decision – viewed as a victory for common sense by many parents – the judges examined the experts’ testimonies submitted in support of a judicial review launched by Keira Bell, who was born female but began questioning her gender identity at 14 and began taking puberty blockers at 16 after referral to the Tavistock. Now 23, also had a double mastectomy, which she now regrets.

Prof Gillberg warned that the lack of clinical understanding of gender dysphoria – a mismatch between an individual’s birth sex and the person they feel they are – is so acute that the profession is ‘dealing with a live experiment on adolescents and children’.

The court papers said the Tavistock had seen a 60-fold increase in requests for its services in the past 15 years. Judges were told there had been a sharp rise in the number of girls aged 12 to 17 requesting help and they outnumbered biological males wanting to transition by two to one.

Experts cited the influence of the internet and social media sites that ‘disproportionately pressure girls’ struggling with their sense of identity and body image.

Medics warned there was a ‘disproportionate number’ of children across the world claiming trans identities who were in care, adopted, autistic, anorexic or had psychiatric or mental illnesses.

Haunting stories of those scarred by sex change treatment

The court was given harrowing testimonies from dozens of young women who wrote of how their lives have been ruined by sex change treatments.

Judges heard how over the past decade there had been a huge rise in the number of girls identifying as male, and that 70 per cent of adolescent referrals to the Tavistock clinic were female.

Expert witness Stephanie Davies-Arai, founder of parent campaign group Transgender Trend, compiled the accounts from online posts. They came from young women across the world who refer to themselves as ‘detransitioners’. Ms Davies-Arai blamed the worrying rise on social media, ‘selfie culture’ and society’s increasing sexualisation of young women. She said this was leading girls to become obsessed with their body image and ‘fear’ becoming women.

She wrote: ‘I’m horrified that when I went for the hysterectomy they didn’t emphasise to me how important these organs are. Now it’s too late. I’m 23 and I am basically in menopause and all the health implications that come with that.

‘I can’t comprehend how doctors could let this happen.’

Another young woman told a news website that she was ‘traumatised’ by the sex change operation, saying: ‘I had chest surgery. It was botched and I was left with terrible scarring.’

A detransitioner called Lee said on an internet blog post she was given powerful drugs by a doctor with almost no assessment of her psychological or physical health.

She said: ‘I went to see a gender doctor privately in London. On the first appointment, he said, ‘Let’s not waste any more time’, and injected me with testosterone. It was what I wanted but now I think it was wrong – what I really needed was psychotherapy.’

Ms Davies-Arai said the Tavistock clinic was aware there were young women who were now regretting sex change treatments, but claimed it had not taken any action.

Professor Stephen Levine, a clinical psychiatrist, repeatedly questioned whether teenagers were capable of understanding the enormity of the ‘irreversible’ process of changing sex.

He said demand had grown ‘exponentially’ in recent years, ‘with little critical oversight’.

Prof Levine, an American expert in the field of gender treatment, said puberty suppression medicine – also used for infertility, prostate cancer and to ‘chemically castrate’ violent sex offenders – was ‘experimental’ and the injections had not been scientifically established as a ‘safe and effective intervention in the short or long term’.

He said ‘there was no other field of medicine where such radical interventions are offered to children with such a poor evidence base’. And warning of ‘life-long consequences’, he said the vast majority of females on puberty blockers for two years had lower bone density than their peers.

Prof Levine also said there were reports of impaired brain development and ‘negative effects on IQ for gender-dysphoric children’.

Nearly 100 per cent of children treated with puberty blockers, he claimed, went on to take cross-sex hormones, which trigger ‘irreversible changes’ such as hair growth and a deepening voice in females and the growth of breasts in males.

Recent studies, he added, pointed to serious cardiovascular risks, including a four-fold increased risk of heart attacks in biological females and three times the risk of deep-vein blood clots in biological males. Prof Levine’s submission said some fertility treatments on offer were ‘highly experimental’ while teenagers often did not want to go through invasive procedures such as egg freezing. 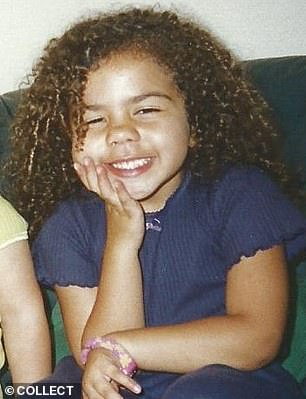 Keira Bell was born female but began questioning her gender identity at 14 and began taking puberty blockers at 16 after referral to the Tavistock. Now 23, also had a double mastectomy, which she now regrets

‘Another complicating issue is the fact that freezing unfertilised eggs has a low rate of success,’ he said. ‘For this reason, certain practices are now asking minors to choose sperm donors to fertilise the eggs prior to freezing them.

‘The ethics of asking a child to choose the genetic father for their future child (and creating and storing embryos) pose a host of highly problematic ethical issues.’

Prof Levine said the medical treatments were taking place in such a ‘toxic and febrile context that critical and cautious voices are shouted down as transphobic, hateful and engaging in conversion therapy’.

‘Such a climate has created an intimidating and hostile environment where silence and acquiescence are the inevitable consequence. It is left to those of us at the end of our careers, who have nothing to lose, to voice our concerns.’

Prof Levine, from Cleveland, Ohio, said modern approaches to dealing with gender confusion were based on a ‘cultural fashion’ rather than science. And there had been no ‘controlled clinical trials’ – the gold standard of scientific testing – for puberty blockers. ‘Scientific requirements for establishing an intervention’s utility are well known in medicine,’ he said. ‘Advances are undertaken through carefully controlled clinical trials. Why should gender problems be considered an exception?’

But the director of GIDS, Dr Polly Carmichael, insisted in her submission to the High Court that all the potential side effects and impacts were explained to young people by clinicians before referring them for puberty blockers.

Dr Carmichael said the primary purpose of puberty blockers was to give the young person time ‘to think about their gender identity’.

But Prof Levine disputed this. So too did Professor Sophie Scott, of University College London, who stated in her evidence to the court that puberty blockers were likely to have a harmful impact on ‘brain maturation’.

Prof Scott added: ‘I am concerned that the current treatment regime practised by the Tavistock is exposing young people to significant risk of harm.’

Prof Gillberg also criticised the practice of giving puberty blockers to the many autistic youngsters who are now presenting as transgender.

He said it was common for autistic young people to have both general and gender-related identity problems. And until recently the ‘vast majority’ of these patients learnt to deal with these issues following psychotherapy sessions. However, autistic youngsters are now being wrongly convinced they have gender dysphoria from information fed to them online.

Many looking for solutions were turning to the internet, where there was a ‘ready supply of answers’ leading them to believe their problems related to gender, Prof Gillberg said.

University College London Hospital and Leeds Teaching Hospital, which both administer drugs for GIDS, are planning to apply to the Family Courts to allow parents to give consent to a child under 16 receiving puberty suppressants. If successful, doctors would not need a judge’s permission.

Conservative peer Baroness Nicholson, a former director of Save The Children, said: ‘Puberty blockers are… a harrowing, physical destructive experiment on immature boys and girls. It closes normal development in favour of a painful life and a curtailed barren future – the NHS should never have allowed such unresearched use of public money on irremediable surgery on healthy bodies.’

The Tavistock said: ‘We have sought permission to appeal the recent judgment, and so won’t comment on the ongoing proceedings.’