Home » World News » The statue-smashers are assaulting democracy and civilization 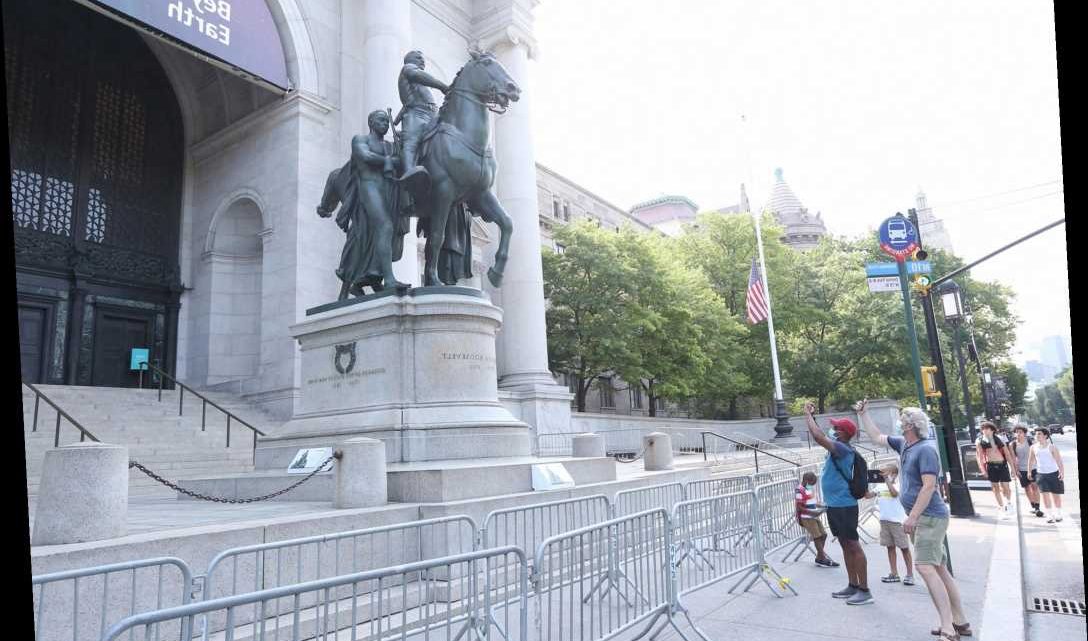 The statue-smashers are assaulting democracy and civilization

“Every record has been destroyed or falsified, every book rewritten, every picture has been repainted, every statue and street building has been renamed, every date has been altered. And the process is continuing day by day and minute by minute. History has stopped.”

Rarely has that passage from George Orwell’s “1984” seemed more apt.

Protests that initially focused on George Floyd’s death at the hands of Minneapolis police have spun into attacks on “systemic racism” — which often boils down to an assault on America itself, as the statue-smashers move beyond Confederate monuments to pretty much everything.

Marching for a cause is a time-honored form of peaceful protest. But spray-painting monuments is simply vandalism — and toppling statues is mob rule. And these mobs are increasingly mindless.

In San Francisco, they toppled a statue of Ulysses S. Grant — who defeated the South as the Union’s best general and then as president pushed through the Fifteenth Amendment, enforced Reconstruction, signed the first-of-its-kind Civil Rights Act of 1875 and prosecuted the Ku Klux Klan.

In Whittier, Calif., vandals tagged a statute of John Greenleaf Whittier, the city’s namesake and a poet who dedicated his life to the anti-slavery cause, with “BLM” and “F - - k Slave Owners.”

In Philadelphia, they defaced the Tomb of the Unknown Soldier of the American Revolution with the words “committed genocide.” In Portland, Ore., mobs brought down statues of George Washington and Thomas Jefferson.

The Army deployed 400 National Guard in Washington, DC, after another mob targeted the statue of Andrew Jackson near the White House.

Radicals there also vow to remove a monument to Abraham Lincoln that includes a freed slave. Freed slaves raised all the funds for the monument, whose dedication was attended by Grant and Frederick Douglass.

In Madison, Wisc., a mob of 200-plus got a towing vehicle and tore down two monuments on the statehouse grounds. They beheaded the statue of Hans Christian Heg — a Norwegian immigrant who led a militia that went after slave catchers, and was later killed as a colonel in the Union Army in the 1863 Battle of Chickamauga.

The vandals also pulled down “Forward,” an allegorical statue of a woman clutching an American flag dedicated to the progress of women by its female sculptor — with some “explaining” that the state isn’t really moving forward.

These mobs aren’t trying to effect change; they’re flaunting their power. And their violence is growing: The Madison “protesters” kicked and punched state Sen. Tim Carpenter after he photographed their actions. “Sad thing I’m on their side for peaceful demonstrations — am a Gay Progressive Dem Senator served 36 years in the legislature,” he lamented.

But many progressives are cheering them on. When a Post article tied the riots to her 1619 Project, The New York Times’ Nikole Hannah-Jones called it “an honor.” Of course, she has ignored the extensive debunking of her claims by America’s top historians — and gotten away with it, even winning a Pulitzer. She promotes lies, so of course she cheers ignorant vandals.

Few on the left, no matter their past defenses of free speech and toleration, dare speak out against mob action — for fear, perhaps, of becoming the mob’s next target, or at least of getting fired after a social-media assault. At best, they’re hoping these passions burn out or are bought off with the sacrifice of the odd Teddy Roosevelt statue.

The real lesson of history, though, is that appeasing the mob only inspires it to look for more to destroy. We’re still a long way from “1984″ but getting closer.