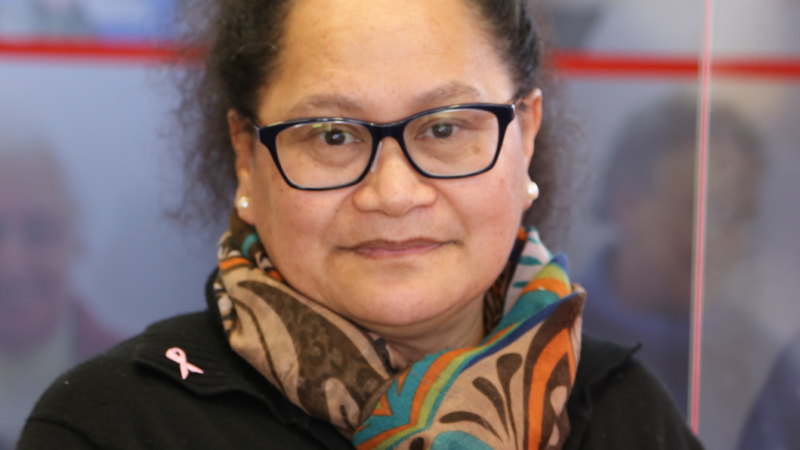 As the last holdout of the Islamic State crumbled in Syria, humble Kiwi nurse Louisa Akavi was believed alive, somewhere amid the chaos of bombardment and heavy fighting.

That is no longer certain.

Akavi had survived more than five years as a hostage of the Islamic State. A one-time prisoner of its brutal executioner Jihadi John, she was there as many of her cellmates were led away and summarily executed to fuel IS’ grisly propaganda war. Later, intelligence reports placed her at a hospital in Raqqa, IS’ self proclaimed caliphate and even later, after the city fell, on the move with IS as its soldiers retreated into Syria’s Euphrates Valley. 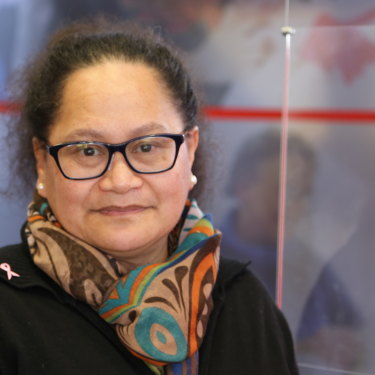 But her ordeal was a closely held secret – one kept by successive prime ministers, our intelligence and defence agencies, consular officials, and media, for fear that any news might bring forward her execution.

Since learning of the kidnapping during the 2014 election campaign, Stuff has pieced together harrowing details of Akavi’s time in captivity. Here is what we know, and haven’t been able to report until now.

Akavi, now in her 60s, was kidnapped at gunpoint in October 2013. She shared a cell with a young American aid worker, Kayla Mueller, who was sold, raped and tortured then reported dead. A rescue attempt in 2014 narrowly failed to free Akavi. Her mother died not knowing of her daughter’s fearful fate. Louisa Akavi calls Otaki home.

Akavi was taken prisoner on October 13, 2013, while travelling in medical convoy through northern Syria. 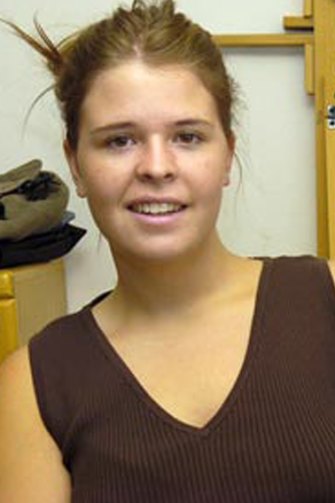 In a heartbreaking interview in April 2017, Kayla’s parents Carl and Marsha Mueller said a young Yazidi girl kept captive with Kayla and Akavi had told them Louisa was sick and hurt, and Kayla was trying to help her.

When their daughter was sold off to the IS leader, Abu Bakr al-Baghdadi, she begged for Akavi to be taken with her.

Their captors refused and it is believed the pair was split up. Akavi was put to work in an IS-controlled hospital – a move which sources we spoke to believe to be the reason she was kept alive after her fellow hostages were executed by Jihadi John.

Mueller endured months of brutal treatment, including rape and torture by al-Baghdadi. The US government believes she died in February 2015 at the hands of IS, though the group claimed she died in an air strike.

Her parents, Carl and Marsha, were shown photographs but never offered conclusive proof that she was dead. They had long harboured hopes of meeting Akavi one day in the belief she might be able to shed some light. 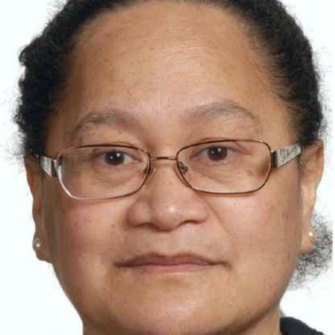 Captured in 2013 and kept prisoner by IS, Akavi was kept on the move.

Efforts to pinpoint Akavi’s location appear to have been stepped up around this time. Those efforts gained even greater urgency as IS-held territory shrank in the face of fierce fighting.

But there was still uncertainty – some senior ministers and officials were unconvinced by this time that Akavi was still alive. Some have disclosed misgivings that she could have survived such brutal conditions when it was known she was in very poor health.

One former insider told Stuff in 2019 of fears they had spent five years “chasing a ghost”.

Any sightings of the woman believed to be Akavi were in a burqa, and going by one of a number of Arabic names.

“How could they be sure?”

Behind the scenes, however, agencies including foreign affairs, defence, the Security Intelligence Service and government Communications Security Bureau were involved in talks about Akavi’s possible release or rescue.

New Zealand SAS troops were flown to Iraq in secret to be involved in those efforts, something we can only now reveal.

Their mission appears to have been two-fold: to advise on Akavi’s location and movements from intelligence gleaned both from overseas agencies and our own GCSB; and to liaise with coalition forces over a possible rescue mission.

Stuff became aware of their reasons for going to Iraq after international media reports quoted Kurdish Peshmerga officers as saying the New Zealand SAS were near Bashiqa, one of the front lines north of Islamic State-controlled Mosul.

At the time, Prime Minister John Key vehemently denied any SAS had been deployed in a combat capability.

But he did not outright deny their presence in Iraq.

Later that day, government sources confirmed to Stuff the SAS were in Iraq, and were involved in forward planning to take Raqqa. 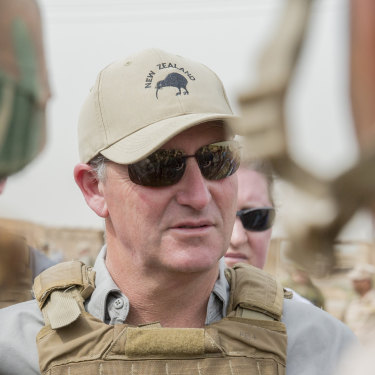 The reason offered for their presence was to look after Akavi’s interests. There were fears that she could be collateral damage during any air or ground assaults.

By early 2017 it became clear things had moved on and serious talks were underway about a rescue mission.

“We are actively engaging…with those who are on the ground there because they have information. They have the ability to engage if we get to that point,” a source said.

It subsequently emerged that for two weeks in January 2017, government ministers were being briefed daily on a possible rescue mission.

It was believed Akavi’s location had been pinpointed to a house about 500 metres from the Tabqa Dam where IS had moved its stronghold after the fall of Raqqa.

“There was a house they were convinced she was in,” a source said.

“They started to have discussions about extraction. We sent in extra SAS soldiers to be quietly around.”

The SAS had earlier sent soldiers to Fort Bragg to train alongside US forces to support any rescue mission.

But the SAS themselves were never intended to be part of the main rescue mission. That would need to be done by US Navy SEALs.

A small circle of senior officials and ministers was poised to make a call on whether to put a request to the US.

That request was never made and it is unclear why – though according to one source IS retreated before it could happen.

But it is clear from talking to those in the loop that the knowledge of potential US casualties weighed heavily on them.

In the months following, a rescue mission was still on the table. Intelligence suggested Akavi was still alive, being moved around with IS forces in Deir ez-Zor’s Euphrates River valley.

While the nature of that intelligence was never confirmed to Stuff, those spoken to seemed to have “a high degree of confidence” in its veracity.

In February 2019, it seemed that confidence was well founded.

Overseas media reports suggested that three hostages – including a New Zealand Red Cross nurse – were being used as bargaining chips to secure safe passage for IS fighters.

Those reports seem to have coincided with a positive sighting in December, confirmed by both our government and the ICRC.

The ICRC said those sightings put Akavi close to the Syrian-Iraqi border near the Euphrates River, “the last concrete information we have on her whereabouts”. 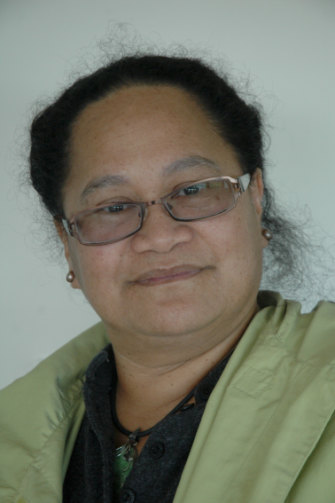 The New Zealand nurse is still missing weeks after the fall of the last IS stronghold in Baghouz.

Earlier sightings had put her in places like Al Susah and Al-Bukamal (a.k.a. Abu Kamal), not far from Baghouz.

“We spoke with people in [displaced persons] camps in Iraq who had been treated by Louisa in Syria,” Stillhart said.

“This was incredible information to receive, apparent confirmation of her location, that she was still alive and that she was still doing what she is trained to do and has long done: providing medical care in a conflict zone.” But after Baghouz fell in March that hope started to fade. Searches of the tunnels and caves surrounding the small village revealed no trace of Akavi. By mid-April, government ministers were told Akavi’s status was now “under review” – intelligence agencies no longer had certainty she was still alive.

Akavi is no stranger to terror or violence.

In 1996, the Otaki woman was spared when 15 masked men broke into a Red Cross hospital in war-torn Chechnya and shot six nurses as they slept. Fellow Wellington nurse Sheryl Thayer was killed in the attack. Akavi also survived an attack on a hospital in Somalia.

She earned the Florence Nightingale Medal, the highest Red Cross honour, awarded to nurses who demonstrate exceptional courage and devotion to victims of armed conflict or natural disaster.

Akavi was born in Rarotonga in 1956 into a family of 13 children. She calls Otaki her home between Red Cross missions.

Her large extended family live in the Wellington region but have previously declined Stuff requests to talk about Louisa.

Akavi’s mother died never knowing of her daughter’s captivity; as she was elderly and frail when Akavi was taken, the family chose not to tell her.

The Ministry of Foreign Affairs and the Defence Force have kept in close contact with the family but until recently they had refused all contract with government ministers. 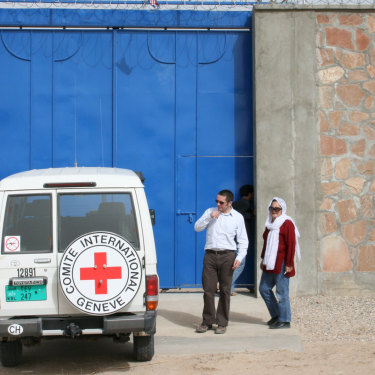 Louisa Akavi was seconded from the New Zealand Red Cross in 2013 to work for the International Committee of the Red Cross in Syria.

A nurse and midwife, Akavi earned qualifications in accident and emergency nursing, operating theatre nursing, and nursing for emergency and disaster situations.

She joined the Red Cross in the mid-1990s, working in hot spots including Somalia, Bosnia Herzegovina, Chechnya, Sri Lanka, Ethiopia, Iraq, Afghanistan and the Solomon Islands.

In September 2013, Akavi was seconded from the New Zealand Red Cross to work for the International Committee of the Red Cross in Syria, her 17th mission.

She was deployed on a six-month mission working as a health delegate based in Damascus, a role that included travelling to different areas to provide medical supplies and equipment to hospitals and field clinics. It was during one of these runs that she was taken.

In a 2010 interview, Akavi described her work in Somalia as a field nurse “surrounded by people with guns and anti-aircraft weapons”.

She also talked about her vivid memories from the Bosnian war.

“It’s winter, it’s snowing, it’s cold. And I see on the road a child’s doll and then I see some shoes and then I see all these families, women and children with their heads covered and vests, probably the thickest vests they own, wearing boots and no gloves. Their hands are bare, carrying everything they own.”

She also worked with women in Afghanistan, and in the Iraqi capital of Baghdad helped restock hospitals with medical supplies while living under a curfew and the threat of bombing.

She admitted that seeing so much violence in her life was “hard”. But she stuck with it because it was something “I do well”.

“I know that I can make a difference, a small difference.”

LSU reinstates Will Wade from suspension for alleged recruiting wrongdoing