The fight to save Hong Kong’s past from its future

In July, the Hong Kong government jailed the protesters; in October, they sacked the teachers. Now they are coming for the museum.

In a small corner of Hong Kong's cultural district, a battle is being waged over the city's past. The rundown, confused and often forgotten Hong Kong Museum of History has become its own case study: how does a city tell the story of its past when it wrestles daily with its future.

At stake is a clash of historical narratives. The story Hong Kong has been telling about itself – an independent city state that had outgrown its British colonial past – is now being drowned out by the Chinese Communist Party's attempts to make the harbour city a mirror for the mainland. 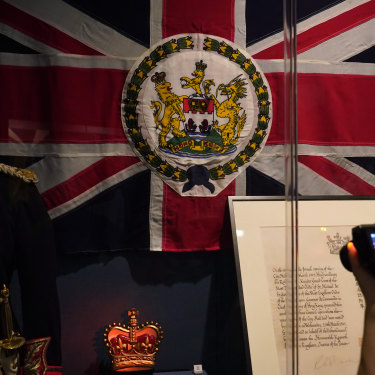 The standard and uniform of the former British Governors of Hong Kong displayed at The Hong Kong Story exhibition. Credit:AP

The portraits of the governors appointed during Britain's 156-year rule hang in a dark corner, behind the outer space exhibit and the natural history diorama. They sit next to a suburban cricket club-style honour board of colonial legislative council members.

Into these rooms thousands of Hongkongers piled in October, smartphones at the ready, their cameras flashes reflecting off the glass shielding the display. After nearly two decades and 4000 exhibits, the Hong Kong Story exhibition is closing. When it reopens after two years, the exhibition and the city it resides in will be unrecognisable.

"In all the years I have been in there I hardly ever saw anyone looking at the governors," says John Carroll, a professor of history and museology specialist at the University of Hong Kong. 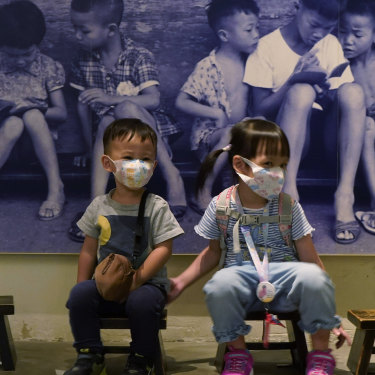 Hong Kong kids visit the exhibition on one of its last days in October. Credit:AP

Hong Kong's government is rewriting the city's historical identity after Beijing enforced new national security laws in June that will punish dissent with sentences of up to life in prison.

Textbooks are being rewritten to delete references to pro-democracy political organisations and emphasise connections to the Chinese mainland. Beethoven's Ode to Joy has been banned from music teaching materials. It was played over loud speakers by protesters at Tiananmen to drown out government broadcasts.

More than 200 teachers have been reported for their connections to the pro-democracy movement. Others have been suspended for misleading students in their teaching of history and liberal studies.

A “secret protection education” syllabus will also enter high schools. If it sounds like spycraft, it's not. It's the combination of ideological, political and moral education that will bind the perspective of Hong Kong's students closer to the mainland for generations to come.

In her annual address to a half-empty to Hong Kong's legislature on Wednesday, Chief Executive Carrie Lam said a new public education campaign on national security and "law abiding awareness" would be rolled out. Opposition MPs have already been disqualified for not being patriotic enough. 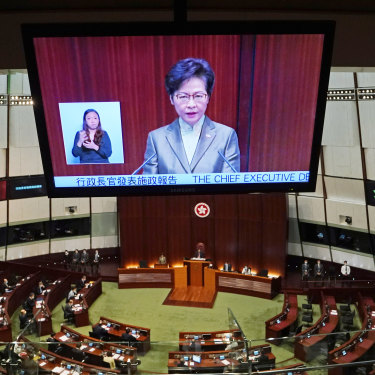 "Even in religious studies, the contents have been changed," says one Hong Kong high school teacher who asked not to be identified because curriculum changes are politically sensitive in Hong Kong. Spirituality, long tolerated but not encouraged by the Chinese Communist Party, has recently taken on a more nationalistic tone.

"Why does God love me? Because I am Chinese," she explains.

In the dark exhibition spaces of the Hong Kong Story, the crowds gathered between displays stretching from British colonial oppression before, during and after the opium wars, to Hong Kong's rise as a global financial centre. Prince Charles stands on stage with Chinese President Jiang Zemin in 1997. The two shake hands, setting off a course of events that 23 years later would lead Britain to declare China had breached the Sino-British Joint declaration celebrated on that stage. 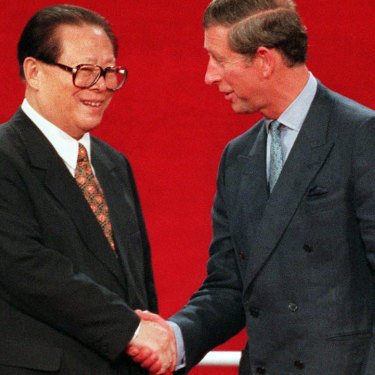 "The fact is museums always rewrite history," says Carroll. "They are never neutral spaces. Every time you choose a story to tell, you are making an argument that that story is the important one."

The crowds, he says, are not nostalgic for colonial Hong Kong "but for the Hong Kong that is not Hong Kong today".

Going to the museum has become a form of protest.

Peter, who asked only to be identified by his first name because history is now a politically sensitive topic in Hong Kong, say recent history is most likely to be revised. From the Tiananmen Square massacre (which is still memorialised in Hong Kong through a vigil) to the millions of Hongkongers demonstrating against Beijing's rising influence from 2003 to 2019. 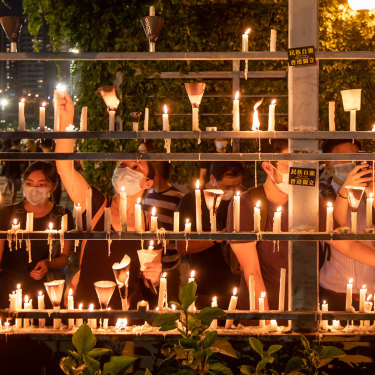 Candles are lit on June 4, 2020, in Hong Kong to commemorate the 31st anniversary of the Tiananmen Square crackdown.Credit:Bloomberg

"Textbooks are being censored, things are not being said freely," says Peter.

"Those were episodes of our collective memory. The history museum, the textbooks and the curriculum will not want to record these things in their future mentions of the 1900s and the 2000s."

The high school teacher says: "I have no crystal ball but we can imagine after five or 10 years students may not know the truth."

Every time you choose a story to tell, you are making an argument that that story is the important one.

Peter wrote a university thesis on the nearby Hong Kong Heritage Museum 20 years ago.

He says even then, administrators were trying to portray an official version of history that was acceptable to the Hong Kong government. The same government is now led in all but name by Beijing. Hong Kong's museums are run by civil servants, putting them directly under the control of official authorities.

"This is exactly the kind of brainwashing techniques that the regime, the government want to use, it is exactly the power that [French philosopher] Michel Foucault talks about," says Peter. "Who has the power to portray a version of history to us?" 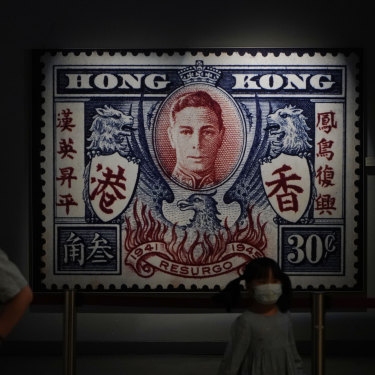 A poster of a British Hong Kong postal stamp featuring the picture of King George VI, is displayed at the Hong Kong Story exhibition. Credit:AP

Margaret Wong, a senior information officer at the Hong Kong government's Leisure and Cultural Services Department, which manages the Hong Kong Museum of History, said the museum started to plan a major revamp of its permanent exhibition back in 2015.

She said an expert advisory panel would guide the contents of the new exhibition, which is expected to extend its timeline beyond the handover in 1997.

"The former will bring visitors through a historical journey from the prehistoric period to the 21st century while the latter will explore the different aspects of Hong Kong history in greater depth under selected themes which will be renewed on a regular basis," she said.

Wong did not respond to questions about whether some topics would be censored by the government.

Peter has little faith in curators, but plenty in families.

"I think Hong Kong people have a really resolute spirit," he says.

"The textbooks and museums may not mention the pro-democracy movement. But I do think that people can learn what actually happened from their peers, from their parents and from teachers who still hold these memories very dearly in their hearts."