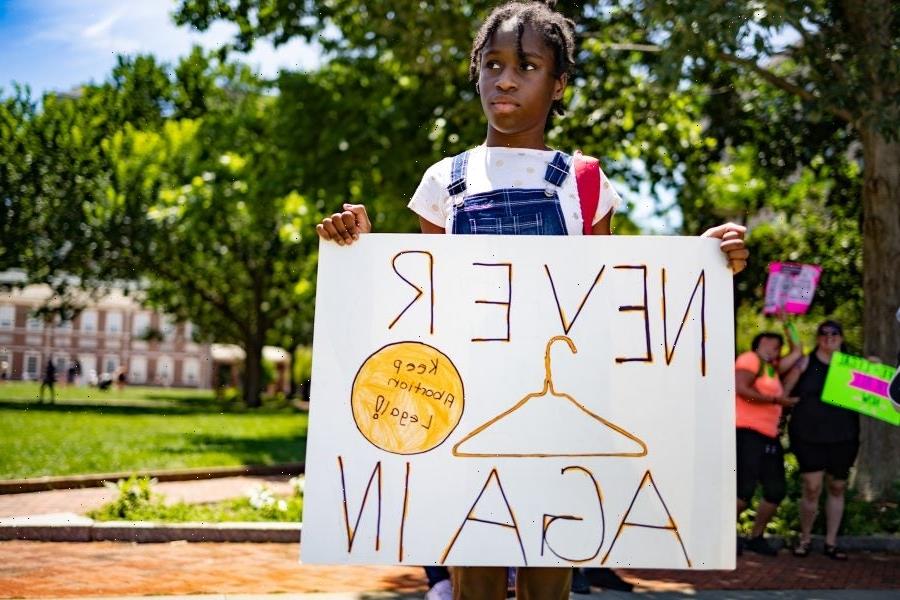 Sorority and fraternity members of the National Pan-Hellenic Council, Inc., commonly known as the Divine 9, have come together in an effort to protect the lives of Black women following the historic overturning of Roe V. Wade by The Supreme Court. The repeal of the law, which was in place for nearly half a century, ended the constitutional right to an abortion.

The coalition of Black Greek Letter Organizations (BGLO) recently launched the “Tell Somebody” public service campaign. The initiative emphasizes the disproportionate impact of the Supreme Court’s decision on Black women. It also calls on the community to engage elected officials to re-establish the right to abortion.

“Overturning Roe v. Wade will not end abortion. It will only end safe abortions and access to healthcare for millions of women—particularly poor women of color—and fuel a full-fledged public health crisis in this country,” Phi Beta Sigma Fraternity President Chris V. Rey, J.D., said in a statement.

“We’re calling on the 2.5 million members of the Divine Nine to contact lawmakers to mitigate the impact of this egregious blow to the well-being of 10 million Black women of childbearing age,” Rey added.

“Creating medically unnecessary barriers to abortion only makes it harder for people to get the health care they need and deeply affects communities that already face challenges within the health care system—communities like ours,” said McGill Johnson. “Despite the darkness, we are living through, we must remember that we have the power to make a difference,” she said.

With “Tell Somebody,” The Divine 9 aims to empower people to help counteract the negative impacts of the repeal. As a part of the campaign, the organization released a video narrated by actress Jenifer Lewis, which detailed some of the difficult circumstances that often lead Black women to seek abortions.

According to the organization’s public service announcement, nearly half of Black women in the United States face sexual coercion. One in every four will experience sexual abuse by the age of 18. And 35 percent will experience some form of sexual violence during their lifetime. Black women are also three times more likely than white women to die from pregnancy-related complications. Following the repeal, the mortality rate among Black mothers is expected to increase by 33 percent.

Constance Wu tears up explaining why she came forward about sexual harassment: 'Bad feelings and abuse don't just go away'

What is Champions League music, what are the lyrics to it and why do they play it before each match? | The Sun
World News