Home » World News » The Black Mothers Who Emancipated Me

The Black Mothers Who Emancipated Me

When I first met Irene a few weeks ago, I was surprised. She didn’t match the image I had created of her in my head.

Irene had invited me to her pop-up store, where she works seven days a week selling clothing and earrings. When I got there, I saw her standing in the middle of a bustling, successful business. As I took in her warm personality and powerful presence, I thought: none of the people in here probably have a clue that Irene was incarcerated for 14 years.

Irene is one of seven Black women I interviewed for the #FreeBlackWomxn campaign, a joint effort by Michigan Liberation and the Advancement Project National Office to lift up the stories of formerly incarcerated Black mothers in Michigan. I originally conceived of this visual storytelling campaign as a way to raise money for the Michigan Black Mamas Bailout and advance our organizations’ efforts to end cash bail, but I didn’t anticipate how working with these incredible women would help to emancipate me.

Eighty percent of women in jail are mothers. It’s estimated that 2.7 million children have a parent who is currently incarcerated. Many of these parents are only being held behind bars because they can’t afford to pay their bail, an arbitrary price set on their freedom. The criminal legal system is fueling an ongoing and unconscionable family separation crisis—inflicting trauma and instability on kids across Michigan and America simply because their parents can’t afford to buy their freedom.

Even if you can pay bail, incarceration follows you like a shadow. It hinders your ability to get a job, open a bank account, or qualify for student loans.

Millions of mothers in this country have experienced incarceration. So why did meeting Irene surprise me so much? I realized later that it was because Irene clashed with my idea of what a formerly incarcerated person should be: she was beautiful, she had her hair done, she was running this amazing, successful business.

Irene was not ashamed at all—and why should she be? She is living her life; she is not defined by her time in the criminal legal system. But that’s what the system is designed to do. It targets Black, Brown, and poor people, pulling us into a cycle of incarceration and impoverishment that can determine the trajectory of our lives.

Cash bail is a central tool in this process. It criminalizes poverty, keeping people in chains and cages simply because they can’t afford to pay for their freedom. Even if you can pay bail, incarceration follows you like a shadow. It hinders your ability go get a job, open a bank account, or qualify for student loans. And the social stigma crops up in every little part of your life. Friends and family become distant, dates turn sour when you bring up your arrest. 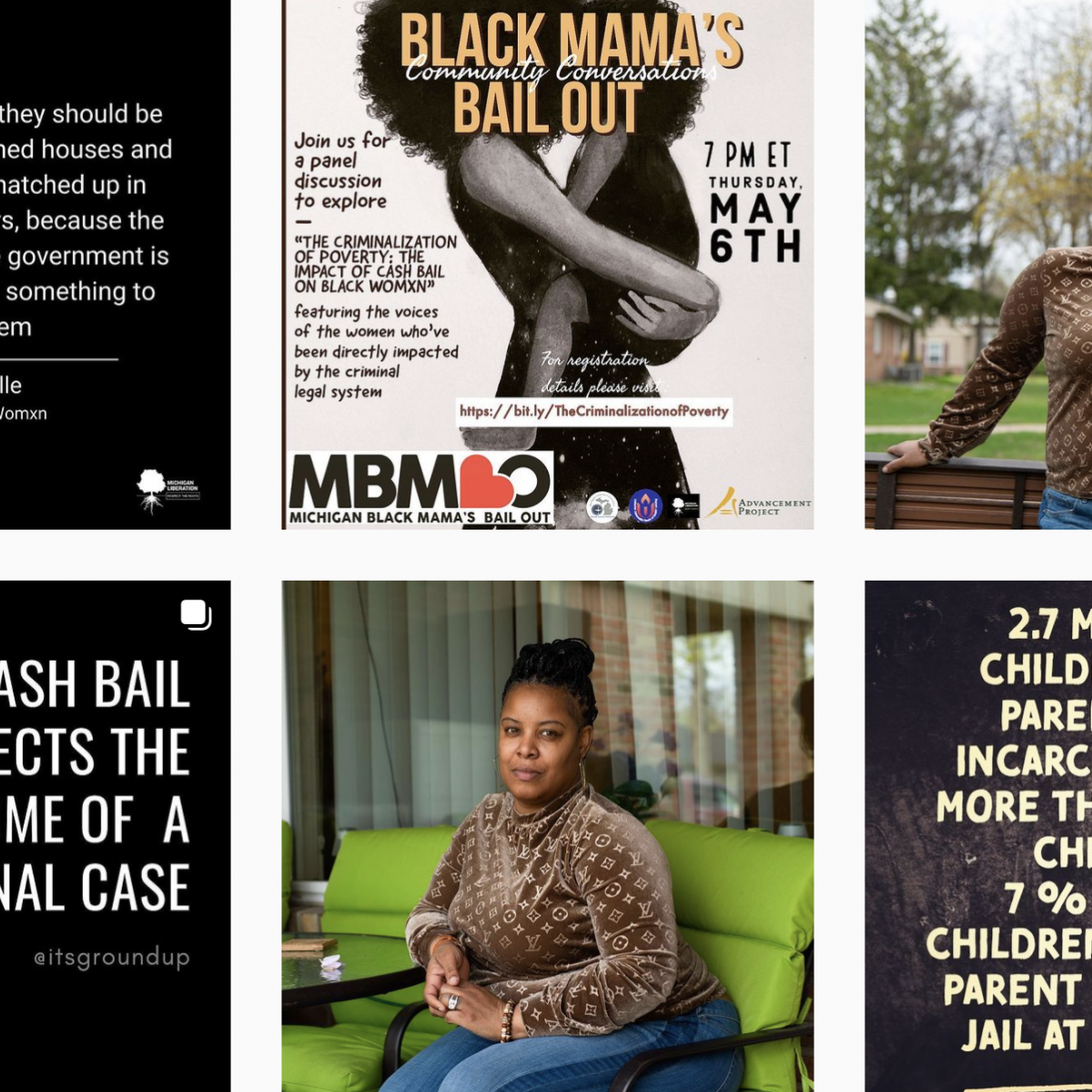 When I met Irene, I think I expected to see these burdens weighing on her. Instead, she exuded strength, presence, and confidence. Irene wasn’t ashamed: I was. I was arrested last year during a traffic stop, and I’ve been carrying the shame of that experience around with me every day. But as these seven women shared their stories with me, I began to see how I did not have to wear my incarceration like a Scarlet Letter.

When I was arrested, my own mother met my fear and shame with love and understanding, helping me navigate my way to freedom past an initial bail of $10,000. I remember walking out of jail with my head down; I was mortified to have my mother see me like this. But she came over and hugged me, she made me feel safe. A few weeks later, my mother connected me to Michigan Liberation—a racial justice nonprofit where I now work full-time to help emancipate people caught in the criminal legal system. I am forever grateful to my mother for this love and support, without whom I would not be free and empowered to win freedom for all people.

The seven women featured in the #FreeBlackWomxn campaign inspire me every day. They went through a system designed to strip them of their humanity, and when they got out, they overcame incredible barriers to re-entry and managed to reclaim their identities —as mothers, as friends, as writers, actors, and business owners. Seeing these women living full lives—witnessing what their presence meant to their friends, families, and communities—gave me the courage to release my shame, to recognize my incarceration as a thing about my past, not a part of me.

This past Mother’s Day, I’m grateful for all of my Black mothers—not just my mom, but all the women, femmes, and gender non-conforming people who have brought strength, compassion, wisdom and grace to my life: the den mother in jail who did my hair before I went to court; the mother I met inside who was locked up for stealing formula to feed her baby; and the mothers like Irene who have guided me through the traumas and barriers of re-entry. These women taught me to value myself, to value my freedom, to define myself not by my former incarceration, but by what I am fighting for today. These women freed me.

Angela Davenport is the Digital Media Manager for Michigan Liberation, a statewide network that is organizing to end the criminalization of Black families and communities of color in Michigan. Angela lives in the Metro Detroit area.