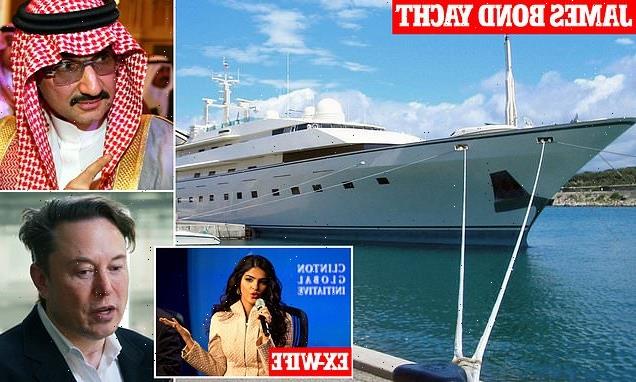 The billionaire prince who is trying to block Elon Musk from buying Twitter: Alwaleed bin Talal is a US-educated Saudi royal who lives in 317-room palace and owns yacht featured in James Bond… but was thrown in jail by Crown Prince cousin MBS in 2017

Prince Alwaleed bin Talal appears to be the man who will decide whether Elon Musk can seize control of Twitter.

The Saudi Arabian royal, who is a major shareholder in the tech giant, rejected the $41 billion offer floated by the Tesla billionaire today.

But the 67-year-old hinted he would be open to idea if the business magnate can stump up more funds.

Despite finding himself at the center of the fight over one of the world’s most-used social media websites, Prince Alwaleed has not always had it easy.

He nearly lost everything when his cousin Crown Prince Mohammed bin Salman had him arrested and grabbed $2 billion worth of his assets in the Middle East in 2017.

But few will feel sorry for the U.S.-educated royal, who owns three palaces and a yacht that was featured in James Bond – and was once worth $39.8 billion. 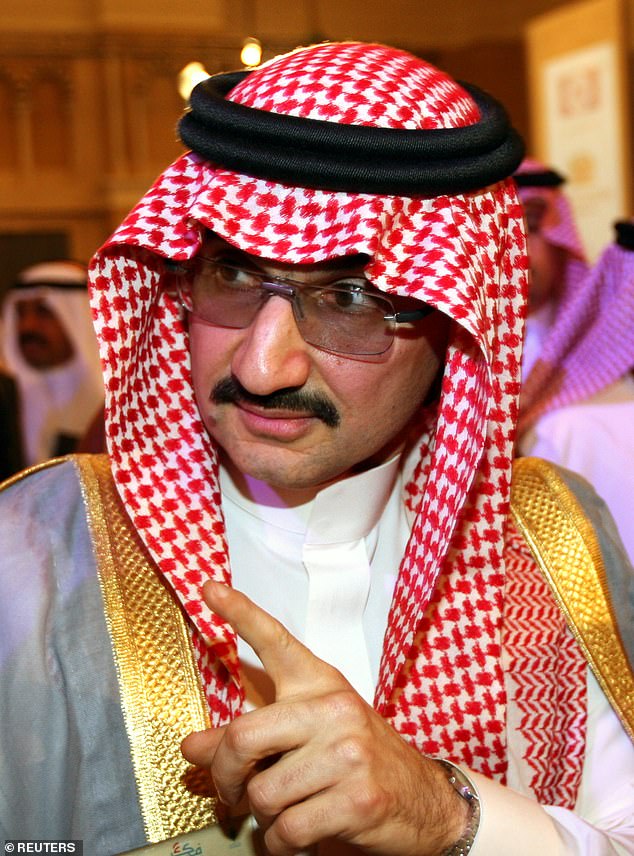 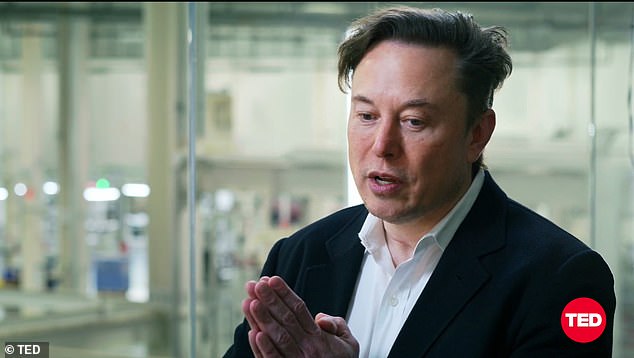 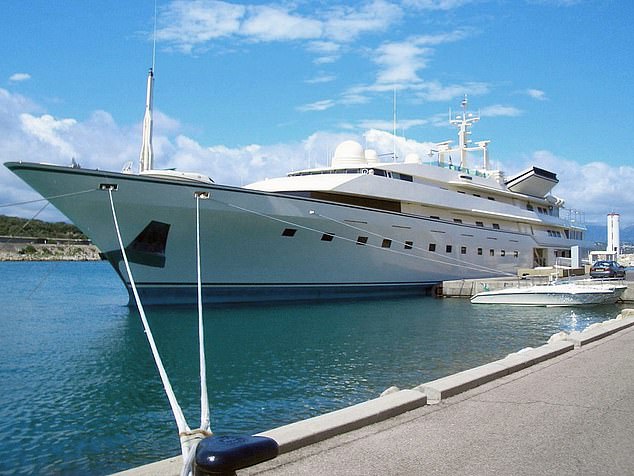 Few will feel sorry for the US-educated royal, who owns three palaces, a yacht that featured in James Bond (pictured) and was once worth $39.8billion 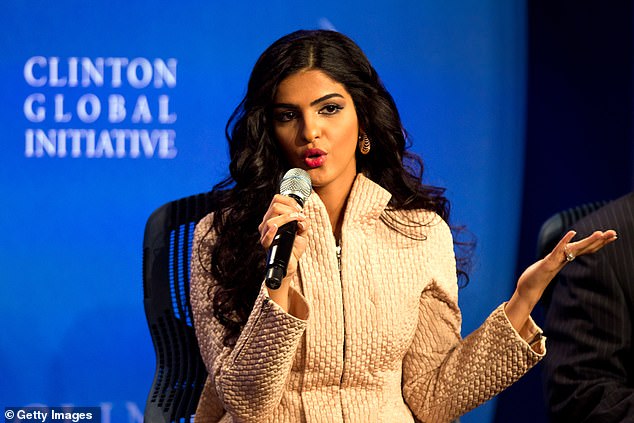 He was also married to the glamorous Princess Ameerah (pictured) for eight years, but they divorced in 2013

Prince Alwaleed weighed into the Twitter ownership row on Thursday as he sought to up 50-year-old Musk’s offer of $41 billion.

He tweeted: ‘I don’t believe that the proposed offer by @elonmusk ($54.20) comes close to the intrinsic value of @Twitter given its growth prospects.

‘Being one of the largest & long-term shareholders of Twitter, @Kingdom_KHC & I reject this offer.’ KHC is the holding company bin Talal operates.

He also shared a grab of a tweet from 2015, in which he said Kingdom KHC had upped its stake in Twitter to 5.7 percent. It is unclear how much of the firm owns.

But at one point, it looked unlikely the prince would ever be in such a position of power again.

He was one of the richest men in the Middle East but suffered after a bitter fallout with his cousin MBS and nearly lost everything.

The royal was arrested and the crown prince seized $2 billion worth of his assets that were held in Saudi Arabia. He also tried to snatch his foreign assets.

DailyMail.com revealed that the Trump administration allegedly made a deal with MBS, allowing him to seize his US assets as long as the assets remained inside the US.

He was reportedly targeted as part of a major crackdown on corruption in the country. 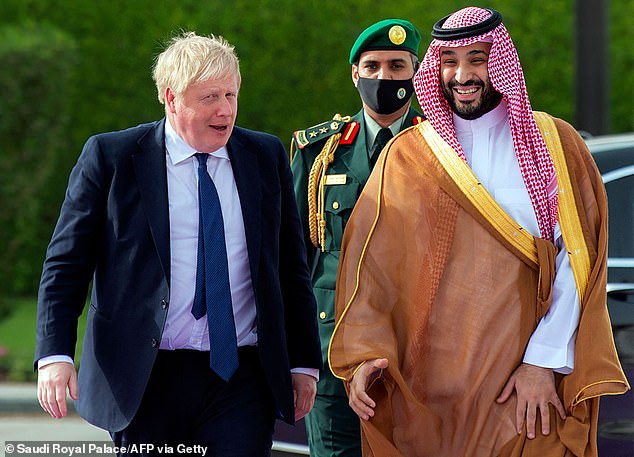 But the prince was released in January 2018 after he made an undisclosed financial settlement with the Saudi government after two months held captive.

He had been held with dozens of other billionaires in the luxury Ritz-Carlton hotel in Riyadh until he was released.

It is still not clear what he had to pay to be released, but officials had previously ordered him to pay at least $6 billion.

Prince Alwaleed in 2008 was judged by Time to be one of the top 100 most influential people in the world.

His wealth is concentrated in his 95 percent stake in Kingdom Holding Company, which invests in other firms.

He owns shares in Twitter, Lyft, Citigroup and top hotels including the George V in Paris and the Plaza in New York.

The billionaire has lived a life of untold riches, with him reportedly once owning a 435-room palace and being worth $39.8 billion, according to Forbes in 2017. 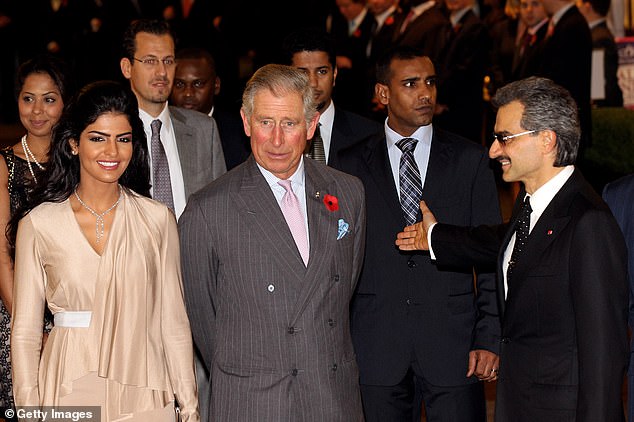 But his parents split up when he was seven and he stayed with his mother in Lebanon while his father was in exile.

He studied at Pinewood College in Beirut before being sent to King Abdulaziz Military Academy in Riyadh.

By 1979 he had moved to the US to study business administration at Menlo College in California, which he finished in two and a half years and left with a degree.

He stayed in the US and went on to get a master’s degree from the Maxwell School of Citizenship and Public Affairs at Syracuse University in 1985.

After university he returned to the Middle East, where he bought a number of banks and quickly built up his fortune.

He continued to expand his business ventures abroad – and in 1997 he was largest shareholder in Apple with a 5 per cent stake.

Other notable companies he invested in include Planet Hollywood (a 16 per cent stake in 1998), Coca Cola and Ford.

Elsewhere he also made a name for himself by donating $10million to the then NYC Mayor Rudy Giuliani in the wake of the 9/11 terror attacks.

He said at the time: ‘At times like this, we must address some of the issues that led to such a criminal attack.

‘I believe the government of the United States of America should re-examine its policies in the Middle East and adopt a more balanced stance toward the Palestinian cause.’ 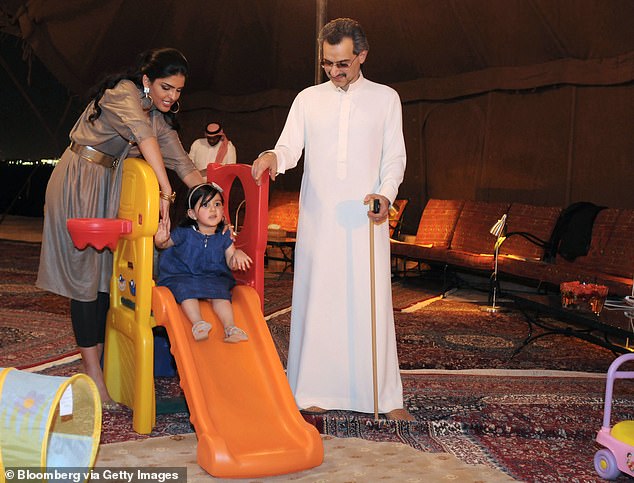 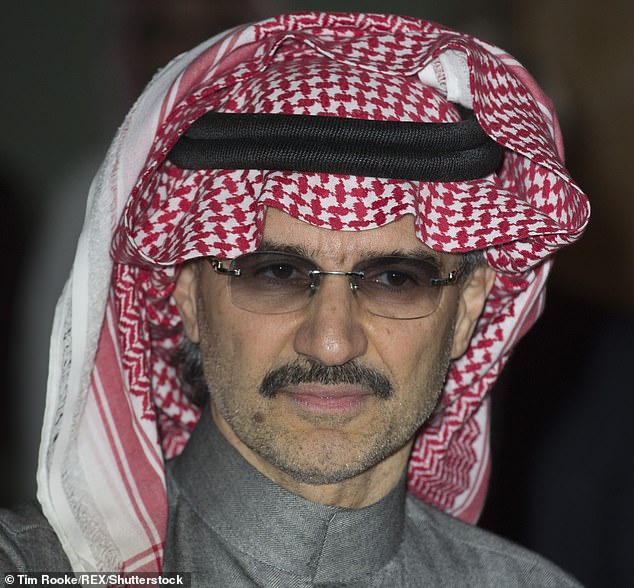 Alwaleed bin Tahal, pictured, previously boasted of raising his investment group’s stake in the firm to 5.7 per cent in 2015

Prince Alwaleed owns one of the biggest yachts in the world, the 282 ft Kingdom 5KR.

It featured with a previous owner as the boat for the villain in the James Bond film Never Say Never Again and was later owned by Donald Trump.

He has three sprawling palaces, with his main residence in central Riyadh, with one of the homes still being built.

The royal has been married at least four times, starting when he was just 19 to his cousin Dalal bint Saud, with whom he has two children.

He was also married to the glamorous Princess Ameerah for eight years, but they divorced in 2013.

Prince Alwaleed has pitted himself as the man between Musk and his hostile takeover of Twitter. 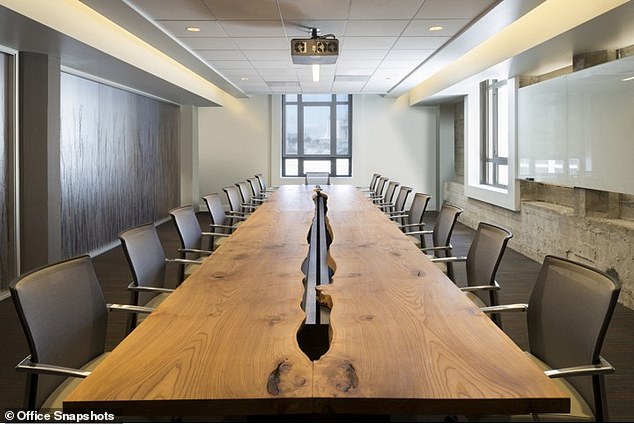 The Twitter board will meet on Thursday at 1pm ET to consider Musk’s bid to take the company private, and the company will hold an all-hands meeting to update staffers at 5pm. A conference room in Twitter headquarters is seen above 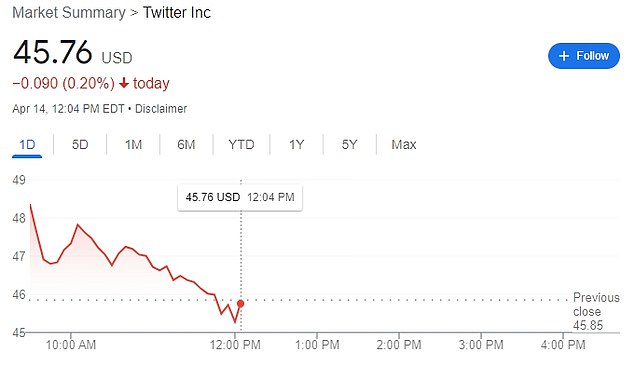 Shares of Twitter slumped in midday trading, dropping below Wednesday’s closing price to $45.76 — well below Musk’s offer price, signaling that investors remain skeptical that his takeover bid will succeed

The Tesla founder said he is pursuing it for the ‘future of civilization,’ saying that he has a ‘Plan B’ if his initial $41 billion offer fails.

He said at the TED2022 Conference in Vancouver today: ‘This is not about the economics.

‘My strong intuitive sense is having a public platform that is maximally trusted and broadly inclusive is important to the future of civilization.

‘The civilizational risk is decreased the more we can increase the trust of Twitter as a public platform.’

Asked whether there is a ‘Plan B’ if the Twitter board rejects his bid, Musk responded ‘there is’, but declined to offer further details.

Twitter’s board of directors will meet to discuss Musk’s bid, with the company saying it will ‘carefully review the proposal’.