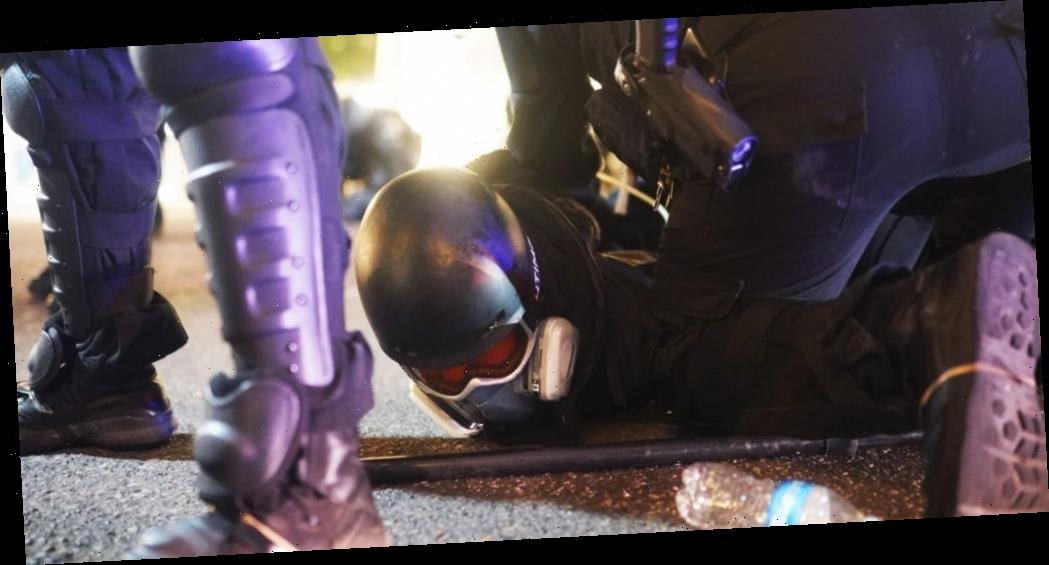 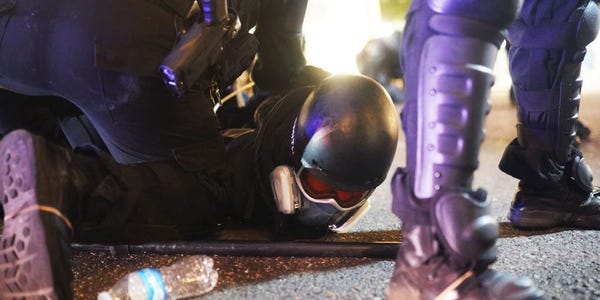 The American Civil Liberties Union filed a lawsuit on Wednesday that alleges federal agents used excessive force and illegal detentions after they were deployed by President Donald Trump's administration to protect a federal courthouse in Portland, Oregon.

The plaintiffs in the suit include three military veterans and other protestors who asserted that the federal officers in Portland used overly aggressive tactics that denied demonstrators their freedom of speech and assembly.

Protests against police brutality took place for at least 90 days in Portland after the death of George Floyd on May 25. In July, federal law-enforcement agents were deployed in Portland to deal with the protests. Videos and images of the protests showed federal agents using military tactics and putting protestors into unmarked vans.

The lawsuit, which is the third filed by ACLU in Portland, alleges that federal law-enforcement agents "heavily armed and clad in military-type camouflage or dark uniforms," violated protesters' First, Fourth, and Fifth Amendment rights with their use of excessive force and illegal detentions of protestors.

"Our clients are individuals and organizations that gathered peacefully in downtown Portland to support Black Lives Matter after the killing of George Floyd and so many others at the hands of the police," ACLU attorney Jeremy Sacks said in a statement on the suit to the Associated Press. "But they were met by violence from the federal police forces intent on squelching the protesters message and their Constitutional rights — all in aid of the president's political agenda."

Several of the plaintiffs claimed that they incurred physical injuries from police actions, including getting hit by tear gas cans, pepper spray, rubber bullets, and other chemicals, the lawsuit said. One man alleged that he was snatched off the streets by unidentified federal agents while protesting.

"I still haven't fully come to terms with what it means that I was kidnapped by my government," Mark Pettibone, a 29-year-old demonstrator involved in the Portland protests, said in a statement reported by the AP. "People need to know what happened to me and the government needs to be held accountable so that what happened to me doesn't happen to someone else."

In the lawsuit, the ACLU also alleges that Chad Wolf, the acting director of the US Department of Homeland Security, did not have the authority to send more than 100 agents to Portland.

The Department of Homeland Security, Wolf, and President Trump were all reportedly named in the lawsuit. The DHS did not immediately respond to Insider's request for comment.