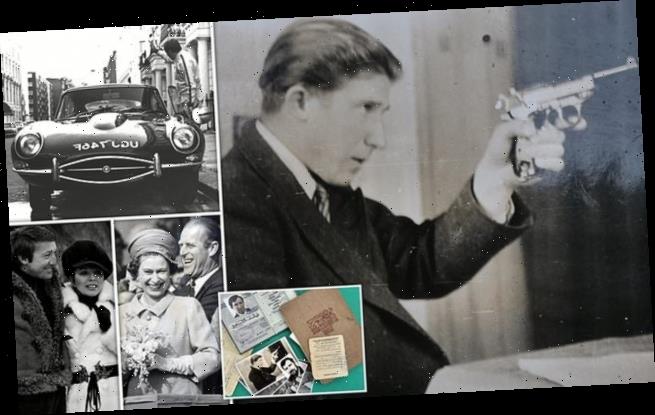 The 60s royal photographer who was working for the Communists

Spy who snapped me: The E-type Jag driving charmer and 60s royal photographer who was working for the Communists – but is his story all it seems?

With his cut-glass accent, E-type Jaguar, Chelsea flat and glamorous job photographing the royals, he had a perfect life in the Swinging Sixties. For the Communist regimes behind the Iron Curtain, his dashing image apparently also served as the perfect cover for a spy.

A cache of previously top-secret files uncovered by the Mail show how award-winning photographer Peter Elinskas was recruited by Czech intelligence officers at the height of the Cold War.

Codenamed Agent Charles – an apparent nod to the current heir to the throne – he used his job to supply inside information about royal security and other intelligence that could have been used for assassination plots or blackmail. 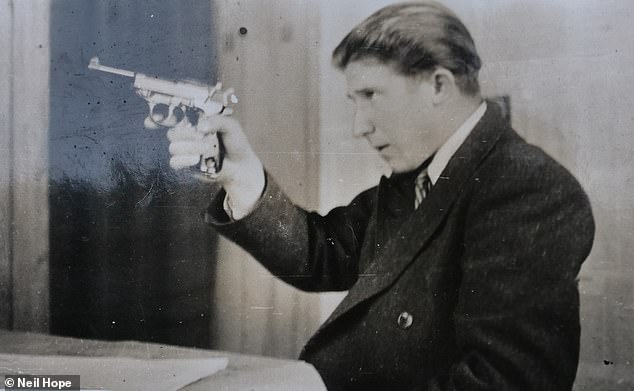 Collect picture of Peter Elinskas, a former Paris Match & Daily Mail photographer who was recruited by the Czech spy agencies during the 1970s Cold War 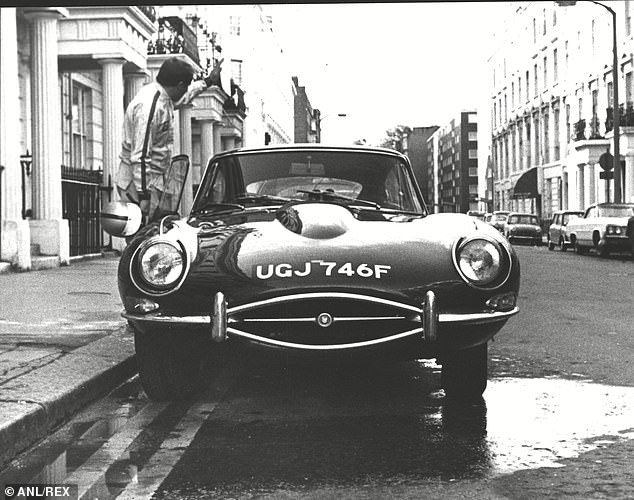 He lived in a flat off Sloane Street and roared around in an E-type Jaguar as he attended exclusive events for the rich and famous (Pictured, Elinskas with his E-type Jaguar) 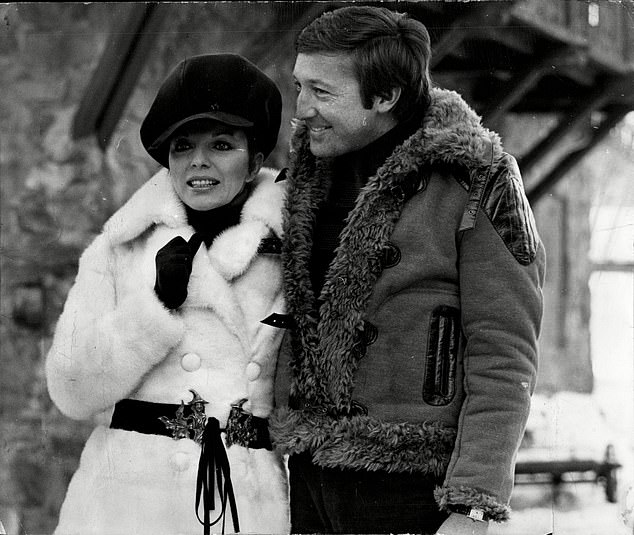 He gave detailed accounts of the movements of the Queen and Prince Philip, descriptions of how the monarch had appeared scared during an engagement and even the brand of champagne she preferred.

It is unclear why the Communists wanted the intelligence but his file refers to the possibility of an IRA attack on the Queen. His handler also had an IRA operative on his books at a time when the Czechs were helping arm Irish republicans.

The handler appears deeply impressed, even though his prize asset often seems to have been something of a low-grade James Bond – passing on details that were more public knowledge than significant private revelations.

Lithuanian-born Elinskas came to Britain after his family were killed in the Second Word War. After splitting from his first wife in Sheffield, he moved to London where, according to his daughter Alexandra, he had a ‘whale of a time’.

Despite his Eastern European heritage, he developed a ‘cut-glass British accent’ and adopted a lifestyle to suit. He lived in a flat off Sloane Street and roared around in an E-type Jaguar as he attended exclusive events for the rich and famous. He met his second wife, a Press Association journalist, while covering a party for Hollywood star Tony Curtis.

For a while, he was a Formula One photographer at Brands Hatch and contributed to Fleet Street newspapers including the Daily Mail, where he continued to cover the sport as well as major news stories.

But his main beat was the royals and images he shot include the Queen and Prince Philip launching the QE2, Princess Anne at the theatre and polo and a young Prince Andrew staring from a window of Buckingham Palace.

‘He would go out whenever anything big happened, attending all sorts of events,’ his daughter said.

He was also, it has now emerged, living an extraordinary double life.

After he started working for the French magazine Paris Match he was recruited by Czech intelligence officer Major Bohuslav Laska, codenamed ‘Dub’, who ran an espionage network from London’s Czechoslovakian Embassy under the cover of press attache. After meetings with Agent Charles, the major cabled reports about what he’d gleaned to spy chiefs in Prague, which have now been discovered in the Czech security services archives and declassified.

After one meeting in May 1971, Major Laska – perhaps rather easily impressed – noted: ‘He mentioned that there is tight security around the British Royal Family.

‘The Queen does not like to be photographed. Prince Philip doesn’t like photographers either. So photographers have to use various tricks to get close-up shots and overcome the security measures.’ In a later meeting at Agent Charles’s flat, Major Laska noted how the photographer showed off his equipment including high-powered lenses: ‘He says he can take photos of Prince Philip from his own window, seeing the prince getting out of his helicopter on the roof of Buckingham Palace.’

In further eyebrow-raising claims from another meeting, he described how he had used the equipment to watch the window on the second floor of Buckingham Palace ‘where the Queen was giving a reception to celebrate her birthday’. Major Laska reported: ‘At the time, there were rumours that IRA fighters were planning to assassinate her as she rode her horse into the Palace.’ In other notes, he wrote: ‘During a recent tour of the Castle Guards by the Queen on horseback, Elinskas used his photography equipment to get some interesting photos of the Queen.

‘He said the most interesting were photos in which she had an expression of fear on her face and that in others she had various grimaces.’

The photographer also told his handler ‘he had found out where the Queen got her champagne from, the best in the world and the most expensive on the British market (with a retail price of £4 per bottle, but less for the Queen, since she gets it duty free)’.

Perhaps the most astonishing detail was when he told how he and two Paris Match reporters bribed a worker at the Savoy hotel to allow him to install secret cameras in a room rented by Princess Margaret’s husband for ‘trysts with a young man’.

The dossier says: ‘The cameras were set to activate by motion sensors… They had rented an adjacent room. A camera to film in darkness was set up to take shots in case Snowdon drew the curtains.’ 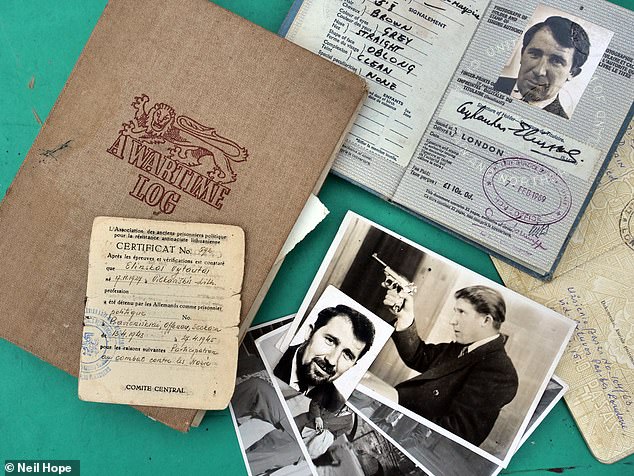 The weekend before he died he burnt documents including more than half the pages in an address book, telling his daughter it was so the ‘information within could not be found after he was gone’ 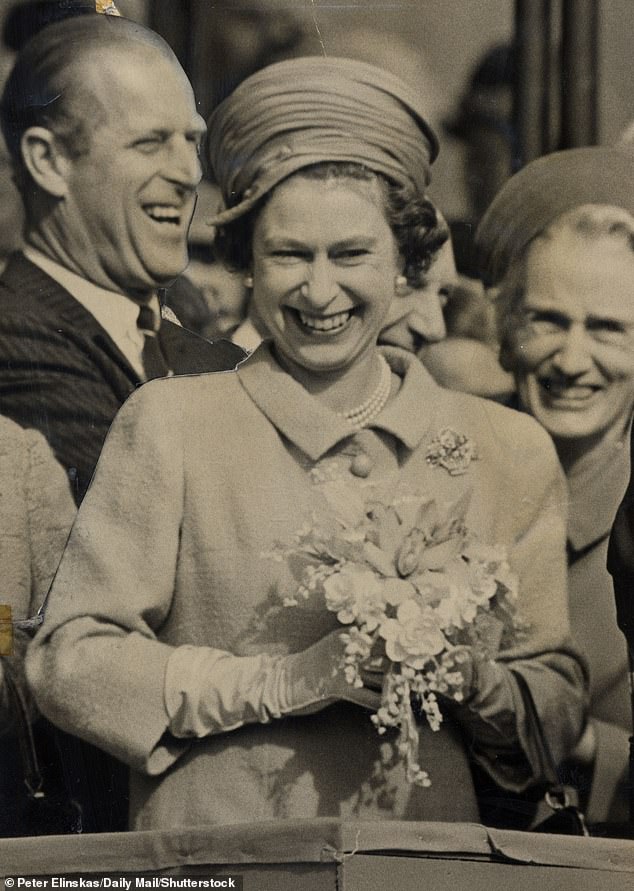 He gave detailed accounts of the movements of the Queen and Prince Philip, descriptions of how the monarch had appeared scared during an engagement and even the brand of champagne she preferred

But things went wrong when the worker’s manager found out about the bribe and Elinskas and the Paris Match correspondents were banned from the hotel. Elinskas also spied on Eastern European defectors who were broadcasting from London back to listeners behind the Iron Curtain.

In a startling career move, he eventually moved to Essex to work on a local newspaper and then to Herefordshire, where he ran a plant nursery.

Contacted by the Mail, his daughter said while it was a surprise to discover he had been working as a spy, it was not a complete shock.

‘Because I was a child, he was relatively open, saying “I don’t just do this for my job, I do something else as well – I work for a government”,’ Miss Elinskas added.

He also warned his daughter to always be ‘very careful’ as they could be under observation.

‘He taught me to shoot and defend myself as a young child. By nine I was a good shot with an air rifle and air pistol,’ she said.

His suicide in 1987 was mysterious, with electrocution recorded as the cause of death.

The weekend before he died he burnt documents including more than half the pages in an address book, telling his daughter it was so the ‘information within could not be found after he was gone’.

After he died, his body was not identified by family but by a member of the SAS not known to have any link to him. In a tragic and strange turn of events, the serviceman shot himself in January 2019.

There was also a suggestion, never proven, that Elinskas’s passport was used after his death. His daughter said: ‘The circumstances of his death were the biggest indication for me that he was a little more than he appeared.’