Home » World News » Temperatures plummet in the Okanagan, coldest in almost one year 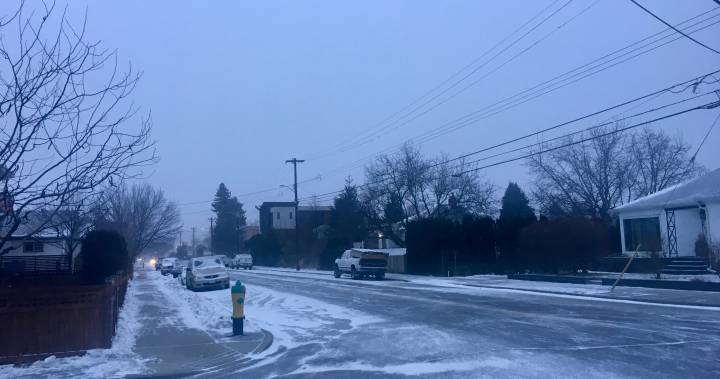 Temperatures plummet in the Okanagan, coldest in almost one year

Global Okanagan meteorologist Peter Quinlan said it is the coldest it has been in the Okanagan Valley in almost one year.

“It felt like -27 C with wind chill today in Kelowna, and -25 C in Penticton, which means skin can freeze in a matter of minutes if exposed to those type of wind chill values,” he said Monday.

Snow began to fall as the arctic air started rolling in on Sunday and the light snow continued to fall with a gusty northerly wind into the day on Monday.

While much of the B.C. Interior is under an extreme cold warning issued by Environment Canada, there are no warnings in effect for the Okanagan.

For those regions under the weather warning, Environment Canada said the cold temperatures and winds will combine to produce wind chill values near -40 C Monday morning.

Quinlan said the good news is that winds will start to ease heading into the work week and it will help to improve the wind chill factor.

Temperatures are slated to stay below freezing right into the middle of February.

How Many Times Has Tom Brady Won the Super Bowl?

What Was 'Young and the Restless' Star Kristoff St. John's Net Worth Before He Died?
World News