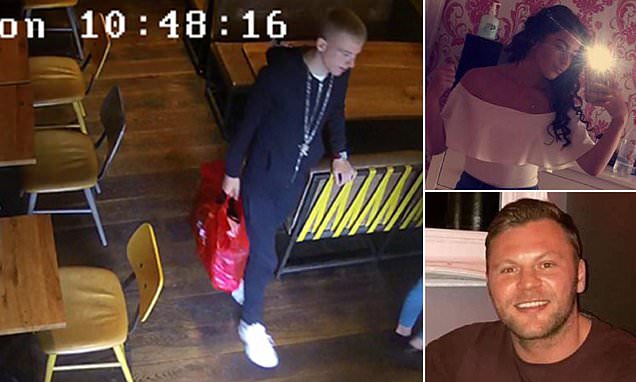 Teenager is seen smirking on CCTV after shooting dead electrician, 34, because he called him ‘Milkybar kid’ and said his female friend had a ‘nice bum’ as he is found guilty of murder

A teenage delinquent who shot an electrician dead because he said his female friend had a ‘nice bum’ is facing a life sentence.

Bradley Blundell, 18, shot John Pordage, 34, in the chest at a BP garage in Chelmsford, Essex, and was then smuggled to the continent in the boot of a car.

Woolwich Crown Court heard the shooting unfolded after Blundell, together 18-year-old Ella Colgate and two others, stopped to get petrol on August 5 last year. 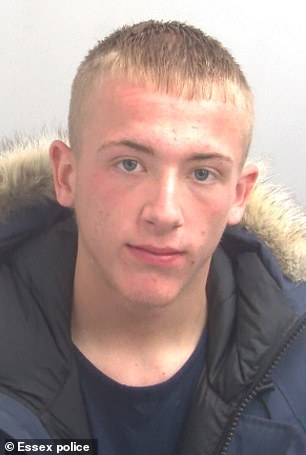 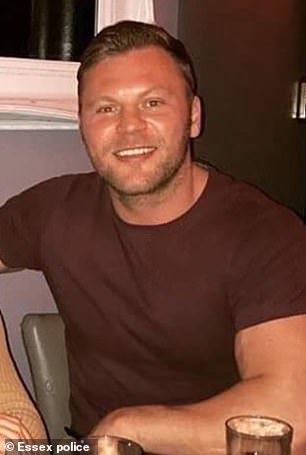 Bradley Blundell (left) shot John Pordage after a row at a petrol station. Mr Pordage (right) or one of his friends had reported said a teenage friend of Blundell had ‘a nice bum’ and compared him to ‘the Milky Bar Kid’ 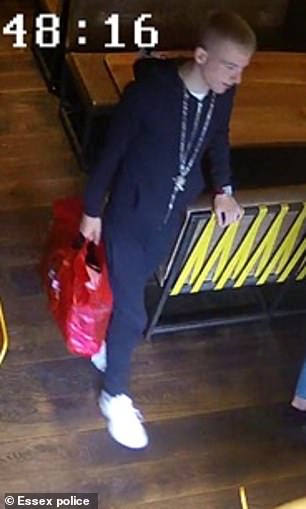 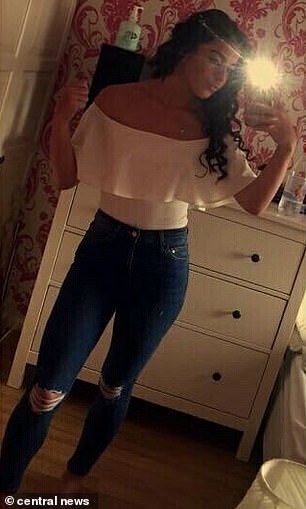 Blundell, seen on CCTV after he went on the run after the attack, was said to have reacted to comments about Ella Colgate (pictured, right)

While filing up a can, Colegate was approached by Mr Pordage and his friend Jamal Samuels.

Tracy Ayling QC, prosecuting, said one of the men shouted ‘nice bum’, as they went to buy cigarettes at the garage’s kiosk.

Blundell, who was described by the other men as looking like ‘the Milky Bar Kid’, pulled out a .32 calibre revolver and shot Mr Pordage in the chest.

‘The reason for the shooting appears to be nothing more than either Mr Pordage or a friend he was with, Jamal Samuels, remarking that Ella Colegate the driver of the car Mr Blundell was in, had a nice bum,’ said Ms Ayling.

Blundell, who was 17 at the time, was convicted of murder and conspiracy to pervert the course of justice today after a three-week trial.

Colgate, a care worker, denied conspiracy to pervert the course of justice by contacting a prosecution witness but was also convicted. 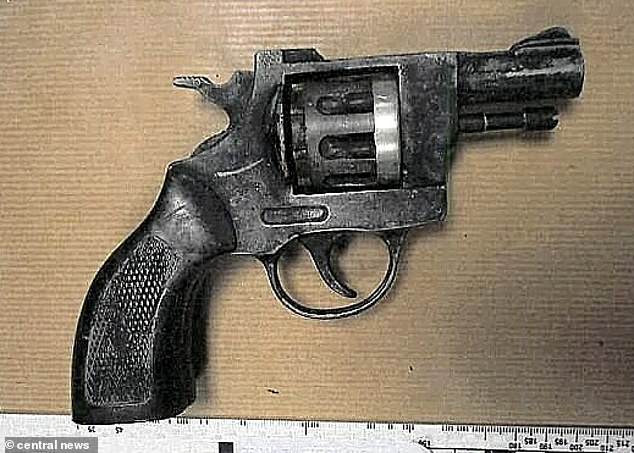 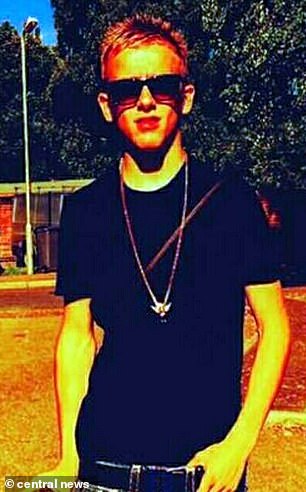 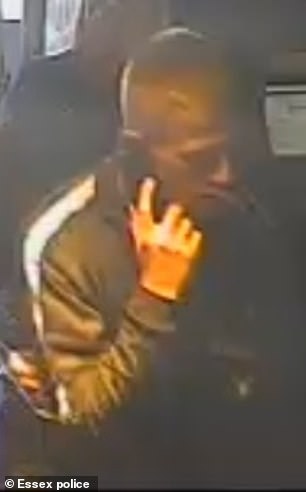 Someone in the public gallery shouted: ‘Justice’ as the verdicts were returned.

A teenage girl, who cannot be named, who was in the blue Ford Fiesta at the time of the shooting, was interviewed by police after the shooting.

She explained there was ‘banter’ from the men in Mr Pordage’s white van on the forecourt and that they were trying to ‘chat her and Ella up’.

She said one of the two men, either Mr Pordage or Mr Samuels, tapped on the window of the Fiesta and said: ‘You’re a bit quiet boys, do you want a Milky Bar?’

After the attack, Blundell made his way to Maldon where he burnt his clothes and was then smuggled out of the country in the boot of a car without a passport.

He travelled to France, Germany and Holland before handing himself in to police in Amsterdam on 31 March this year. 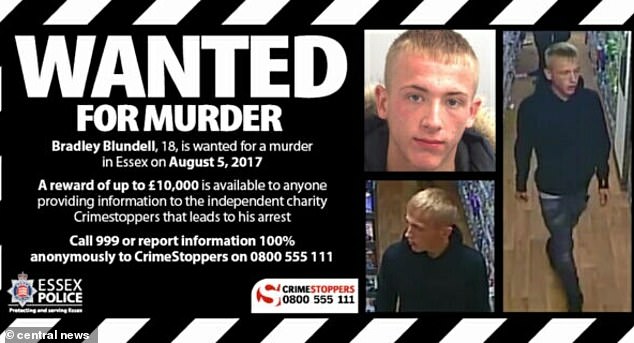 Wanted posters were made after Blundell went on the run in France, Holland and Germany

Giving evidence, Blundell admitted hitting Mr Pordage with a cosh but claimed his friend, who cannot be named, fired the fatal shot.

He said he didn’t see the gun and only heard the shots, but admitted fleeing the country because he was ‘terrified’.

Colgate had initially denied lying in her police interview to help Blundell.

But the teenager admitted she lied because she was ‘panicking’ and ‘scared’ after witnessing the incident.

She said the first time she saw the gun was when he burnt his clothes after the shooting.

Colgate denied she was ever in a relationship with Blundell but said they had been good friends since they were at school.

Judge Charles Gratwicke adjourned sentence but said: ‘Bradley Blundell have been convicted of the vicious murder of John Pordage.

‘I’m not going to pass sentence on you today. You should prepare yourself for a life sentence.’

'VeggieTales' is 'racist' and 'dangerous' for children, California students claim

How old is RuPaul, what does he look like in and out of drag and what's his net worth?
World News