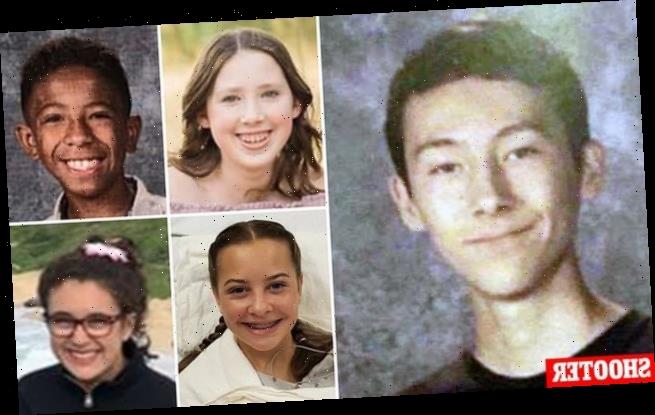 Teen gunman in Santa Clarita shooting dead from his injuries 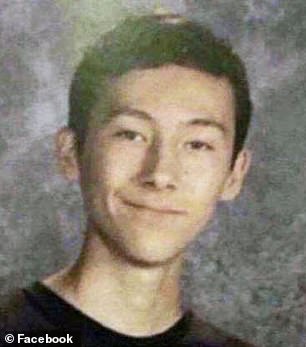 Nathaniel Berhow, 16, shot five people, counting out his rounds, then turned his gun on himself

The 16-year-old boy who shot five fellow students – killing two – before turning the gun on himself Thursday at a Southern California high school has died.

The Los Angeles County Sheriff´s Department said that Nathaniel Tennosuke Berhow, 16, died at about 3:30pm Friday at a hospital with his mother present.

Berhow was filmed on surveillance cameras calmly retrieving a .45 semi-automatic rifle from his backpack at Saugus High School in Santa Clarita, California at around 7.30am on Thursday.

He then fired five shots, counting out each one, before turning the gun on himself to use up his last bullet in a failed suicide attempt, which left him in critical condition.

The entire shooting was caught on surveillance cameras inside the school. Footage of the incident has not been released.

Berhow killed 14-year-old Dominic Blackwell and 16-year-old Gracie Muehlberger, and injured Mia Page Tretta, another girl called Addison and a teenage boy who has not been named.

Mia and Addison remain in the hospital but are expected to survive. The teenage boy was released from the hospital on Friday morning. 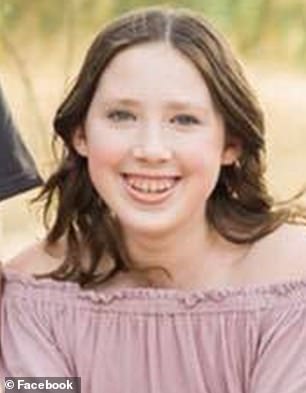 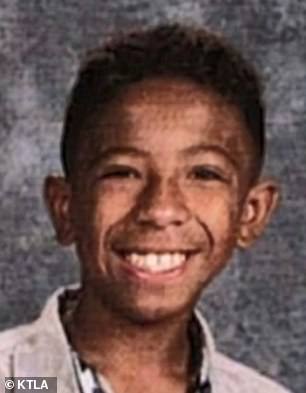 Police have not yet been able to determine a motive for the shooting.

At a press conference on Friday, LA County Sheriff Alex Villanueva said: ‘We did not find any manifesto, any diary that spelled it out, any suicide note or any writings which will clearly identify his motive behind this assault.’

He did say that authorities had recovered an additional six weapons in the suspect’s home, on top of guns that were registered to his late father, and the rifle he used in the attack.

Police have not yet revealed whether that gun was registered or not. It is being examined now in a crime lab. 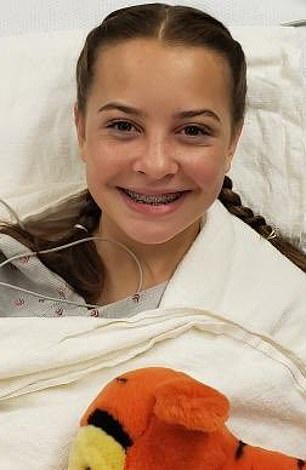 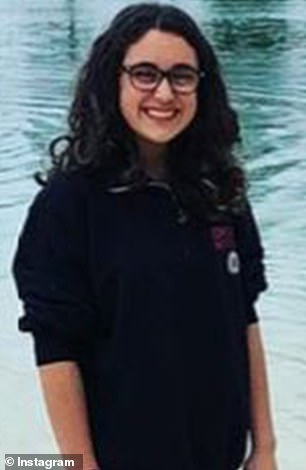 A girl, named only as Addison (left) survived the shooting and remains in the hospital. Mia Page Tretta was also injured but is expected to make a full recovery

Berhow gave no warning of what he was about to do, the sheriff said.

‘He was just standing by himself, at one point walked to the center of the quad, withdrew the firearm and just started firing,’ Villanueva said, adding that he looked ‘very familiar with a firearm’. 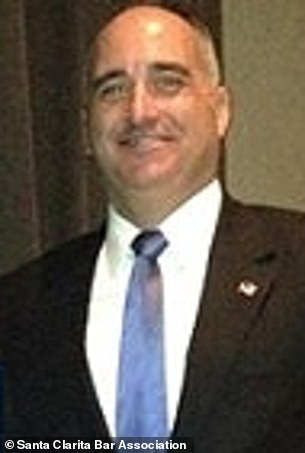 The three who were injured were able to run from the scene and take refuge in classrooms until help arrived.

Gracie, Dominic and Berhow were all lying in the middle of the quad when the first cop – an off-duty officer who happened to be dropping off his girlfriend’s son when the shooting began – appeared at the scene.

He appeared at the press conference to describe running towards the three kids, unaware of which one was the shooter or whether or not there was still a threat.

‘I was on my way to work and dropping off my girlfriend’s son at school, as I passed the school I saw maybe several hundred running off campus.

‘I drove in, asked a student what was going on. He said there were gunshots so I notified the sheriff’s station then I started to enter campus at which point I was joined by off-duty Inglewood police officer,’ Detective Dan Finn said.

He said that by the time he got to the quad, there were ‘no students’ around.

‘The vast majority either exited or had been safely secured. As I came around to the quad area, I saw three of the victims laying on the ground,’ he added.

Detective Finn said he did not know or think to investigate which of the students was the shooter.

He also was not immediately thinking about his girlfriend’s son, he said. 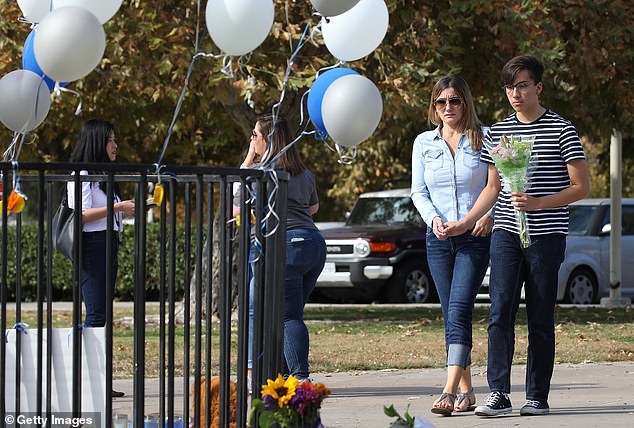 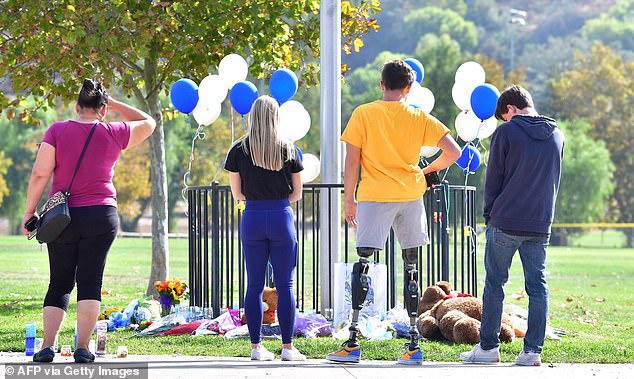 ‘I wasn’t aware of who the shooter was at that time.

‘Myself and the Inglewood officer and an additional LAPD officer and school administrator, we began to give medical aid to all three of the victims until the arrival of the fire department.

‘There were suspicions [of who the shooter was] but nothing conclusive. I’ll be honest, my main concern was securing the scene, treating the victims and trying to make sure there wasn’t an additional shooter on campus,’ he said.

The two other cops he was referring to were Inglewood police officer Sean Yanez and LAPD officer Gus Ramirez.

The school is no longer a crime scene, but it remains unclear when classes will resume.

The mayor of Santa Clarita also appeared at the press conference.

She said the community had been thoroughly shaken by the attack but that they ought to pull together. 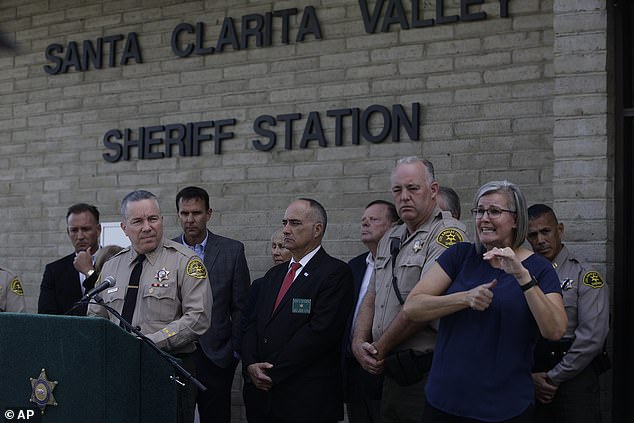