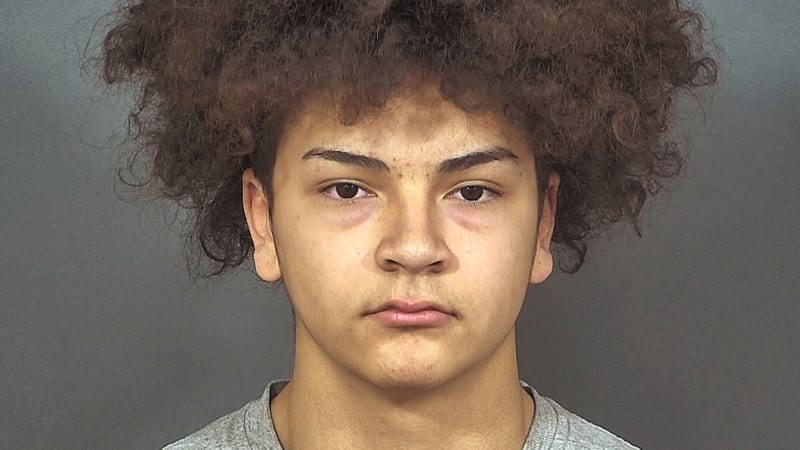 The football team at Indiana's Mishawaka High School spent Sunday preparing to celebrate the close of its "stellar" season with a banquet.

By the time the festivities began, though, the day had turned horribly dark.

Earlier that morning, police had made a grim discovery in an alley dumpster: the body of team manager Breana Rouhselang.

And one of the team's players, Aaron Romeo Trejo, was suspected of killing her.

"Families came to what was supposed to be a celebration and instead (we) learned of this tragic event," schools Superintendent Dean Speicher told The Indianapolis Star.

Trejo was charged on Monday with murder and feticide in St. Joseph County Superior Court. He was scheduled to be arraigned on Tuesday afternoon.

During police questioning, Trejo said he killed Rouhselang, an act he had been pondering for about a week, according to court documents.

He said he knew she was pregnant and that he was apparently the unborn child's father. 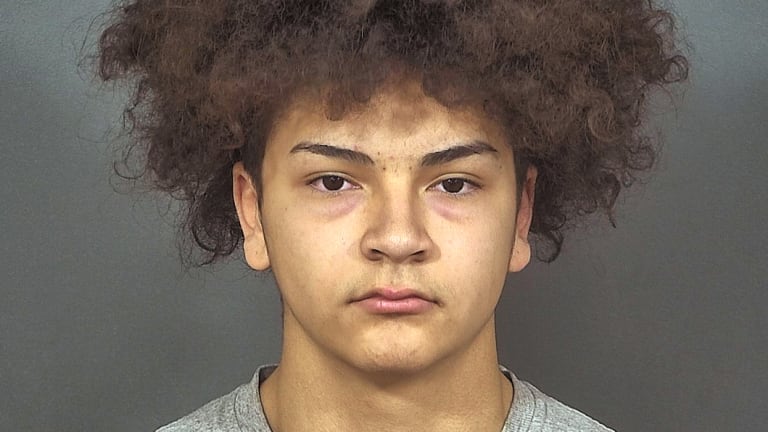 Aaron Trejo, an Indiana high school football player, told investigators that he killed a 17-year-old schoolmate because he was angry that she waited so long to tell him she was pregnant with his child.Credit:St. Joseph County Jail via AP

Neither of the teens wanted a baby, Trejo told police; but he said Rouhselang had "waited too long to tell (him) about the pregnancy to get an abortion," the documents state.

In Indiana, a woman cannot legally receive an abortion after 20 weeks of pregnancy, except in extreme circumstances.

An investigator with the County Metro Homicide Unit asked Trejo "what he did about that," according to court documents.

The teen allegedly replied: "I took action … I took her life."

A recent Washington Post analysis of more than 4,000 killings of women in 47 major US cities found that 46 per cent of the women died at the hands of a current or former intimate partner.

It was unclear whether Trejo and Rouhselang, who had known each other since elementary school, were in an ongoing relationship. Speicher, the superintendent, said that if a history of violence existed between the two teens, he was not aware of it.

"To our knowledge, there were no signs," he said. "Everything appeared to be very normal."

Rouhselang, reported television station WNDU, had been a cheerleader and softball player at the high school in Mishawaka, a town of about 48,000 people 100 miles east of Chicago, near the Indiana-Michigan border.

The school of 1500 remained open Monday for "all students to come and be around those who care for them," according to a statement. Some students gathered for a silent vigil around the school's flagpole, reported the South Bend Tribune.

"The thing is that most of us are fathers, and any senseless death is very upsetting, but when you're talking about young people, it's more so," St. Joseph County Deputy Prosecutor Chris Fronk told WNDU. "Victims' (and) suspects' families, those are the kind of people we keep our focus on, because they didn't choose this."

Her mother woke at 1am on Sunday to discover that Rouhselang was not home. The teen had planned to meet Trejo in the alley behind their house at 11pm the night before but never returned.

Rouhselang's mother went looking for her at Trejo's house a few blocks away, according to court documents, but he said Rouhselang had never showed up for their alley meeting.

Rouhselang's mother called her daughter's friends without success. Then, she called police.

Authorities soon spoke with Trejo, who was perhaps one of the last people to see or talk to Rouhselang. Again, he said she never came to meet him.

Next, police searched the alley, where they found glasses and a bloodied stocking cap – both identified as Rouhselang's by her mother. Officers soon found more blood. Then, they found Rouhselang's body in a dumpster behind a nearby restaurant.

Police took Trejo and his parents to the station.

Trejo's family, a detective later wrote, was given an outline of the investigation, conferred in private and then waived its right to discuss the case with an attorney present.

He had reached out to her for the first time in months to see how her pregnancy was going, he told police, and they had arranged a meeting. He sent her a text message when she didn't appear, he said, but she never answered.

He said he did not know where Rouhselang had gone.

But after taking a break from questioning, Trejo changed his story, according to the affidavit.

Now, the teen said that he had indeed seen Rouhselang that night. The two fought over the pregnancy, the court documents state, and Trejo said he stabbed Rouhselang in the heart with a knife he had brought from home.

"Aaron chose to use a knife because he thought it would kill Breana quickly," a detective wrote in the affidavit.

Trejo told police he placed a black plastic bag, which he had also brought from home, over Rouhselang's head and torso. He put her body in the dumpster, he said, then walked to the St. Joseph River, where he threw his knife and her phone into the water.

An autopsy confirmed that Rouhselang died of stab wounds. It also found that she had been choked, her scarf tied tightly around her neck.

"I've known her since she was 6," her stepmother, Nicole Rouhselang, told reporters. "I just don't understand it."

By Monday, the crime scene in the alley was clear. A local resident, Christina Clark, told South Bend's WSBT that she had placed some flowers there "to bring a little bit of beauty back to sort of a darker space right now."

"It's a terrible thing that happened in this neighbourhood," Clark said, "to someone who was very, very bright."