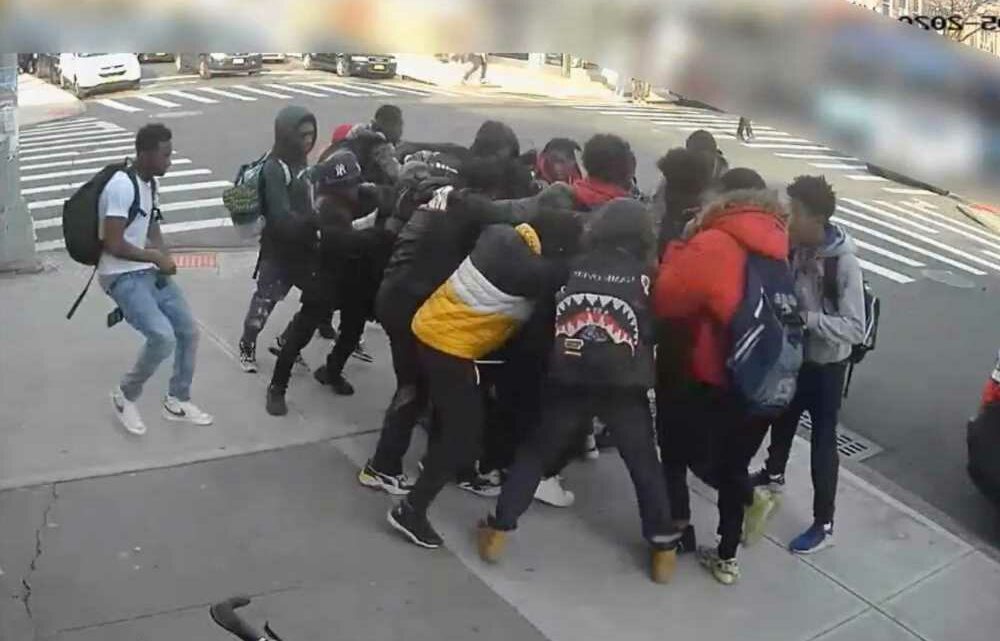 An alleged gangbanger charged in the brutal beatdown of a 15-year-old girl over her Air Jordans last year has been busted on a pair of gun charges, The Post has learned.

Jahrell Madison was arrested Tuesday outside his house on Sterling Place in Prospect Heights and charged with two counts of criminal possession of a weapon, according to police and sources.

Sources said the 19-year-old, who is allegedly part of the Stain gang, had a .38-caliber handgun on him and was wanted in a prior shooting incident, the details of which were not immediately known.

Madison was one of the 12 teens arrested in connection to the attack on a 15-year-old girl on March 5, 2020 in Crown Heights, sources said. The girl was pummeled and stomped on during the caught-on-camera assault — before the crew made off with her white Air Jordan 1s.

Two months later, 16-year-old Tyquan Howard was shot dead in retaliation for the beatdown, according to NYPD officials.